Creators and actors help to bring characters to life, but the location managers and scouts recreate reality and in some instances, even create the worlds of dreams. Without realistic locations and settings, whether a real life city or a fantastical world, shows would not be able to transport people into fiction-scape without the incredible work of location scouts, but how does reality stack up against the world of make-believe? 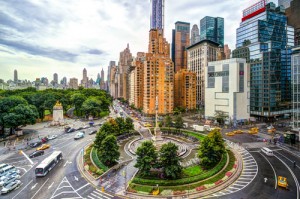 Many filmings takes place within “the zone,” about 30 miles around Columbus Circle.

On the TV show White Collar, New York City is the real deal. Neal and Peter, a criminal informant and a by-the-book FBI agent, respectfully, work in NYC and solve cases from Manhattan to Battery Park. According to Joshua Shull, one-time location scout for the USA Network show, New York incentives help to keep the city alive in TV and feature films.

“The film industry in New York tries to stay in what we call ‘the zone,’” says Shull. “Because of Screen Actors Guild rules, we can’t go further than thirty miles outside of Columbus Circle. When we’re filming a project in New York, to get the tax incentive, which the state offers, we try to stay 30 miles within Columbus Circle, and it’s amazing how much is in that 30 miles.”

Sometimes shows head outside of the usual New York and Los Angeles taping areas as did Breaking Bad and The Walking Dead. Breaking Bad was set and filmed in Albuquerque, New Mexico, where now locals pay homage to Walter White and the series with walking tours, biking tours, and even blue ice bath soaps, candy, donuts, and cocktails. The Walking Dead is set in Georgia, filming a majority of the episodes around the Atlanta metropolitan area. Here, you can take a 13-stop bus tour, culminating important sites from the show’s history, including Rick’s house. 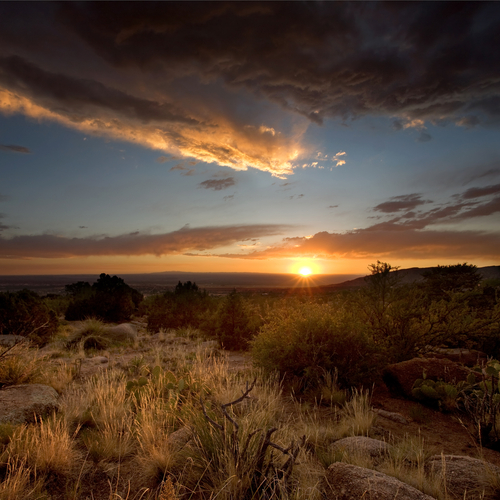 In order to keep authenticity, many TV shows are shot on location, not in studios in New York or Los Angeles, like Breaking Bad in New Mexico.

When shows are unable to film in the “true” location, location scouts make the setting feel authentic. In the fourth season opener of White Collar, Neil escapes prosecution to Cape Verde, a small island off the coast of Africa. Unable to film that far away from the USA mainland, White Collar’s crew headed to Puerto Rico.  For the New York-based Gossip Girl, most scenes were filmed on location at well-known places such as the Japanese restaurant Geisha and the New York Palace Hotel bar Gilt. Sites away from the city, like Yale University and Cooper’s Beach, were substituted by New York landmarks such as Columbia University and Rockaway Beach. 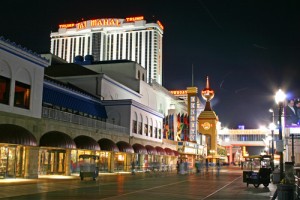 Boardwalk Empire strives to be authentic with its locations, which is quite difficult when attempting to film Prohibition era Atlantic City. Instead, the producers, designers, and location scouts shoot scenes in historic Park Slope, a section of Brooklyn, at the Commandant’s House in Vinegar Hill, with additional filming in Ditmas Park, Staten Island, Queens, and even a built set in Greenpoint where designers have recreated the 1920’s Boardwalk.

Game of Thrones films around the world, including Fort Ricasoli in Malta.

The location managers of Game of Thrones have a slightly different task when choosing their shooting sites. While the aforementioned shows take place in real cities, Game of Thrones must bring the fictitious Seven Kingdoms of Westeros to life. To do this, filming takes place in a Belfast studio as well as on location in Northern Ireland, Scotland, and Iceland, among others. Despite its fantastical premise, much of the on-location shoots include historical sites, such as Fort Ricasoli in Malta, the walled city of Dubrovnik in Croatia, and Ait Benhaddou in Morocco, which is also a UNESCO World Heritage Site. In Northern Ireland, Belfast, and Iceland, fans of the show can take guided or self-guided tours of the GoT shooting sites and experience Westeros for themselves.

Check out our interview with Joshua Shull in On the Go: A Magazine for Travelers and a list of his travel favorites here.