#GOGOEats on Vacation in Hawaii, Bermuda, and Barbados

Let’s admit it. On vacation all bets are off, and diets are out the window, so where do you go to indulge? It’s no surprise that resorts step up their culinary chops to meet the growing crowds seeking out fine, trending, or international fare, and #GOGOEats brings you the best in culinary discoveries on Twitter and here, on The Journey. Check out these scrumptious masterworks from Hyatt Hawaii, Fairmont Hamilton Princess, and Sandals Barbados. 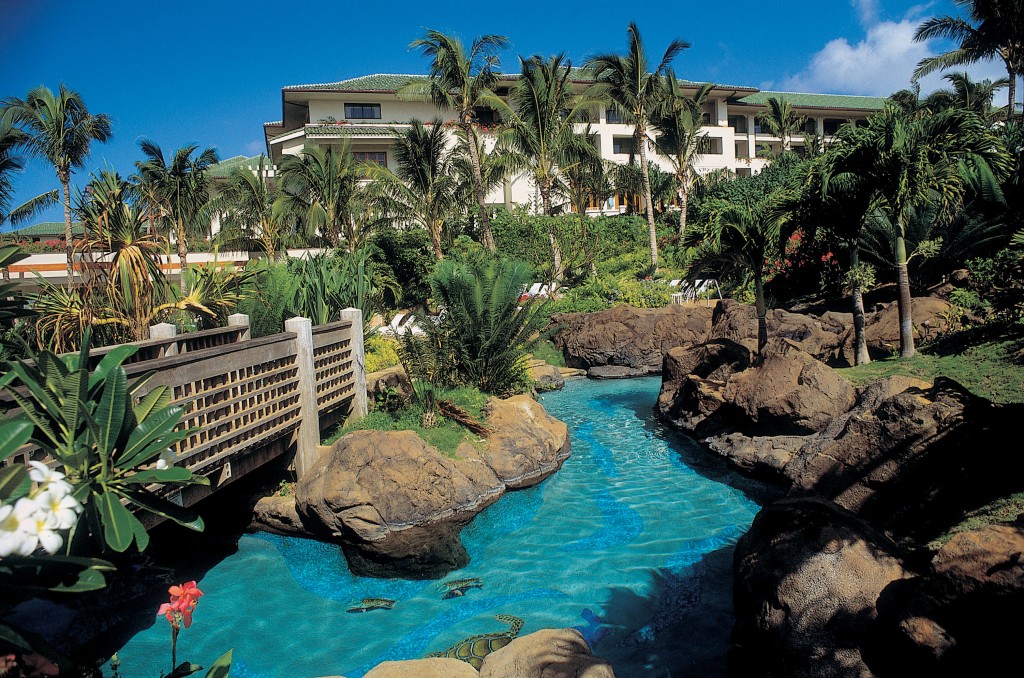 Taste the world while on vacation at Hyatt Resorts in Hawaii. 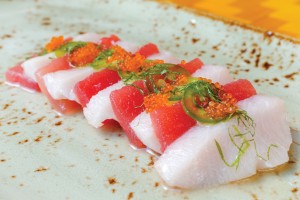 Memorable dining experiences are their specialty at the Hyatt Hawaii resorts, and we’re not the only ones noticing. Zagat has named Grand Hyatt Kauai Resort & Spa’s Tidepools as one of the top five restaurants on Kauai for ambiance, exceptional food and service. Some of the ways the Hyatt has found success include a 1,000 square foot garden to source Hawaiian chili peppers, basil and other herbs with occasional vegetables as well as supporting local fisherman for the freshest catches.

Over on Oahu the Hyatt Regency Waikiki Beach Resort & Spa has taken up the ambitious task of creating their own honeybee colony to counteract the declining global population. This last August was their first harvest allowing for fresh new creations featuring their successful worker bees’ results. At SHOR, they’re shaking up the Bee’s Knees, a concoction of Hendricks Gin, triple sec, lemon juice and house honey with honeycomb garnish from the hive. The new program is called “Hula Meli” which translates to “dancing honey” in Hawaiian, and we’re thinking the Bee’s Knees will get you dancing, too.

Thinking about heading to Hawaii? Check out the Big Kahuna Sale, now going on at GOGO Vacations, including a fifth night free and a buffet breakfast daily for two!

The new Sandals Barbados reopens in January with delicious new restaurants and flavors.

When it comes to all-inclusive vacations, one of the first questions travelers have is, “How’s the food?” With Discovery Dining at Sandals Resorts, they’re bringing the world table to their guests with over 140 restaurants incorporating 18 international cuisines throughout their properties. The latest to open in January, Sandals Barbados, will be home to 11 tastes including Sandals first Indian restaurant, Bombay Club. If you’re not in the mood for Biryani, don’t fret. You can go for a traditional, juicy filet mignon at Butch’s Chophouse; Neapolitan-style brick oven pizza at Dino’s Pizzeria; dinner and a show from the teppanyaki chefs as they flip the shrimp at Kimonos; or binge on classic British pub grub at the Drunken Monkey. 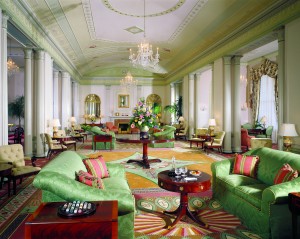 The world-class Fairmont Hamilton Princess in Bermuda creates a gastronomy discovery of exquisite tastes and dishes.

Down in Bermuda, Celebrity Chef Marcus Samuelsson will be opening Samuelsson at HP this spring at the Fairmont Hamilton Princess. While Samuelsson is well known for his own heritage of being Ethiopian born and raised in Sweden, which has influenced his menus throughout his success; this new concept will be layered with the history of Bermuda, fusing a mix of Caribbean and Portuguese ingredients in the unique tongue-tingling ways that only Chef Samuelsson can imagine. The kitchen will be helmed by Chef de Cuisine Leo Marino and Chef de Cuisine Justin Levine who have both impressed the crowds of the renowned Red Rooster Harlem for Samuelsson. This past summer Samuelsson opened a pop-up for two-months to preview the upcoming menu which included his crisp Tuna Caesar Salad Bites.

Want to make them at home? Check out this incredible recipe from the chef himself.

Cook the shallots in the vinegar for three minutes; cool down. Place the eggs in a blender with the anchovy, Parmesan cheese and mustard; blend to combine. Slowly add the grapeseed oil. Place in a bowl and fold in the rest of the ingredients. 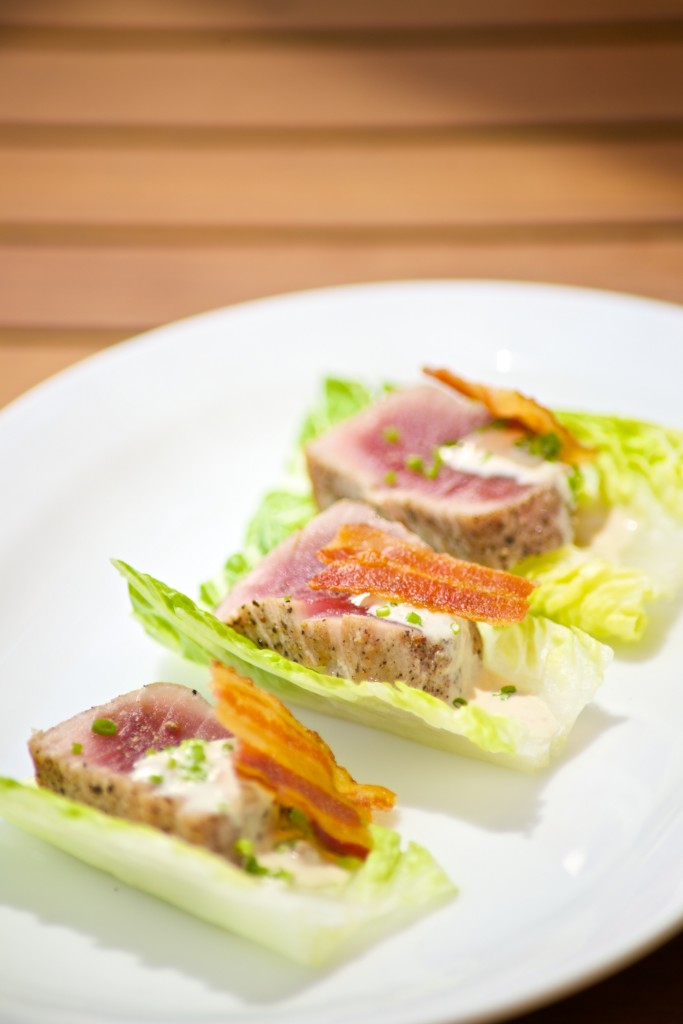 One of the signature recipes of the Fairmont Hamilton Princess, Tuna Caesar Salad Bites deliver the familiarity of tuna and Caesar salad with the fine touches of sushi.

½ of a romaine lettuce heart

Part of the fun of traveling to new places is tasting the local bites, and anticipation makes savoring those bites that much more satisfying. Always anticipate your next bite with #GOGOEats.

Look for more #GOGOEats on Twitter with @OnThego_Mag, and look for the tastes and flavors of Punta Cana in the next issue with Melia Caribe Tropical.