The Beach Boys knew where to take their pretty mama, and can you blame them with the Bermuda Triangle? No, we’re not talking about the mysterious place in the ocean. We’re talking about sunshine, golf, and pink-sand beaches! But don’t limit your adventure to Bermuda to just three things. Experience all there is to enjoy in Britain’s oldest colony! 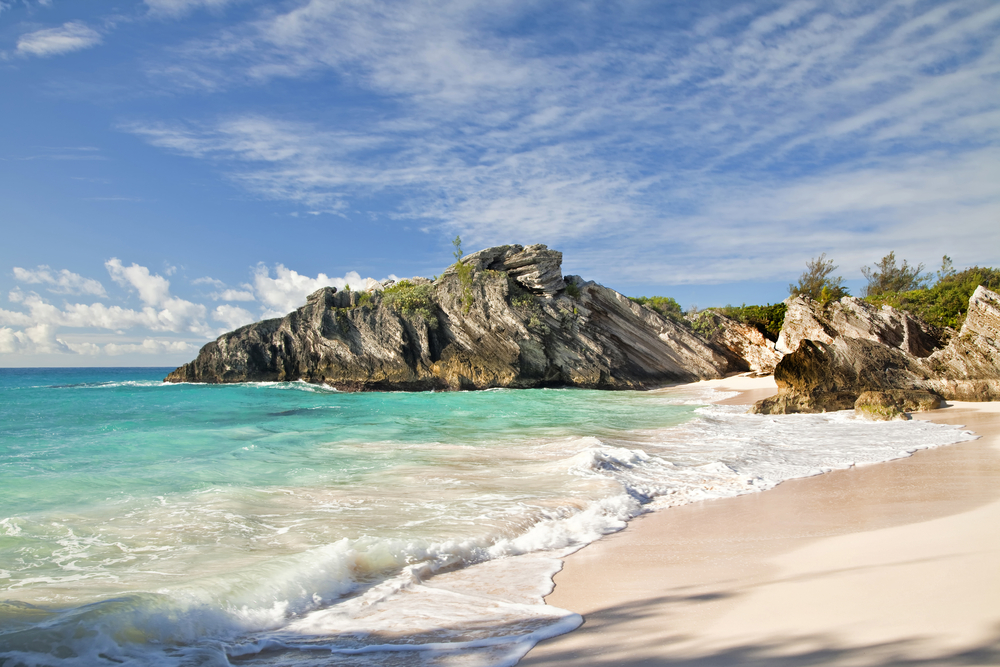 Get to know the island

Bermuda is a quick getaway for East Coasters! Only two hours from New York and Boston, and 2.5 hours from Philly and Miami, Bermuda is actually closer than a flight to Orlando (unless you’re from Miami, but then it’s still quicker by plane to Bermuda than it is by car). If you’ve never been to Bermuda, we’ve got some quick facts to entice, to excite, and to encourage you to book your trip now. 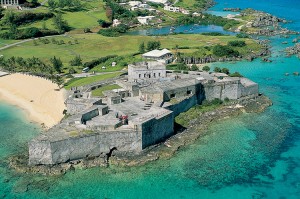 – Bermuda is a unique blend of powdered wigs and reggae music, which comes from its British and African history. The island’s cuisine includes traditional dishes like Codfish and Potatoes, and Hoppin’ John, as well as Bermuda Fish Chowder.

– Forbid yourself to depart this Atlantic Ocean jewel before sinking your toes into warm pink sands! There are no less than 34 unique and beautiful beaches, most of them public.

– Bermuda was colonialized by the shipwreck survivors of the Sea Venture, a ship intended for Jamestown. The crew and passengers landed in the area that would eventually become St. George, which is now an UNESCO Heritage Site with colorful buildings, adventurous forts, and landmark lighthouses.

Related Story: #GOGOEats on Vacation in Hawaii, Bermuda, and Barbados

– Port Royal Golf Course has hosted a PGA Grand Slam for eight years, and we’ll also mention there are seven other courses that we’re sure you’ll love, including a golf academy. 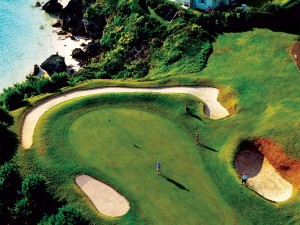 – Bermuda shorts originated from the British military uniform for hot climates, but Bermuda values the integrity of its shorts. The island passed a law—no shorts can be shorter than six inches above the knee.

– When Mark Twain visited Bermuda for the first time, he wrote, “You can go to heaven if you want to, I’ll stay here in Bermuda.”

Not certain yet? Fiiiiine. We’ll curb your fears. The infamous Bermuda Triangle does not actually exist. The phenomenon was debunked in the 1970s as hurricanes, waterspouts, and other natural occurrences are believed to the culprit, not supernatural forces.

We talked about those pink beaches, right? There’s more reasons than just that (though that’s a really good reason) to head to Bermuda’s sun-kissed sands. 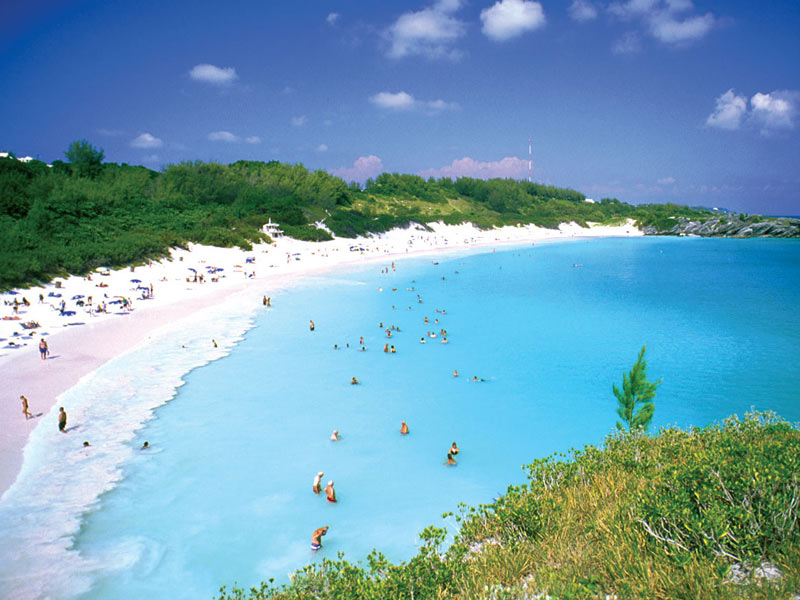 Families: Bermuda’s most celebrated beach, Horseshoe Bay is a long, sweeping crescent of pink sand with more public facilities than any other beach on the island.

Snorkeling: The crystalline waters of picturesque Jobson’s Cove are calm and shallow in most places, ideal for snorkeling amid colorful marine life.

Not sure when to book your Bermuda trip? How about during one of this world-class events?

Oct. 15-18—Louis Vuitton America’s Cup World Series—The best sailors in the world will converge in Bermuda’s Great Sound for the pinnacle of international sailing in June 2017, but this October, Bermuda will host an America’s Cup World Series race event, the first stage of competition. The weekend also includes fish fries and regatta, a silent auction, fireworks, a racing village, and more.

Nov. 8-14—Don’t have your British on yet? Don’t worry. The World Rugby Classic comes to Bermuda this November with the world’s best teams. Watch as Argentina, France, Canada, New Zealand, South Africa, Italty, the Classic Lions, and yes, even the U.S.A. team battle for the championship.

Dec. 12—The Bermuda Christmas Boat Parade is the island’s largest spectator event. A colorful competition, the parade offers brilliant lights and displays as the ships sail across Hamilton Harbour. 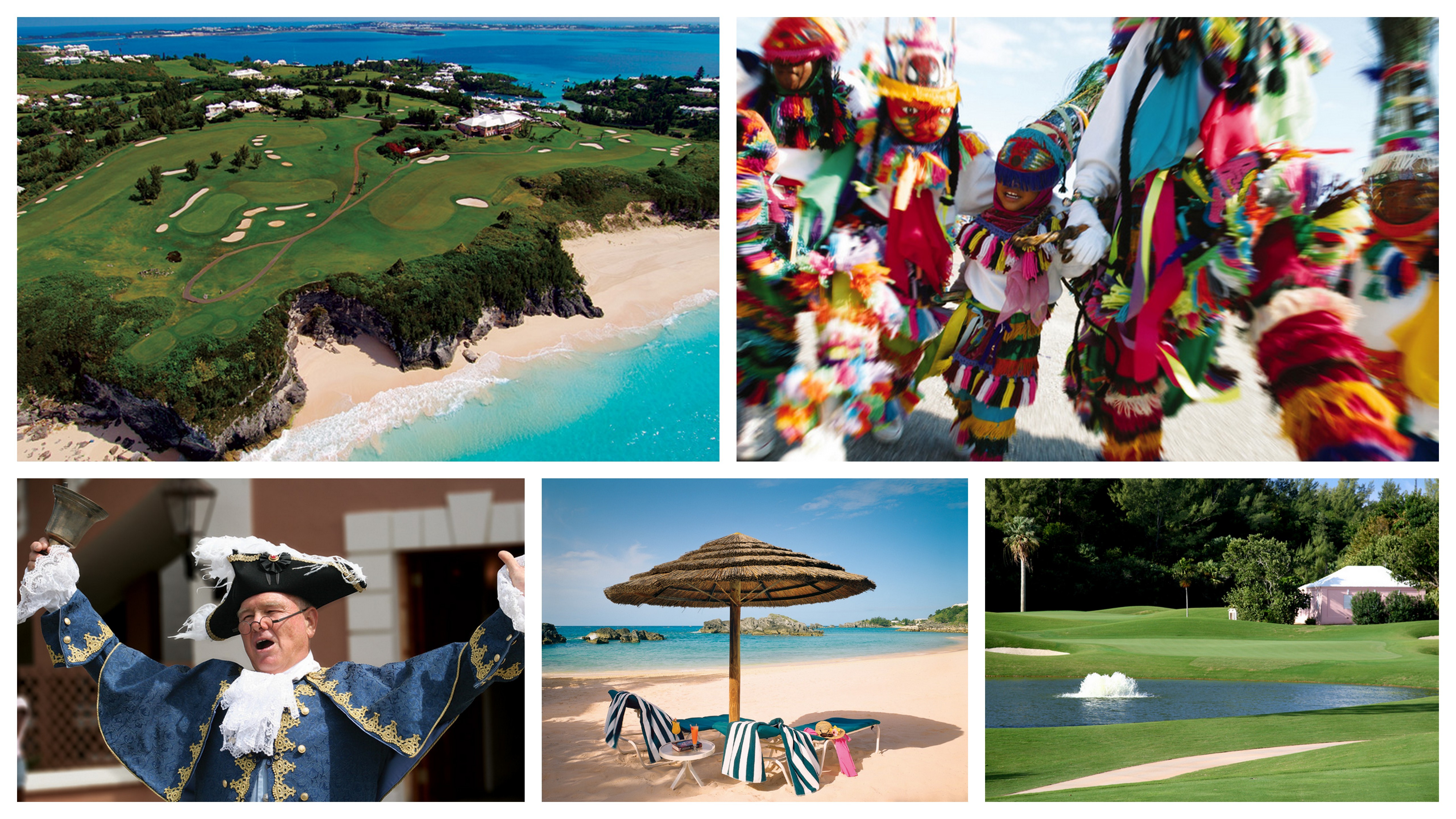 So listen to The Beach Boys, Mark Twain, and our editor Phil, who celebrated his honeymoon on the island. Bermuda is paradise! Book your escape there now!