Our Top 10 Most Anticipated Attractions of 2016

Theme parks are in a constant duel to outdo their competitors, and guests are the winners with new and exciting attractions opening every year. From Orlando to Hollywood, from roller coasters to immersive environments, here is the rundown of the most anticipated rides and experiences coming to theme parks in 2016.

The excitement of this new Islands of Adventure attraction comes in its ambiguity. Not much is known about Skull Island: Reign of Kong other than the larger-than-life set of Kong’s home island, the 40-foot-long vehicles, and the extended experience (at almost six minutes). But Universal promises new technology and fun elements, which after the astounding Harry Potter rides, we can’t wait to see.

This new rollercoaster, peeling out of the garage in March 2016, takes its theme from the 1950s-hot rod era and will wow riders as the world’s first launched wooden coaster and the world’s fastest wooden coaster. The trains will propel riders from zero to 45 mph more than 20 stories up the lift hill before zooming down a 165-foot drop at a top speed of 73 mph. Other features include a non-inverting half loop, a 90+ degree banked breaking wave turn, and a 90+ degree outside banked turn.

Based upon the popular LEGO sets and cartoon show, NINJAGO — The Ride will train riders to blast fireballs, lightning, shockwaves, and ice in dojos before they head off to battle with the four main characters of the TV series—Kai, Jay, Cole, and Zane. The ride will also thrill with 4D elements, but it’s not just the ride. LEGOLAND is opening LEGO NINJAGO Ninjaland with building stations, reflex and balance tests, Asian cuisine, and a new shopping venue.

The fastest, tallest, longest thrill ride in Central Florida is coming to…SeaWorld? Inspired by sleek and agile eponymous sharks, Mako will be the marquee ride of a new shipwreck-themed area of the park, Sharks Realm. Though the ride will not have any upside-down elements, thrill-seekers will find nine moments of air time, a 200-foot drop, and a top speed at 73 mph during the three-minute adventure. Mako is scheduled to open in summer 2016.

Much like Skull Island: Reign of Kong, not much is known about this attraction coming to the highly immersive Cars Land. Luigi—the tire salesman from Cars—closed his Casa della Tires to visit family in Italy, and he’s returning to Radiator Springs with his cousins, who will perform dances with Cars Land guests. The attraction will use a “trackless ride system,” so that certainly sounds interesting. Plus, any addition to the already enjoyable Cars Land is exciting!

Related: 17 Things You Can Only Do at Disneyland 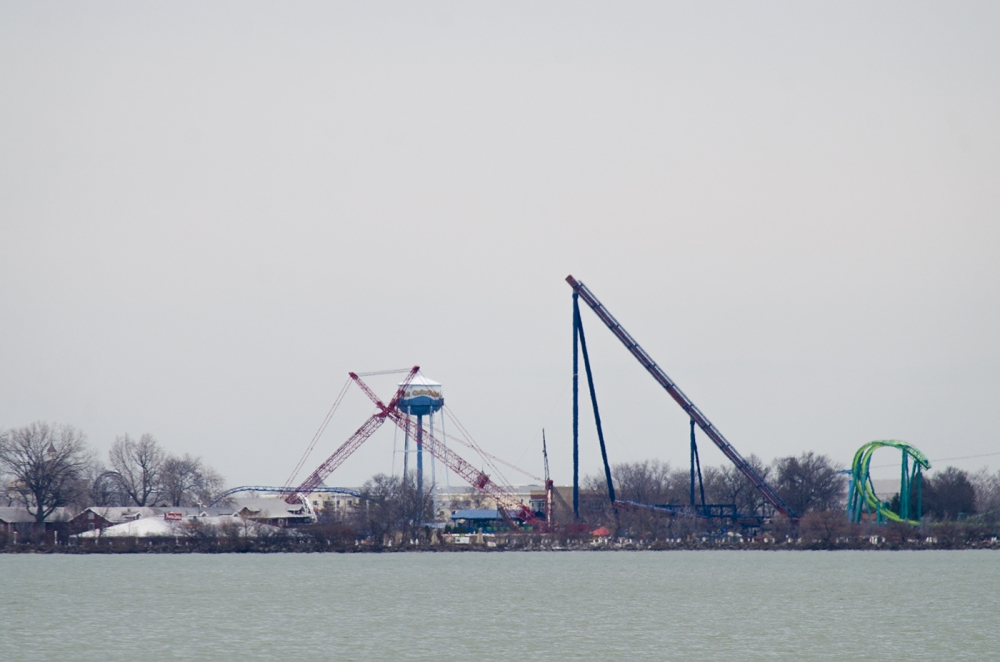 The Roller Coaster Capital of the World adds to its world-class collection with Valravn, the tallest, fastest, and longest dive coaster in the world. Floorless trains, a 223-foot climb at a 47-degree angle, and an all-stop at the very edge of a 214-foot-long vertical drop for the longest four seconds of your life — that’s just the start of this coaster, which takes its first flight this May.

West Coast, it’s your time to immerse in the truly magical world of Harry Potter with your own land at Universal Studios Hollywood, opening April 7, 2016! Many of the fantastic elements mirror those on the East Coast — Hogwarts castle, the shops of Hogsmeade, and the Flight of the Hippogriff. However, this version of Harry Potter and the Forbidden Journey will have “hyper-realistic” 3D-HD, inviting guests to wear Quidditch-inspired goggles for the adventure.

A wooden base with a steel track, The Joker is an insane hybrid roller coaster rising a 100 feet in the air and scaring riders with three inversions, a 78-degree drop, a 180-degree stay, a zero G roll, 15 air time experiences—oh, and the world’s first “step-up and under-flip inverted roll.” That sounds frightening, but that’s exactly what you’d expect from a roller coaster named after Batman’s most horrifying villain. Joker is set to scare in spring 2016.

As if the monster 425-foot Kingda Ka wasn’t an insane enough ride for thrill enthusiasts, the 4D coaster Total Mayhem sends riders flying on the outside of the tracks, spinning 360-degrees before plunging with “beyond 90-degree drops.” Though a similar ride opened last year at Six Flags Fiesta Texas, this coaster is guaranteed to be one of the wildest on the East Coast and a favorite of extreme thrill seekers.

Back in October, my family stopped by Universal Orlando Resort, and my sister shouted, “The Hulk! It’s missing part of its track!” That’s because the coaster closed on back in September, but the theme park promises enhancements to the storyline, ride vehicles, and overall experience. While we’re not exactly sure what’s in store for Dr. Banner, The Hulk currently roars more than 150 feet in the air with a top speed of 67 mph and seven inversions.