Top 10 Things to See and Do in California

“I Love You, California” is California’s official song, and it names pretty much everything in the state save Disneyland (which wasn’t around at the time). And yes, it sounds like an awkward love song, in which the composer, Mary Garden of the Chicago Grand Opera, professes her feelings no less than four times. In fact, she can’t help loving the state.

But what makes California worthy of a love ballad? We’ve found the top ten things to see and do, which will make you fall in love with the Golden State, too! 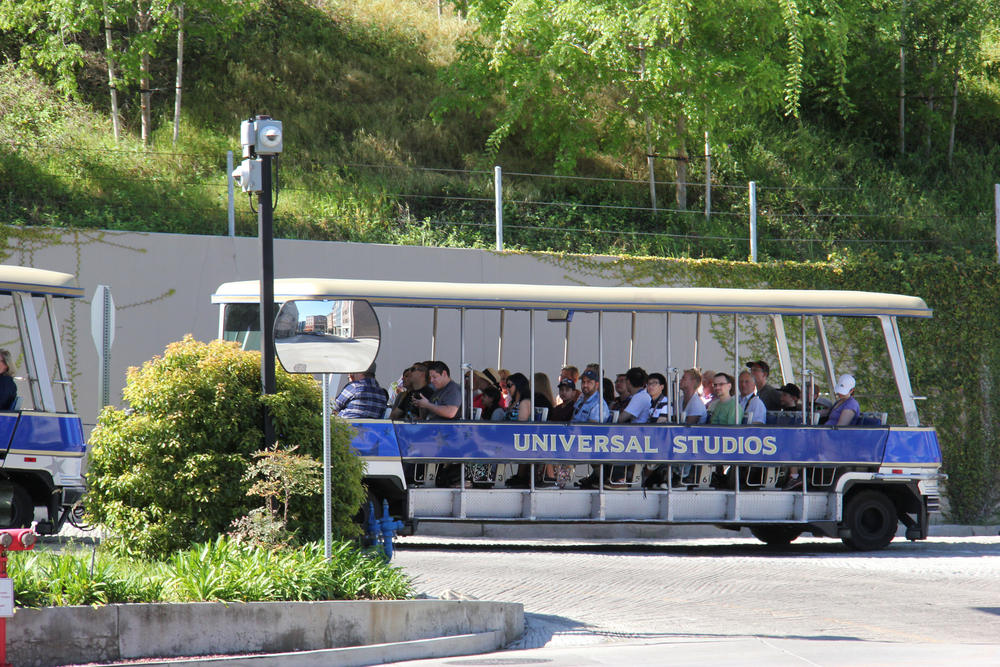 You haven’t been on a studio tour until you’ve been on THE Studio Tour at Universal Studios® Hollywood. If you’ve been to the Florida knock-off (and it really is, compared to the live shooting in Hollywood), then you definitely need to hop on the tram and see the actual sets used in your favorite movies. You can drive through Wisteria Lane and see the leaves left on the Universal parking garage where parts of Jurassic Park were filmed. There are other cool rides at Universal, too, and you’ve never seen a theme park built like this. It’s two-tiered! 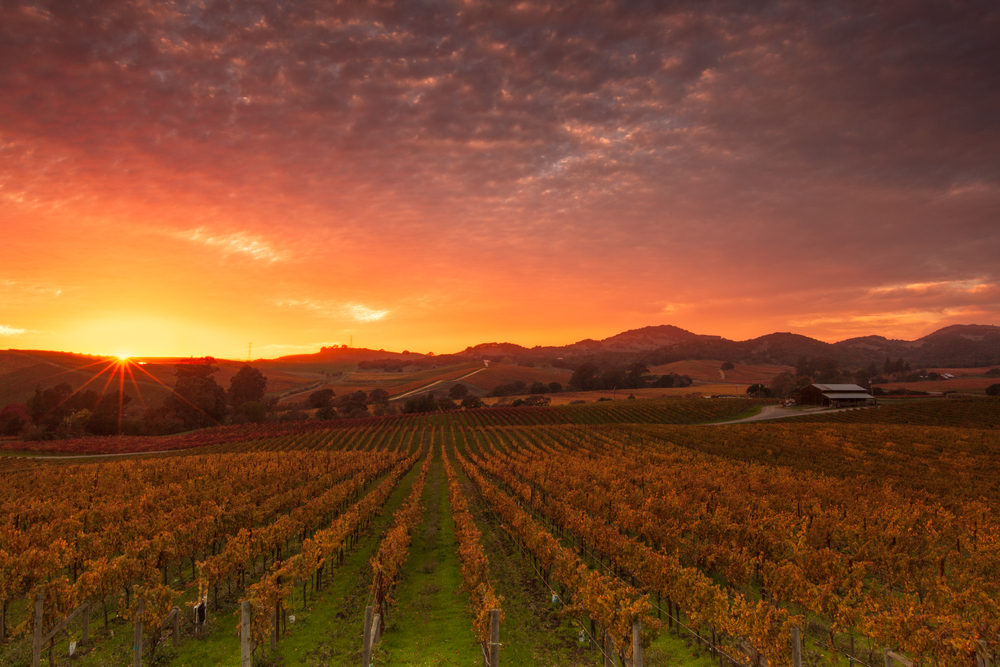 Sophisticated vacationing at its finest, Napa Valley is well-known for its wineries, which you can explore with your loved one. However, the area has quickly become a favorite for bachelorette parties due to its abundance of relaxing activities, such as world-class spas, culinary schools, hot-air balloon rides over the vineyards, and even the Napa Valley Wine Train, which takes you through the heart of the region. Add in a 400-acre wildlife safari, expert golf courses, and a lively nightlife, and Napa Valley is anything but stuffy.

Related: All Aboard the Napa Valley Wine Tree

There’s an argument to be made that you haven’t visited California until you’ve driven across the Golden Gate Bridge, but San Francisco is more than one crossway. Ride a cable car because you might not get another chance. The city has one of the last cable systems in the world, and don’t forget to see the small panel on every car, indicating its origin city. While a prison tour doesn’t generally sound tempting, San Fran has the famous Alcatraz. Walk Fisherman’s Wharf to see the sea lions, and don’t forget to try the authentic sourdough bread and Ghirardelli® chocolates.

Yosemite is one of the premier national parks. With its awe-inspiring waterfalls, some as long as 2,000 feet; the famous Tunnel View on Highway 41; El Capitan Meadow; the Sentinel Bridge with its views of Half Dome and Yosemite Falls; this is one national park that is hard to beat. And none of that includes the tours, biking, ice skating, horseback riding, stargazing, and other activities you can do here. 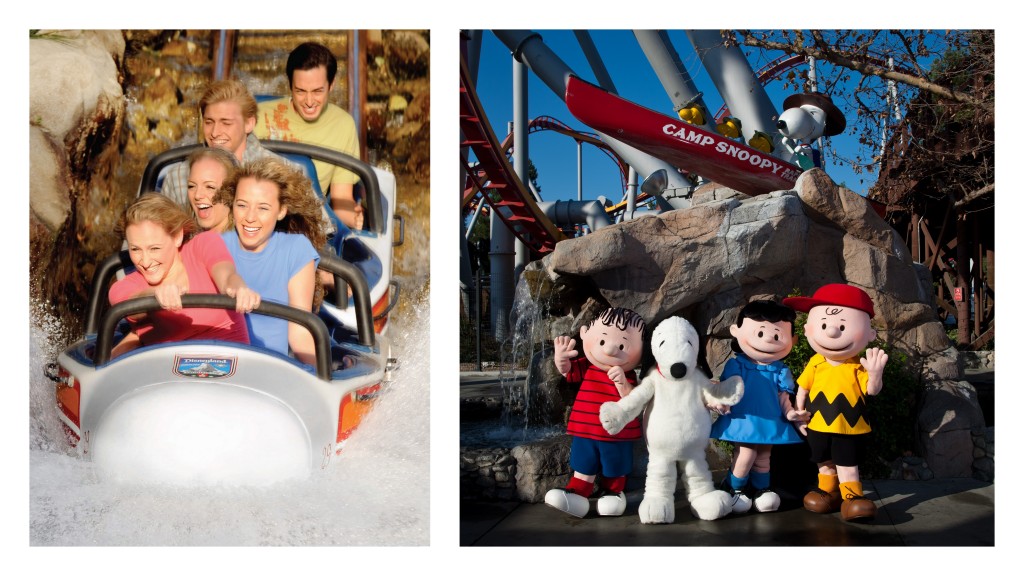 Perhaps we’re cheating with putting Disneyland and Knott’s Berry Farm together, but the two entertainment venues are less than seven miles away from each other. The original Disney park, Disneyland® Resort in Anaheim, is well-worth the trip south of Los Angeles with much of Main Street looking the same way it did on opening day in 1955, and it has unique rides you won’t find in Florida, like the Matterhorn, Indiana Jones™ Adventure, and the Finding Nemo Submarine Voyage. Disney California Adventure Park has been reimaged with Buena Vista Street and the phenomenally built Cars Land (It’s like you’re in Radiator Springs!).

Knott’s Berry Farm is more for the thrill-seekers with 10 roller coasters and even more exhilarating rides, but it’s definitely not as busy as Disneyland. It also has its share of family rides, and with Fast Lane Passes, you’re guaranteed to get on the best rides with little wait times. And don’t forget the awesome preserves and famous fried chicken. 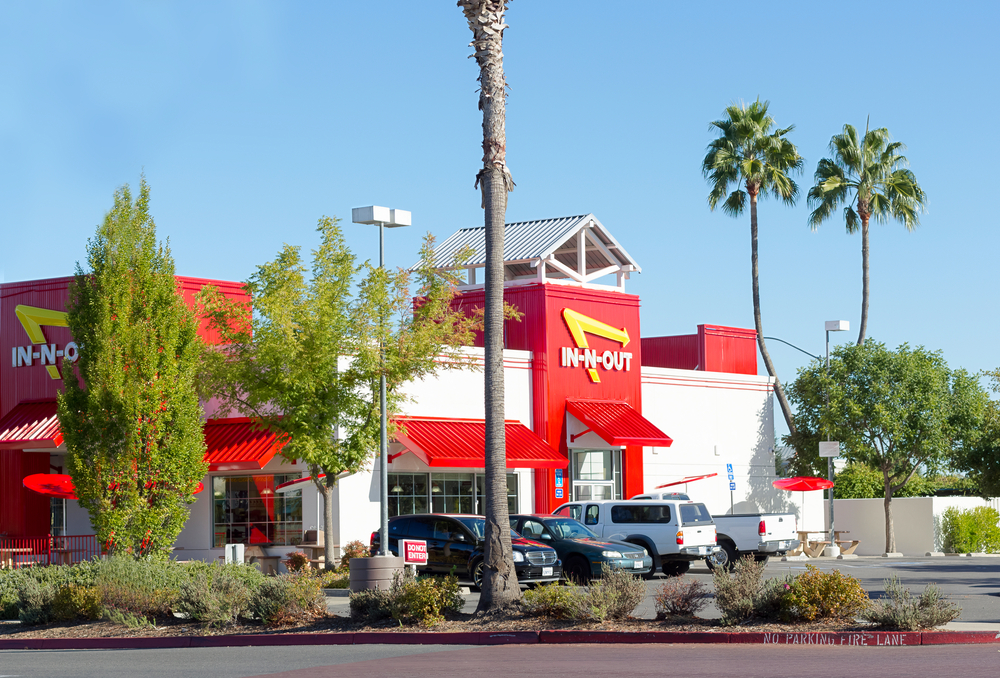 Some say a meal at In-N-Out Burger will change your life. You might laugh because a burger can’t be that good, but guess what? This burger is! In-N-Out offers real American cheese, sponge buns, 100% pure American beef patties, lettuce, onion, and “spread,” which tastes like Thousand Island dressing. And compared to other fast-food joints—well, there isn’t any comparison.

Known as the world’s capital for movie production and celebrities, Hollywood plays host to many of America’s great theatrical icons, like the TCL Chinese Theatre (formerly known as Grauman’s Chinese Theatre or Mann’s Chinese Theatre) with its concrete blocks of celebrity handprints and the single largest IMAX auditorium in the world. It is also home to the eponymously named Walk of Fame, the Hollywood sign (check out the viewing bridges at the Hollywood & Highland complex next to the TCL Chinese Theatre), and numerous tapings, like Jimmy Kimmel Live! Paramount Studios is a Hollywood landmark and the only studio tour in Hollywood, making it a must-see attraction, as is the Dolby Theatre, home to the Academy Awards and numerous movie premieres. 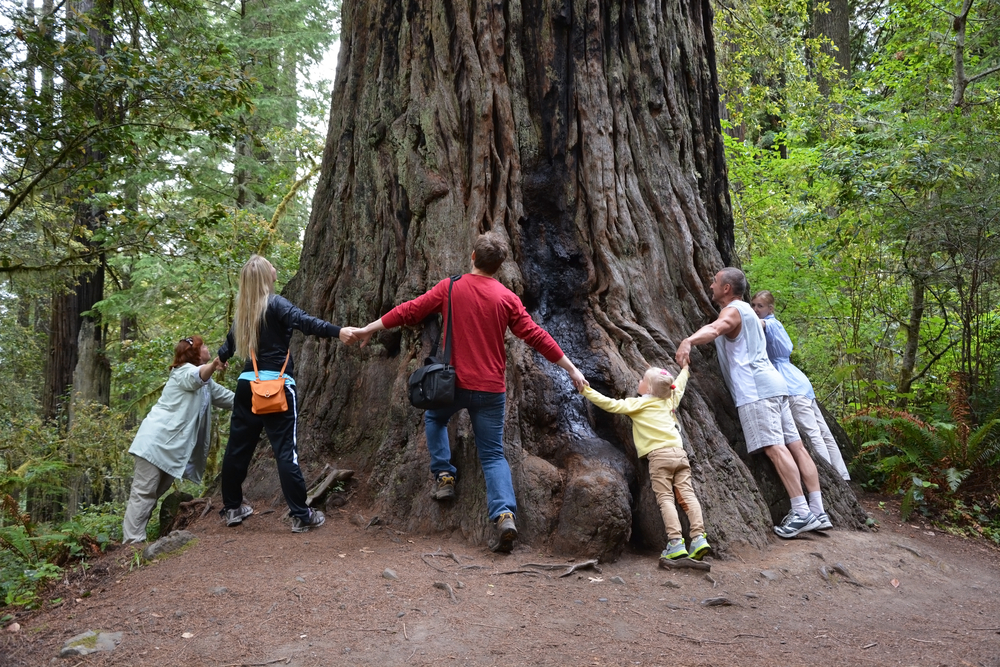 California is home to both Redwood and Sequoia national parks, and though the Redwoods are the tallest trees in the world, we recommend visiting Sequoia National Park. Sequoia trees have been dubbed “Earth’s largest living things,” and they are quite impressive. In the park is the General Sherman sequoia tree, a 275 feet tall tree with a massive trunk at 36.5 feet in diameter and 109 feet in circumference; and Mt. Whitney, the tallest mountain the contiguous states. Adjacent to Sequoia National Park is also Kings Canyon National Park, which is the deepest canyon in the U.S., deeper than even that grand one in Arizona.

Huntington Beach is Surf City USA®, which is routinely named as one of the best beaches in the world. It also hosts the US Open of Surfing as well as jazz festivals, a paintball open, and y’know, a gnarly beach. With amazing resorts right across the street, including the Hyatt Regency Huntington Beach Resort and Spa, you’ll never be far from the water. 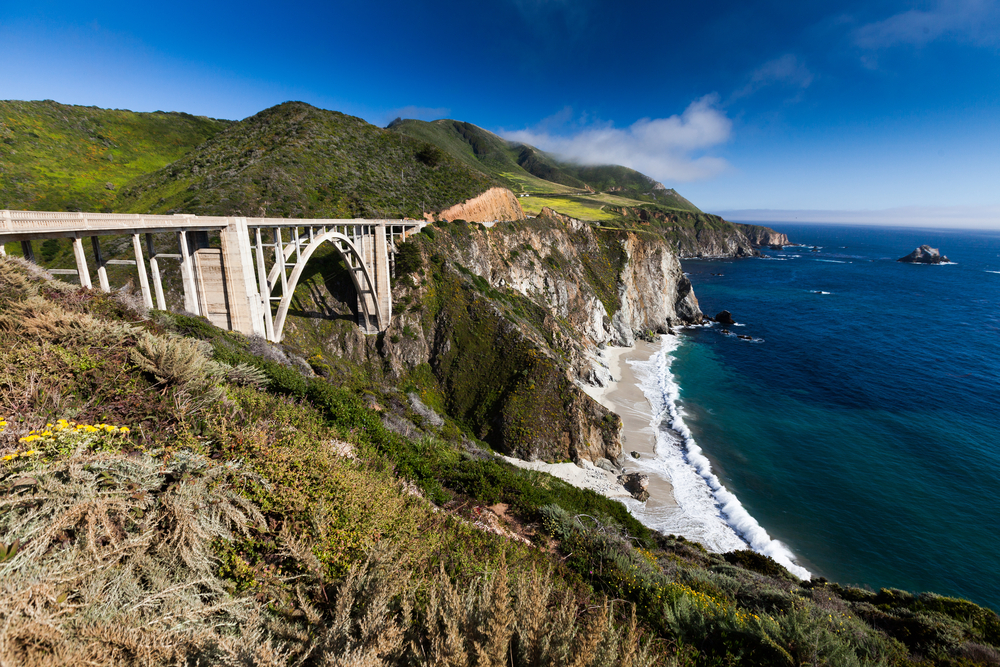 Dubbed an “All-American Road,” Route 1 is one of the most iconic drives in the U.S. for its natural scenic delights as well as its thrilling, windy path along ocean-side cliffs. The 123-mile route includes both the Big Sur Coast Highway and the San Luis Obispo North Coast Byway, starting in historic Monterey and ending in Morro Bay. It winds through the artsy Carmel-by-the Sea with its inns, shops, and art galleries, then explores Point Lobos State Reserve, breathtaking Big Sur, and San Simeon, home of the Hearst Castle. Route 1 also crosses the Bixby Creek Bridge, one of the tallest single-span concrete bridges in the world.

So are you ready to awaken your love for California? Contact your local travel agent today and plan your visit to these top ten places.

(No word yet on if California ever returned Mary’s feelings.)