We’re off to the Caribbean again to sip our way around the islands. With so many paradises filled with bright tropical flavors, the Caribbean has been the birthplace for many of our favorite cocktails. So pull out that checklist and mark these delicious concoctions off on your next trip to the islands. 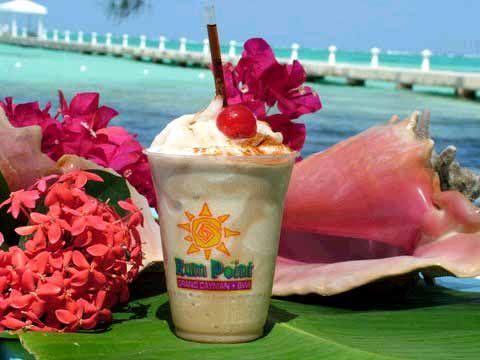 The Original Mudslide of Rum Point.

This decadent frozen favorite was created by a happy accident. While vacationing on the largest of the Cayman Islands in the 1970’s, a traveler was visiting the Wreck Bar at Rum Point and asked for a White Russian. The bartender did not have cream but offered to mix the other traditional ingredients – vodka and Kahlua – with Bailey’s Irish Cream instead. The mixture was so delicious, it earned a permanent spot on their cocktail menu, and the recipe quickly found its way to the mainland.  While you can order a Mudslide from almost any bar nowadays, there’s nothing like enjoying the original with your toes in the sand at Rum Point. 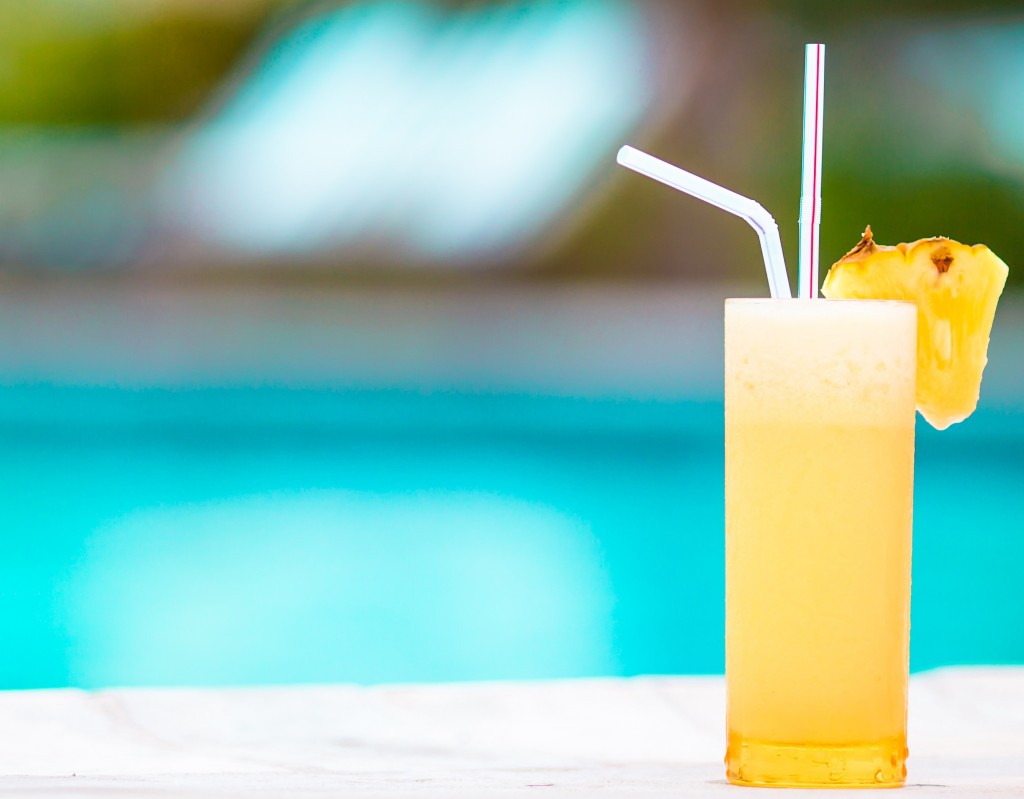 Despite being the smallest of the British Virgin Islands’ four main islands, Jost Van Dyke is accredited with a big accomplishment. In the 1970s – clearly the decade for great cocktails – bartender Daphne Henderson of the Soggy Dollar Bar mixed Pusser’s Rum with four parts pineapple juice, one part cream of coconut, and one part orange juice. Depending on how much pain you’re trying to kill – or how generous your bartender is feeling – this Painkiller can be made with two to four ounces of rum. The drink is shaken, served on the rocks, and dusted with a generous amount of nutmeg. 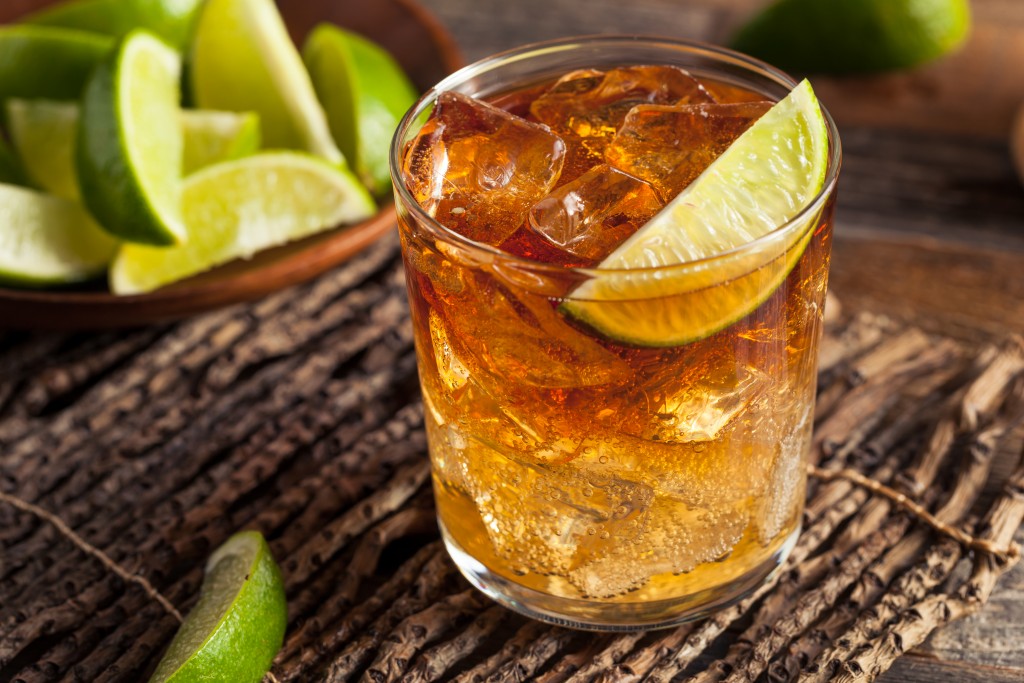 Bermuda lies significantly more north than its other Caribbean brethren, but this island off the coast of the Carolinas is still a favorite of sun seekers. Its other claim to fame comes in a highball glass. The Gosling family began experimenting with dark rum in the 1860s, eventually creating a signature blend that would become the Gosling’s Black Seal. At the same time, the British Royal Navy started making Ginger Beer from their port. It wasn’t long before the two beverages became acquainted. It’s said that a World War I sailor commented that the color of the drink reminded him of a cloud only a fool or a dead man would sail under, thus the cocktail found its name. Today, in order to be considered a true Dark ‘N’ Stormy, the drink must be made with Gosling’s Black Seal rum. 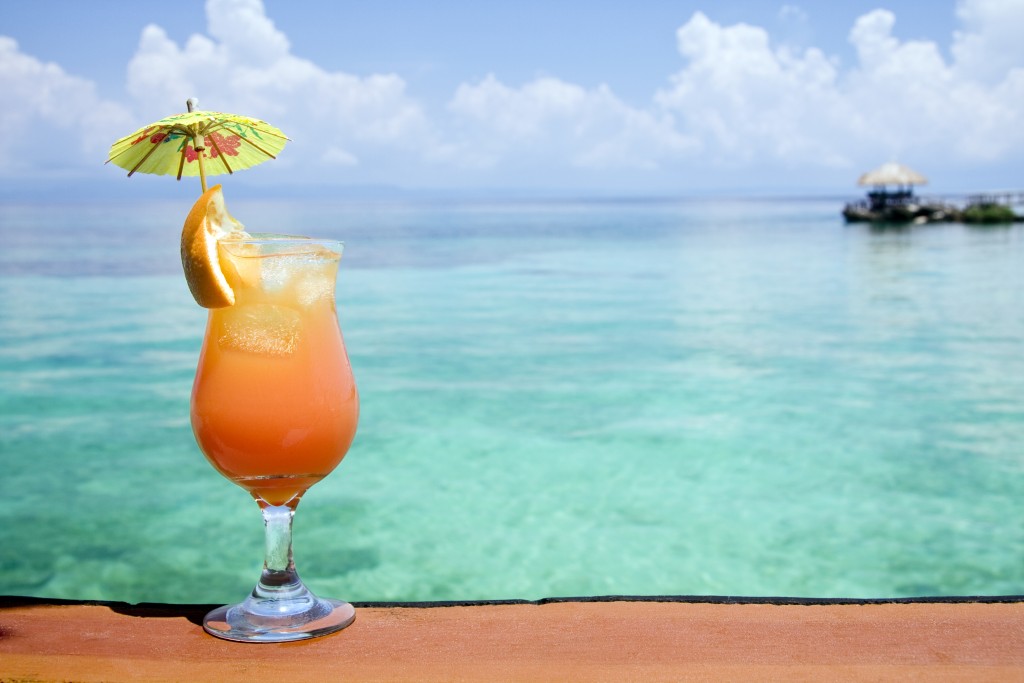 With 700 plus islands making up the chain, the Bahamas have created quite a few tasty beverages. Miss Emily of the Blue Bee Bar on Green Turtle Cay was the drink’s original creator, but the original recipe still remains a secret since the 1960s. However, many bars and bartenders throughout the Bahamas claim to have cracked the case, and you can’t go into a Bahama bar today without seeing it on the menu. Although many establishments create their own versions, almost everyone can agree that the main ingredients include coconut rum, dark rum, apricot brandy, and pineapple juice. You can still visit Miss Emily’s Blue Bee Bar today to try the original, but half the fun is trying this Bahamian cocktail from bartenders across the islands to find your favorite version.

Nothing goes better with sand, sun, and sea than a thirst-quenching tropical cocktail. Be sure to sip on your chosen island’s signature drink on your next escape to paradise. Contact your travel agent to book your tropical adventure and to start sipping your way around the islands now.