What You Need to Know About Disneyland Resort’s Diamond Celebration

When trying to decide on a place for vacation, my mom, sister, and I threw around a bajillion places—from the Four Heads to Florida to French Canada. But eventually, being Disney freaks, we decided on Anaheim for the Disneyland Resort Diamond Celebration, a special event celebrating Disneyland’s 60 years of fun and magic. 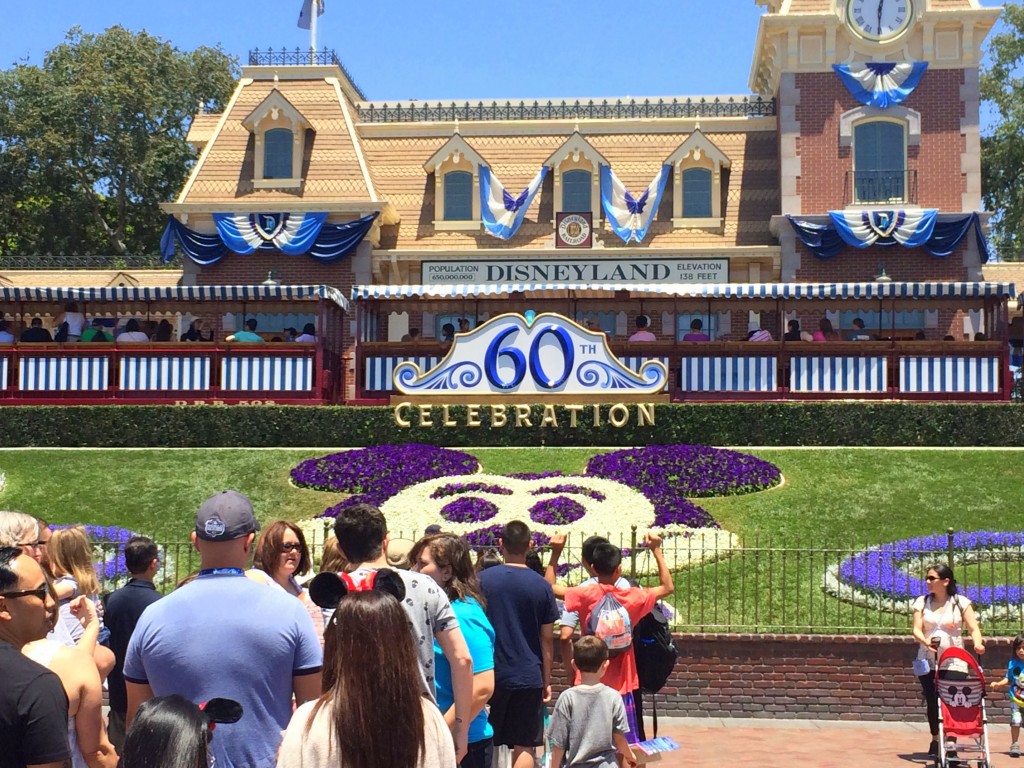 First impressions of the glitter and glam… 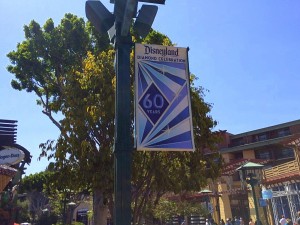 …or lack thereof. Marie (my sister) and I took the park our first afternoon arriving in Anaheim, walking from our nearby hotel, and though the decorations are lovely (think Halloween at Disney with a blue/white/silver color scheme), it was not really anything I hadn’t seen at Disneyland or Disney World before. I wanted to see something new, something different! That’s why we had come to Anaheim.

I drowned my sorrow with water and a burger at the Hungry Bear Restaurant, and Marie and I watched the cloaked actors from Fantasmic! get carded across the Rivers of America on rafts. Still, I enjoyed Disneyland for the next day or so with the family, riding the well-known rides, like Space Mountain (which is better in Anaheim), the Matterhorn Bobsleds (only available in Anaheim), and even Walking in Walt’s Footsteps Tour (can you see a pattern here?).

A great time but again, the celebration was lacking that special dazzle. Where were the sparkling festivities, the moments of new magic, the time when Disney surprises a smile from you? That’s what I craved…

…and I found it that Tuesday night at Paint the Magic, Disney’s newest parade. I’m a Disney parade-watcher, but it’s seriously hard to get me to love their parades. The Pixar Play Parade over in California Adventure is the best.

Paint the Night is a super close second, though. It was that good and presented all the dazzle that Disneyland has promised for the party! The parade kicks off with two Walt’s favorite characters, Peter Pan and Tinker Bell, and continues with Lightning McQueen, a few of your favorite Disney Princesses, and Elsa and Anna, of course. 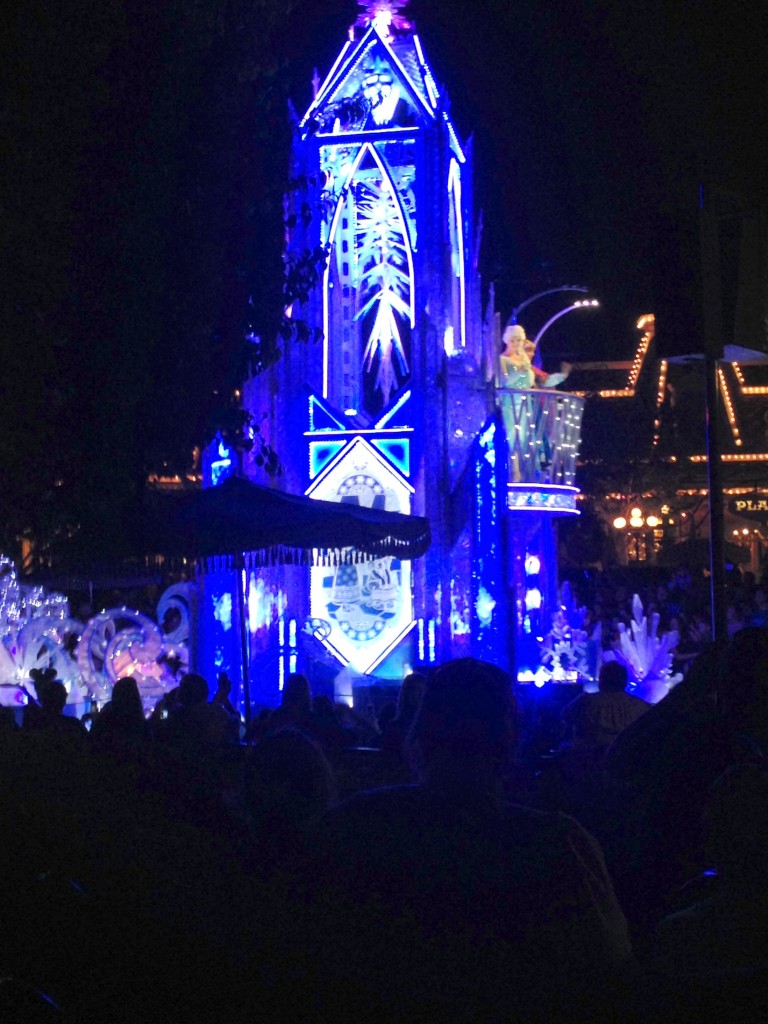 Elsa and Anna are a large part of the celebration!

I would show you more pictures, but I truly believe this parade is something you should experience the first time with your own eyes. It’s one of the magical moments you don’t want to be spoiled from experiencing yourself. I will say this, though. You will clap along to the music, which pays homage to the original Electrical Light Parade but at the same time, sets its own beat, and the light at the end of Tinker Bell’s wand that starts the parade? That’s an original bulb from its predecessor.

Important Tip: Parade viewers on Main Street for the 8:50 procession begin lining up as early as 6:00. If you’re staying of the fireworks, grab a seat semi-early on Main Street. You’ll want be close to the castle, though you’ll find unique elements down Main Street as well. If you’re not going to see the fireworks, then catch the 11:00 showing. No reason to line up three hours before the parade.

I’m not a big fireworks fan, and I have no need to sit back and be reminded that Disney buys more explosives than other company in America (second only to the military!)

Having said that—see this show! It truly is one of the most amazing experiences Disney presents, and yes, it brought my mother to tears. With the right mix of Disney magic plus a word or two from Walt himself, this show balances honoring the legacy of Disneyland’s creator and enjoying the magic that followed. It begins by making the castle sparkle with royal blue diamonds before spotlights actually encase all of Disneyland in a diamond (It’s super cool effect). Then the show takes over all of Main Street, Sleeping Beauty Castle, and even the Matterhorn with effects similar to The Magic, the Memories, and You. 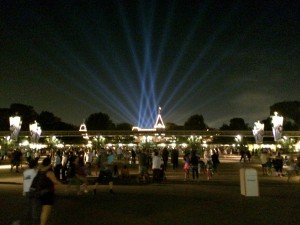 There are more special effects that will surprise that smile from you, and of course, you’ll be joined by thousands of your friends as you sing along with Elsa “Let It Go.” But truly, you won’t find a better fireworks spectacular or a show so deserving of the title.

World of Color—Celebrate! The Wonderful World of Walt Disney 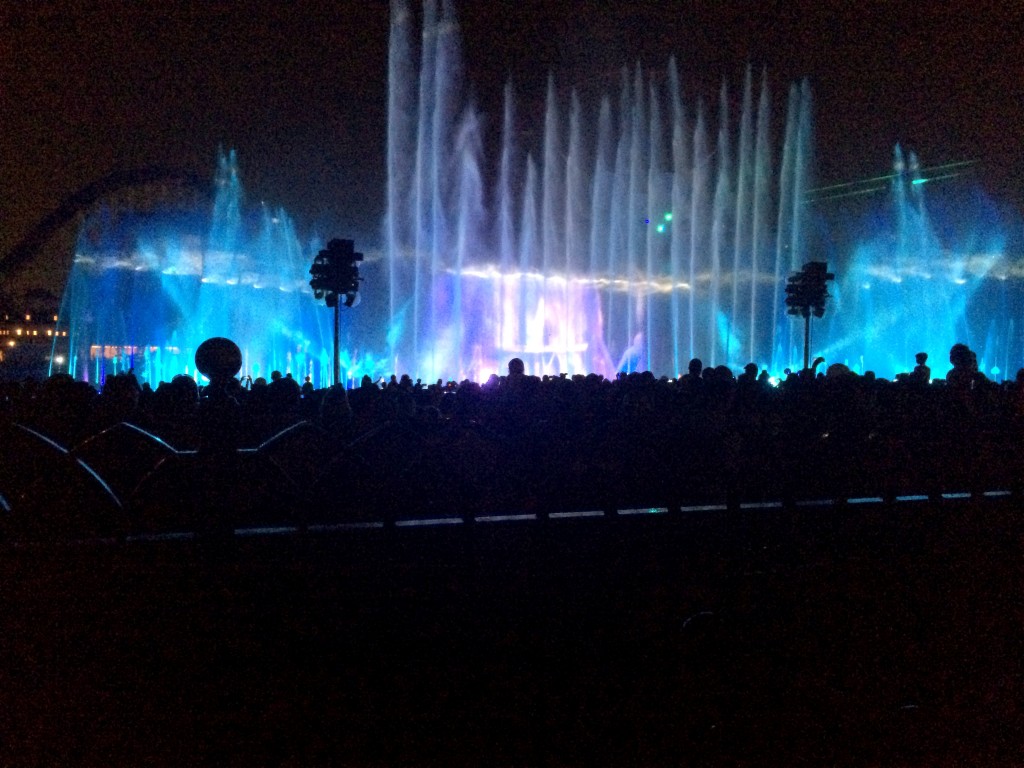 I wasn’t a huge fan of the original World of Color show because it had similar elements to Fantasmic! but without the actors, but World of Color—Celebrate! , narrated by Neil Patrick Harris and Mickey Mouse, is so much more than its predecessor. This experience recaps 60 years of magic on three “screens”—one made of water, another on Mikey’s Fun Wheel, and a third on California Screamin’.

This show offers clips from Disneyland on its opening day, Walt’s opening speech, and images of Disneyland’s two parks throughout the years. It also show the evolution of Disney animation, including Mickey Mouse’s best hits and some the Disney revolutionary movies, like Snow White and Frozen. When “Let It Go” plays (again), you’ll be surprised to find yourself singing along with everyone just like you had on Main Street during Disneyland Forever. And like the fireworks celebration, there are immersive elements (though not quite as spectacular as Disneyland Forever), but you’ll leave with a smile upon your face and more than little appreciation for Walt Disney.

It’s a wonderful way to end your Disneyland Celebration—with the man himself and his greatest creation. After all, it all started with a mouse.

Heading to DLR? The Original Magic is different any other theme park experience, so we’ve got seven must-need-to-know tips. 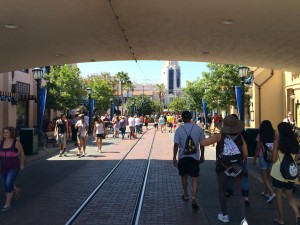 Though the onsite properties are superb (especially the Grand Californian, which transports you to great outdoors), a majority of the nearby Anaheim properties are within walking distance of the park. This is great to save the $17 per day parking at Disney, and you might actually be closer than the parking garages and lots anyway.

Not a California native? Then you must try In-N-Out Burger, but if you don’t want to leave Disneyland property, then Hungry Bear Restaurant serves burgers with a “special” sauce. It’s not quite In-N-Out, but it’s a close substitute.

Ever heard of the Disney Dream Suite? It’s Disneyland’s equivalent of the Castle Suite in Florida. If you take the Walking in Walt’s Footsteps Tour, you get to not only go inside the suite but also experience the “Good Night Kiss” in each bedroom. (You will be amazed.) 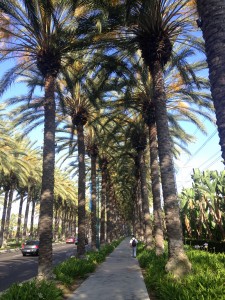 Disneyland Park all but closes when the night goes down. Oh, the hours are until midnight on summer nights, but with Fantasmic! taking up Frontierland and New Orleans Square, the fireworks closing Toontown and some attractions in Fantasyland, and Paint the Night coming through parts of Fantasyland and down Main Street U.S.A.—the only lands you can actually enjoy from 8:00 to 10:30 are Tomorrowland and Adventureland—if you can get to them. And once you’re there, they are generally packed, too. So either head over to California Adventure for some magic (though mind Paradise Pier, which closes early for World of Color), or get settled and enjoy the entertainment. The three experiences in Disneyland—Paint the Night, Fantasmic!, and Disneyland Forever—are really amazing.

Fantasmic! and World of Color both require Fastpasses (no MyMagic+ in Disneyland, and to be honest, I enjoyed the experience more. And the lines were shorter), but these Fastpasses do not interrupt your ride passes. So make sure to grab one. Pretty much, Fastpasses here ensure you have a seat at these events and mark your designated area.

See a man or woman with a Disneyland vest? See who is with him/her. Many celebrities use Disneyland guides to help them maneuver the park, and last trip, I saw Adam Sandler—twice!

Bring a sweatshirt if you’re going to Disneyland at night. This isn’t Florida, so while the day temps can reach the 90s, the night cools down. Also, especially at World of Color, the breeze from the water is cold, so you’ll want that extra layer.

Read about other magical experiences!

17 Things You Can Only Do at Disneyland

Our 10 Favorite Castles in Europe