Our 10 Favorite Castles in Europe

Visiting castles is often high on the list of must-dos for any traveler to Europe. Walking in the footsteps of kings and queens — historical figures that come to life when you visit their ancient halls — can be awe-inspiring, as can seeing the incredible buildings humans were able to create with only the most basic technology. But if you’re going to visit, how do you know which ones are worth the trip? That’s where we come in.

[A pedantic note: castles and palaces aren’t really the same thing, but for the purposes of this list we’ll be grouping them together. Castles were primarily defensive structures, while palaces were more or less vacation homes.] 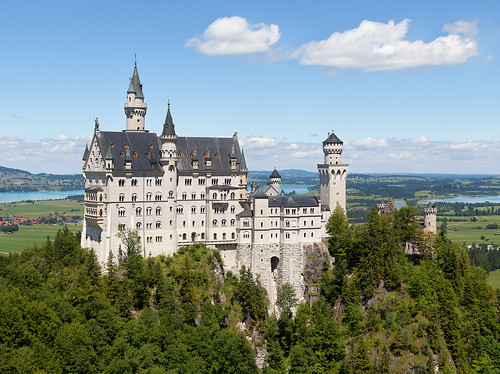 If you want a chance to understand and appreciate just how much money and power kings had once upon a time,check out Neuschwanstein Castle in Schwangau, Germany. Built in the 1880s, it’s exactly what you think of when you imagine a fairytale castle — in fact, Sleeping Beauty Castle at Disneyland was based on it. While it was never intended as a defensive castle, it is beautiful, commissioned by Ludwig II of Bavaria and intended as an homage to Richard Wagner, the king’s favorite composer. Unfortunately, the castle was far from complete when Ludwig died, so he was never able to fully enjoy it. 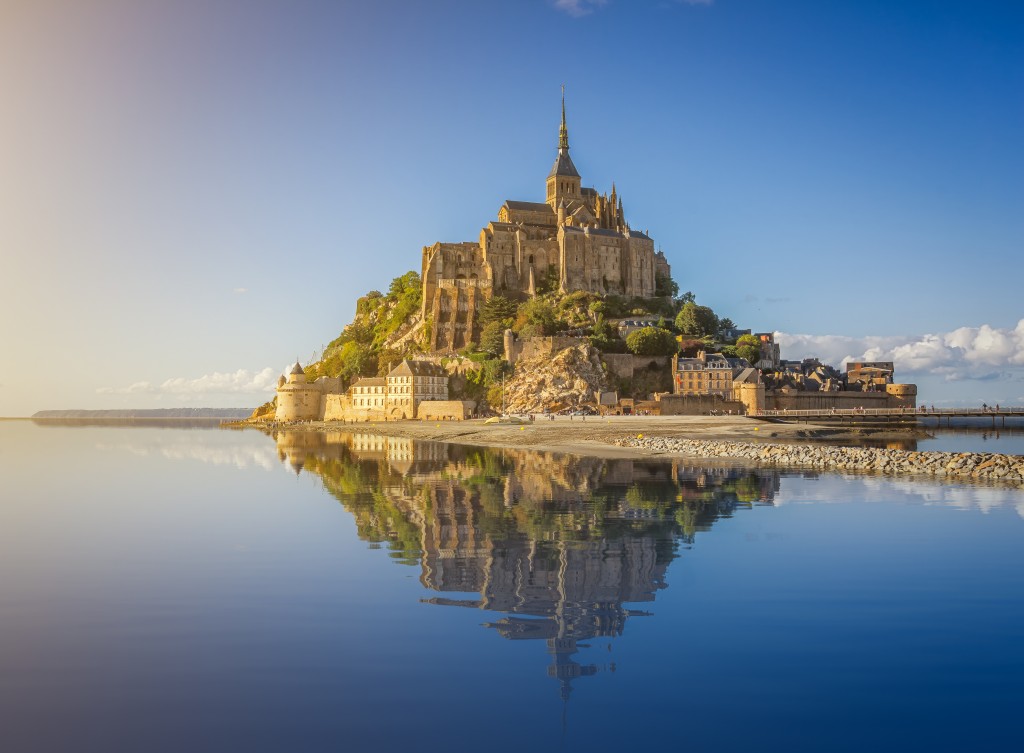 This castle in Northern France is unique in quite a lot of ways. It’s an island commune, rather than a traditional castle or palace. Its inhabitants ranged from monks to ordinary businessmen. At the time it was built, it was connected to the mainland by a tidal causeway, accessible only at low tide. There is now a permanent road, but the Mount remains inaccessible in almost all directions by any mode of transporation except on foot. It welcomes thousands of visitors every year, and is filled with small, winding roads and alleys perfect for exploring. 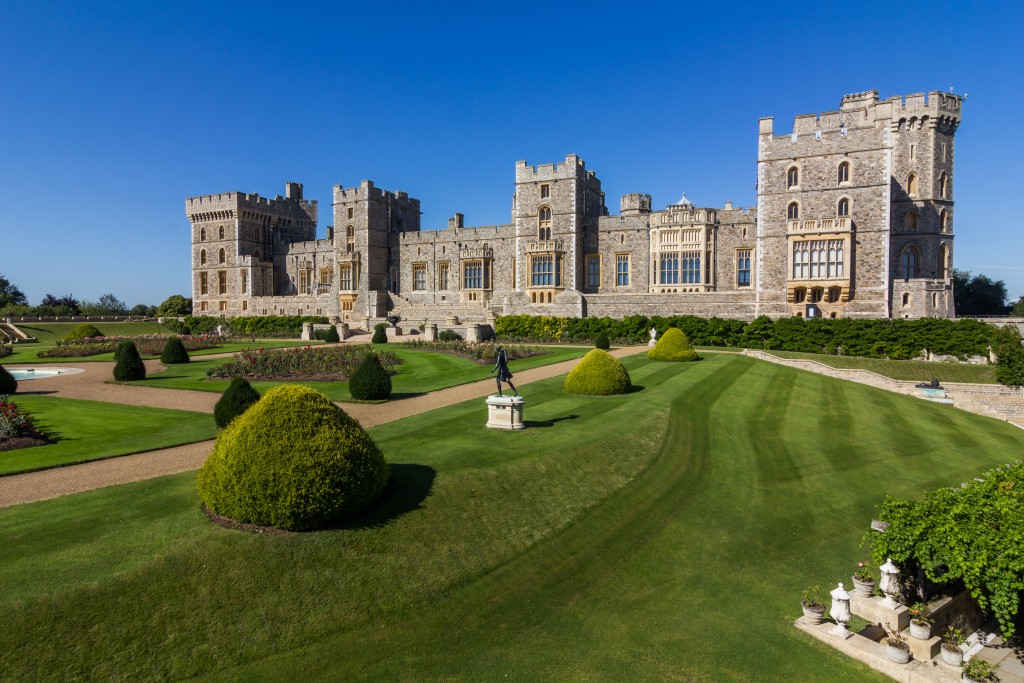 Once a home of William the Conqueror, Windsor is the longest-occupied palace in Europe. Edward III was born there, and Henry VIII is buried there. Elizabeth I spent a great deal of time at Windsor, feeling safe in its ability to withstand a siege. It was the principal residence of Queen Victoria and Prince Albert, and remains a favorite home of Elizabeth II, who was apparently devastated when over 100 rooms were badly damaged by a fire in 1992. Much of the castle is today open to visitors, from the State Apartments to George VI’s private apartments. When the Queen is in residence, visitors can also see the Changing of the Guard. 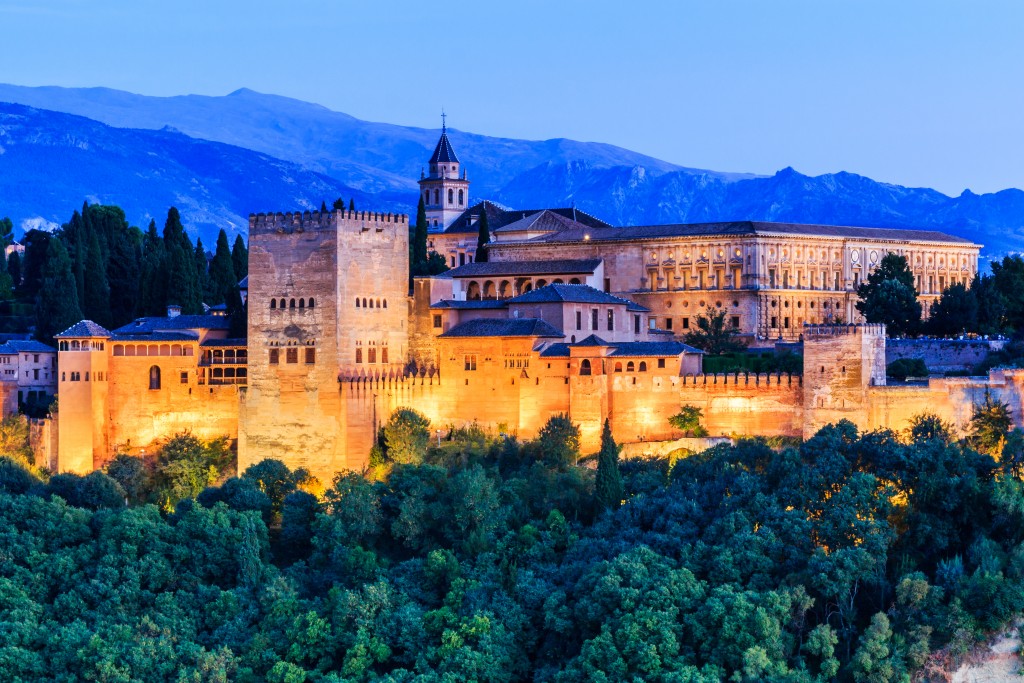 Originally built as a fortress in 889 and converted to a royal palace in 1333, Alhambra is one of Spain’s most famous castles. It was built for the last Muslim emirs in Spain and became a home of Isabella and Ferdinand (the same ones who paid for Columbus’ voyage) when they completed the Reconquista. While parts of it have fallen into disarray, there are still many glorious areas of the castle complex where visitors can step back in time. Built to be a “paradise on earth,” it still is, from the geometric patterns gracing its walls and high ceilings to the Court of the Myrtles, a pristine, shady patio built around a long pool. 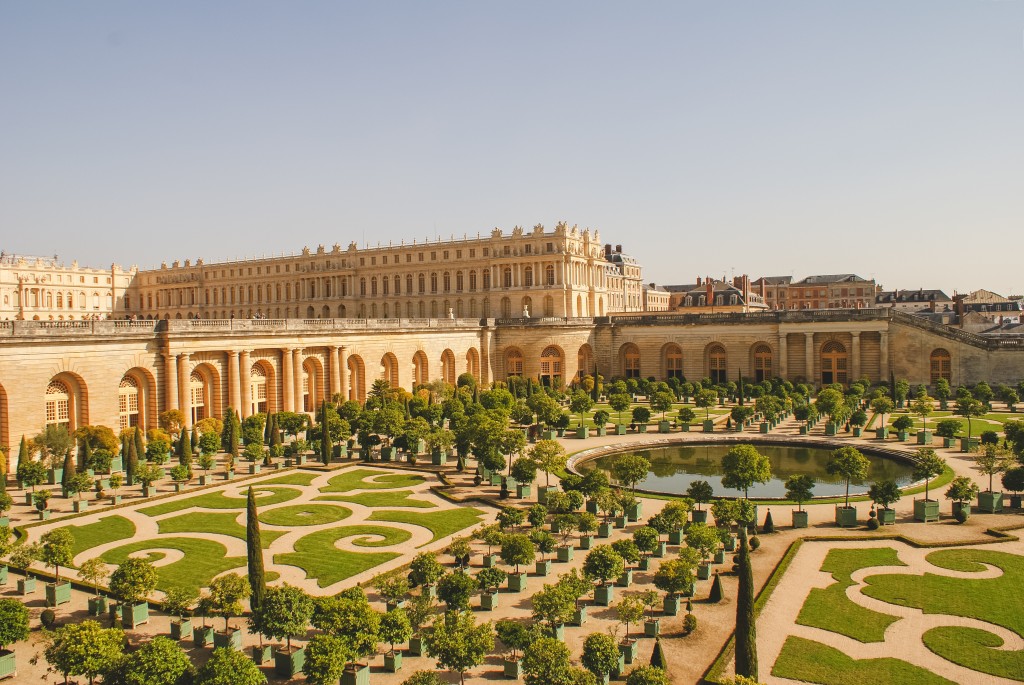 Built by Louis XIV, the Sun King of France, Versailles was first one of the most opulent palaces in Europe, and then a symbol of a hated monarchy. Today, it is still beautiful, and home to some of the most stunning architecture and gardens anywhere in France. It is a place of superlatives, and finding the words to do it justice is near impossible. Wonder at the Hall of Mirrors, explore the Louis XIV Rooms, and step back in time in the King’s Chamber. It’s hard not to feel like royalty yourself. 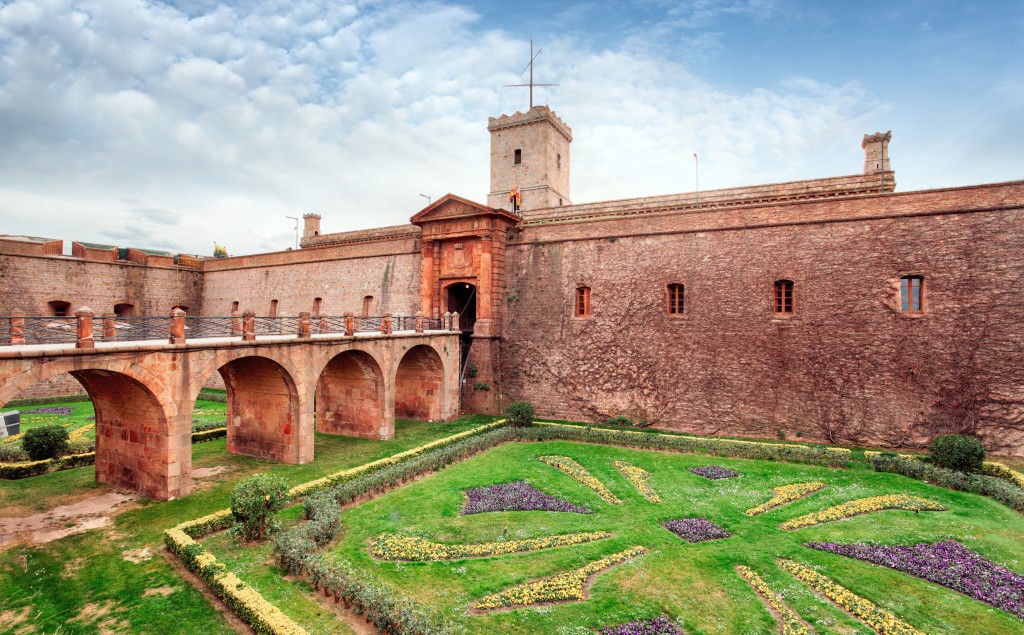 A castle in the truest sense of the word, Montjuïc is a military fortress, built atop a hill of the same name in Barcelona. While the castle itself is only partly open, the grounds are stunning and its position provides magnificent views of the city. Packing a picnic and taking the cable car up, eating in the shadow of the fortress, and exploring the walking paths around the castle is a perfect way to spend a lazy afternoon in Barcelona. 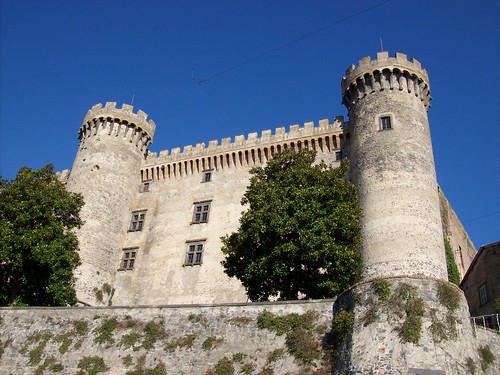 In addition to being the location of Tom Cruise and Katie Holmes’ wedding, this exquisite Renaissance castle outside of Rome is one of the largest and best-maintained castles in Italy. It was also home to two papal families of the Italian Renaissance, the Orsini and the Borgia. It is now home to a museum, which houses valuable artwork from the middle ages, as well as friezes and tapestries that date back hundreds of years. 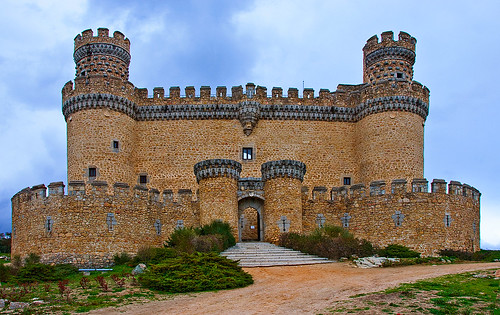 If Neuschwanstein is something out of a fairytale, El Castillo de los Mendoza comes from a fantasy novel. Just a short trip from Madrid, the castle is one of the best-preserved medieval structures in Spain. Its four tall, round towers are reminiscent of many European castles of the time, while its arcaded inner courtyard speaks to a Moorish influence, much like the Alhambra. With the snow-capped mountains as a picturesque backdrop, it’s easy to imagine it as the home of storybook characters. 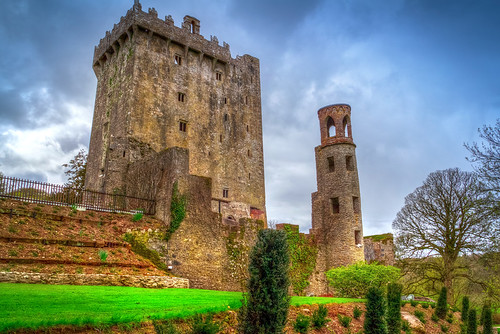 Everyone knows about the main draw of Blarney Castle – you kiss the Blarney Stone to get “the gift of the gab,” and a promise that you’ll never be at a loss for words again. But there’s plenty more to see at this castle in southern Ireland, not least of which is its stunning gardens; Blarney Castle is home to over 60 acres of sprawling parklands which include plants of all kinds – there’s even a poison garden!

Muiderslot, a few miles southeast of Amsterdam, is a fairly small castle, but still one of the most impressive in the Netherlands, largely due to it still being in excellent condition. There are multiple tours available, including the Tower Route, where guests learn about defending the castle, and the Knight Route, where you’ll see various weapons and suits of armor. Most of the inside of the castle has been restored to appear as they would have during the 17th century, and the gardens are stunning. Best of all, admission is free with the I Amsterdam card!

Walk among the royals and discover Europe’s most beautiful castles for yourself. Contact your travel agent today to start planning your journey.