Everything you need to know about new flights, hotel and resort openings, and cruise experiences.

Experience the hoopla for yourself this April at Moon Palace Jamaica Grande, Palace Resorts first venture outside of Mexico!

Palace Resorts postponed the February opening of Moon Palace Jamaica Grande until April 11. The resort’s inaugural celebration has been rescheduled for May 6 to 9 while the opening concert, starring Grammy Award-winning artist Shaggy, has been rescheduled for May 9. Palace Resorts cited delivery delays on entertainment equipment for forcing the postponement. Palace’s first venture outside of Mexico, Moon Palace Jamaica Grande, shares its name Palace’s signature resort in Cancun, Moon Palace Golf and Spa Resort and has undergone major renovations and improvements since Palace Resorts assumed ownership of the property, formerly known as Sunset Jamaica Grande, in July 2014. 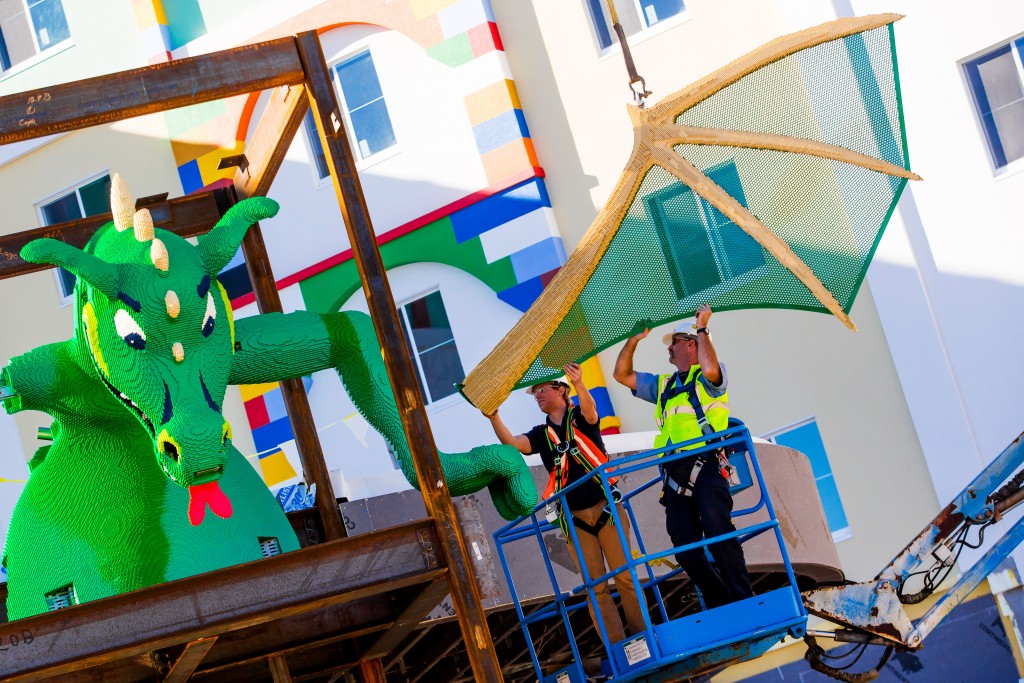 LEGOLAND Florida is clipping the final LEGOs together on its brand new hotel, opening this May!

LEGOLAND® Florida will open its first LEGOLAND® Hotel on May 15. The hotel is steps from the entrance of LEGOLAND®, and all 152 rooms are themed to one of LEGO’s three popular lines—Pirate, Kingdom, or Adventure. Rooms can sleep up to five occupants (two adults and three children) and boast two separate sleeping areas—one with a king-sized bed for adults and one for children, complete with a bunk bed, pull-out trundle bed, and its own TV. Guests receive early entry access to LEGOLAND® Florida. 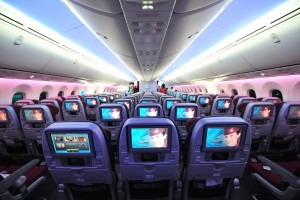 Even the economy class is amazingly comfortable on the new Dreamliner 787-8 (Credit: Jordan Tan/Shutterstock.com)

American Airlines became only the second carrier in the United States to use the 787 Dreamliner when it took possession of its first craft in January. The Dreamliner won’t be in service until May 7, when American will use its newest plane for service on flights between Dallas/Forth Worth (DFW) and Chicago O’Hare hubs. It will debut internationally June 2 when it will take over service on American’s DFW-Beijing route, which American will begin flying in May.

Copa Airlines announced it will land at Louis Armstrong New Orleans International Airport (MSY) in June with four weekly flights between New Orleans and its base, Panama City. The flights will operate on Mondays, Wednesdays, Fridays, and Saturdays. 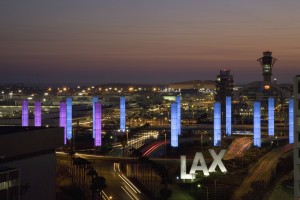 Delta Air Lines will add seasonal nonstop service from Los Angeles International Airport (LAX) to Managua, Nicaragua on June 5. The weekly round-trip flight will run through Aug. 29 with southbound flights to be a red-eye flight, departing Friday night and arriving in Managua early Saturday morning. The northbound flight will depart on Saturday at 6:45 a.m. and return to Los Angeles at 11:15 a.m.

Delta Air Lines also will add to its network a daily, round-trip route from LAX to Shanghai, beginning July 9, and daily service is return between New York JFK and Keflavik International Airport (near Iceland’s capital Reykajavik), from May 2 through Sept. 28.

JetBlue will add three new routes out of Boston—Sacramento, Martha’s Vineyard, Mass., and Port-au-Prince, Haiti—which will launch in June and operate on a seasonal basis. Flights to Sacramento will run between June 18 and Sept. 7 and fly Mondays, Thursdays, Fridays, and Saturdays. Flights to Martha’s Vineyard will take off daily between June 17 and Sept. 7, and non-stop flights to Port-au-Prince will start June 17 and end Sept. 5 on Wednesdays and Saturdays. 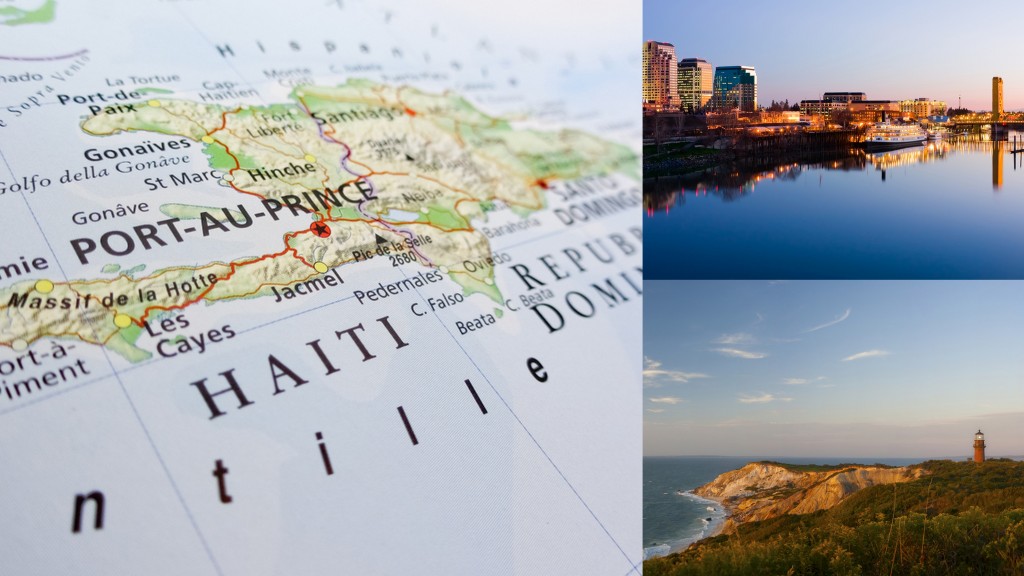 Martha’s Vineyard, Sacramento, and Port-au-Prince are all summer stops for JetBlue this year.

JetBlue will also expand its network to include flights from New York JFK to Grenada’s Maurice Bishop International Airport (GND) June 11, subject to governmental approval. The airline will fly nonstop round-trip flights each Thursday and Sunday.

Last February, JetBlue became the first airline to use Apple Pay, allowing guests to use their iPhone 6 and 6 Plus to buy food, drinks, amenities, and premium seating. The airline is already planning to accept payment from the Apple Watch when it goes on sale in April.

Viking Cruises, previously known for its river cruises, will debut the Viking Star, its first ocean-going vessel this May. The passenger ship is more intimate than most cruise vessels with capacity at 930 passengers (compared to, say, Royal Caribbean’s Anthem of the Seas™, which will hold 4,180 passengers). It boasts a large infinity pool with retractable roof, a full-service spa with snow grotto, free WiFi, and world-class restaurants. Every stateroom offers a private veranda, a king-size Viking Explorer bed, complimentary 24-hour room service, luxury toiletries and amenities, a daily, refreshed minibar, a welcome bottle of champagne, and more. Viking Star is scheduled to sail in the Baltic and Mediterranean and is the first of four ocean-faring ships that Viking has ordered for delivery by 2017.

Holland America’s newest ship—the 2,650-passenger Koningsdam—will set sail “new to the line” dining venues, including a French seafood brasserie, cooking shows, and a marketplace. The “Sel De Mar,” or “salt of the sea” in French, will be a for-fee restaurant which will serve fresh fish and shellfish on ice displays and present local catches of the day. Also, the Koningsdam will have Dinner at the Culinary Arts Center, which will showcase cooking demos, classes, and celebrity chef appearances, while serving farm-to-table dinners. Lido Market will be a complimentary marketplace-style restaurant where passengers will be able to order food on to the go or made-to-order from five themed stations: Breadboard (sandwiches and pastries); Wild Harvest (salads and fruit); Homestead (comfort foods); Distant Lands (exotic meals from the ports the ship visits); and Sweet Spot (desserts). Other eateries will include a Dutch café with Heineken on tap, a grill, and more Holland America favorites.

Koningsdam will debut in Feb. 2016 with itineraries in the Baltic, British Isles, and Northern Europe. It will be the cruise line’s largest ship and the first in the new Pinnacle Class.

Carnival Cruise Line has announced its newest Fun Ship, the Carnival Vista, will launch May 1, 2016 on a 13-night inaugural cruise from Trieste, Italy. It will be the first Carnival ship to sail in Europe in three years. The 3,954-passenger Fun Ship line is aptly named with the first ever IMAX theater at sea, a 450-foot-plus long water tube slide, a suspended open-air SkyRide, a SkyCourse ropes circuit, The Warehouse with video and arcade games, and a two-deck Cloud 9 Spa. The ship will also debut two new Carnival cabin classes, the Havana Cabanas with private outdoor patios, hammocks for snoozing, and private access to the Havana pool during the day; and the Family Harbor cabins with deluxe ocean views, a balcony, a lounge with large screen TVs, and free breakfast and snacks.

The Carnival Vista will call on ports throughout Italy, France, Spain, Croatia, and Turkey during its first season before embarking on a 13-night transatlantic cruise in October, arriving in New York City on Nov. 3, 2016.