Next year is chocked-full of awesome new travel experiences, but Editor Phil Gusman rounds up the most exciting openings, changes, and news coming down the pike in early 2015 on land, by air, and by sea.

Stay with the kids at Excellence Group’s newest property, The Finest Playa Mujeres!

Playa Mujeres, Mexico will be home to Finest Playa Mujeres, the newest addition to the Excellence Group of hotels, on Feb. 12. Finest Playa Mujeres will be the only all-inclusive luxury resort in Cancun that welcomes guests of all ages, and will have all-suite accommodations, ranging from 800 to 3400 square feet. Services and amenities include 12 pools, yacht excursions, beginner’s scuba lessons, water sports, cooking lessons, outdoor fitness trails, and Finest’s ONE Spa. 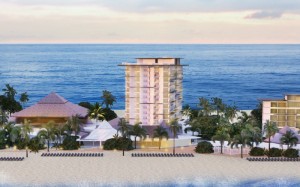 Be one of the first to enjjoy the Moon Palace Jamaica Grande when it opens Feb. 1. 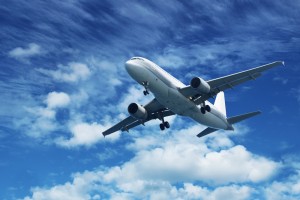 New routes and destinations await you in 2015!

Alaska Airlines will add new nonstop flights between San Diego and Kona, on the Big Island of Hawaii, beginning March 5. The flights will operate three times weekly on Monday, Thursday, and Saturday.

Alaska Airlines will also begin daily nonstop service between Seattle and Washington, D.C. on March 11. The flight will depart Seattle for Dulles International Airport at 9:20 a.m., and will depart Dulles for Seattle at 6:20 p.m.

Cruise & Maritime Voyages (CMV) will have a new flagship for its ocean fleet. The company has purchased Grand Holiday from Costa Crociere, which it will re-name Magellan and launch in spring 2015. The ship, at a gross tonnage of 46,052, will carry 1,250 passengers and operate as an adult-only (16 years and older) ship. Christian Verhounig, CEO and chairman of CMV says, “The introduction of Magellan to our growing ocean fleet is another important milestone in the expansion and strategic development of the Group’s presence in the UK and wider international markets which will increase overall capacity to 115,000 passengers.

Building off of its Breakaway Class of ships, Norwegian Cruise Lines will launch Escape in fall 2015, which is a Breakaway Plus Class ship. Escape will offer seven-day Eastern Caribbean itineraries from Miami. It will include popular Breakaway Class features such as the Waterfront—an oceanfront promenade lined with restaurants and bars, and 678 Ocean Place—three decks featuring NCL’s largest casino, Skyline Bar, and dining options. Escape has a gross tonnage of 163,000 gross tons and 4,200 passenger berths.

Royal Caribbean International will launch its second Quantum Class ship, Anthem of the Seas, in spring 2015. Among other highlights, the ship will feature a sky-diving simulator, bumper cars, a 220-foot outdoor poolside movie screen, and the North Star—a capsule that elevates passengers 300 feet above sea level and offers 360-degree views of the sea and destinations. Anthem has a gross tonnage of 167,800.