Puerto Rico is a favorite Caribbean destination with land and water adventures, and spectacular beaches, but it also boasts amazing cultural celebrations, exquisite golf courses, and unparalleled convenience that can’t be found on any other Caribbean island.

El Morro’s lawn is a relaxing retreat for picnics and kite-flying. The citadel itself has history and breathtaking views. (Old San Juan)

Puerto Rico’s biggest festival is Fiestas de la Calle San Sebastian, in honor of Saint Sebastian who was martyred for his faith. Held in Old San Juan, the four-day celebration is essentially a street festival with live music, more than 350 artisan displays, and parades with performers on slits and in colorful costumes. There are also performances about the city, and after the sun fades, the festival becomes a wild dance party where drinking is even allowed in the streets. The festival generally takes place the second weekend of January.

San Juan, Puerto Rico’s capital city, is a cultural gem. The second oldest city in the “New World,” Old San Juan has quaint and colorful cobblestone streets to explore as well as UNESCO World Heritage Sites, like Castillo de San Felipe del Morro. One of the most recognizable landmarks on the island, “El Morro” has more than 400 years of military history and took more than 200 years to build, but now is a great place to explore, fly kites, and hold a picnic. It also has breathtaking ocean views.

Other can’t miss sites include La Casa Blanca, built by Juan Ponce de León in 1521 and one of the oldest buildings in Puerto Rico; Paseo de La Princesa, Puerto Rico’s promenade with traditional restaurants, live music, and wonderful shops; and Isla de Cabras, an island in the bay of San Jose with scenic views of El Morro and the city walls.

Puerto Rico doesn’t have a shortage of elite golf courses to enjoy with every skill set and level available, from pro golfer to excited beginner. 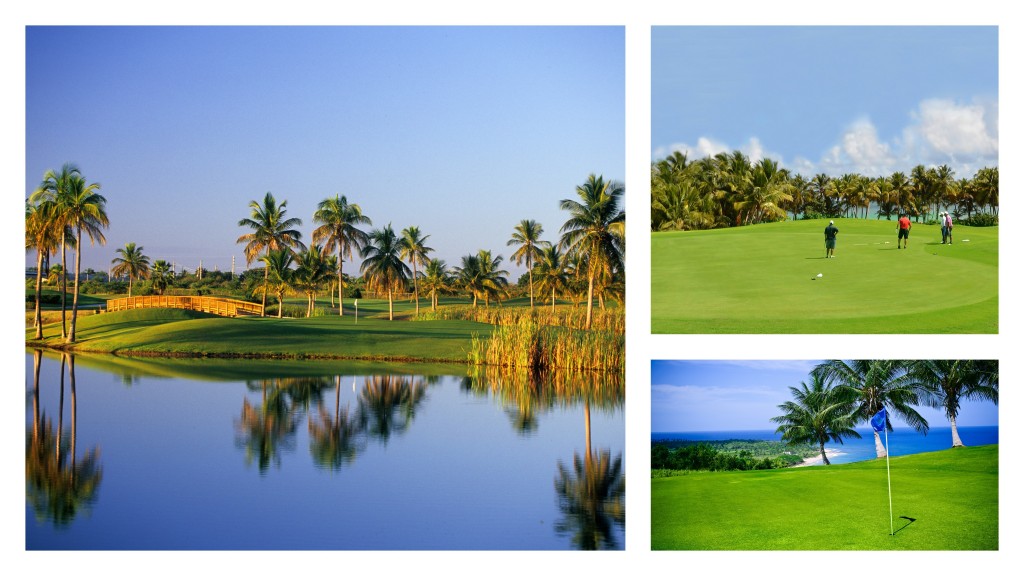 Costa Caribe Golf & Country Club, a 27-hole championship golf course, enjoys spectacular views of the Caribbean Sea and the Central Mountains, and among 14 man-made lake, this is Puerto Rico’s first island green that offers manicured course conditions year round. It also has four sets of tees, which allows challenging play for the masers and a fun range for the vacationers. 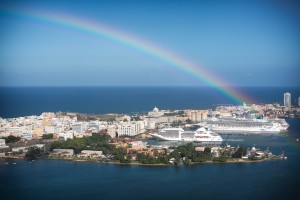 Most golf courses are within driving distance of Old San Juan and its attractions. (Pictured: Old San Juan Port)

Palma del Mar Country Club offers two courses for different levels of players. The Flamboyán course, an 18-hole championship test, was designed by Reese Jones and has the sparkling Caribbean Sea as a backdrop. The Palm Course, though an 18-hole championship course, is a resort style gauntlet with water hazards, strategic bunkers, and undulating greens.

For the history buffs who love golf (we know you’re out there), Punta Boriqnuen Golf Club was a favorite of President Eisenhower and was the first public golf course in Puerto Rico. Today, it hosts a par-72 course, an abundance of sand traps, and a great view of migrating whales in the Atlantic Ocean.

Puerto Rico is super convenient for American travelers. Flights from New York are less than four hours, and flights from Miami are under three. The Caribbean island offers culture, luxury, and warm sands, much like other island destinations, but Puerto Rico is a U.S. territory. That means no customs, no passports, and no monetary exchange when heading to these shimmering shores.

So it’s time to experience all Puerto Rico has to offer! After all, it’s only a hop, skip, and a plane ride away.