What to Do This Holiday Season

The official start of the holiday season, Black Friday, is here! (And our deals are here.) We know it was a long time coming (Thanks, Hallmark Channel, for playing those first movies back ON Halloween), but now you can turn up the merriment to full Santa level. And we’ve got just the places for you to do it. Check out our list of lights, cocoa, and reindeer throughout North America below!

Grand Velas Riviera Nayarit’s experiences are “Beyond All Inclusive, Beyond All Compare,” and that includes their holiday celebrations. Have a natural Christmas tree delivered to your suite either decorated or with decorations (lights, ornaments, a star, and a Nativity scene) for you to arrange. Plus, you can also buy toys to be delivered gift wrapped to your room!

Around the resorts, guests will find holiday merriment during Christmas Morning with Santa, which includes a photo with the jolly elf himself, a special gift from the resort, and celebrations around a giant Christmas tree. Throughout the season, kids can enjoy making Christmas-themed crafts at Santa’s workshop and can even make a donation inside Santa’s House for the Casa Haga de Puerto Vallarta charity.

Dreaming of a Sandy Holiday 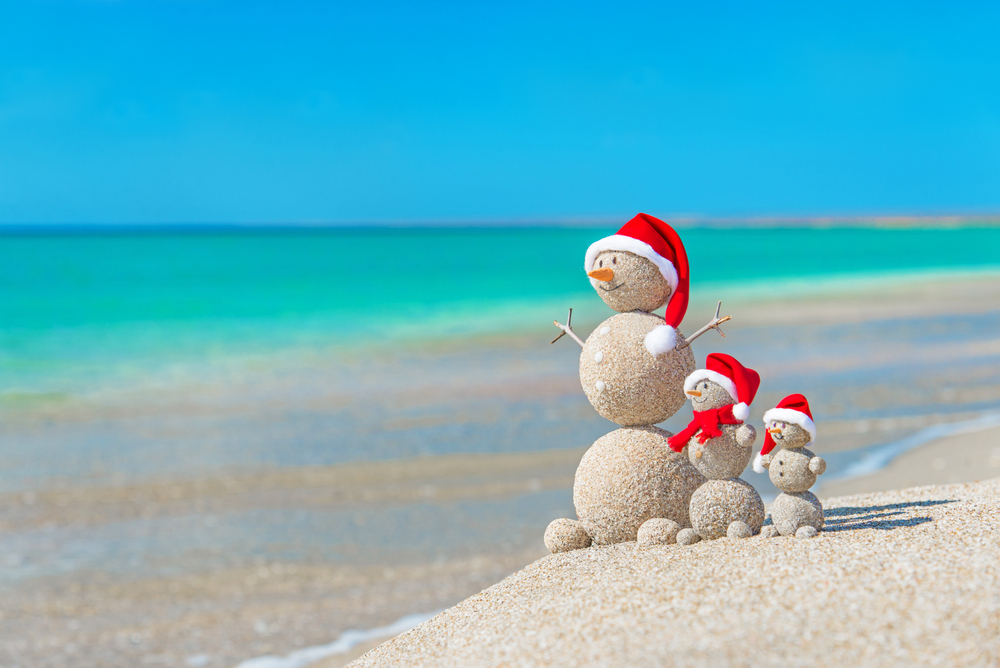 Forget the snow and coldness of December and head to the sunshine and beaches in the Caribbean and Mexico at AMResorts! You still get all the joy of the holiday season with festive decorations for Hanukkah and Christmas, plus special dinners and buffets, and if you’re staying at one of AM’s family-friendly resorts, a visit for the Jolly Elf himself. Party into 2016 with spectacular New Year’s Eve parties and then a fabulous New Year’s Day brunch.

Related: How to Score Black Friday Deals On the Go

Here is a rundown of some of North America’s most merry holiday events!

Now-Dec. 24—New York City: The Holiday Market at Union Square is back with homemade jewelry, fine art, clothing, toys, food, and drink, all within a holiday setting of garland, lights, and snow.

Now-Dec. 31—Orlando, Fla.: Winter Wonderland on Ice, Elmo’s Christmas Wish, a Sea of Trees, and The Polar Express Experience are just a few of the shows and activities at SeaWorld’s Christmas Celebration, which lights up the theme park on select weekends.

Now-Jan. 2, 2016—Asheville, N.C.: In conjunction with the former designer of holiday decorations at Walt Disney World, The North Carolina Arboretum transforms into a winter wonderland with spectacular lighting throughout the gardens, enhanced by hot chocolate and an outdoor s’mores station.

Now-Jan. 3, 2016—Buena Park, Calif.: Knott’s Berry Farm becomes Knott’s Merry Farm during the holiday season with the Snoopy ice show, a Calico Christmas with a craft village and festive food, a lightshow in Ghost Town and even snow!

Now- Jan. 3, 2016—Bryson City, N.C.: Loved The Polar Express? Then see it come to live with the Polar Express Train on the Great Smoky Mountains Railroad. More than 70,000 passengers each year enjoy the motion picture soundtrack, warm cocoa, and a treat while listening to the magical story before reaching the North Pole and Santa!

December—New Orleans: The Big Easy has its own holiday traditions all month long with “reveillon” (Creole) dinners; caroling in Jackson Square; light displays, a two-mile train ride, and holiday decorations City Park, Botanical Gardens, and Carousel Gardens; bonfires on the levees; concerts at St. Louis Cathedral; and Christmas in the Warehouse District, called “SoHo of the South.” 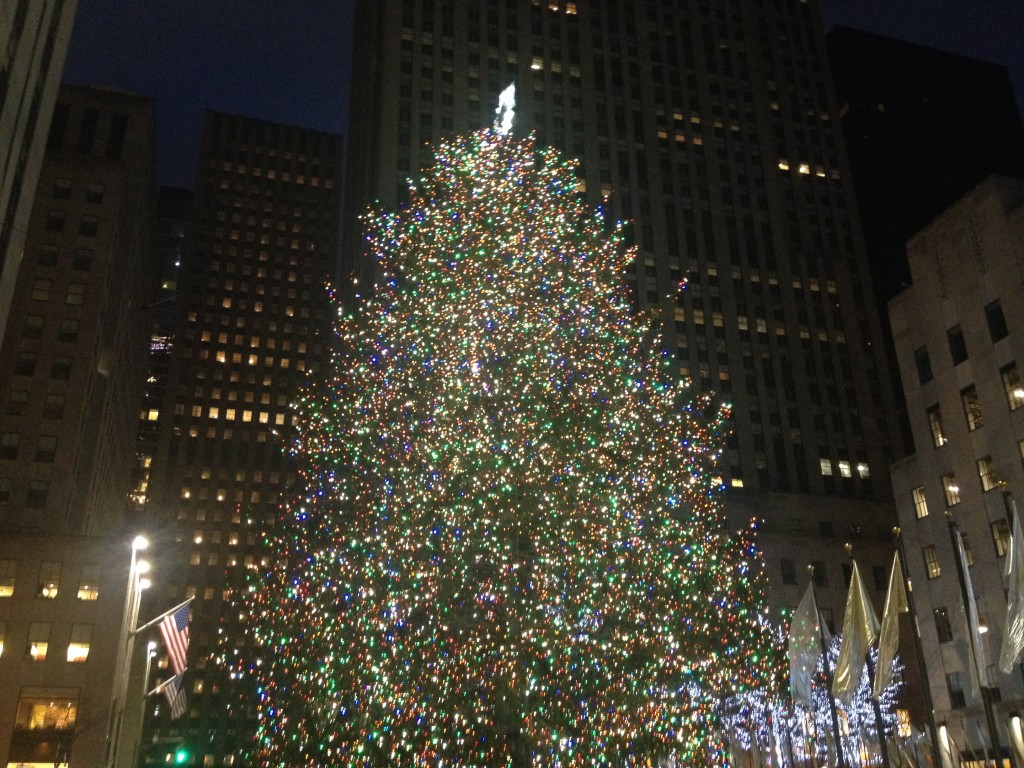 Dec. 6—Chicago: Join more than 70,000 riders for the Chicagoland Toys for Tots Motorcycle Parade, and one of the perks of the parade participants is being able to ride 20 miles through Chicago without having to stop for any red lights.

Dec. 7—New York City: The Park Avenue Tree Lighting began more than 70 years ago as a way to honor the men and women who had died in World War II. Now it represents the peace that followed and the sacrifices made to retain it. The lighting takes place after a ceremony outside the Brick Presbyterian Church.

Dec. 31—Winter Haven, Fla.: LEGOLAND Florida drops a giant brick to ring in the New Year at a kid-friendly midnight (i.e. 7 p.m.). Fireworks, DJs, and more make this a favorite event for adults and children alike.

Dec. 31—Cancun, Mexico: The Pyramid, Luxury at Grand Oasis and Grand Oasis Cancun will host an epic New Year’s Eve Beach Party with music duo Empire of the Sun and DJ Steve Angello. (One ticket per adult is included in reservations booked on or after 10/23; guests who booked earlier can purchase tickets at the resort on a first-come, first service basis—subject to availability.)

Jan. 1, 2016—Pasadena, Calif.—The 127th Rose Parade takes to the streets with 44 floral floats for a two-hour trek accompanied by marching bands and high-stepping equestrians, leading up to the annual Rose Bowl Game.

The holidays might be over, but you can still enjoy the season of winter at these world-class events. (Yes, most of them are in Canada. They have to like winter there!)

Jan. 21-31—Park City, Utah: One of the most star-studded movie festivals, Sundance Film Festival brings Hollywood A-listers for 10 days of movies, discussion, and skiing! But wait to go until the second weekend. Though you’ll miss Brad Pitt, you won’t miss that buzz movie.

Jan. 29-Feb. 15—Quebec City, Canada: The largest winter carnival in the world is the Québec Winter Carnival with night parades, a queen’s ball, a canoe race across the St. Lawrence River, an obstacle course sleigh race—and more than 200 events a day!