Bermuda Is All That and a Rum Swizzle

Gorgeous beaches less than a three-hour flight from most Eastern U.S. cities may be the top reason to head to Bermuda, but it definitely shouldn’t be the only one. The island, just off the coast of North Carolina, has parks, museums, shopping, nature, and fantastic food!

We mentioned the food is fantastic, and here’s why!

What’s new: Marcus Samuelsson follows hit restaurants like Harlem’s Red Rooster and Ginny’s Supper Club with the opening on the first celebrity chef eatery on the island called Marcus’ in the Hamilton Princess. Aside from mouthwatering dishes like Aunt Bonita’s crab and codfish cakes, the 180-seat restaurant is semi-circular, so nearly everyone has a view of the lovely Hamilton Harbor.

What’s legendary: Bermuda’s oldest and most famous pub, the Swizzle Inn in Baileys Bay servers up Bermuda’s national drink, the Rum Swizzle (two types of rum, pineapple and orange juices, grenadine, and bitters). The pub, built in 1732, has been owned by the same family since 1962 and is decorated with graffiti and business cards from visiting patrons. If you can’t make it to the original pub in Baileys Bay, then head to the second Swizzle Inn in Warwick.

On the island, there are over 150 restaurants and pubs in every price range, and it’s almost a requirement to try one of the local favorites like fish chowder, wahoo steaks, shark hash, mussel pie, Hoppin’ John (black eyed peas and rice), or Bermuda rockfish.

Once you’ve had your fill of both food and sun (if that’s even possible), Bermuda has an array of attractions that shouldn’t be missed. including:

Blue Hole Park & Walsingham Reserve: Also known as “Tom Moore’s Jungle” for the Irish poet who wrote some of his famous works under a calabash tree here, this 12-acre natural landscape boasts a natural pool, hidden grottos and caves, and even a 100-year-old eatery, of course named “Tom Moore’s Tavern.”

Dockyard Glassworks & The Bermuda Rum Cake Company: Watch as beautiful glass structures are handcrafted in the studio by a completely Bermudian production team, and taste official Bermuda Rum Cake, baked with fruit and soaked in more than just rum—cognac, whisky, and even sherry.

The Bermuda Perfumery: Using the essences of Bermuda, Isabelle Ramsay-Brackstone, the Perfumer at the factory since 2004, creates the world-acclaimed Lili Bermuda fragrance, and visitors can learn from her expertise with a Creating Scents Workshop at the perfumery in St. George.

Spittal Pond Nature Reserve: Experience a 64-acre wildlife spectacular with the best bird watching on the island, and during the spring, head to the reserve’s Portuguese Rock to see migrating humpback whales.

Bermuda Cathedral of Holy Trinity: One of the best known landmarks in Hamilton City, this church has a impressive Victorian architecture and a 143-foot tower. Climb the 157 steps to the top to see a panoramic view of the city.

Bermuda Aquarium, Museum & Zoo (BAMZ): Marine turtles, more than 300 birds, and a free-flight immersion area showing how animals would act in nature can be found here—one of the oldest aquariums in the world.

The Crystal and Fantasy Caves:  Known as “Bermuda’s True Hidden Treasures,” this attraction was first visited by Mark Twain and allows guests to get up close and personal with stalactites and stalagmites. Plus, the clear underground lake in the Crystal Cave shows amazing formations under the surface that appear close but are actually more than 50 feet below you.

National Museum of Bermuda: Explore 500 years of Bermuda’s history, documented here with regularly updated exhibits displayed in a historic fort. Check out an exhibit on the U.S. Navy about that tells the story of a captured German U-505 submarine, a hall dedicated to sunken treasures, and even an exhibition of Bermuda’s tourism. Please note: Commissioner’s House and its exhibits are temporary closed for repairs.

St Peter’s Church: The oldest Anglican church in the Western Hemisphere is found in St. George’s Town. Check out the candlelit chandeliers inside, wooden ceiling beams that resemble a ship’s hull, and historic items dating back to 1594.

Gibbs Hill Lighthouse: Located in Southampton, the oldest cast-iron lighthouse in the world also offers stunning views from the top, which even Queen Elizabeth II enjoyed in 1953. Visit during the spring months to see migrating whales!

St. Catherine Fort: Built in the early 1600’s, this is the largest fort on the island and one of the oldest British forts. It now serves as a museum with an antique weapons and dioramas showcasing Bermuda’s history.

Bermuda has great hotels in every price range. Some of our favorites include:

Hamilton Princess & Beach Club, A Fairmont Managed Hotel: “The Pink Palace” where old-fashioned luxury meet seaside elegance. Relax under the hotel’s huge veranda overlooking the harbor and dine at the open air restaurant right on the water. Don’t miss the Martini-tastings at Crown & Anchor Bar or excursions from on-site and only full-service marina in Bermuda. The hotel is also the Official Host Hotel for the America’s Cup and is home to Marcus’.

Rosedon Hotel: An elegant inn where afternoon tea is served every day and a swizzle party is held every Tuesday evening. A lovely garden, colonial charm, and an excellent location within walking distance of Hamilton make this resort a favorite on Bermuda

Rosewood Tucker’s Point:  This waterfront resort crafted with British charm and legendary service has won numerous awards. Sense, A Rosewood Spa, is frequently listed as one of the best in the Caribbean. 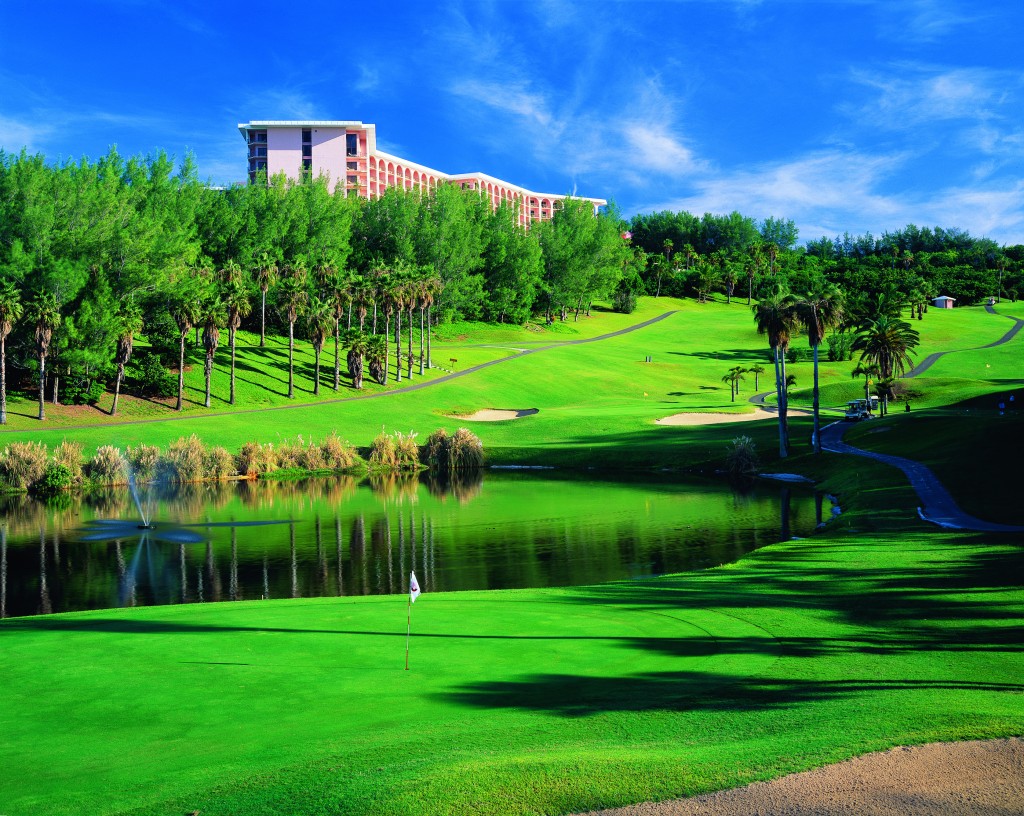 Fairmont Southampton: The resort sits on more than 100 pristine acres. Many rooms have a balcony overlooking the sea, marble bathrooms, and walk-in closets. Golfers won’t want to miss an opportunity to tee off at the 18-hole par-3 championship Turtle Hill Golf Club.

Bermuda is waiting for you! Check out these great deals now and start planning your island getaway.