Elvis’ “Heartbreak Hotel”? Didn’t exist. The Eagles’ “Hotel California”? Pure fiction. The Stones’ “Memory Motel?” Well, it’s for real, and it’s in Montauk, New York, but it’s likely that Mick, Keith, and the boys were instead bunking at Andy Warhol’s stunning estate nearby.

Martha Davis’ group The Motels? Just a campy band name, but Deep Purple’s “Smoke on the Water” was recorded at the Fairmont Le Montreux Palace, back when it was called The Palace. And that casino they sang about really did burn down (to the ground).

In real life, rock bands and hotels have enjoyed, or endured, a long and checkered history together, one that has sometimes tended to involve property damage, lots of noise, and general craziness. That’s life on the road.

Typically, a rock ‘n’ roll hotel has several things going for it that attract the up-all-night, sleep-all-day crowd. It’s usually located near a music venue or in a cool part of town. And because musicians keep late hours, 24-hour room service or a hotel bar and restaurant are virtual necessities.

Some of history’s most famous rock ‘n’ roll hotels have survived, and you can book a room at them. 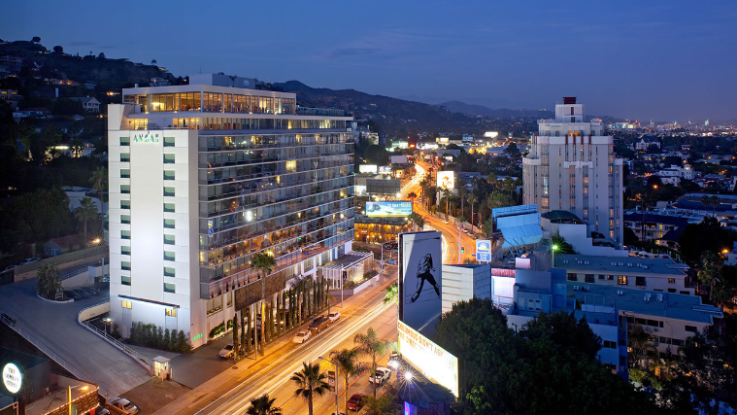 Formerly the Continental Hyatt House, it was widely known as the “Riot House,” a modern high-rise on LA’s Sunset Boulevard. Led Zeppelin had perhaps the most “impact” on its reputation, with wild tales of motorcycles being driven down the hallways, but the Stones’ Keith Richard and The Who’s Keith Moon also reportedly tossed TV sets out the window, among other things. The Riot House has been immortalized in the film Almost Famous (portions of which were actually shot there). It’s close to the legendary Roxy and the Whiskey A Go-Go music clubs. 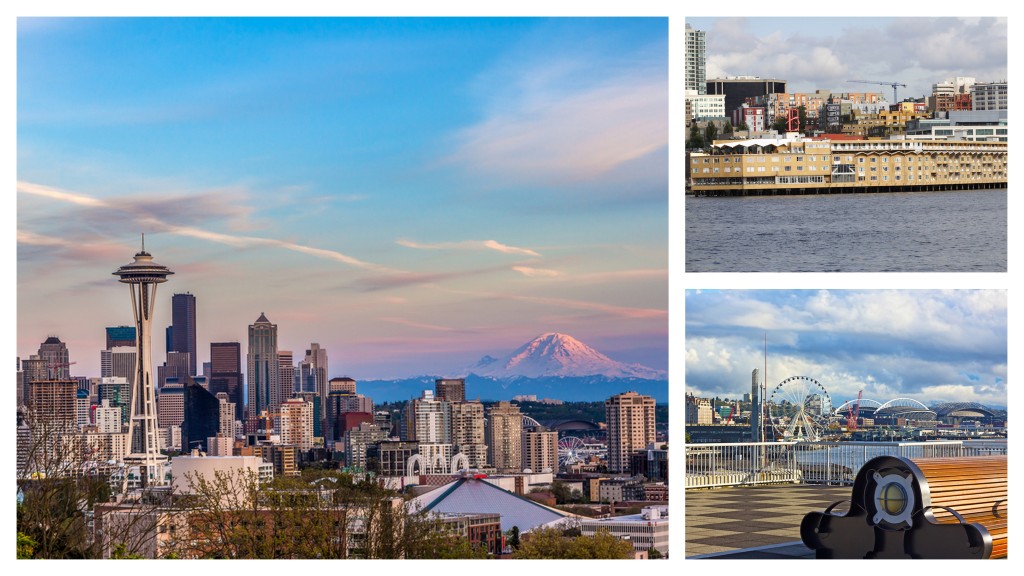 Seattle’s only waterfront hotel has hosted the Beatles, Rolling Stones, Blondie, T.Rex, and Frank Zappa & The Mothers of Invention. Zappa later wrote the song “Mud Shark” (heard on “Fillmore East – June 1971”), which recounted crazy goings-on at the hotel involving the band Vanilla Fudge, who were staying there at the same time. The hotel allegedly banned Led Zeppelin from the premises because of their bad rep. 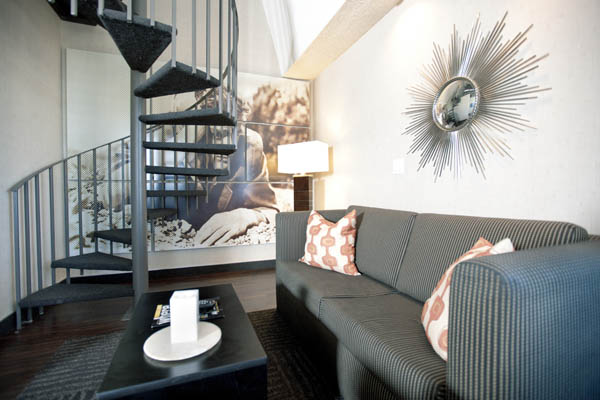 A favorite of musicians and film industry types in LA, the former Tropicana Motel was actually home for a time to The Doors’ Jim Morrison, who reportedly slept off his bouts with Southern Comfort there. Later, rockers Tom Waits and Rickie Lee Jones were residents. Stories abound regarding the late-night parties starring Janis Joplin and others in the 1960s-1970s era, perhaps the height of rock excess. Guests have included Frank Zappa, Elvis Costello, Led Zeppelin, the Beach Boys, Van Morrison, and the Byrds, among others. 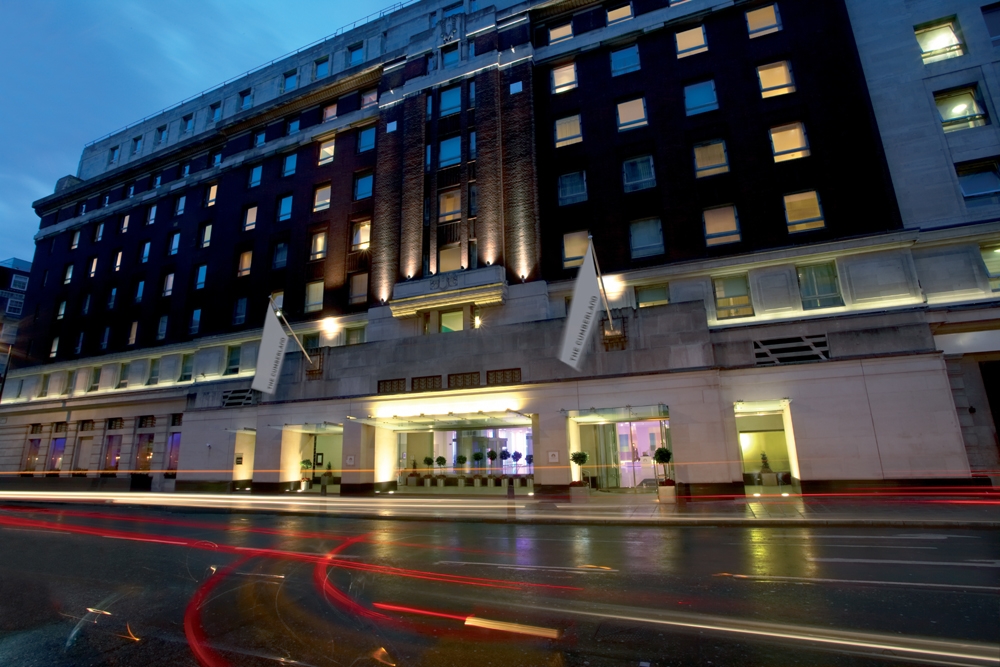 On September 11, 1970, guitar god Jimi Hendrix sat down with music journalist Keith Altham in this venerable London hotel for an interview to be aired on the BBC’s Scene and Heard radio program. It turned out to be the musician’s final interview as he died less than a week later. The Cumberland has kept the spirit of Hendrix alive in their Jimi Hendrix Suite, now decorated with vintage fabrics, psychedelic murals, a hand-stitched leather sofa, and a rare Gibson Flying V guitar – all of it befitting one of rock’s true style icons.

From May 26-June 2, 1969, the eyes of the world were trained on Suite 1742 of this grand hotel, where John Lennon of the Beatles and his new bride, artist Yoko Ono, held a week-long “Bed-In for Peace.” The newlyweds were joined by Tommy Smothers (acoustic guitar) and Timothy Leary and Petula Clark (backing vocals) in recording the timeless anti-war anthem “Give Peace a Chance” under the name Plastic Ono Band. Suite 1742 is now called the John Lennon and Yoko Ono Suite and features framed gold records, photos of John and Yoko during the bed-in, and other related memorabilia.

Jed Hauck is a writer for Flight Centre USA. A New Yorker to the core, he has written extensively inside the travel and entertainment fields (winning Emmy Award honors for the latter), and has traveled widely throughout Europe and North America. He would love to live in London but can’t quite master the accent. He does, however, speak French like Marcel Marceau.