You’ve been waiting all year, and now it’s here! Welcome to 2016! (Rumor has it—whatever you do on the first day of the year, you’ll do the other 364 days—here’s hoping you’re traveling!) So much is happening in 2016 that it was super hard to pick out our 16 favorite things, but we managed. So here they are!

Have you read Our Top 10 Most Anticipated Attractions of 2016? If not, we recommend it, but here’s our very favorite attractions coming in 2016!

The wait is over, West Coasters! The Wizarding World of Harry Potter is coming to Universal Studios Hollywood. Universal has mastered the art of immersion, and where you might feel like you’re in a theme park at other resorts, here you are in Hogsmeade and the Wizarding World. Grab your wands—or better yet, buy yours at Ollivanders, starting April 7, 2016! 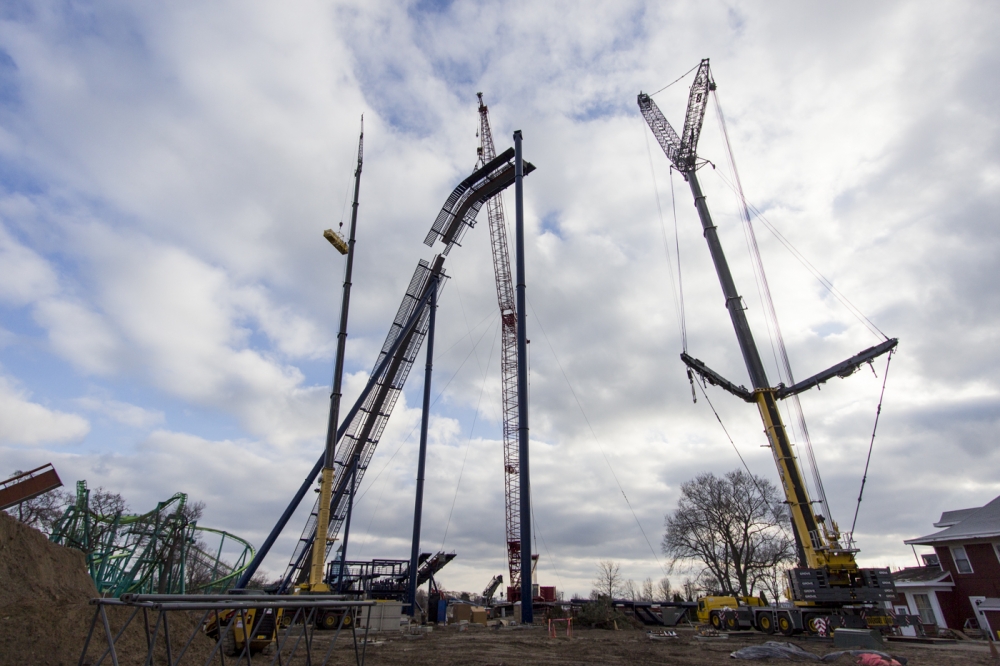 The world’s tallest, fastest, and longest dive coaster is coming to The Roller Coaster Capital of the World, Cedar Point. Get ready to climb 223 feet at a 47-degree angle and then hold your breath for the longest four seconds of your life as you dangle on the edge of a 214-foot vertical drop (and we mean, the longest four seconds of your life—we will not be getting on this ride!). This new coaster looks to fly out of the station this May.

Kong makes his triumphant return to Orlando, this time in Universal’s Islands of Adventure (because The Mummy: The Ride is super awesome in its old spot at Studios). Though not much is still known about the ride, Skull Island: Reign of Kong will immerse guests in the world of Kong’s origin in an extended experience—more than six minutes!

And you thought it was hard to get “It’s a Small World” out of your head, but then you heard “Let It Go.” (It is super catchy!) Soon, you’ll be able to sing it in The Hyperion Theatre with other fans of the movie with a new Broadway-style musical coming to Disney California Adventure. Replacing the Aladdin show, which ends January 10, this production is sure to dazzle, but no performance will be exactly alike. Disney continuously changes the material to include topical humor, sure to get laughs between songs.

We’re leaving out Mardi Gras (if you didn’t make plans last August, you’re not going) and Comic-Con International (tickets are super hard to get), but aside from those, here are a few of our favorite festivals coming your way in 2016! 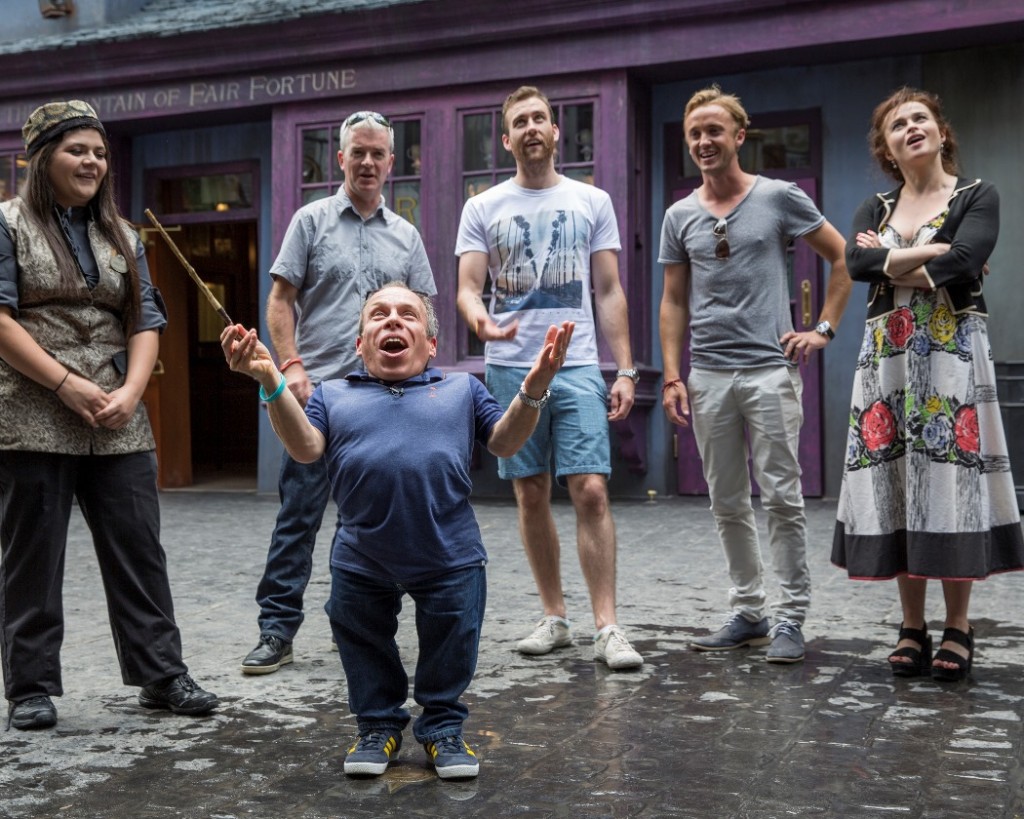 The comic con of Harry Potter comes to Universal Orlando Resort with film talent Q&A sessions, panels with prop makers and design studio personnel from the movies, interactive games, and an exhibition showcasing the global impact of the franchise. The package includes admission to both Universal theme parks, breakfast at the Three Broomsticks, commemorative merchandise, and an exclusive talent Q&A session.

The ultimate event for the most dedicated of foodies has been named the hottest festival in America by Adweek and offers more than 80 cooking demonstrations, wine seminars, and tasting events by more than 70 celebrity chefs and wine experts in Aspen, Colo. Don’t miss the late night parties, where you might be able to meet your favorite TV chef.

This does not count as being close to the action. #Stampede2016 Rodeo and Evening Show tickets are now on sale. pic.twitter.com/zICX4PBxji

Yes, you read that right. We’re looking forward to the Calgary Stampede, the annual festival in Alberta’s city that is more than just a big-time rodeo. A-list music talent, chuckwagon races, a spectacular midway, a pyrotechnic evening show, and a parade—10 days of world-class entertainment. This year’s Big Name Group is Zac Brown Band, but you won’t want to miss the extreme tricks performed on dirt bikes, four-wheelers, and snowmobiles! (This is Canada, after all.)

Jamaica’s quintessential music event has brought world-class acts to Montego Bay since 1993, and this festival is all-out with bands taking the stage at 5 a.m. Don’t miss events around the area for the festival, including a party on Pier 1 on the Waterfront, the Sumfest Beach Party at the Aquasol Theme Park, and a parade on Gloucester Ave. through Montego Bay. 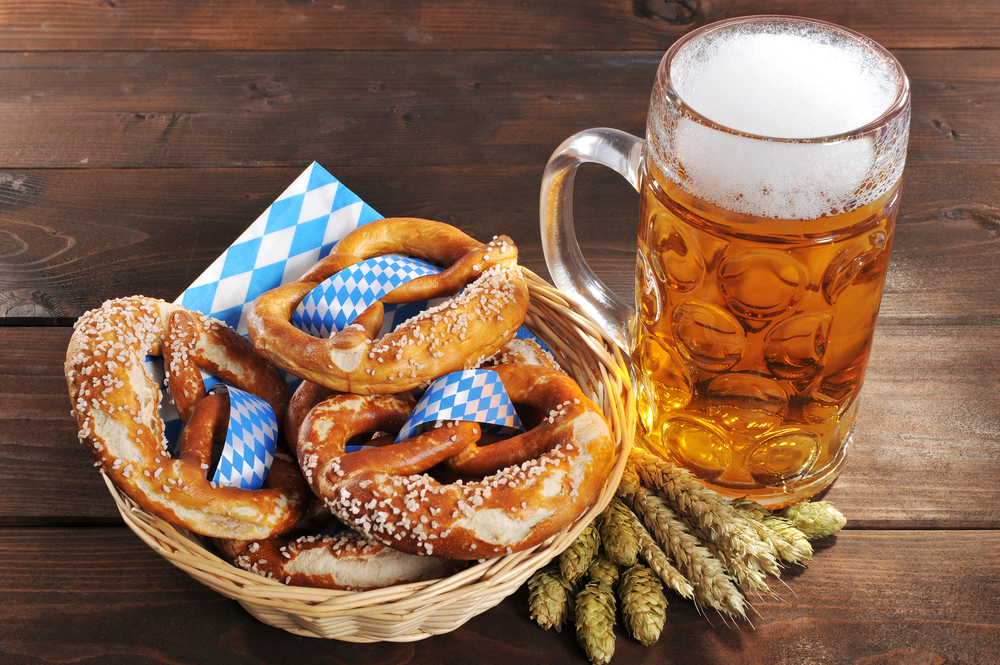 This Germany beer festival is celebrated around the world—from breweries in Boston to historic districts in Nashville and even in one of the most popular restaurants in Disney World—Biergarten, where you’ll enjoy Oktoberfest every day. Check out Hofbräuhaus in Las Vegas with a recreation of the Munich beer hall, traditional Bavarian dress, and even celebrity guests during the season.

New York at the Holidays 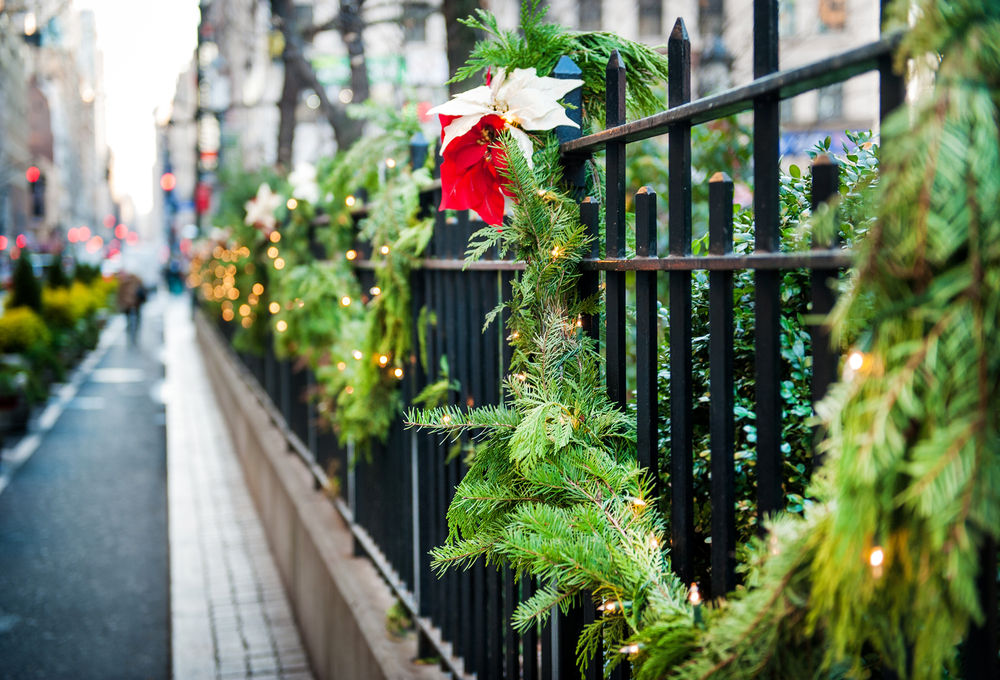 Though not quite an organized festival, New York City comes alive during the holiday season, transforming into a winter wonderland of festive cheer. Kicking off with Macy’s Thanksgiving Parade, the celebration delights city dwellers and travelers alike with the world’s largest menorah in Brooklyn, Rockefeller Center and its Christmas tree, the Union Square Holiday Market, the Wollman Rink in Central Park, window displays at Macy’s, the Saks Fifth Avenue windows and light show, and more.

Where should you stay in 2016? We’ve got a rundown of the best properties opening this year! 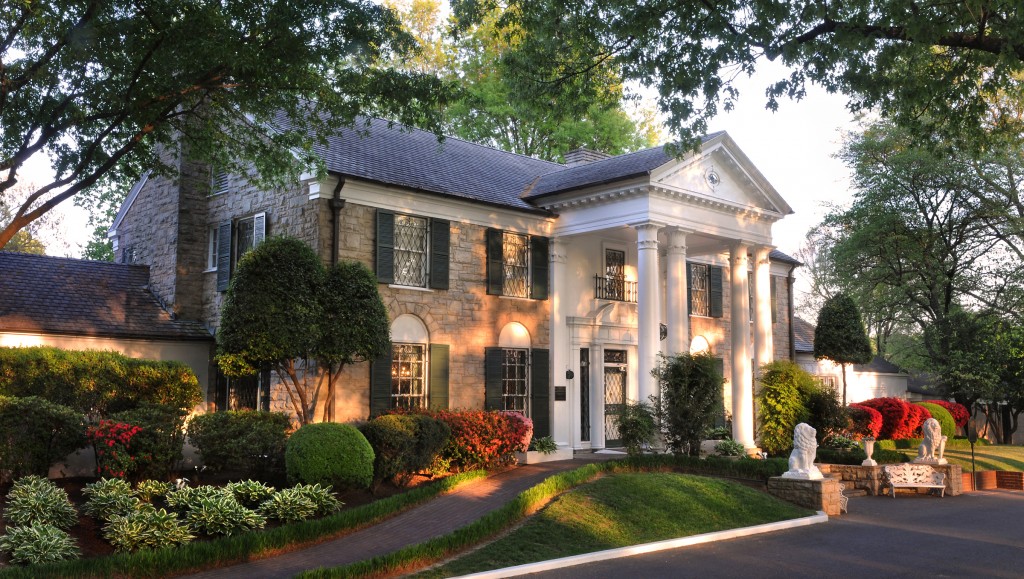 For years, guests of Graceland have been staying at the Heartbreak Hotel, a small boutique hotel across the street (and down the road) from Elvis’ famous home, but opening next October, guests can stay at The Guest House, a 450-guestroom hotel with uniquely themed VIP suites designed by Priscilla Presley, concierge service, a themed sports restaurant and bar, plus a 464-seat theatre for live performances and movies. 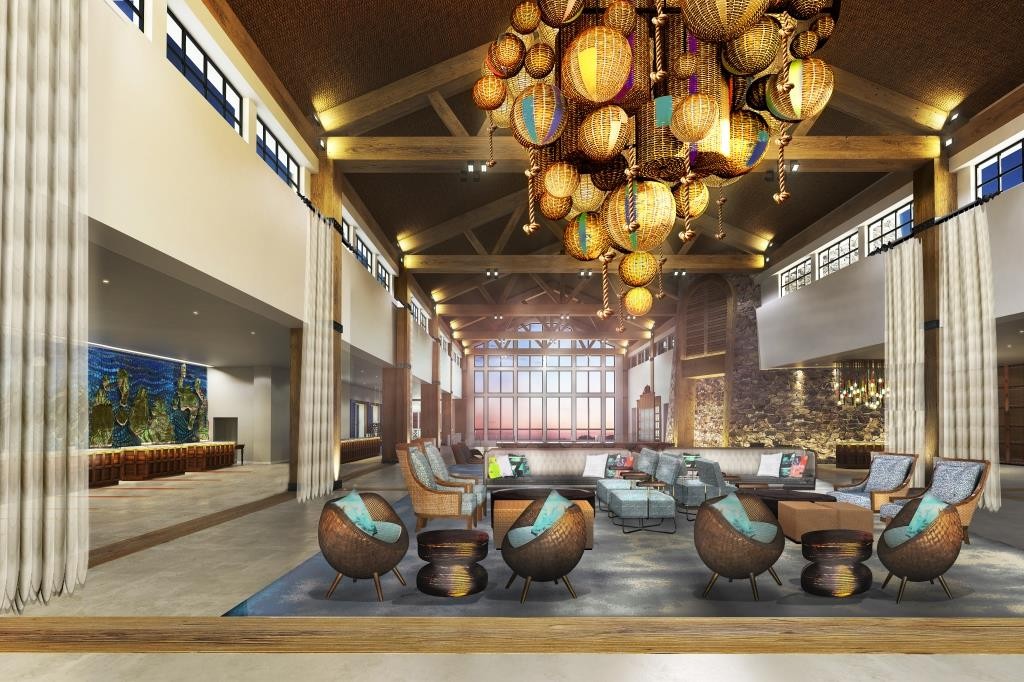 This Caribbean-style resort transports you to the tropics with a 16,000-square foot pool, a cascading waterfalls centerpiece, old-world chic and island charm in 1,000 guestrooms, and specialty suites with tranquil extras, like kid rooms or a separate sitting area. Guests staying at this resort will also receive exclusive Universal theme park extras, such as early park admission to The Wizarding World of Harry Potter and complimentary shuttles to Universal CityWalk. The resort is accepting reservations for July and beyond.

This luxury property hasn’t even opened yet, and it’s receiving awards, including Best New Hotel Construction and Design in St. Kiss & Nevis and Best New Hotel Construction and Design in the Caribbean, 2014-2015. As the first Park Hyatt hotel in the Caribbean, the hotel is poised to receive many others once it opens in 2016, bringing the brand’s unparalleled level of luxury and service to the region. Many of the 125 elegantly-appointed rooms will offer individual rooftop pools, and the Presidential Suite will come with its own butler and personal chef.

If you’re not excited for this hotel, then you just haven’t heard about it. After all, it’s the first “new ground-up hotel” in Los Angeles in almost 30 years and will be situated on the Sunset Strip on the east corner of Sunset and La Cienega Boulevards in West Hollywood. Ten stories, two restaurants, rooftop and lobby bars, and more than 10,000 square feet of meeting and stunning view of the L.A.—what’s not to be excited about?

Part of the upscale enclave of Los Veneros, W Punta de Mita looks to lure luxury-seekers with 120 guest villas, elegantly-appointed amenities, the W Living Room (the hotel’s social hub), WET outdoor pool deck with spectacular views of the Pacific Coast, and a 4,000-square-foot AWAY Spa with rejuvenating treatments and services. Less than 10 miles from Puerto Vallarta International Airport and 15 miles from colonial downtown Puerto Vallarta, the hotel fosters a relaxing atmosphere but is still close enough to all the excitement of the destination.

If you only have one cruise to take this year, make sure you do it on this ship!

A look at luxury with Andy Stuart onboard #NorwegianEscape. pic.twitter.com/G0p5v1UNrR

With 28 restaurants, including Jimmy Buffet’s Margaritaville; Broadway entertainment, like Tony-Award-winning After Midnight; 21 bars and lounges, including Norwegian’s first ever wine bar; and the famous Waterfront, Norwegian Escape breaks away from the competition. We might be cheating a tad—Escape debuted last October—but if you hadn’t been able to jump on this brand-new class of ship, Breakaway Plus, you should. And don’t forget to check out the private enclave, The Haven, for luxury on the high seas.