Though it’s missing the apple pie and hot cider, the City of Vancouver is the perfect fall getaway. The summer crowds have dissipated, and the snow bunnies have yet to make their appearance. Like many Canadian cities, Vancouver mixes natural delights with urban sophistication, but this memorable city also has exclusive enchantments, like unique parks, “North Hollywood,” and much more. You’ll fall madly in love with the city, where you’ll always find Tim Horton’s coffee brewing, the Molson beer flowing, and professional hockey playing, but Vancouver is more than just that. 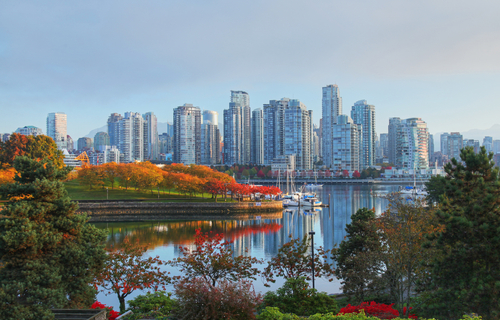 Fall in love with Vancouver with amazing Autumn activities.

Vancouver is a film-lover’s paradise. 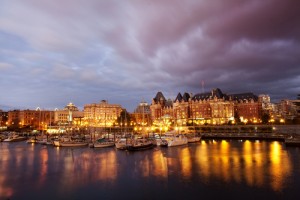 Victoria doubles as the fictional Storybrooke for Once Upon a Time.

Such hit shows as Supernatural, Fringe, 21 Jump Street, and MacGyver filmed in or around the city while Arrow shoots (pun intended) in Vancouver and nearby Victoria. The fictitious Storybrooke, Maine, for Once Upon a Time is Vancouver-suburb Steveston. The recent remake of Godzilla used the Vancouver Convention Centre and the interior of BC Place, as well as other British Columbia locales. If you’re able to visit during principle filming, you can get a sneak peek of your favorite TV shows and soon-to-be favorite movies, but if you’re coming just to sightsee, then you’ll enjoy recognizing the settings to your favorite scenes.

Vancouver is a cornucopia of healthy fun. 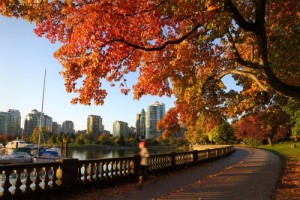 Autumn is the perfect time for some outdoor fun at Stanley Park in Vancouver.

Stanley Park is a 1.5-mile natural oasis with physically exciting activities and enjoyment for all ages. Walk or cycle The Seawall with 14 miles of oceanfront paths, or hike the 17 miles of dense trails with massive cedar, fir, and hemlock trees to accompany you. During the summer, swimmers can enjoy the lovely Second Beach and Third Beach, which are on the Seawall system, but during autumn, barbeque with stand-alone grills, public restrooms, and a playground for the little ones. Though the Second Beach Pool will be closed, you can still take the kids for a ride on the Stanley Park Miniature Train or arrange a sleepover at the Vancouver Aquarium. The Sleepovers Program gives families, students, and groups exclusive activities, like a behind-the-scenes marine lab featuring sea stars, sea urchins, and anemones. Guests “camp” in one of the aquarium’s fascinating marine galleries and awaken to a continental breakfast.

Vancouver is an adventure. 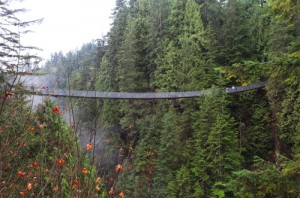 Don’t look down while on the Capilano Suspension Bridge.

The first tourist attraction in Vancouver, the Capilano Suspension Bridge has delighted visitors since 1889. If you’re brave enough to cross, this 450-foot long, 230-foot high bridge grants thrillseekers a beautiful view of the Capilano River basin below. Continue further into Capilano Suspension Bridge Park for Treetops Adventure with bridges that soar more than 100 feet off the forest floor, and true adrenaline junkies can challenge the Cliffwalk, a narrow walkway where sometimes only a very strong plate of glass stops you from getting a very intimate view of the forest below. Also, kids can explore the park’s floor with an interactive program and play in a giant treehouse!

Vancouver is an adult’s playground. 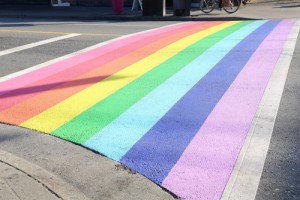 Vancouver has many TAG-approved hotels in Davie Village.

Vancouver is also easy on the budget. 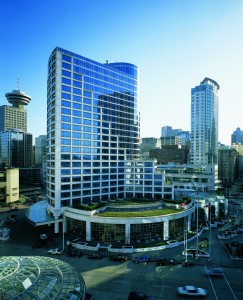 International travel can be expensive, so think about flying into Seattle and driving your way across the border. Vancouver is less than a day’s drive, and you can admire Puget Sound from the top of the Space Needle. Once in Vancouver, choose Rosedale on the Robson Suite Hotel. This boutique property is in the heart of the Vancouver, steps from Yaletown, a brisk walk from Granville, and close to the BC Place Stadium. If you’re seeking luxury, then choose the picturesque Fairmont Waterfront with stunning views of the harbor.