Australia and New Zealand hold a special place in the hearts of GOGO Vacations. Our parent company, Flight Centre, is based Down Under, so many of our team leaders and coordinators get to venture to the land of Tam Tams, Vegemite and leaping spiders. 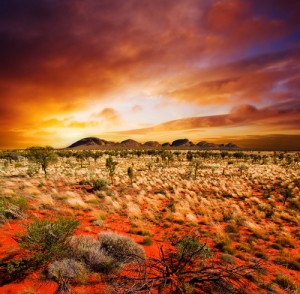 But Australia and its next-door neighbor, New Zealand, are more than just delicious treats and hand-size arachnids. They are two of the friendliest countries in the world and are high on the list for single travelers and families alike. Why do so many people like Australia and New Zealand? Find out below!

Melbourne likes you, too (no, really, it does)

Whether you’re staying three nights or three weeks, Melbourne welcomes travelers with a bright smile and a kind greeting. After all, it’s been named the world’s friendliest city in 2014 by Condé Nast Traveler magazine, tying with Auckland for the top spot. The undisputed “capital of cool” is known for its awe-inspiring restaurants and vibrant nightlife. During the summer, the rooftops come alive with bars, restaurants and even theaters, but year round, travelers can dine among the stars at Vue de Monde at the top of the Rialto Building, which offers gourmet meals with 360-degree views of the city. 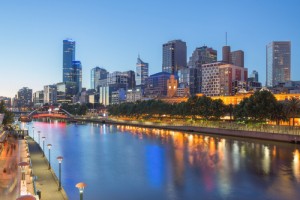 Named the friendliest city in the world, Melbourne offers smiles along with sites.

Get lost in Melbourne. After all, the locals are friendly, or so I’ve heard, and where once bullock carts roamed with goods in the 19th century, now locals and travelers find an escape from the modern city. Wander through the gothic laneways, where you’ll discover quirky boutiques, charming eateries and unique offerings, including hearty Italian restaurants along Hardware Lane and underground dining in a wood-paneled basement along George Parade. For a fashion foray, check out the flagship stores along Little Collins Street or local designers on Manchester or Flinders Lane.

Sydney likes you, too (but not as much as Melbourne) 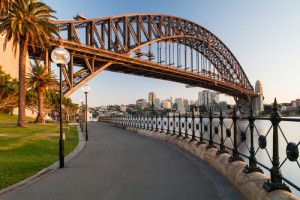 Sydney is only the fifth friendliest city in the world. Don’t worry. We promise it still has lots of smiles to go around, and you’ll smile, too, with activities you and your family can do for free. Cross the iconic Sydney Bridge on foot and see the Sydney Opera House. Then head to the nearby Royal Botanic Gardens with its free guided walking tour. The Art Gallery of NSW offers free performances on Sundays, and admission is always free at the Museum of Contemporary Art Australia.

Couple your time in Sydney with a stopover in Port Douglas to see the Great Barrier Reef. We’re not into scare tactics, but the reef has lost more than half of its coral cover over the last 27 years. The reef might be listed on the World Heritage in Danger list for 2015, according to The New York Times, so if it’s on your bucket list, we recommend moving it up a few slots.

Jump into fun in Auckland!

Auckland ramped up its friendly factor ten-fold this year. Jumping from number 16 to number one, Auckland tied with Melbourne for friendliest city, according to Condé Nast Traveler’s annual reader’s survey. And why shouldn’t it? Auckland is well known for its clear air, fresh food and amazing culture. Museums and historical villages fascinate while the Sky Tower mystifies. Almost 1,100 feet tall and 360-degree vistas up to 262 miles, the tower impresses with amazing vistas of the city and the natural landscape just beyond it. Nature wonders abound in New Zealand, like the waterfalls at Milford Sound. 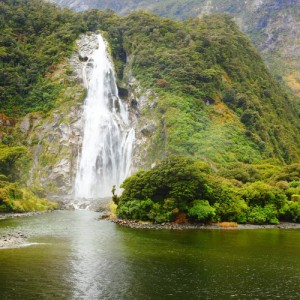 The air up there in Australia and New Zealand

We’re not going to lie. The flight from the United States to New Zealand is loooooooooong, but it might not seem that way when you fly Air New Zealand. You have four seating options, and the service in each section is impeccable. Even in Economy, you still have 150 movies and 800 TV channels to entertain you, but if work is paramount, then most seats have a USB connection and every row a shared in-seat power connection.

Other soothing accommodations include:

– Economy Skycouch, which easily convert into a flat surface for relaxation or playtime