On the Go Extra: Away We Go with Novelist Marjorie Liu!

On the Go recently spoke with New York Times Best-Selling Author and Comic Writer Marjorie Liu! Check out Marjorie’s travel adventures in this edition of Away We Go!

What was your first comic con? 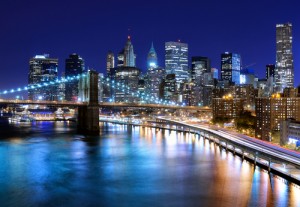 My first comic con was actually New York Comic Con, and it was the first year they ever put on the show. They were totally unprepared for how many people would come, so I remember being inside the convention center—The Jacob Javits Center—and hearing from friends that the fire marshals had shut down the building. They were preventing people from coming in, and had even called out the National Guard to help with the crowds. All of us were totally astonished.

That was a very significant convention for me. I had just written an X-Men novel for Pocket, which had signed a licensing deal with Marvel so that they could publish fiction based on Spider-Man, The Avengers, and other creative properties.  Because the guys at Marvel had to approve the work — and they liked the novel — it gave me the courage to actually introduce myself to the director of recruitment, who happened to be at the convention.

That’s how I got my foot in the door at Marvel.

Best vacation you’ve ever had?

The Breathtaking Paololu Valley in Hawaii

I’ve had a couple fantastic ones. I spent three weeks on the Big Island of Hawaii, just sort of wandering around, living in Hawi. It’s on the northern tip of the island. Every morning my partner and I would go to a local coffee shop, and then drive to Pololu Valley where we’d walk down this treacherous mile-long trail to a gorgeous, gorgeous, gorgeous black sand beach surrounded by a forest that is straight out of every fantasy novel I ever read growing up. I half-imagined unicorns were going to appear. It’s so beautiful.

We’d also drive to Kona a couple times a week, because there’s an amazing used bookstore just on the edge of the city.  A giant warehouse full of books, possibly the best I’ve been in.  We lost hours in that place, inching down the aisles.  By the end of the trip, we had accumulated so many books we had to ship them home.

Recently, we were also in New Zealand — and it was a blitz vacation. We were only there for five days between literary events in Australia. We rented a car in Auckland and drove all the way down to Wellington, basically doing The Lord of the Rings tour. We hit Hobbiton, went to all the filming sites so we could see where our favorite battles took place. We put on the elf ears. We just nerded out, left and right. It was incredible fun.

I have not yet experienced much of Europe. I’ve been to Iceland. I’ve been to Scotland. I spent a day or two in London, but I’ve never been farther than that. I would love to explore Prague and Vienna. Oh, and I want to go to Istanbul, which has been a long dream of mine. There are a handful of other places I’m dying to visit, and my hope is that within the next couple of years I’ll make the time.

I have a couple. I love the Mandarin Oriental in New York. In Tokyo, I adore the Hotel Okura. 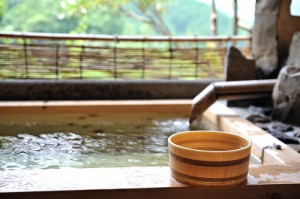 Another favorite in Japan was a traditional ryokan in Hakone: Hotel Taiseikan. We departed from the train, crossed the road to a smallish, very nice, modern building – and from there took a private cable car down into a hidden river valley. After walking a short distance through a hauntingly beautiful garden, we found ourselves at the inn, which was also surrounded by natural hot springs. I mean, wow. I had no idea what to expect, but it wasn’t that.

And let me tell you, soaking in outdoor hot spring baths is incredibly relaxing.  It was spring, so the plum blossoms were blooming all around us – and even though it was still chilly there’s something amazing about sinking into super hot water and then breathing in the cold air.  It was an incredible experience, something I’ll always remember. 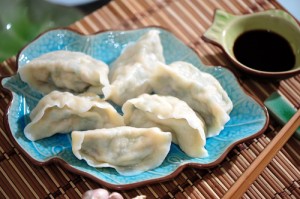 Dumplings, ready to be devoured

I love dumplings.  It’s absolutely my favorite food, probably because my grandmother used to make them, so they’ve been part of my life since I was a small child.  I was in Melbourne for a literary festival, and what amazed me about that city was the number of excellent Chinese restaurants – all serving amazing dumplings. Of course, nothing will ever compete with my grandmother’s, but I have to say that Melbourne did an excellent job.

I have two favorite restaurants, and they’re both in Boston — Cambridge, specifically. I love East by Northeast, which is heavily influenced by Chinese cuisine. Small place, really unique, with excellent, excellent food that is both creative and tender on the tongue.  Chef Phillip Tang is always experimenting with his dumplings, special bao, and homemade noodles; or cooking up scallion pancakes stuffed with pork belly or roasted chicken. Totally delicious.

My other favorite restaurant is right off of Harvard Square, a place called Café Sushi. It’s been described to me as the “best secret sushi restaurant you’ve never been to” and it’s run by Chef Seizi Imura, who is a young, fiercely talented guy who will create for you the most amazing meal if you order “omakase” (which means that you leave it up to him to decide what you’re served). It’s also a great place if you’re a vegetarian.  I’m not, actually, but many of my friends are – and typically there’s not much for them at sushi restaurants.  That’s not the case at Café Sushi.  Their veggie options are scrumptious (even for a meat-eater like me).

I don’t drink actually. My problem is that I never hydrate enough, so I just try to remind myself to drink more water. 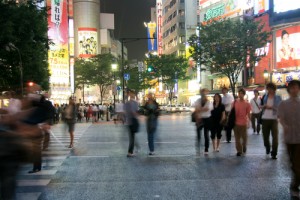 Wandering in Shibuya, a lively section of Tokyo

When I was in Japan, what I loved to do is take the train to a random part of the city, get out, and just wander. I love wandering. I love getting lost in new cities and new places. I’ll do the basic research and find out what I should see.  I’ll visit those [sights], but I like wandering off the beaten path, going through neighborhoods, checking out random restaurants and poking my head in. For me, it doesn’t matter if I speak the language.

In areas where I can’t walk, where I have to rent a car, I do the same thing. I’ll hop in the car and go, and just see what happens. I’m always pleasantly surprised by what I discover.

I don’t mind some planning when I travel. Planning is really important, but I always leave a lot of time for random adventure and exploration, because surprises are incredibly valuable and oftentimes the most memorable part of my trips.

No socks. I hate socks.

Which type of conventions do you enjoy more, literary festivals or comic cons?