5 Things to Do This Weekend in NYC

It’s autumn in New York, and you know what that means: cooler temps, pumpkin spice lattes and zombies! So don’t go apple picking upstate when you’ve got all the excitement of the Big Apple at your fingertips.

More than a 130,000 geeks descend upon the city this weekend with costumes, movies and of course, comics for New York Comic Con! (Maybe one of the five things to do should be to get out of the city.) If you have one of the golden tickets (they’re actually blue this year, if you have a four-day pass), check out the interactive displays, sit in on a panel about your favorite book, TV show or movie, or find out the latest designs for big-name video games. 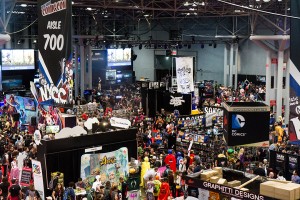 Not sure what to do at a comic con? Check out our Comic Con 101!

An off-shoot of NYCC, the NYC Zombie Crawl will take place on Saturday, Oct. 11, starting at 4:00 p.m. at Twins Pub (9th Ave. at 34th St.) Recommended for zombie fans over 21, this event makes the Walking Dead look tame with a crawl to and through Times Square, followed by an after party at BowlMor Lanes with free entry into the bar with drink and food specialties (which do not include brains).

Want to be zombified? Get all the glory details for this week’s Zombie Crawl here.

To commemorate the 20th anniversary of Friends’ debut, a pop-up Central Perk at 199 Lafayette St. (at the corner of Broome Street) opened Sept. 17 and will close Oct. 18. The coffee shop serves free cups of Eight O’Clock Coffee, including the limited-edition Central Perk Roast, and features the iconic orange couch, exclusive props and merchandise. James Michael Tyler, who played the shop’s attendant Gunther, made a few special appearances.

Don’t miss out! Head out to Central Perk this weekend, but be prepared to wait. Lines can get freakish long, according to our on-spot correspondent, Sarah. 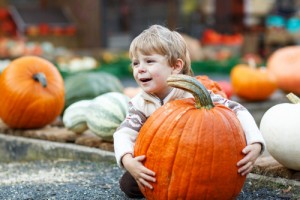 From now until Oct. 31, the New York Botanical Garden gets its Halloween on with a Haunted Pumpkin Garden!  spooky scenes created entirely from pumpkins, pumpkin carvings, pumpkin sculptures, the Pumpkin House, monster pumpkins and creepy critters. The events are not free with weekends and Mondays costing $25 for adults, $22 for students/seniors and $10 children 2-12.

Final week for Koons and his balloon-like sculptures

Perhaps known best for his inflatable pieces, which may appear to be balloons but are entirely metal, Jeff Koons is one of the most influential, popular and controversial artists of the 20th century, so you’ll want to visit Jeff Koons: A Retrospective exhibit at the Whitney Museum of Modern Art before it closes on Oct. 19.