The U.S. is not like any other travel destination in the world. When you travel five hours in Europe, you can drive from London to Paris. When you drive five hours in Pennsylvania…you’re still in Pennsylvania (though yes, we will concede that a five-hour drive takes you from New York City to Washington, D.C.). But with so many great places and so many great things to do in Ol’ Red, White, and Blue, your bucket list doesn’t need to include Big Ben, Nessie, or fondue. 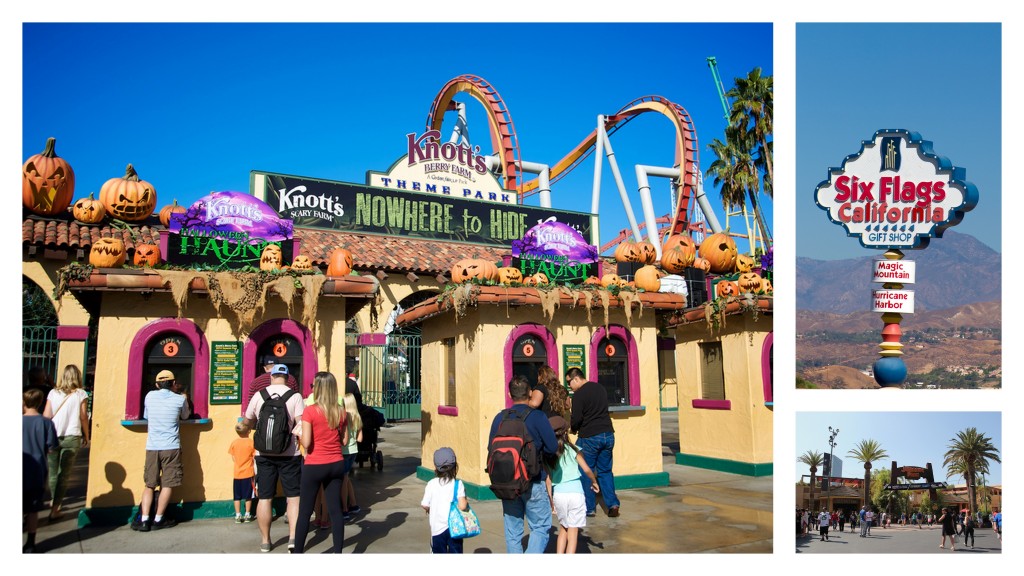 America doesn’t have a shortage of world-class theme parks. In California alone, there is Disneyland® Resort, Universal Studios Hollywood®, Six Flags® Magic Mountain (with a record 19 coasters in one park), and Knott’s Berry Farm® (a historic park with modern additions), all within 65 miles of each other. But if you’re wary of so much awesomeness in such a small area, check out Florida with the Mouse’s main domain and Harry Potter’s world, plus a handful of waterparks and other amusement areas. And of course, you can’t forget Cedar Point® in Ohio, which is located on a peninsula in Lake Erie with a world-record 72 rides. It also has been named “Best Amusement Park in the World” by Golden Ticket Award for 16 consecutive years. 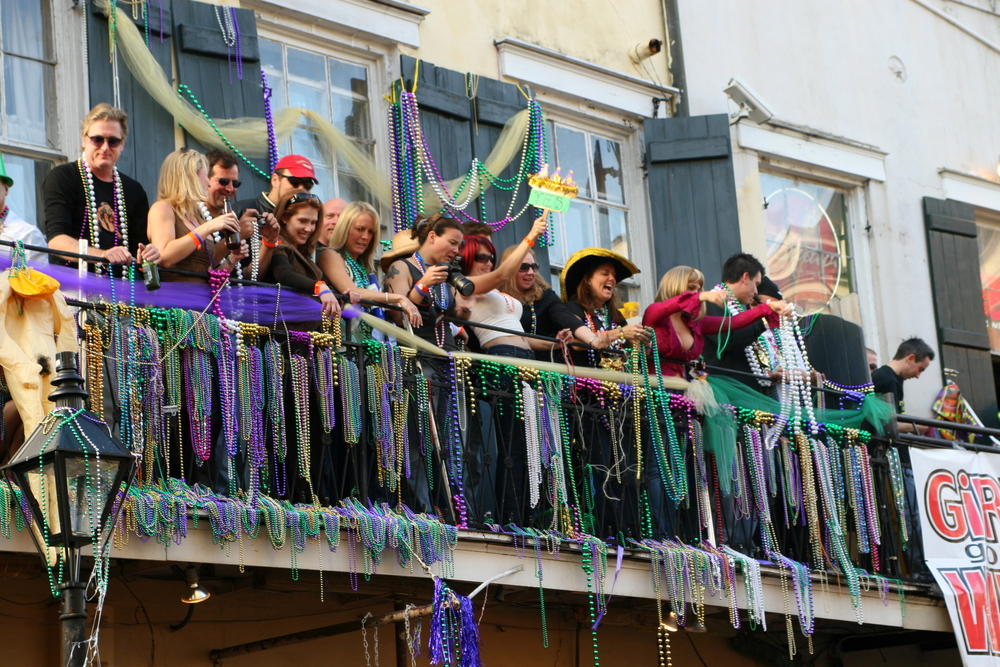 Dubbed the “Greatest Free Show on Earth,” Mardi Gras is celebrated in New Orleans, specifically in the French Quarter, with awesome parades—as many as 12 in a day—contests, and balls. And Mardi Gras isn’t one day, “Fat Tuesday,” but 10 outrageous days. America’s ultimate party, especially in the French Quarter, can get rowdy and mature, so for those who want to enjoy a tamer experience, try Family Gras. Family Gras takes place over a weekend with family-friendly concerts, such as Jesse McCartney, Montgomery Gentry, and more, plus a Flambeau Food Court with New Orleans favorites like jambalaya, crawfish pasta, muffulettas, and gator-on-a-stick. This celebration takes place on the grounds of Veterans Memorial Boulevard.

New York City during the holidays

New York City should be on any U.S. bucket list unless you live less than 30 miles away from the Big Apple and visit there regularly. (We’re headquartered in New Jersey and realize how lucky we are to live near this amazing cultural hub.) Perhaps we are even dampening the importance of New York City with recommending you visit during the season, but the city is transformed into a magical paradise in winter with glowing trees and buildings, holiday markets, and numerous ice-skating rinks. So when you visit the Empire State Building, (new) Yankee Stadium, Broadway, MoMA, One World Observatory, Time Square, and Central Park, they’ll all be pretty and sparkly. Just make sure to bundle up.

While we’re talking about sparkly places, Las Vegas is a sight to behold. The Strip is lined with themed casinos, world-class eateries, and unparalleled performances. Experience one of the numerous Cirque Du Soleil shows, live magic shows, popular and still popular acts like Mariah Carey, Boys II Men, Donny & Marie, Britney Spears, and more.  The city’s nightlife is second-to-none with trendy bars and lively clubs in every casino, and unique experiences, like the VooDoo Zipline, the Stratosphere rides (and SkyJump), and the Fremont Street Experience get your heart racing. In between all the exciting entertainment, take a break at one of the many culinary meccas, like Top of the World or Il Mulino New York. For those who love all of Vegas, including the history, don’t miss the old signage from Caesars Palace, the Stardust, and more, at the Neon Museum.  Oh, and this is Vegas. You might want to do some gambling, too. Just saying. 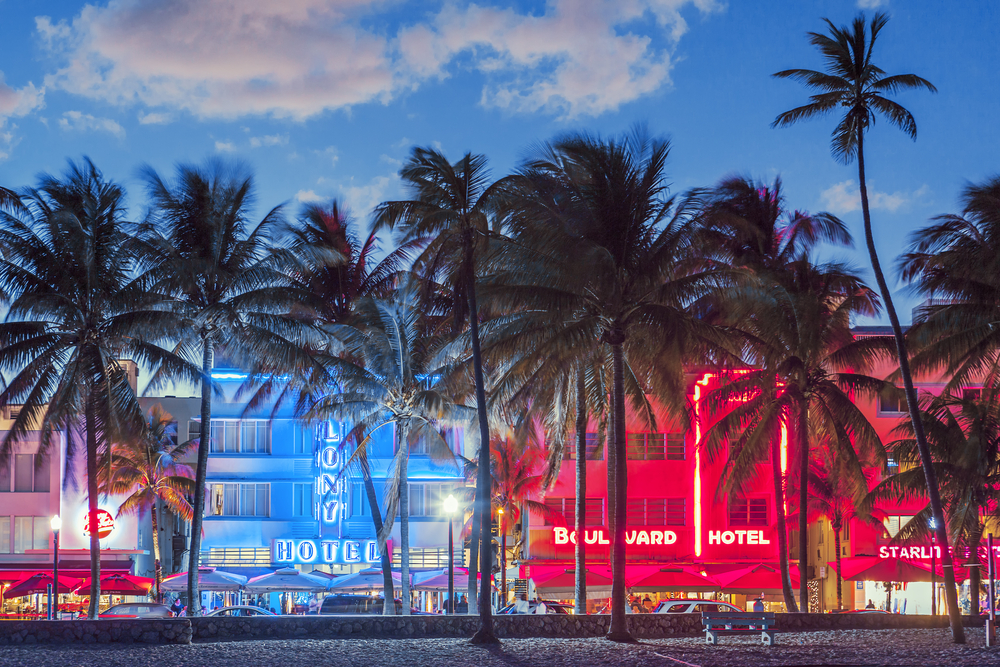 “Party in the city where the heat is on,” raves Will Smith, and he’s so right. South Beach in Miami is a culture all its own that must be on any bucket list. Drive down Ocean Boulevard and be stopped by a model and her photographer taking pictures in the middle of the street (true story). Experience the historic signs on the modernized hotels (thank you, historical society). Eat at one of the many delectable outdoor bistros that actually drape plastic curtains to stay open during rainy weather, and stay at one of the many luxurious resorts with their upscale clubs and elegant spas. And unlike Vegas and New Orleans, South Beach has…y’know, a beach. 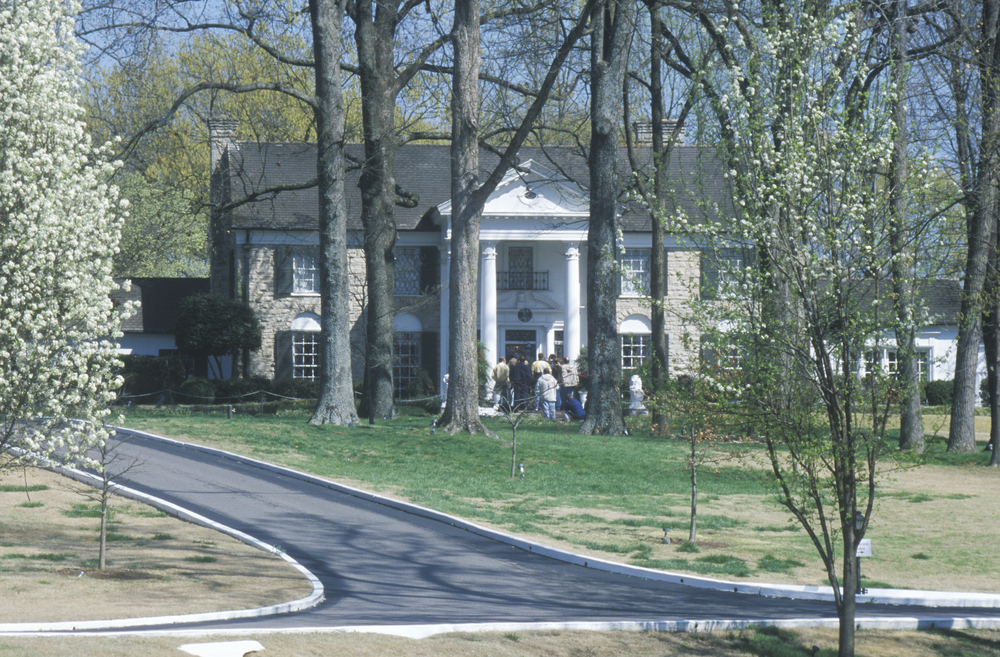 One of the iconic American singers of all time, Elvis Presley called Graceland® his home for more than 20 years, and The King of Rock ‘n’ Roll didn’t just have a house in Memphis. He built a compound with a mansion, a racquetball building, a trophy building (that was once used for recreation), his father’s office, and a meditation garden, and every year, millions of fans make the pilgrimage to his house to pay their respects. Addition exhibits include the Elvis Presley Automobile Museum, Elvis’ Custom Jets, Elvis’ Hawaii: Concerts, Movies, and more. After Graceland, explore the National Civil Rights Museum® at the Lorraine Motel, where Martin Luther King, Jr. was killed; the blues haven of Beale Street; and watch the march of the ducks at the Peabody Memphis.

Hawaii Volcanoes National Park is home to the fiery Kilauea and Mauna Loa, two of the world’s most active volcanoes in the world, See how the Hawaiian Island chain formed when Kilauea shoots molten lava more than 150 feet into the air. Mauna Loa stands about 56,000 feet above the depressed sea floor, higher than Mount Everest by 27,000 feet. Besides the natural phenomenon of the lava flow—which you can’t experience almost anywhere else in the U.S. without first having to run for your life—the national park also boasts rare plants and animals. 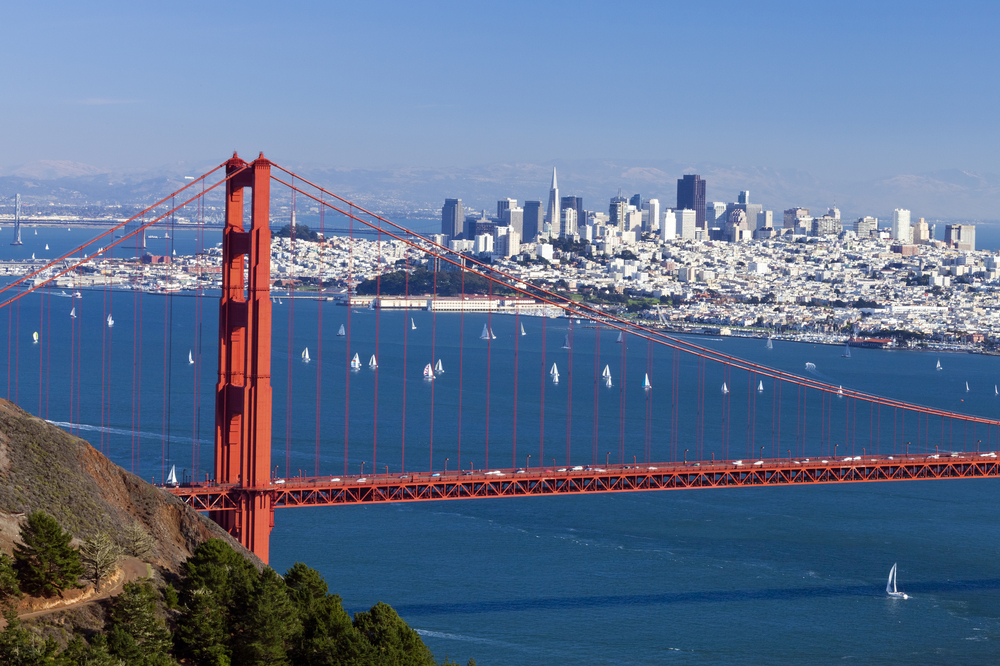 Only an hour apart, Napa Valley and San Francisco are the sophisticated spots on our bucket list. World-class vineyards offer exquisite wine tastings, culinary classes, and luxurious spas. Take a ride on the Napa Valley Wine Train, which serves a gourmet three-course meal with expert wine pairings as you ride through the enchanting vineyards. San Francisco offers upscale escapes like Sunday City Brunch in The Garden Court at The Palace with tables upon tables of exquisite dishes; the California Academy of Sciences—a planetarium, aquarium, a natural history museum, and a rainforest all under one roof; and the Golden Gate Bridge. And…okay, you have to see Alcatraz, the famous prison (all right, perhaps not quite high-end there), and don’t forget to try the sourdough bread! 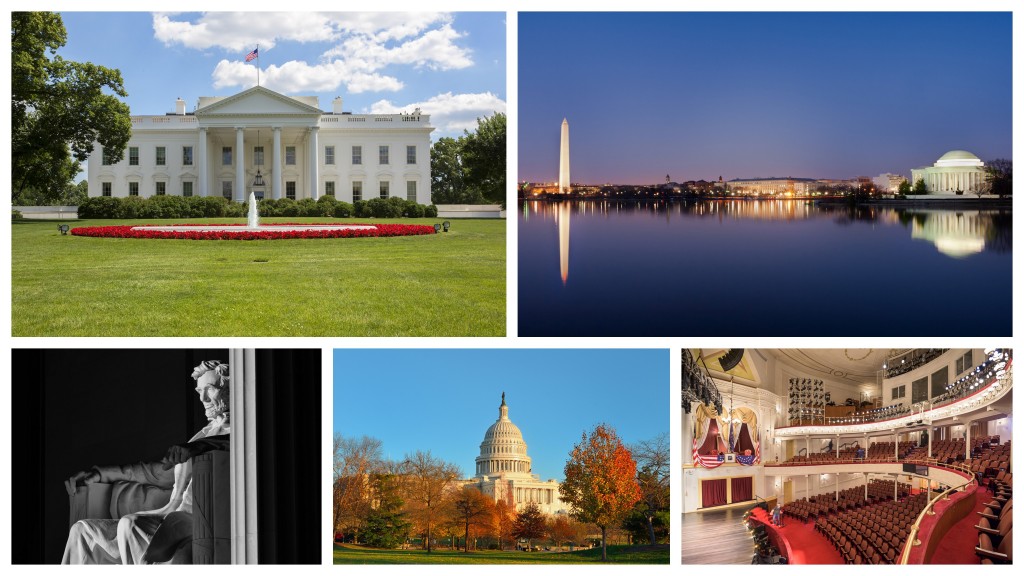 Our national’s capital deserves to be on any American’s bucket list. After all, our founding fathers designed it to be the ultimate home court advantage, and it is does not disappoint (though the White House does look tiny in comparison to say, Versailles). Between the Washington Monument, the Jefferson Memorial, the Lincoln Memorial and the Reflecting Pool, Ford’s Theatre, all the Smithsonian museums, Martin Luther King, Jr. Memorial, the National Archives (The Constitution and The Declaration of Independence), the Library of Congress, the U.S. Capitol—I’m running out of room to write all the different exhibits you must see! Do it all! 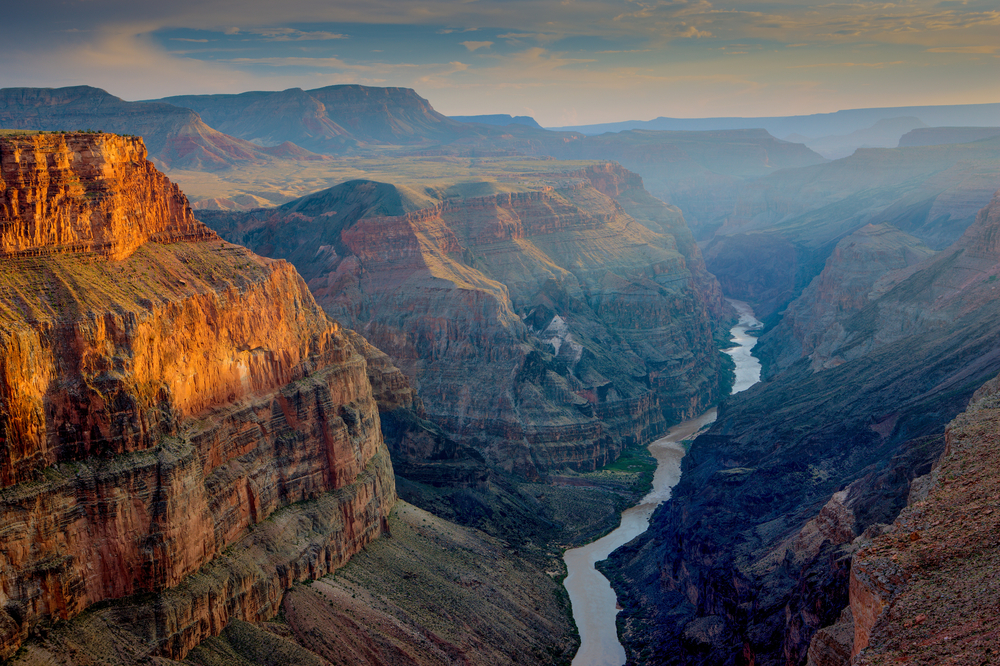 Sometimes, places don’t live up to their superlatives. (Is a great lake really great?) But the Grand Canyon is certainly grand. It’s stretches more than 277 miles long, 18 miles wide, and a mile deep. (Don’t look down!) More than 1,800 million years old, the Grand Canyon is one of the most records of geological history that can been seen anywhere in the world, and with three distinctive experiences—the South Rim, the North Rim, and the West Rim—the weekly pass you receive upon entry (costing $35 for a family) might not be enough time to see and explore this natural wonder. Seek adventure with a rafting excursion on the Colorado River or hike with a multi-day backpacking trip. Take a guided tour or ride on a bike or a mule!

Got a few more spots on your bucket list? Considering doing one of these great events or seeing these American treasures. 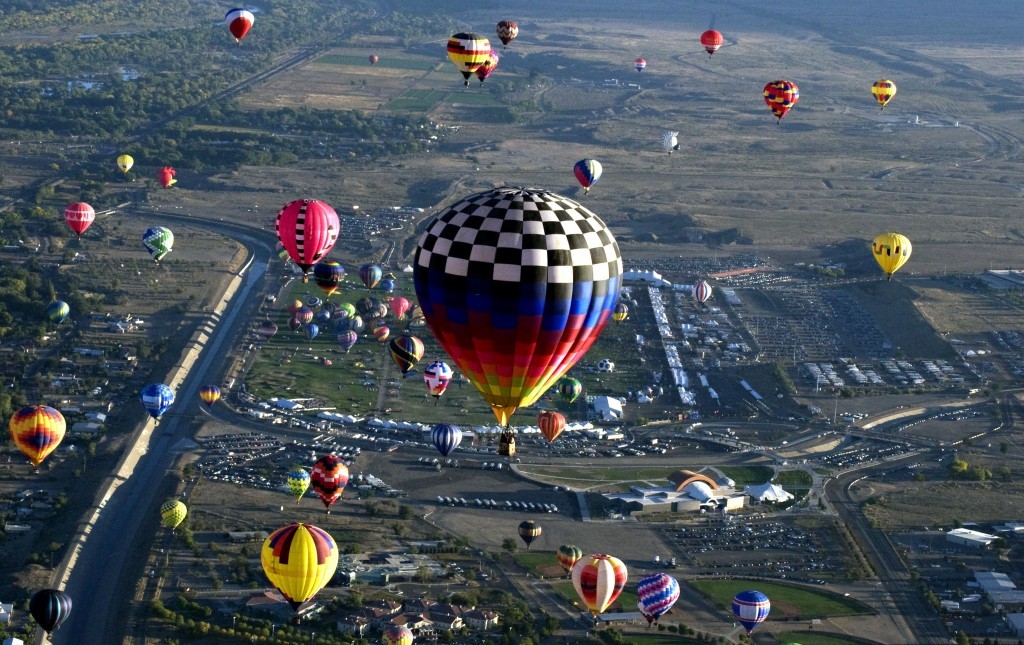 The premier balloon festival in the world. Watch more than 550 balloons take flight in less than a half hour, or watch one of the evening balloon blows. Don’t miss out on the Albuquerque Box, which allows the balloons to rise and head in one direction, and then once they reach a certain altitude, fly back and land at their original launch points. 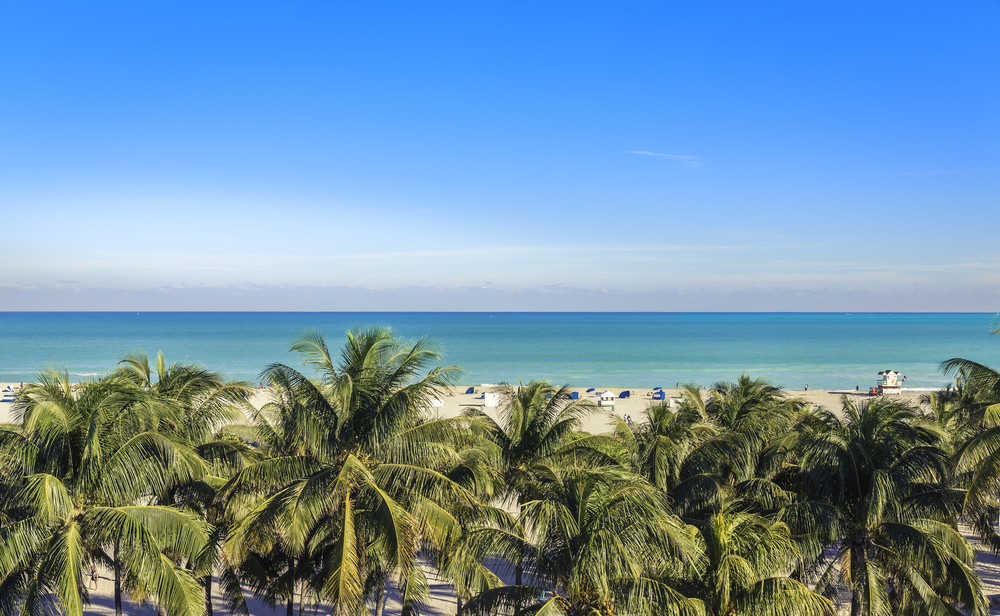 Revered as some of the best beaches in the U.S., Florida beaches offer warm water and powdery, golden sand. The serene waves of the Gulf of Mexico are generally favored, but the cool Atlantic Ocean offers its share of surfing havens. 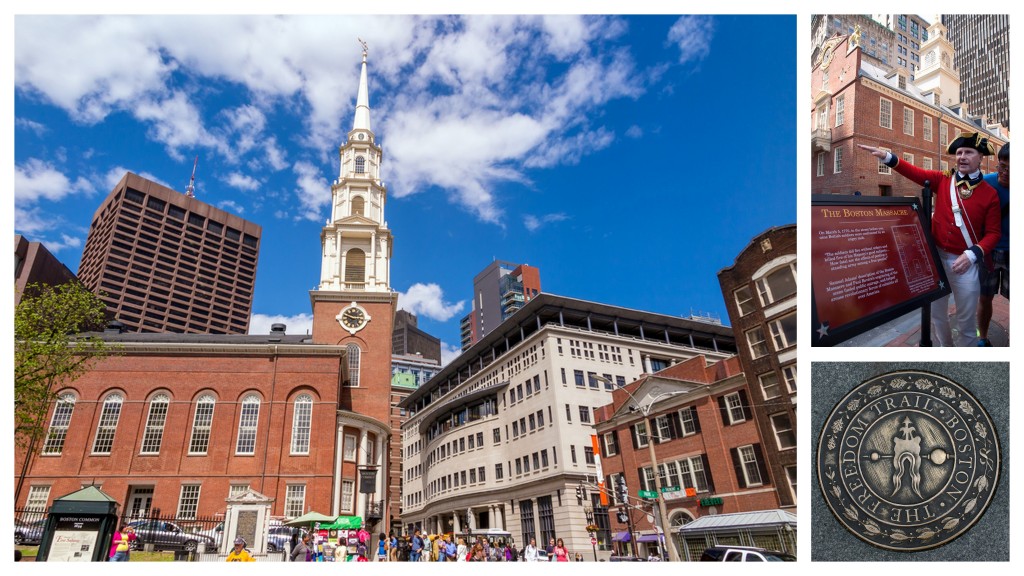 A 2.5 red-lined route through the center of Boston takes you on a journey with our founding fathers to Boston Common; the site of the Boston Massacre; the Old North Church; Bunker Hill; and more. Book a tour to hear the storied past from a guide dressed in period clothing! 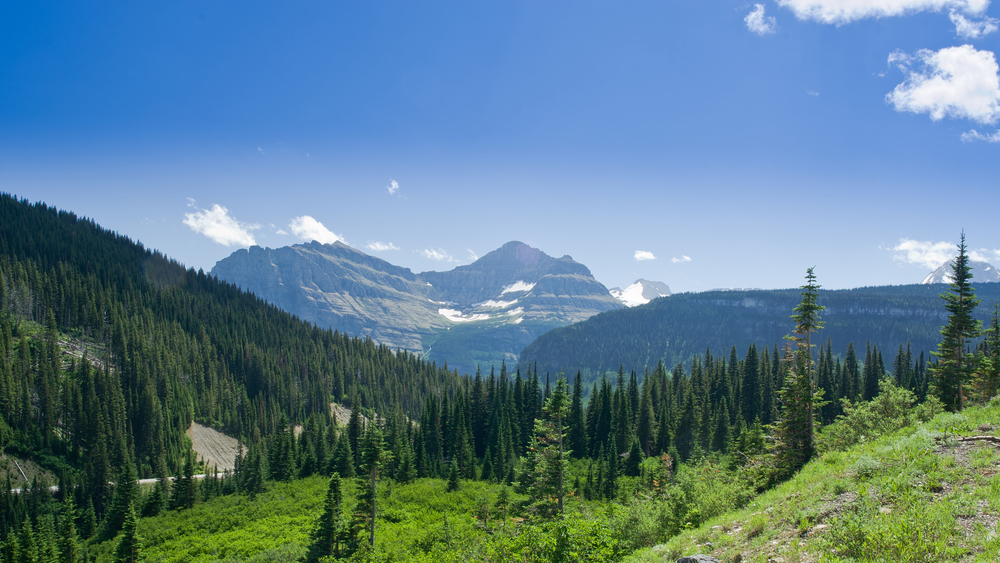 Generally in western states like Washington, Oregon, California, and Montana, these masses of ice are so large that they flow like a heavy liquid. Due to recent climate change, glaciers throughout the world are shrinking, so if you want to see an American one, there’s no time like the present.