It’s not a love ballad like California has for its state song, but “Florida, Where the Sawgrass Meets the Sky,” the state anthem, has some truth to its words. As one who has visited it quite frequently, I assure you, “There are treasures for all who venture here in Florida,” as the song goes, and not just the Waffle House (though that is super yummy). So just what treasures can you find in the Sunshine State? Read below for the Top Ten! 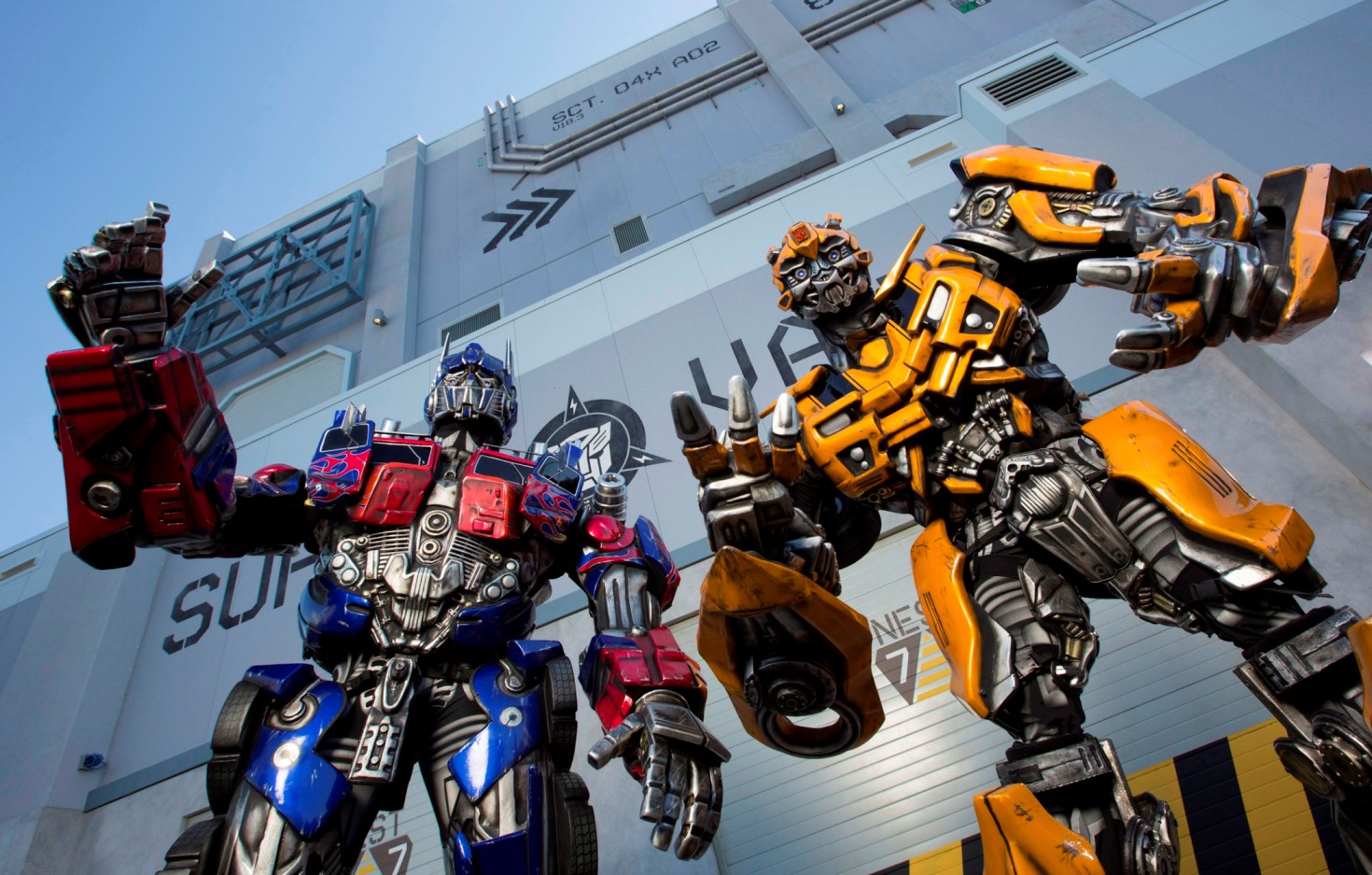 Universal Studios Florida® celebrates its silver anniversary this year, and since it opened in 1990, the one-time theme park has become a resort complex with four hotels (a fifth in construction), two theme parks, and one water park. At Universal Studios Florida®, families with teens, especially, can enjoy rides and attractions together, like The Simpsons Ride™ and Transformers the Ride—3D, and roller coasters such the Hollywood Rip Ride Rockit® and The Revenge of the Mummy. Over at Universal’s Islands of Adventure®, Marvel superheroes, the worlds of Dr. Seuss, and Jurassic Park come to life in areas designed specifically for immersion and adventure. We recommend you stay at one of the three luxury hotels, where you’ll get a Universal Express™. This pass allows you to skip the lines to most attractions—so worth it—and you receive early admission to the Wizarding World of Harry Potter™! (More on Harry later.)

You most likely will never go into space. It’s a sad but true fact, Science Fiction geeks, so visiting Kennedy Space Center, where astronauts launch to the final frontier, is an out-of-this-world experience. (I’m sorry. I couldn’t help it.) On a KSC Bus Tour, visitors board a NASA bus for a drive-by of the launch pad before stopping by the historic Apollo 8 launch site (history lesson: Apollo 8 was the second human spaceflight mission in the U.S. Apollo space program), and the Saturn V rocket, which is the tallest, heaviest, and most powerful rock that was ever operational for NASA. Other experiences include the Launch Control Center tour, a Then & Now Tour about the history and astronauts of the space program, and an Up Close Explore Tour, including the active launch pads and Shuttle Landing Facility.

Swim with the Dolphins—Discovery Cove

Meet with Florida State’s Official Salt Water Marine Mammal (doesn’t every state have an official salt water marine mammal? No?) at Discovery Cove’s Dolphin Lagoon. Here, you can have one-on-one encounters with the dolphins, rubbing their backs and receiving kisses and hugs from these affectionate creatures. Finally, take hold of the dorsal fin and go for a ride through the deep water lagoon to the shore.

Discovery Cove also offers a Grand Reef, where you can interact with playful rays or swim alongside reef sharks (safely behind glass); a Freshwater Oasis with small-clawed otters and adorable marmosets; an aviary with hundreds of species of birds and other curious creatures; and SeaVenture, where you can walk underwater with a dive helmet and interact with schools of fish, velvety rays, and other marine animals. 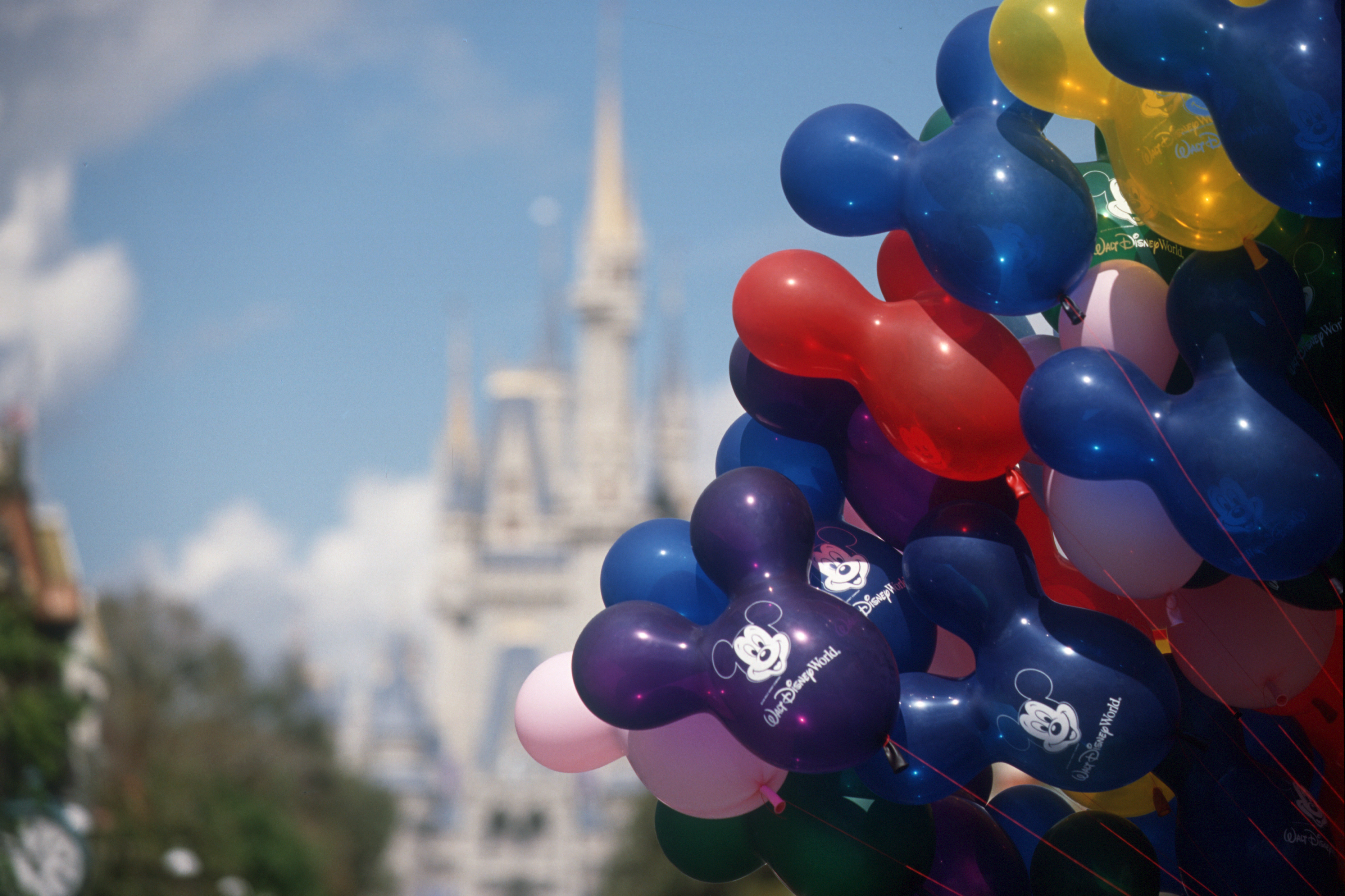 Okay, let’s be honest. You knew Disney World was going to be on this list somewhere. Orlando was the number one tourist destination in 2014 with more than 60 million travelers visiting the tropical city, and Disney World is always on their lists of must-see attractions with its four parks, two water parks, 25 hotels, and its intangible but always present magic. Coupled with character meals, family and extreme rides, professional shows, and behind-the-scenes tours, even a week might not be enough to see and do everything the world offers. So we recommend a 3-Day Magic Your Way Hopper and Water Park Ticket. You can hop around each major park and stop by the water parks to discover your favorite rides and attractions. 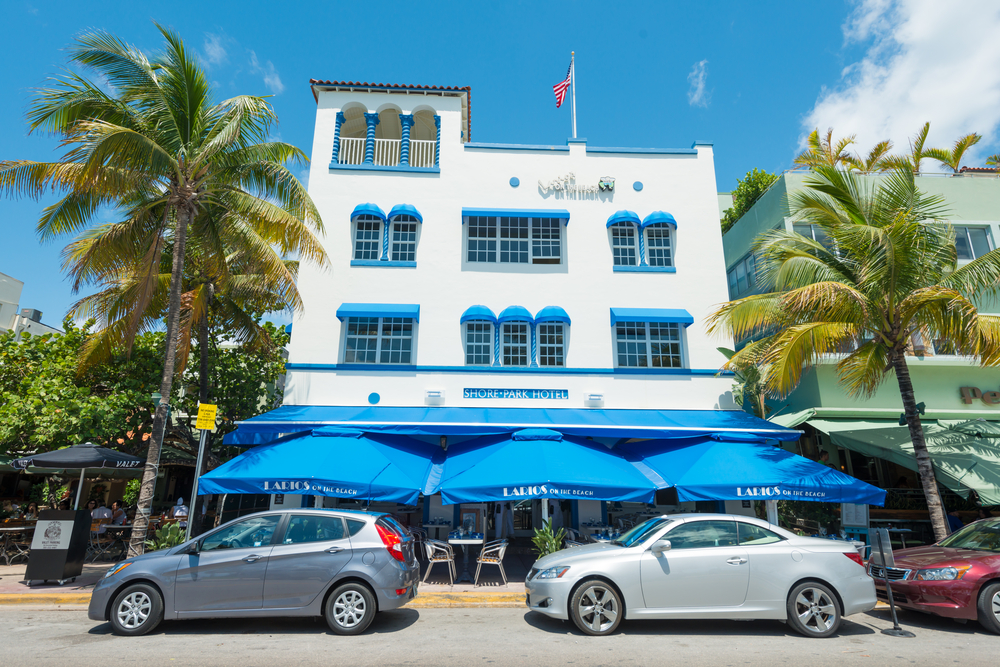 South Beach is a chic environment, and though you can’t head to Miami without exploring the iconic Ocean Boulevard, the true way to explore the South Beach Culture is through a Miami Culinary Tour™. (Fear not! The tour does not stick to the South Beach Diet.) Tours equate to a full meal and offer a variety of exotic and local flavors. The South Beach Miami Food Tour blends the Latin, European, and American tastes of South Beach with stops at hidden hotspots for ceviche, authentic empanadas, spicy Cuban dishes, and award-winning gelato. Experiences are combined with a walking tour of the Art Deco Historic District, so you’ll get history of the city from expert guides and see past movie sets and important landmarks. Other experiences include the Wynwood Food Tour, Little Havana Food Tour, South Beach Cocktail Tour, and more. If you like to savor your food intimately, a private tour is the perfect experience, which can be tailored made to your preferences. Also, vegetarians don’t need to book a private tour in order to enjoy a Miami Culinary Tour!

Every March, 15 MLB teams head to Florida for Spring Training in what is known as the Grapefruit League. This is a great way to see your favorite teams (including the Yankees, Mets, and Twins) as all stadiums are within a three-hour driving distance of each other. So even if your team is based in Sarasota, you can journey to Jupiter to see your team battle the Orioles or Cardinals and be back in a day. Also, all the games are close proximity to the beach as well as within driving distance from Orlando, Tampa, and even Miami. So if you need a break from Spring Fever, take it in the warm, calm waters of the Gulf of Mexico or at one of the world-class theme parks. 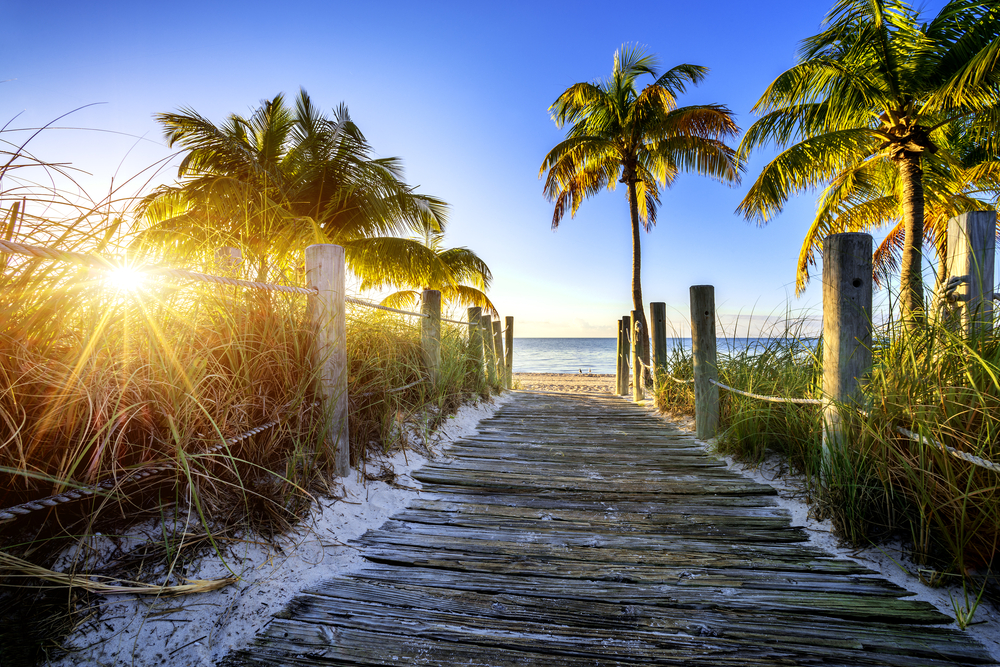 Located just under three hours from Miami, Key West is the southernmost point in the contiguous USA (there’s even a monument celebrating this fact), and it offers a relaxing, day trip away from the hustle and bustle of South Beach. Hike up to the Key West Lighthouse for a spectacular panoramic view of the island or visit the Ernest Hemingway Home and Museum to learn about the famous writer’s life on the island. Have a drink on Sunset Pier for some of the best views of—you guessed it—the sunset. Mallory’s Square is also another great place to see the sunset with a celebration every night, consisting of performers, food carts, artists, and more. If you’re staying the night, take a Ghosts and Legends of Key West 90-minute walking tour, and the next day, take a boat or a seaplane out to Dry Tortugas National Park, a 100-square national park in open water with seven small islands, a 19th Century Fort, and crystal-clear snorkeling conditions.

Okay, maybe it’s cheating to put Epcot® on here when we already have Walt Disney World, but this food and wine festival is something to behold. From the last Friday in September through the second weekend in November, more than 30 food and beverage “marketplaces” pop up along the World Showcase to let guests taste the world. From steamed green lip mussels with garlic butter and toasted bread crumbs in New Zealand to grilled beef skewer with chimichurri sauce and boniato puree in Patagonia, Epcot has a wide variety of tastes and flavors to savor, and with each marketplace having two or more regional favorites plus an expertly paired beverage (alcoholic and non-alcoholic), the food festival is more like a foodie’s culinary journey throughout the world. It is a delectate delight not to be missed.

An Everglades and Biscayne Boat Tour

Everglades National Park is the largest subtropical wilderness in the United States, and you can zoom through it on an airboat to see exotic and endangered species like the manatee, American crocodile, and perhaps even the Florida panther. (No, we do not mean the hockey team.) It’s also a World Heritage Site, and an International Biosphere, and you can explore it hiking, canoeing, biking, or on a tram or boat tour. If you take the Everglades and Biscayne Boat Tour, you can zip through the Everglades on an airboat and then take a leisurely cruise about Biscayne Bay and see the Port of Miami, Miami Beach, and Millionaires’ Row or Mile, where the rich and famous live.

The Wizarding World of Harry Potter™ 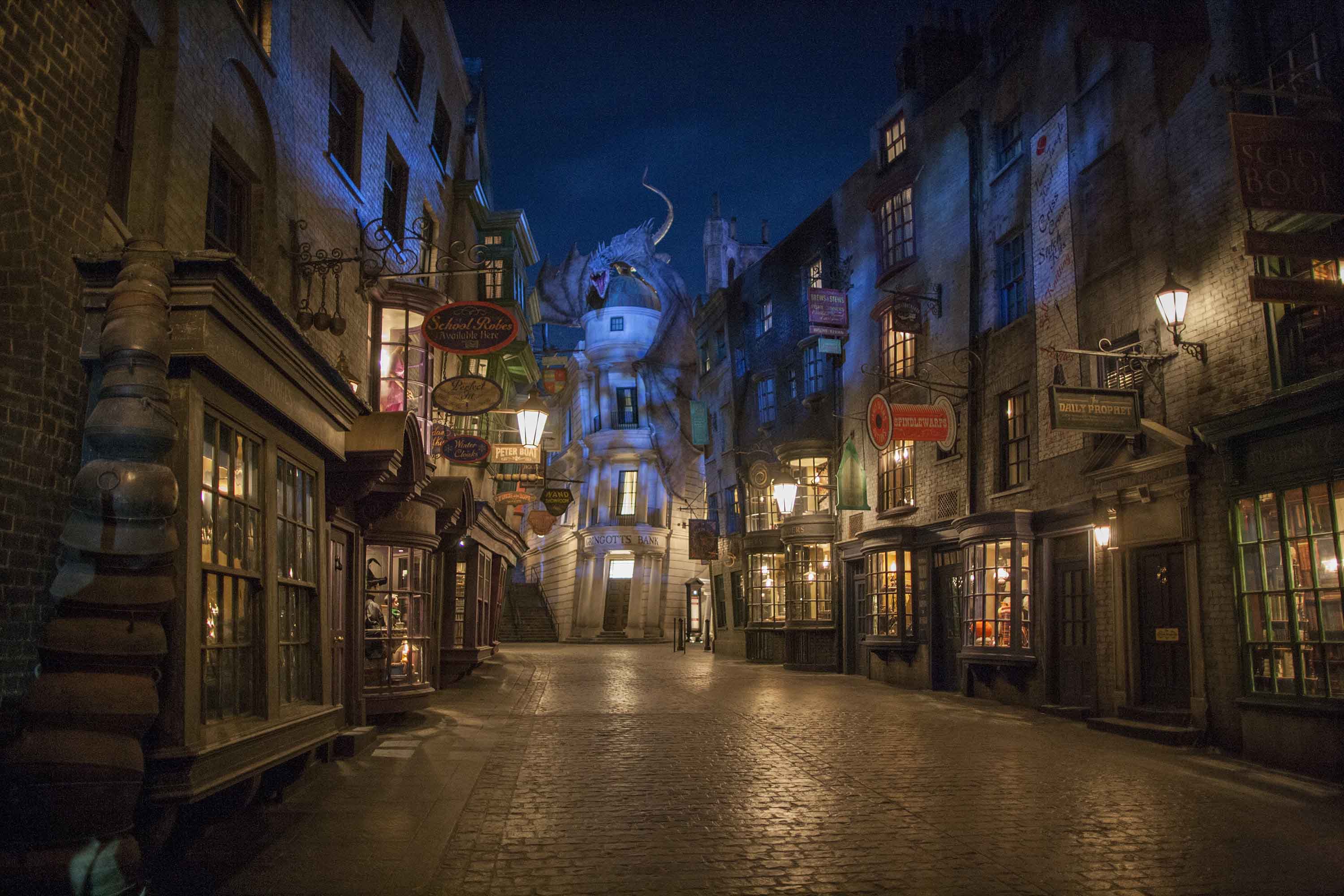 We did again. We’ve already mentioned Universal Orlando® Resort, but TWWOHP deserves its own nod. It spans two parks—Hogsmeade in Islands of Adventure and Diagon Alley over in Universal Studios Florida®, so the only way you can ride the Hogswarts Express and experience both adventures is with a two-Day Park to Park Ticket. But we cannot stress this enough. IT’S WORTH IT! While you may enjoy “riding the movies” at Universal, TWWOHP, especially Diagon Alley, puts you inside the movie. You are in the Wizarding World. You are interacting with wizards, creating magic with your wand, venturing into Hogwarts and Gringotts’ Bank. You can even watch—and feel the heat—as a dragon breathes fire. If you do nothing else in Florida, stop by Universal Orlando® Resort and experience the TWWOHP. It truly is the top destination in Florida (sorry Everglades).

Find your treasure in the diverse and always entertaining Florida, and if you’re not sure how to plan your journey, we’ve got itineraries for you! Check out the links below for awesome trips and tips!