The Air Up There – Why Air Turbulence Is a Convenience Issue, Not a Safety Issue 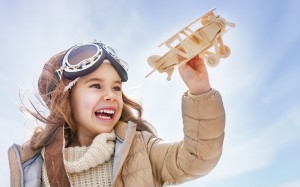 I’m a skittish passenger — not just in airliners, but also in cars, boats, motorcycles, etc. I’d simply rather have my own hands on the steering wheel, thanks.

But I’m not a pilot, so I need one to get me from LaGuardia to Vegas, and I applaud, admire, and trust anyone who can fly a 767 for any major airline. Which brings me to… air turbulence.

Turbulence used to bother me a lot. I mean, A LOT. That is, until I stumbled onto the blogs written by Patrick Smith (an active veteran airline pilot and author) and Chesley “Sully” Sullenberger (now-retired hero pilot of “Miracle on the Hudson” renown). Both pilots have written detailed explanations of what turbulence is (naturally occurring horizontal and vertical currents in the air through which the plane is flying) and what it isn’t (dangerous). Their reasoned explanations have changed my reactions to turbulence.

“Turbulence is an aggravating nuisance for everybody, including the crew, but it’s also, for lack of a better term, normal,” Captain Smith writes in “Turbulence: Everything You Need to Know.” “From a pilot’s perspective, it is ordinarily seen as a convenience issue, not a safety issue.” Pilots are trained to avoid turbulence and to manage it by changing speed and altitude multiple times in search of a smoother ride.

“Pilots receive weather and turbulence forecasts prior to flight; once aloft, we get periodic updates from our dispatchers and meteorologists on the ground,” Smith adds. “We have radar in the cockpit, as well as our eyes to see and avoid the worst weather. And perhaps most helpful of all are the real-time reports from nearby aircraft.”

Even with all this, the air can get rough without warning, but the airplanes themselves are designed and manufactured to withstand turbulence. In “Five Myths about Air Turbulence,” Captain Sullenberger writes that “The Boeing 787, for example, is built with wings that are designed to flex. You may actually see them move up and down, a movement that is designed to dampen motion.”

Both pilots recommend that you keep your seat belt fastened at all times when you’re in your seat. Also, choose a seat over the wings of the plane, nearest to the plane’s centers of lift and gravity.

Sullenberger also prescribes a thought experiment to deal with turbulence. “The next time you’re a passenger in a car, close your eyes and concentrate on every movement the car makes as it travels down the road. Feel the bumps and jolts, the rattles, the movements side to side and up and down, and catalog their frequency and intensity. You’ll find that the average car ride is much bumpier than the average flight.”

My conclusion? If air turbulence was as sustained and noticeable as the bumpy roads are in upstate New York, I’d never fly again. Fortunately, flying is generally a far smoother ride!

Ready for your next getaway? Fly to one of these exciting destinations!

A Culinary Haven in Cancun

Blending Culture and Adventure: Top 10 Things to Do in Los Cabos

8 Wondrous Things to Do in St. Lucia 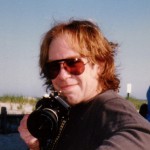 Jed Hauck is a writer for Flight Centre USA. A New Yorker to the core, he has written extensively inside the travel and entertainment fields (winning Emmy Award honors for the latter), and has traveled widely throughout Europe and North America. He would love to live in London but can’t quite master the accent. He does, however, speak French like Marcel Marceau.