A super fan (and the son of one of our writers) gives the run down on Disney’s Hollywood Studios hottest attraction. 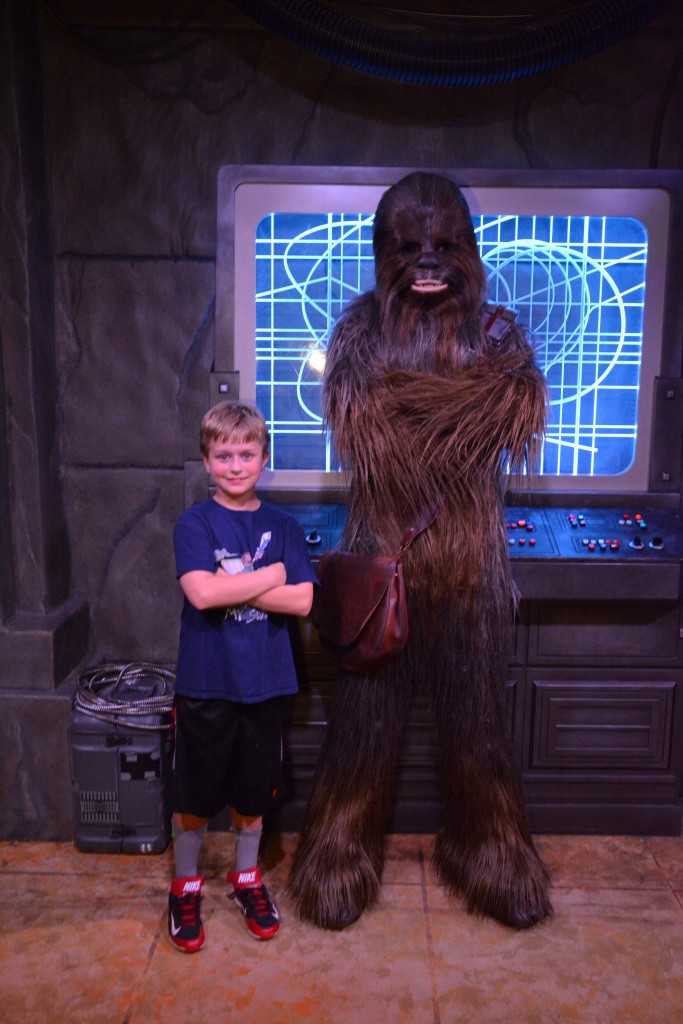 Q: I’ve never seen you before.

A: Umm so funny…not. My name is Tyler.

Q: How many times have you been to Disney World, Tyler?

A: I’ve been three times now.

Q: Which one of the parks is your favorite?

Q: Right. So the virtual reality ride is called Star Tours. How many times did you ride on that?

A: Five times. I would have gone again, but it was time for the fireworks. 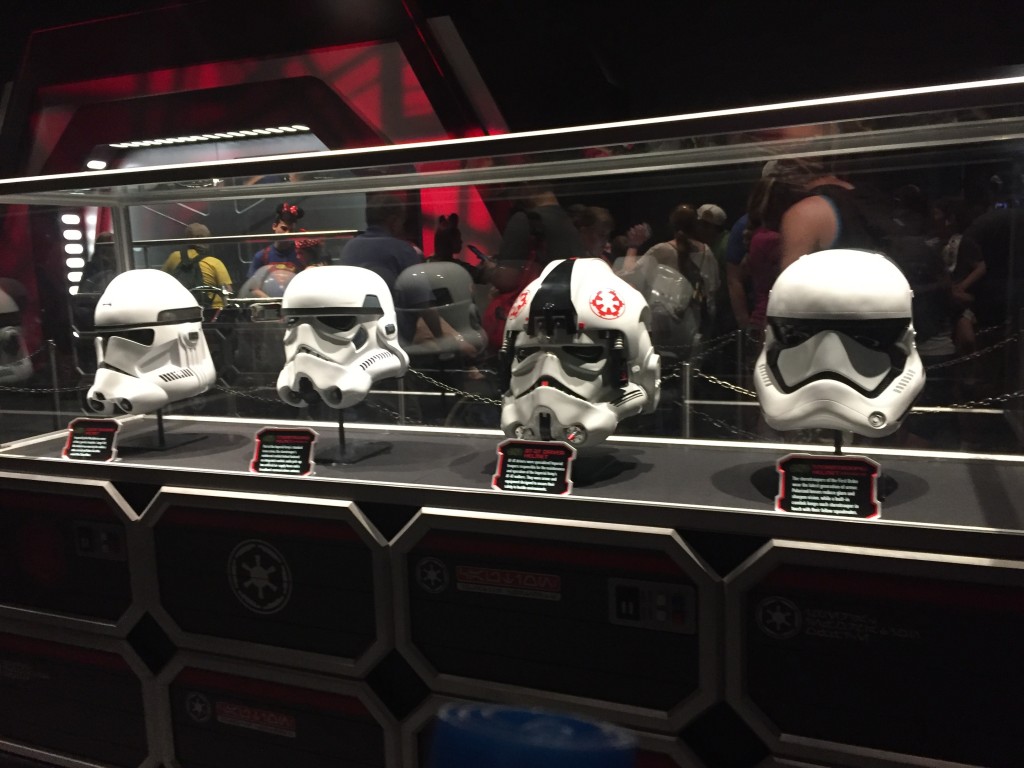 Q: You can’t miss that! So tell me about the ride?

A: It’s very cool. You walk into a star ship, and you put on 3-D glasses, and when it starts, C3PO and R2D2 are at the controls. They don’t really know how to drive. Suddenly Darth Vader and Storm Troopers try to take over the ship. The pedal hits the metal to try and escape, and then you are zooming through space and then underwater where a sea monster tries to get inside the ship and shakes it back and forth. BB8 appears as a hologram. The ship goes zooming through tunnels and up though the sky and into the stars. I don’t think the ship actually goes anywhere, but it really feels like you are flying, and the 3-D was so great you felt like you were there with the characters. It was amazing.

Q: Did you have to wait on line long?

A: During the day, the wait was like a half hour maybe. It would have been better if we got a Fast Pass for that ride, but we didn’t. When we went later at night, the wait was only like five minutes.

Related: 38 Things You Might Not Know About Walt Disney World

Q: Was that your favorite Star Wars thing to do at the park?

A: I really, really liked it, but I would have to say that I loved the Star Wars Launch Bay. 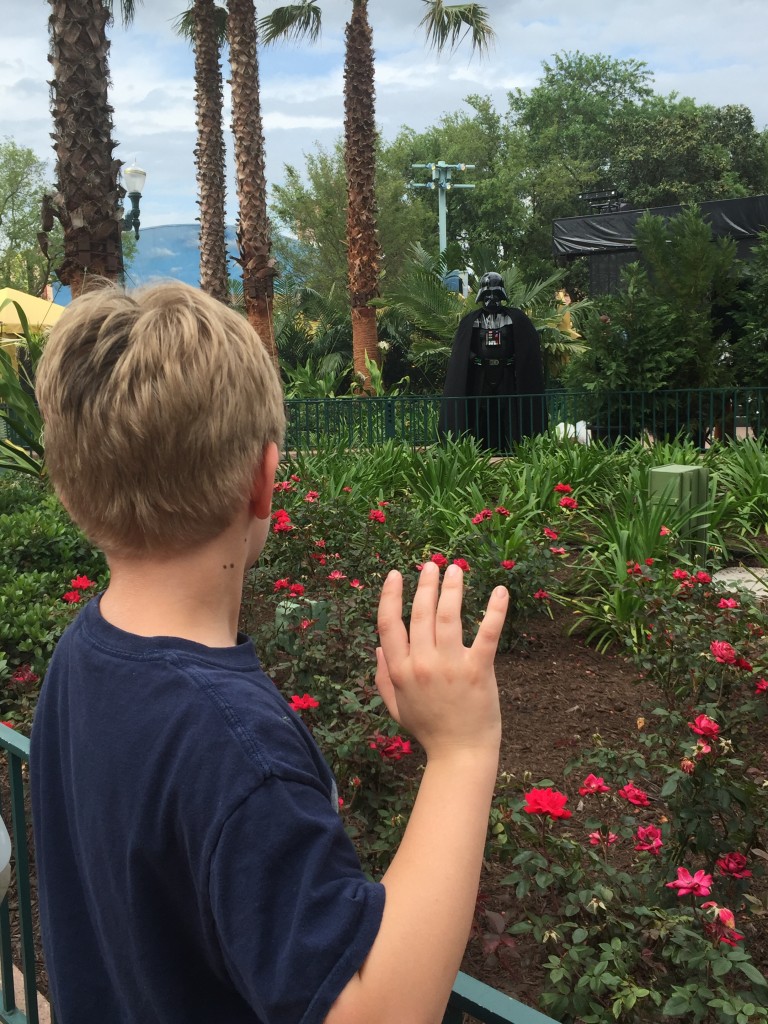 A: It was fantastic! There are all these props from all the movies, and there were Storm Troopers walking around. Then I got to meet and talk to Chewbacca and Kylo Ren. That was really cool. Kylo Ren tried to scare me, but then he posed for a picture. Maybe my light saber scared him. [laughs]

Q: Were there other Star Wars attractions?

A: Yes, there was a good movie called Star Wars: Path of the Jedi. There’s also Jedi Training where little kids can pretend to be Jedi students, and they get to take on Darth Vader and Kylo Ren. There’s also a show on the main stage that brings out all the characters, and there’s explosions and all this cool stuff going on. 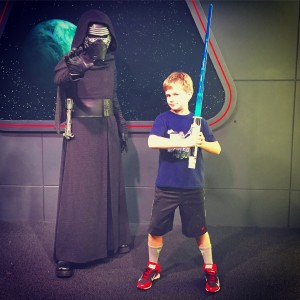 Q: And don’t forget about the fireworks.

A: Oh, yeah! The fireworks were crazy. They played all these songs from the Star Wars soundtracks. Those were the best fireworks I’ve ever seen!

Q: Did you do anything else why you were there?

A: Of course! I rode on a ton of other rides, but all the Star Wars stuff was the best! I am a Star Wars fanatic. By the way, thanks for buying me the double light saber.

Ready to plan your Awaken Summer adventure to Walt Disney World? Contact your local travel agent for great deals to Orlando and the rest of the US now!

One thought on “Disney World Awakens Star Wars, A Review by an 11 Year Old Fan”