Once you land at the airport, head straight for the new train system.

Says Colburn, “The newly opened UP Express will get you from the airport to the heart of downtown within 25 minutes with great views and free Wi-Fi.”

Colburn began her exploration at Yonge-Dundas Square before heading to the iconic CN Tower.

“With views of Lake Ontario and the city below, the SkyWalk is the only one of its kind, 147 stories high and a 360-degree view. It’s the best place to put the city in perspective.” 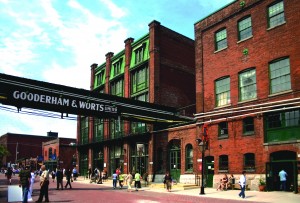 Colburn then explored the Distillery Historic District, the largest collection of Victorian era industrial architecture in North America which is now spotted with boutiques, cafes, and restaurants. She chose a Segway tour to see the district with an experienced guide who pointed out unique buildings and offered lively stories, as was the case with the Old Stone Distillery. The building was made of limestone, the base more than three feet thick and the ceiling thin, in case of an explosion.

Emphasizes Joseph Landau of Segway of Ontario, “That’s because they were making two million gallons of whiskey per year in this building alone, which, if you know anything about whiskey, it’s a little bit flammable and a little bit explosive. So they built a building that could withstand an explosion.”

The building encountered an explosion eight years later after it opened in 1869.

“You could actually see the flames all the way from Syracuse, New York.”

Colburn also visited the shopping meccas of Bloor-Yorkville and Queens West and ended her night at the trendy Thompson Hotel Rooftop with its swanky service and amazing views.

Only an hour and a half away from Toronto, Colburn toured Niagara with its fantastic cruises and bountiful wineries. 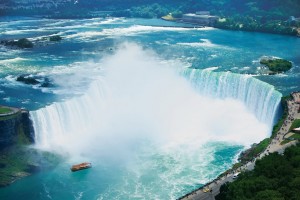 One of the most famous attractions in the world is the Hornblower Niagara Cruises, which gives travelers an intimate experience with the falls.

“The boats lend themselves to the most iconic experience,” says Mory Dimaurizio of Hornblower. “You’re getting up close and personal to the falls.”

There is the usual poncho, “get wet” experience, but travelers can also enjoy dry zones on the boat behind glass walls.

“The boats are nice and stable, so for those who are not that crazy about being on the water, it is stable, and it’s a wonderful experience.”

Even with the boat tour and winery exploration, Colburn still made it back to the city for dinner.

Colburn took dinner on the Waterfront, a new scene with great eats, concerts, and more, but stopped by St. Lawrence Market for breakfast. A staple in the city for more than 250 years, the market was named the world’s best by National Geographic in 2012.

Notes Colburn, “From classic to modern, Toronto’s art scene is unique and can be discovered almost anywhere you look.”

One of the city’s famed art destinations is the Art Gallery of Ontario, one of the most distinguished art museums in North America.

“Art lovers will get lost in the history and design of the exhibits.”

In the afternoon, she visited Chinatown with its bustling markets, unique foods, and friendly locals before venturing to the brand new Ripley’s Aquarium of Canada. 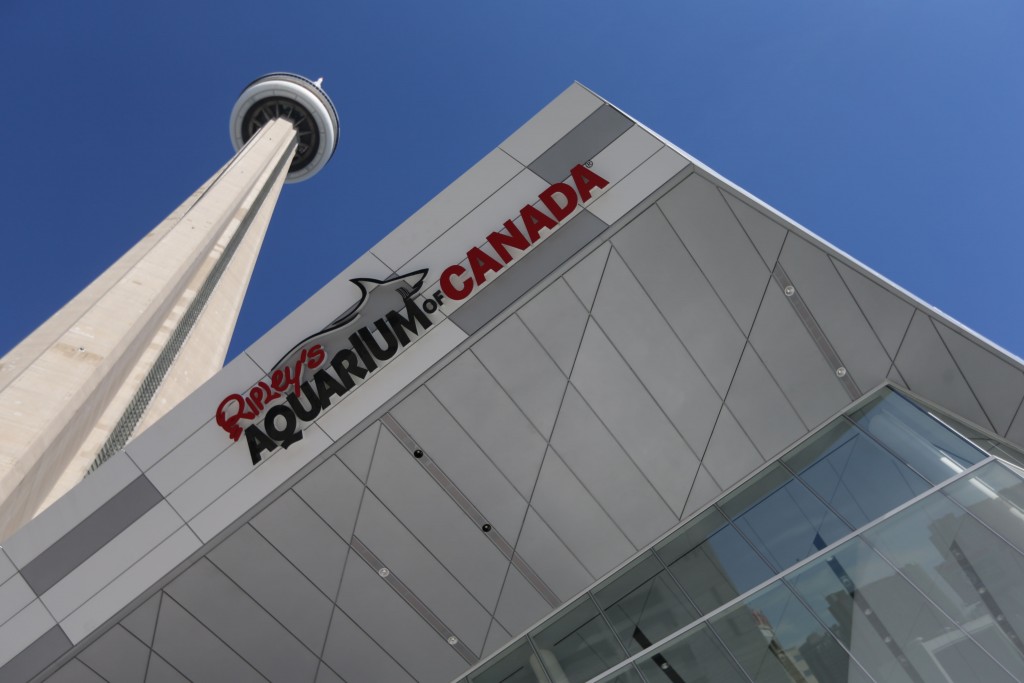 “We take people on an exploration around the world looking at fish and marine life from waters all over the world,” explains Peter Doyle of the aquarium. “We start off with the Canadian gallery where we showcase fish from the Great Lakes and the three oceans that surround Canada—the Atlantis, Pacific, and the Arctic.”

The aquarium also showcases different galleries, like Rainbow Reef with its fish from Southeast Asia and Dangerous Lagoon with sharks and rays and sawfish, and hosts interactive exhibits.

And that’s what we say about Toronto.

Discover this urban paradise today, and find tropical paradise with Colburn with more webisodes of Paradise Found now on our YouTube channel!