A One-of-a-Kind Kind of Luxury

Here’s how you can stay out of the limelight while still living like a movie star.

John Wayne. Lucille Ball. Dwight D. Eisenhower. All made One&Only Palmilla their own private getaway. Originally built in 1956 as a 15-room luxury hideaway, and only accessible by yacht or private plane, this oasis in Los Cabos still sets the standard for privacy and opulence rolled into one.

Set on 55 palm-studded acres alongside the Sea of Cortez, and only a short drive from historic and picturesque San José del Cabo, One&Only Palmilla gives guests a truly unrivaled privacy with views out onto the Los Cabos landscapes that are so stunning they don’t even seem real. With all this seclusion and lush tropical surroundings, what takes this spot significantly above the competition is the fact that it’s on one of the only swimmable beaches in the entire region, and for sure the only first-class resort that you could get your backstroke on. So don’t forget to bring your floaties! 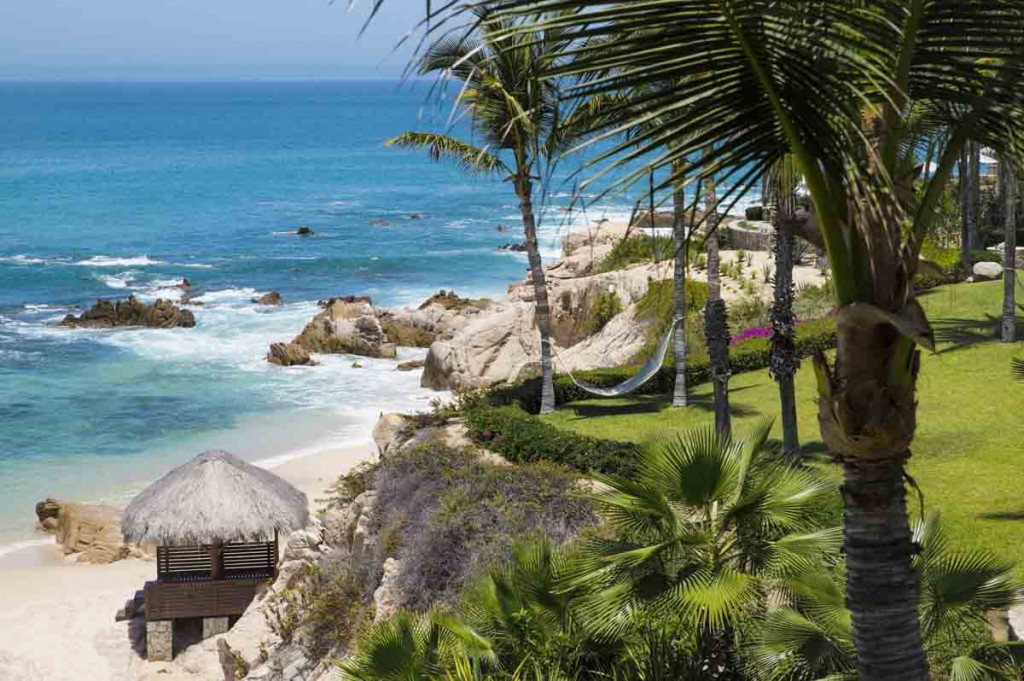 A natural wonder in a sense, the area exists largely because of an earthquake that split a 1,100 mile long finger off the mainland in Mexico, creating – naturally – ideal hideaway conditions. It has drawn the likes of jet-setters, movie stars, famous authors, and other luminaries, all rightfully intrigued by the land and the sea – especially the incredible conditions for deep-sea fishing.

So what sets it apart decades later?

Holding onto tradition, of course. Originally with the if-it-ain’t-broke-don’t-fix-it mentality, they moved onto the wise mentality of: if-it-ain’t-broke-just-expand-it. Fifteen rooms at inception, One&Only Palmilla, after a $90 million refurbishment in 2004, expanded to over 100 rooms, with fine touches on absolutely everything, yet always with an eye towards privacy, quiet, calm, and an almost Zen-like stance on relaxation and peace.

Related: Blending Culture and Adventure: Top 10 Things to Do in Los Cabos

And, well, a stance on Michelin-level dining as well. With some of the finest cuisine in Los Cabos, One&Only Palmilla boasts SEARED, a steak and seafood restaurant spearheaded by Michelin-starred chef Jean-Georges Vongerichten, in addition to his other restaurant on site, Suviche, specializing in ceviche and sushi. Two culinary masterpieces aren’t enough though, so a third option, and just as astonishingly tasty, is Agua by Larbi, your stop for seasonally-driven farm-to-table Mexican cuisine, presented by Larbi Dahrouch, the French-trained culinary powerhouse.

Pampered on a Whole New Level

Plus, the attention to service also has expanded a bit since inception in 1956. Today the personalized attention means 24-hour butler service and a staff to guest ratio of 3:1. We did the math for you – there are 900 employees at your service. Try not getting something you want. We dare you.

Also, bring your Zen-state into full lotus position at Mexico’s premier and award-winning One&Only Spa by ESPA, where your relaxation will be enhanced. With dream-like outdoor areas like the Yoga Garden, guests will be one with the earth and be pampered to new heights. Enter into the individual spa villas for utmost privacy, and stop by OBO Salon by celebrity stylists Jonathan Antin and Amanda George for styles the movie stars are into. On site you will also find the Pedi:Mani:Cure Studio by renowned podiatrist Bastien Gonzalez, and some high-end barber treatment at Barber and Blade, an exclusive studio perfect for men looking to let their hair down.

Need a few moments that are a bit faster-paced than this?

Well – the Sea of Cortez is conveniently nearby, and if it was adventurous enough for Steinbeck and Hemingway, it will be for you too. Filled with snorkeling and scuba diving opportunities, the area is also known for its world-renowned sport fishing. If looking for sport, but not fishing, water sports are also readily available, and non-motorized water sports like paddle boarding, kayaking, and snorkeling are complimentary. Plus, you can go exploring on horseback or go whale-watching on private cruises – usually from January to March – aboard one of the One&Only Palmilla yachts. Stay in shape in the state-of-the-art Fitness Centre with Technogym® equipment, and take a shot at one of the pristine tennis courts or by playing some basketball. In other words – there are plenty of places to sweat.

Too fast-paced, but still in the mood for sport? Luckily, this paradise-on-earth – and almost like the cherry on top – features the breathtaking One&Only Palmilla Golf Club, a 27-hole Jack Nicklaus-designed course with dramatic views that look out onto mesmerizing canyons. This golf facility has professionals on-call for all levels and ages, so you might even go back home with a better handicap. 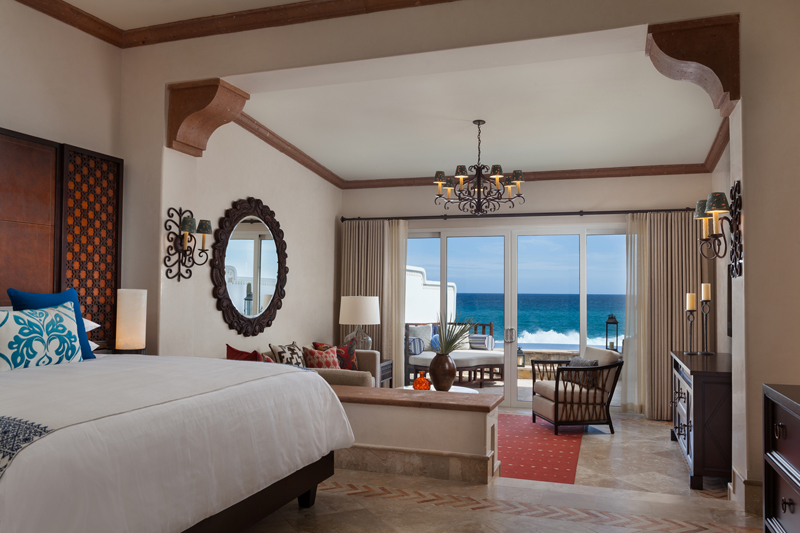 As for this whole swimmable thing, you have options – very rare for the region. Choose from sea or infinity swimming pool, or make a day out of it and do both. With two infinity pools on site, one for families and one for adults, getting in the water will never be a hassle or crowded, and always – like everywhere else on the premises – showcase the stunning views of the Sea of Cortez and the Bay of San José del Cabo.

You can even take your wedding to the next level here by saying your vows in a historic chapel ideal for intimate weddings, renewals of vows, and glamourous receptions. The photos would be something out of a fairy tale – literally.

Enough reasons to want to visit this luxury hideaway? Certainly enough to know that there’s truly one – and only one – place in the world quite like this.