5 Things You Have to Do at New York Comic Con 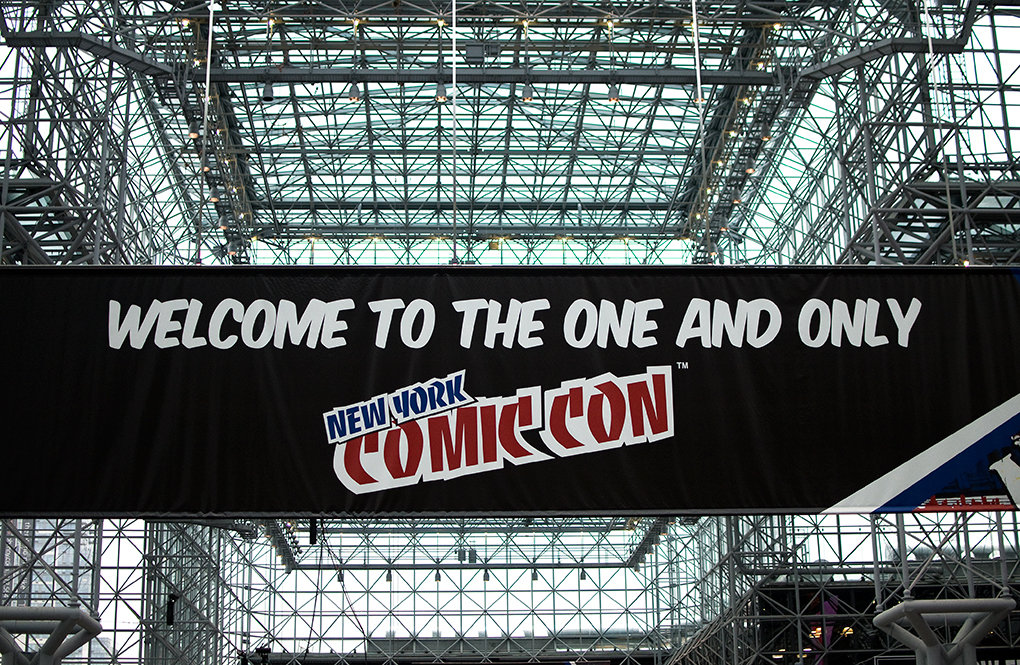 With New York Comic Con kicking off today, I started to think of awesome things that happen at comic cons. Sure, meeting friends, meeting potential business partners, meeting editors and readers (apparently, there are a lot of meetings), and buying lots of amazing work top the list, but what about everything else? The small things we tend to overlook that have made an impact upon our lives?

So after much contemplation, I realized a geek hasn’t lived until he/she has done these five things at a comic con.

Majority of us Jerseyans do this, and the mass transit system doesn’t really swing by the Javits. But I still remember my first comic con in 2008, where fresh off the NJ Transit train, my sister and I looked around, found a cosplaying hero, and followed him to the Javits Center. Along the way, we saw many geeks heading in the same direction, and we became a part of an informal parade that started at Penn Station and ended at the center. Every year, we retrace the trail, and bonus! We get to see the cosplayers before the con starts! 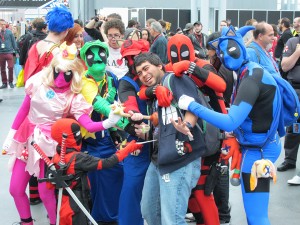 2.  Make a friend who is not a creator while waiting to meet a creator. 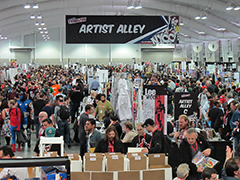 Your favorite creators congregate in Artist Alley! Stop by to say hello!

I’ve met more people on line waiting for meet creators or actually at the table than at any other place at the con. I’ve met up with a singer for a rock group while online for Scott Snyder. I waited for NYCC tickets with a fellow writer at Special Edition: NYC (…close enough), and I met up with a really cool girl at Marcus To’s table once. I wish I would have gotten her Twitter handle, but we spoke for almost half an hour about Tim Timbo (yes, I miss him. #don’tjudgeme).

So while I sit and wait to meet a fellow creator, I also take the time to discuss comics, life, and Tim Timbo, as everyone should at a comic con. Though we’re there for the comics, we’re there for enjoyment, too, and to geek out about everything unabashedly, even Tim Timbo.

You have to be careful with this one, but it’s NYCC! And if I talk to a creator for 15 minutes and I like his/her stuff, I generally buy SOMETHING: a book, a sketch; a script. One of the best things I received at Special Edition: NYC was a sketch by Ivan Reis. We talked about Aquaman and his work with Blackest Night, and then I saw his sketch book for $15. Grabbed it. Had to. The work was so detailed and beautifully executed, and it came with a free sketch on the inside front cover. Afterwards, I stopped by Peter David and talked about Spy Boy (love and miss that series—so many avenues to discover). There was a Young Justice script on his table. Oh, I can’t live without that! Wait—Joe Mulvy has a hard cover of SCAMthology! Why, God?! #toomanybooks

Of course, you have to manage yourself. I check my bank account and credit cards over the course of the day, making sure I still have the necessary space for my bills and food money; then cut myself off just beyond that (thanks, Mom!).

4. Stutter horribly while asking a question at a panel. 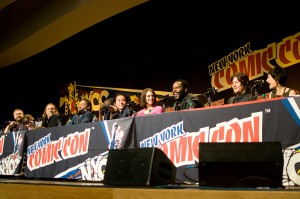 The Walking Dead came to NYCC in 2013 in a star-studding panel!

So it’s your first con (or second…maybe third) where you’ve sat observing for some time, and now you’ve gather enough courage to ask your favorite creator a question during a panel (or in my case, creators during a DC Art panel with David Finch, Tony Daniel, Jim Lee and a few others). So you make your way to the microphone, take a hold of it, and then nothing but garbled words come out. Score! Congrats! You’ve done it! You’ve mentioned to completely embarrass yourself. You’ve officially lived!

…so now what? Take a deep breath, laugh and then try again. It works. Trust me (and the creators are super patient).

So you’re from Jersey (pretend, please—yes, I know you don’t want to but humor me!). Your frappe is $5.30 at the local Starbucks, and though you’re saving your money for comics and signatures, you can’t live without one green tea frappe. So you wait on line, count your change; then drop it all when the barista tells you that will be $7.90. Yeah, okay, I get that things will be more expensive in the Javits Center and yes, Frappuccinos are super important, but seriously–$7.90?! Dude, I could’ve brought two comics and had them signed for that. So lame. 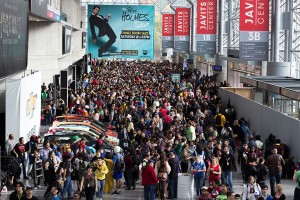 …of course, the line for Starbucks might be a tad bit long at New York Comic Con.

So there you have it! Have you done these things? Have you lived? If not, NYCC starts today! Get out there and get living!

Not sure what you can do at New York Comic Con? Then check out our Comic Con 101!