What You Need to Know About SeaWorld

When a sea lion pup washes ashore at 1:20 a.m., malnourished and hungry from the difficult conditions El Nino created, who do the police call? When the Florida Fish and Wildlife Conservation Commission finds 19 manatees stuck in a drainage pipe, who works tirelessly to rescue and then release the manatees into their local habitat? And when a cold-stressed manatee is struck by a boat in Magnolia, Ala., who travels more than 500 miles to save her?

On call 24/7/365, SeaWorld Animal Rescue Teams in San Diego and Orlando have saved more than 27,000 marine animals in their 50 years of service to the marine community. 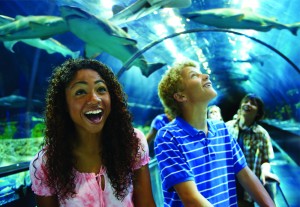 Already in 2016, SeaWorld San Diego has saved more than 300 marine mammals in the Pacific who have been found in restaurants and ashore, in particular sea lion pups, who have experienced difficulties finding food due to El Nino. Down in Florida, SeaWorld Orlando Animal Rescue Team has recently returned more than 50 sea turtles to the wild after extension rehabilitation and looks to return more as the creatures grow stronger.

Starting next year in San Diego, followed by San Antonio in 2018 and Orlando in 2019, SeaWorld will begin making changes to its orca programs. Instead of theatrical shows, SeaWorld will transform their stadiums into more naturalistic settings, that which will focus on the research, education, and care of the killer whales. In additional, SeaWorld also announced a new partnership with The Humane Society of the United States, which supports these new changes to SeaWorld’s orca environments.

SeaWorld is an accredited member of the American Zoo & Aquarium Association and works in partnership with numerous organizations, including the National Wildlife Federation, World Wildlife Fund, and The Nature Conservancy, and coordinates the SeaWorld & Busch Gardens Conservation Fund, in which 100 percent of donations go to wildlife research, habitat protection, animal rescue, and conservation education. 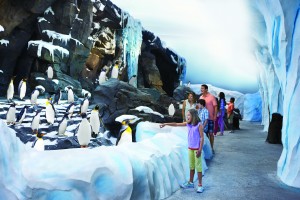 That’s because SeaWorld Cares isn’t a slogan but a philosophy. SeaWorld Parks & Entertainment has no legal or financial obligation to rescue and rehabilitate 27,000 marine animals. They volunteer help and resources, and their staff comprises some animal care employees and volunteers. Plus, SeaWorld works under the jurisdiction of the federal government, in accordance with the Marine Mammal Protection Act of 1972, the Endangers Species Act, and the National Environmental Policy of 1969.

So when you zoom down the new 200-foot Mako roller coaster, which is set to debut June 10 in Orlando, or ride about the South Pole with Antarctica: Empire of the Penguin, know that you are not just enjoying a family vacation but also are helping to save marine mammals’ lives.

Book your next Orlando vacation now with great deals at your local travel agent!