2 Favorite Mayan Ruins & 2 You’ve Been Missing Out On

Take a trip back in time in Mexico. Though the Mayan civilization suffered a mysterious end in 900 A.D., you can still visit its fascinating cities and cultural centers on the Yucatan Peninsula. Undoubtedly, you know of at least a few famous places to explore and enjoy the culture, but we’ve also found a couple more that a trip to Mexico is not complete without. 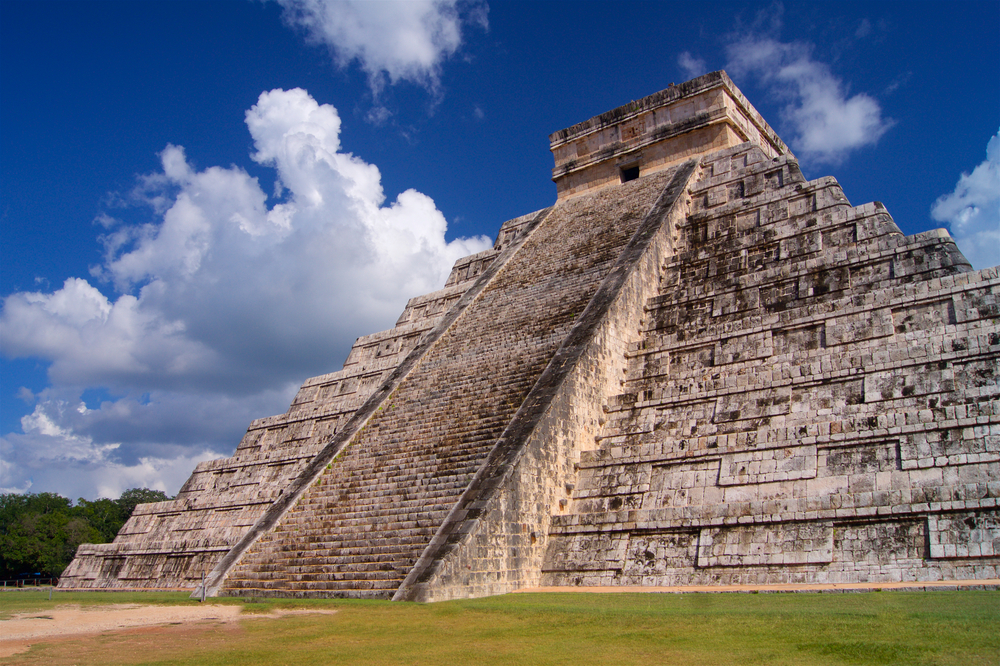 This is on the top of everyone’s must-see list when visiting Cancun and Riviera Maya. As one of “New Seven Wonders of the World,” this “young” 10th-century structure showcases the famous Mayan culture that brought us the infamous Doomsday Calendar and ritual sport sacrifices. The Castle, aka El Castillo, aka the Pyramid of Kukulkan, impresses, especially during the spring and autumn equinoxes when shadows create a snake that slithers down the stairs. If you can’t visit during that time, the Sound & Light Show that takes places every night excites with projections and illuminations upon the ruins. (Think a Disney castle show but with Mayan history.)

Make sure while at Chichen Itza, you also visit El Caracol, aka The Observatory, a domed building that was created to be in tune with Venus. Also, stop by the nearby cenotes, underground pools that offer a refreshing dip in true blue waters.

Related: 5 Kid-Friendly Sites to See on Your Family’s Mexico Getaway 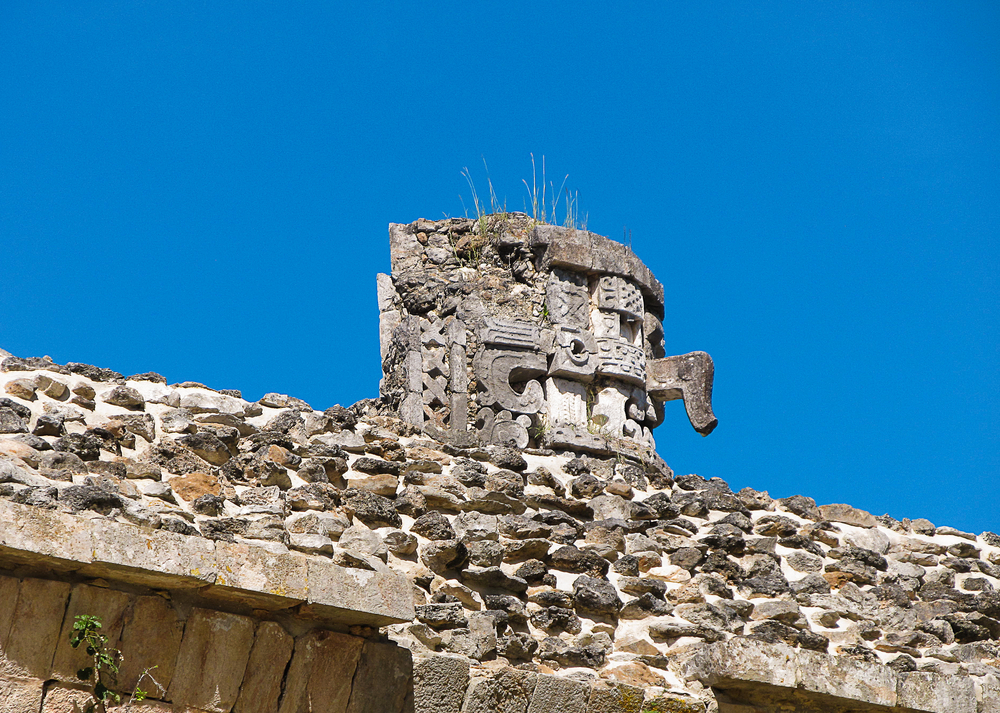 Less than an hour from Merida, Uxmal is known as the “pinnacle of late Maya art and architecture” by UNESCO, and the Pyramid of the Magician pulls out all of the tricks. After all, it took more than four centuries to complete, and with rounded edges, it appears to be almost an oval when seen from above. Like other structures in this city, the pyramid has masks and representations of a serpent. In the Nunnery Quadrangle, you’ll find symbolism all around, and each of the four buildings represents a place in the Mayan religion – the heaven, Earth, the underworld, and middleworld. The exact purpose of the building is unknown, but who doesn’t love a little mystery with their ruins? Check out the Governor’s Palace, the royal residence and administrative building, complete with more serpent renderings as well as a portrait of the last ruler of Uxmal, Lord Chahk. 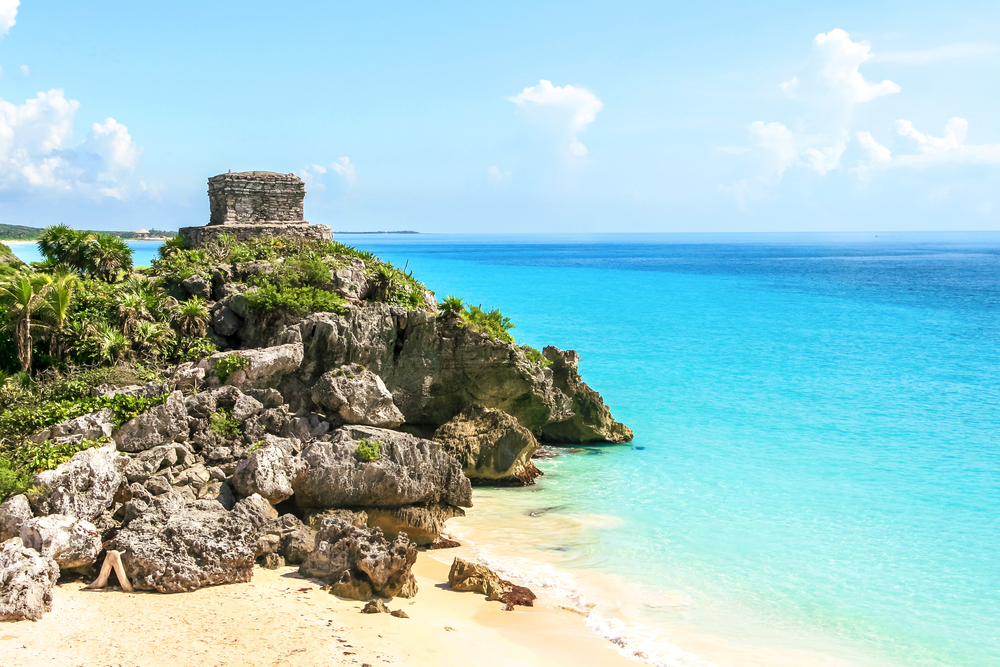 Most likely if you’re looking to see Mexico’s ruins, you’ve heard of Tulum. Though Chichen Itza offers dramatic ruins from the Mayan civilization, Tulum comes with a view. It was built on a limestone cliff overlooking the Caribbean Sea. Nearby Paradise Beach lives up to its name with those shimmering white sands and crystal-clear water you seek when traveling to Mexico. Make sure to relax on this laid-back beach after touring the Temple of Frescoes (check out the wall paintings with the serpent-styled frames), the Castillo (because most Mayan ruins have a castle, complete with serpent pillars), and the Temple of the Wind, the cliffside ruins most associated with Tulum (see picture above).

While Tulum may be ruins – literally – there’s some new developments in the area, like the discovery of the longest underwater cave in the world. Formed by a system of cenotes, the cave is more than 215 miles long and 332 feet deep. While diving excursions aren’t available just yet, the cave has been led to the discoveries of Mayan religious artifacts as well as other ancient items. 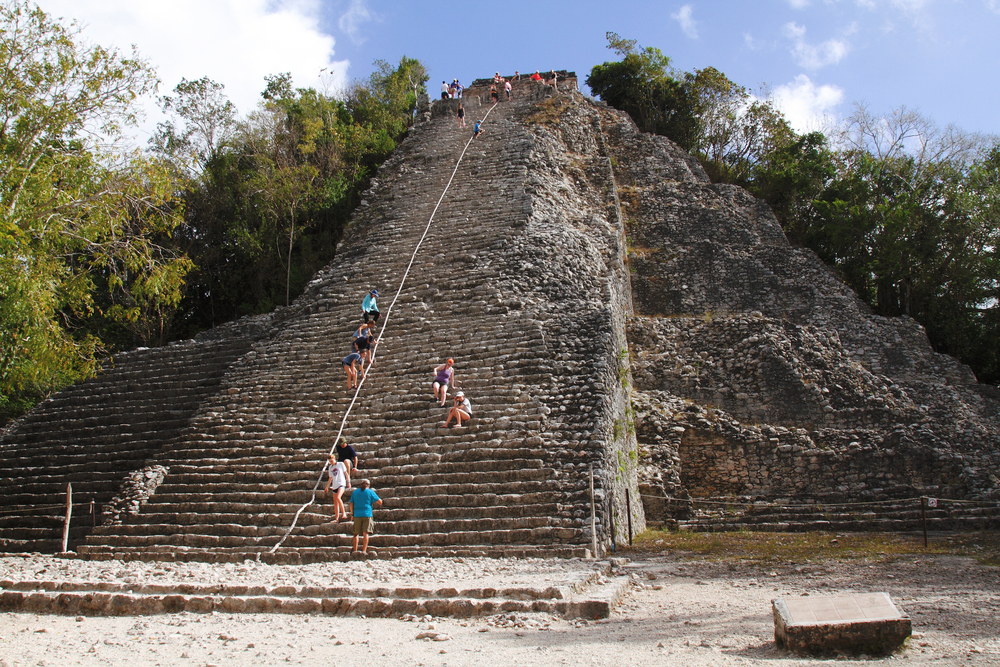 Cobá might not be seaside or have a serpent who climbs down its stairs, but there is one very important reason why you need to go here – Ixmoja, its pyramid, is still climbable! Grab the rope, watch your step, and head toward the sky. You’re in for a real treat with the views at the top; at 137 feet, this pyramid is the tallest on the Yucatan Peninsula.

Cobá also features the famous stone causeways, sacbes, 16 of which are open for you to explore, and the stelae – stone slabs with markings of different events in Coba’s history – present remnants of stories from their fascinating history.

Hurricanes, earthquakes, human mistakes – threats to these ruins are numerous, so there’s no time like the present to explore these historically rich areas. Contact your local travel agent today to start planning your next journey back in time to the Mayan Civilization with the ruins on the Yucatan Peninsula.