Epcot for All Ages

Magic Kingdom is best seen through the eyes of a child, Animal Kingdom is for anyone and everyone who loves the world of the wild, and Hollywood Studios’ best attractions are its thrill rides (Tower of Terror, Rock ‘n’ Roller Coaster – I will stand by this opinion, no matter how many times you point indignantly at Toy Story Midway Mania and its always-packed queue). So when it’s time to enjoy a park with the whole family, we tend to point to Epcot®. 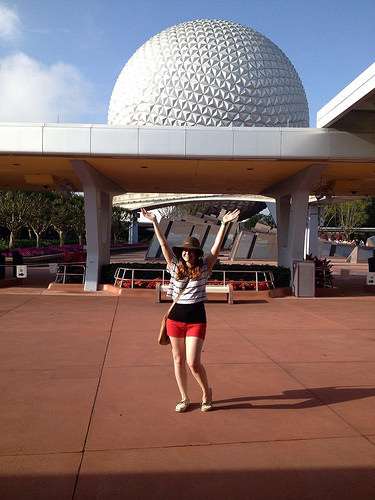 Meghan (aka the very excited blogger above) is ready to take on Epcot!

Rather than lands, like Magic Kingdom, Epcot® is packed with pavilions. They make up two distinct worlds – Future World and World Showcase, both of which have, like all of Walt Disney World Resort®, been painstakingly and lovingly designed in order to create a seamless experience. All of the pavilions are home to attractions, rides, restaurants, and more that can be enjoyed by every member of the family – and it all ends with a one-of-a-kind fireworks and light show that celebrates the world and all its people.

So, what’s there to do while you wander and enjoy your day in the park? Frankly, everything.

Related Story: One Day In – Epcot® 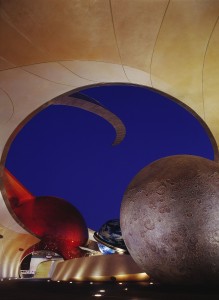 Blast off with Mission: Space!

And here we have one very excited blogger just waiting to get through the gates. From the moment you arrive under Spaceship Earth, you’ll notice Epcot is filled with rides both exciting and interesting, gentle enough for children but able to keep the attention of adults, without the persistent earworms prevalent at some other parks. As you work your way through Future World, you’ll encounter a number of these rides, including Soarin’®, Journey Into Imagination With Figment, The Seas with Nemo & Friends® (and fellow attraction Turtle Talk with Crush, which seems like it’s just for kids but gets just as many laughs out of the adults), and Ellen’s Energy Adventures.

The major exceptions to the “fun for all” rule in Future World are Mission: Space® and Test Track® Presented by Chevrolet®, but don’t worry – both can be enjoyed by children (though certainly not all children), and those who choose not to try them can enjoy Mission: Space’s Advanced Training Lab, with arcade-style games and a play area, and Innoventions, located a quick walk away from Test Track. 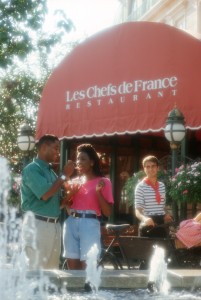 Experience Asia, Europe, Mexico, and more, at the World Showcase!

The overall pleasantness of Epcot doesn’t change upon entering World Showcase – though the tone of the park certainly does, from inventions of tomorrow to cultures from around the world! With the removal of Maelstrom last year, there aren’t any thrill rides here, and most of the attractions are films showing footage of the various countries, none of which are must-sees, but any of which can be a nice respite from the Florida heat (if your legs are tired, though, skip Canada’s and China’s, which lack seating). The American Adventure, a multimedia show which includes animatronics, music, and projections, is either a celebration of patriotism or a snooze, depending on who you ask. The real reason to see World Showcase is the pavilions themselves.

Eleven countries are depicted in this part of Epcot®, which arrays them around the lagoon with little regard for actual geography (not that it matters!). All of the pavilions feature architecture from and reproductions of landmarks in their respective countries. And, our personal favorite, live performers appear (often seemingly out of nowhere) throughout the day to astound, amuse, and delight visitors. From acrobats in France and China to singers and dancers in Morocco and Mexico to an interactive theater troupe in the United Kingdom, it is the citizens of the world (for every cast member in a country pavilion is from that country originally) who make the World Showcase what it is.

Got a need for speed? Then take it for a spin with Test Track!

And it is all the citizens of the world that IllumiNations: Reflections of Earth celebrates every night, when the sun sets behind the pavilions and the lagoon is illuminated by 19, and then 20, large torches and fireworks that will take your breath away no matter what age you are. 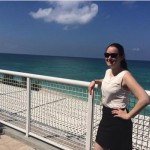