Glitz and glam, chicken or lamb — celebrities don’t just get hitched, they put on a performance. But this year, many celebrities decided to tie the knot near their home in private ceremonies in L.A., England, and even in Vegas. 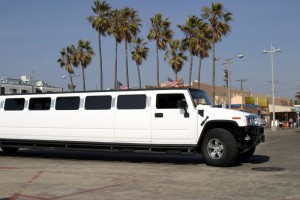 The Los Angeles area has been popular this year with celebrities, who apparently want to stay close to home. Cameron Diaz and her Good Charlotte fiancée Benji Madden married in a Jewish ceremony at their Beverly Hills home. Also in L.A., Lois Lane Amy Adams and actor Darren Le Gallo married in a hush-hush ceremony in L.A. last May after being together for more than 13 years, while David Arquette held a romantic ceremony with Entertainment Tonight correspondent Christina McLarty at the L.A. restaurant Cicada.

Former Mrs. Brad Pitt, Jennifer Aniston, took the big step with her three-year beau Justin Theroux at their Bel Air pad, while Shahs of Sunset actor Mike Shouhed married his fiancée Jessica Parido in a rather tame ceremony at the Biltmore Hotel compared to his sky-diving proposal. UCLA alum and NBA star Russell Westbrook started his “forever after” with his college sweetheart Nina Earl at the Beverly Hills Hotel in August.

Out of L.A., 90210 alum Jennie Garth traveled down the aisle for a third time, this time with Dave Abrams, at their ranch in Los Olivos, Calif. in July while Elvis Presley’s granddaughter Riley Keough said “I do” to stuntman Ben-Smith Petersen in Napa.

Wedding Tip: Going to host a home wedding but still bringing in the family? Contact a travel agent. They’ll be able to negotiate a group discount and maybe some extras for the happy couple (like a night in a swanky room) at a nearby hotel.

Out of England, former Disney Channel star Alyson Michalka and Stephen Ringer said their vows at Belmond Hotel Splendido in Portofino, Italy, this past June. 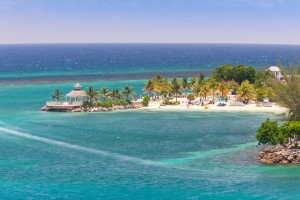 Some celebrities chose destination weddings for their big days, including Girls star and Brian Williams’ daughter Allison Williams who tied the knot with Ricky Van Veen at a ranch in Saratoga, Wyoming. Though Johnny Depp reportedly was secretly married in his L.A. home, he also had a beach ceremony with his love Amber Heard on his own private island in the Caribbean. Country star Jason Aldean solidified his love for Brittany Kerr in , Mexico while The Vampire Diaries actors Joseph Mogan and Persia White held their romantic ceremony at a resort in Ocho Rios, Jamaica.

And of course, you can’t have a wedding article without Vegas, baby. Nicholas Brendon of Buffy the Vampire Slayer fame, said “I do” in a Vegas chapel to his Moonda Tee one week after he proposed while Lark Voorhies also got hitched in a Vegas chapel to music engineer Jimmy Green back in April.

Thinking about a destination wedding? Check out these awesome places and experiences!

Destination Weddings by the Experts: Jamaica and Fiji

How to Plan Your Destination Wedding with Palace Resorts

“I Still Do” — Saying Yes to Love Twice

Couples, Catrinas, and Coffeehouses in Cabo