In Case You Missed It: Travel Tuesday

Universal and Loews announce they’re ready to have more resorts. A legendary roller coaster goes up in flames. Your phone may replace your wallet. The Knee Defender is the least of your onboard gadget worries, and when you’re traveling, your apps are your BFFs.

In case you missed it, here’s this week’s travel news.

In 2016, Universal will be able to say it has a “handful” of resorts in Orlando, Florida. Today Universal and Loews Hotels announced Universal’s fifth resort, which boasts more than 1,000 guest rooms and suites with a Caribbean theme, according to a summary on Inside the Magic, a blog that focuses on Florida vacation destinations.

Dubbed Loews Sapphire Falls Resort, this property will open in Summer 2016 with floor-to-ceiling windows in the lobby, a towering waterfall, a tropical river and 131,000 square feet of meeting and event space. It will also be pet-friendly and connect to Loews Royal Pacific Resort via an air-conditioned bridge.

According to Tom Williams, chairman and CEO, Universal Parks & Resorts, Universal Florida® Resort provides a “completely immersive vacation experience” for guests and strives to do so again with the Loews Sapphire Falls Resort, Inside the Magic reports.

For more on Universal’s latest expansion and renditions of Sapphire Falls, see Inside the Magic’s blog here.

Colossus wasn’t so powerful yesterday when part of the legendary roller coaster collapsed during a fire at Magic Mountain, according to Travel Pulse.

The fire, which was started a little after 1:30 P.M. PDT, was contained shortly by firefighters. It was started by construction workers who were “cutting with some sort of heat instrument,” said KTLA’s Kareen Wynter. The roller coaster has been closed since August 17 for a renovation that will create a hybrid coaster, called Twisted Colossus, which is slated to open in 2015.

To see the new Twisted Colossus rendition and a timeline of the incident, check out the Travel Pulse article here.

Apple wants you to pay…with your phone

Sometimes it’s just too much of a hassle to swipe a card when you want to part with your money. Well, not really, but Apple is moving forward with a new payment process nevertheless.

Called Apple Pay, the new service, built into every iPhone 6 and 6 Plus, allows consumers to simply hold their phones to a wireless tap-and-pay terminal, according to a summary on The New York Times’ Bits blog.

This is old news for travelers who have been experiencing this technology. Since Walt Disney World introduced the MyMagic+ system last year, guests in Florida have used their wristbands to unlock their guestroom doors, enter the parks, pay for meals and redeem FastPass+ tickets. Starwood guests at certain properties use similar technology to unlock their guestroom door with a tap or twist of their smartphones after receiving a message in the Starwood app.

While a video at a special Apple event in California promotes Apple Pay by showing the exaggerated struggles of a woman trying to complete a purchase with the apparently clunky credit-card process, CEO Tim Cook focuses his comments on the service’s improved security over what he calls exposed numbers, the outdated magnetic strip and security codes that “all of us know aren’t so secure,” according to the Times.

For more on Apple Pay and to see the technology behind new service (as well as its security features), see the Times blog here.

Enhance your airline experience…at the expense of your fellow passengers

There’s the Knee Defender, sure, but what other gadgets are out there that will have you dodging drinks and insults?

Impact Lab compiles the “7 ridiculous travel accessories that will drive fellow passengers crazy”. From the devious, to the inconsiderate, to the marginally useful…to the just plain odd (we’re looking at you, Ostrich Pillow), see the full list here.

Traveling? With these apps, your smartphone is your greatest ally 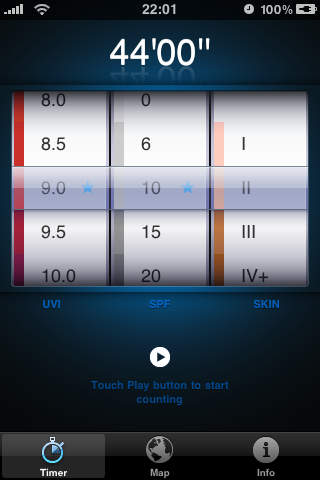 Traveling is great, but with delayed flights, unfamiliar languages, currency exchanges and navigating strange streets, even the most seasoned traveler could use an ally. Well, if you have your smartphone…yeah, you know where this is going…there’s a clichéd line about apps for that.

A list repurposed by the Huffington Post shows just how far travel apps have come. Yes, they notify you if your flight is delayed, and they can help with all those other challenges mentioned earlier. But there are also apps that can tell you how to pack, how to avoid jet lag and even when you should re-apply your sunscreen based on the UV rating in your area and the SPF you are using.

For the full list of essential travel apps, as well as a link to descriptions of each, check out the Huffington Post article here.