Alberta offers a vacation where memories are made

Alberta is undoubtedly one of the most breathtaking places on Earth, as vast as it is varied in landscape and experiences. It’s a four-season destination you won’t soon forget, filled with unique activities, urban charms, and cultural jewels. Located in western Canada, the province of Alberta is bordered by the Canadian Rocky Mountains to the west and vast prairies and badlands to the east. The province (Canada’s equivalent to a state) has five national parks for you to explore; many of them are UNESCO World Heritage sites. More than 250 provincial parks and recreation areas protect the bounty of wildlife that lives here. In summer, you can explore an abundance of trails as they watch for deer, elk, moose and bear, but come back in winter to dive into deep powder on skis and snowboards and enjoy snowshoeing, dog sledding, and canyon ice walks.

An hour’s drive in any direction from our cities and towns will take you somewhere special.

In the Rocky Mountain parks, there’s so much to experience all year round.

At Banff National Park, Canada’s first National Park, the natural elements make the Canadian Rockies a year round dream destination. It’s a beautiful 90 minute drive west of Calgary and was established in 1883 after three railway workers stumbled onto a thermal hot spring. Today it is part of a UNESCO World Heritage Site. Experience its breathtaking views on a ride on the Banff Gondola, where you will see the entire valley atop Sulphur Mountain.

Travel to Lake Louise and discover why this famous lake is known as the “Jewel of the Rockies.” Take a canoe on the lake, or hike to the Lake Agnes Tea House. Across the valley at the Lake Louise Gondola, grizzly bear sightings are a frequent event. 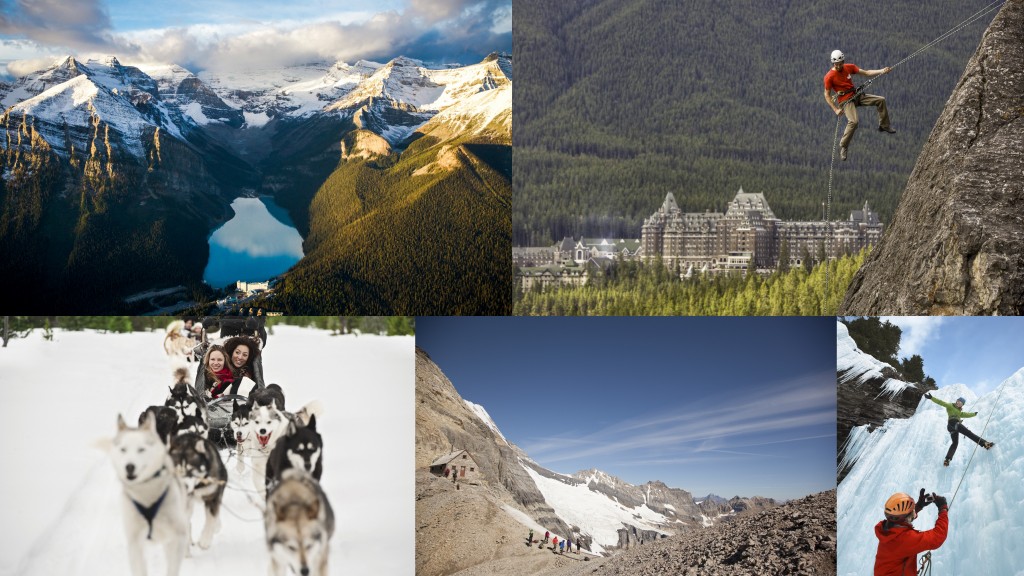 Just four hours from the international gateway city of Edmonton is Jasper National Park – the largest of Canada’s Rocky Mountain parks. Part of a collective UNESCO World Heritage Site, it is also the second largest dark sky preserve in the world, and the only one with a human population in the center of it. In the town of Jasper, you’ll will find quirky shops, quaint inns, luxurious lodges, and endless opportunities for adrenaline junkies and relaxers alike.

Take the longest and highest guided aerial tramway in Canada and get ready for an astonishing view of six mountain ranges, or plan a round of golf at Canada’s #1 golf resort course located at the Fairmont Jasper Park Lodge.

Maligne Canyon is one of the most spectacular gorges in the Rockies. In winter, take a tour on a massive Ice Explorer bus along the Icefields Parkway, one of the world’s most scenic routes. You’ll be taken right up onto the glacier at the Columbia Icefields.

Set dramatically between prairies and peaks, Calgary is a chic urban landscape surrounded by incomparable natural grandeur. It’s a place where you can savor the natural beauty of the city by day and world-class cuisine and entertainment by night, a place buzzing with innovative energy while embracing its rich western heritage. The legacy of the 1988 Winter Olympics burns brightly, with this top notch facility where Olympic hopefuls continue to train for gold at Canada Olympic Park. Calgarians have a need for speed, like seeing four guys in a bobsled zooming down a frozen track at 75 mph or in summer taking the zip line from the top of the ski hill with a parachute attached! Immerse yourself in Calgary’s Wild West spirit at the Calgary Stampede, The Greatest Outdoor Show on Earth or plan a full day to tour Heritage Park Historical Village where the history of western Canada is brought to life.

In the downtown core, dare to step onto the glass floor observation deck at the top of the Calgary Tower for panoramic views of the city – and a clear view to the street, way below.

Related Story: North or South of the Border – 8 Unique Resorts in Canada and Mexico 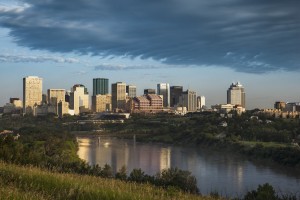 Shopping, festivals, and more – Edmonton has something for every traveler!

Alberta’s capital is always celebrating something, from arts and culture to food and wine, dragon boats, winter and even accordions. With over 30 festivals throughout the year, you’re bound to find a crowd pleaser. A day in Edmonton could include a visit to the historical Old Strathcona district for a festival and then onto the famous farmers’ market and the galleries and shops. West Edmonton Mall is the largest shopping and entertainment complex in North America. At 5.3 million sq. ft., it is the size of a small city and home to more than 800 stores and services including 10 exceptional attractions, two hotels, and over 100 dining venues.

It’s easy to escape the urban bustle without leaving the city. Twenty-two major parks make up Edmonton’s ribbon of green stretching along the North Saskatchewan River – the largest expanse of urban parkland in North America.

From north to south of the Province you will want to be sure to include the natural phenomenon of the Northern Lights, seen from September through April, and a visit to Bar U Ranch Natural Historic Site, rich in ranching history, all while viewing the stunning landscapes while traveling along the Canadian Rockies trail. Visit #explorealberta and #visitalberta on social media, and post your own pictures when you travel to Alberta with these great deals!