A city of many sides, Macau is known for its history of Portuguese settlers and unique Mediterranean style in China, so much so that UNESCO granted the Historic Centre of Macau World Heritage status. Macau is a cultural jewel, a foodie phenomenon, a shopper’s heaven, a sports enthusiast’s dream, and a history buff’s paradise. So with the expertise of the Macau Government Tourism Office, we’ve complied the top 15 must-see sites and tastes of Macau, categorized by interest!

For the History Buff 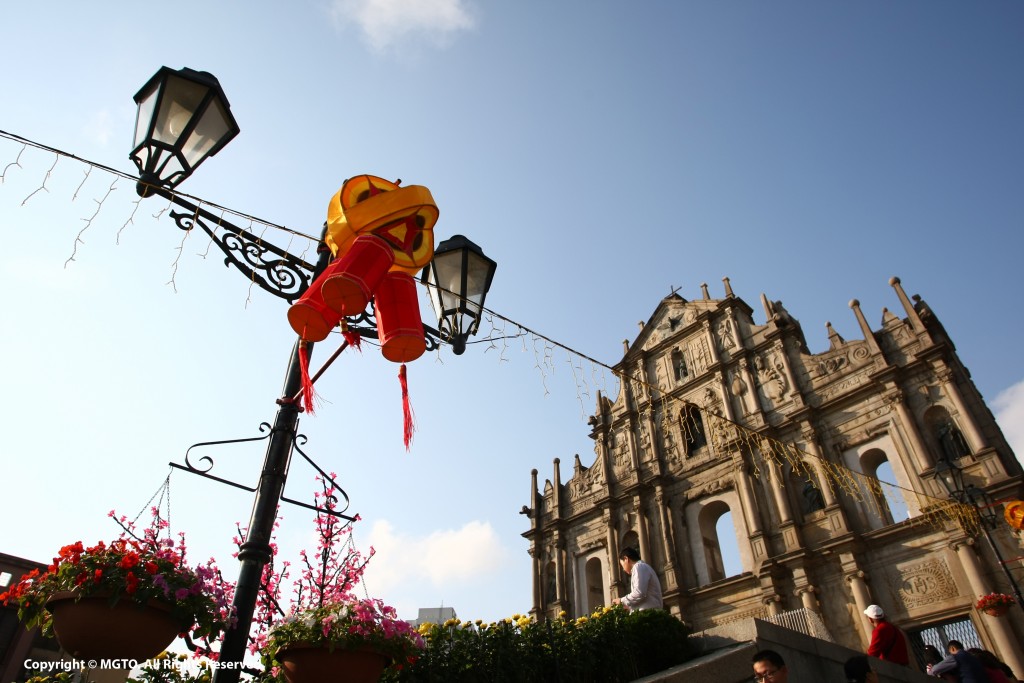 The remains of Macau’s “acropolis,” St. Paul’s Ruins are the façade of what was the Church of Mater Dei, which was built between 1602 and 1640. The rest of the church was destroyed by a fire in 1835, and the remaining acropolis—College of St. Paul and Mount Fortress—serve as a reminder of the first western-style university in Asia.

A-Ma Temple’s red gates and swirls of incense capture travelers’ attention as they venture through Barra Square toward the temple, which snakes up a small mountain just off the coast of the Pearl River. The temple’s pavilions are dedicated to the worship of different deities in a single complex, making A-Ma Temple an exemplary representation of Chinese culture inspired by Confucianism, Taoism, Buddhism, and multiple folk beliefs. 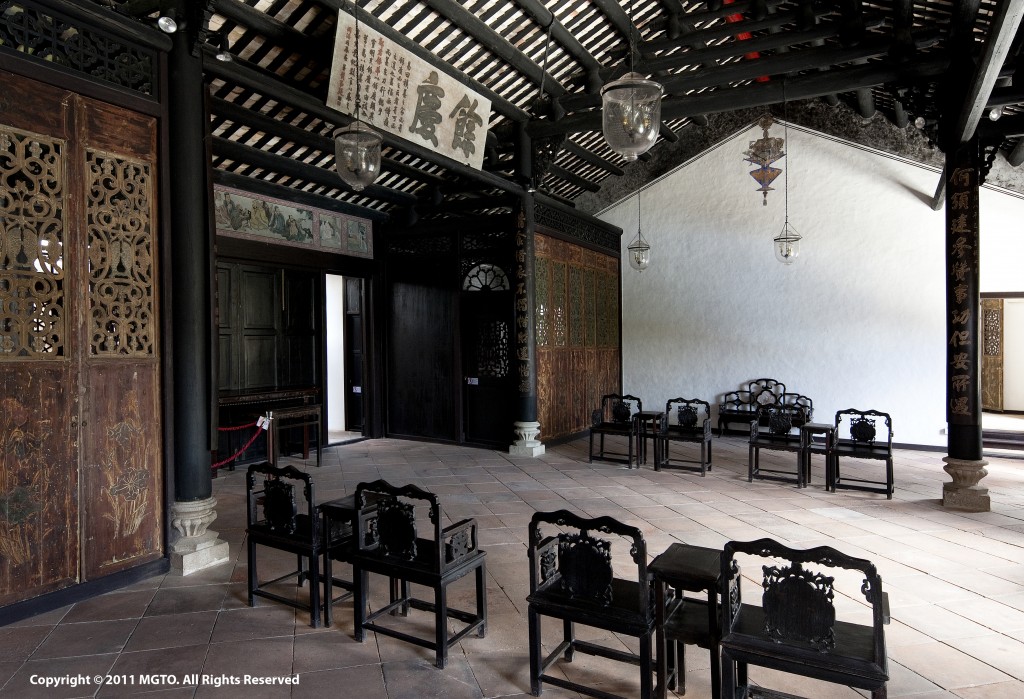 This historic compound of 22 houses was built before 1869 by the late-Chinese literary celebrity Zheng Guanying and his brothers, and showcases a fusion of Chinese, Indian, and Western influences. The structures were in various degree of disrepair, with the family moving away in the 1950s, but conservation efforts in the early 2000s have restored this mansion to its grand appearance.

For the Food Fanatic

Local cuisine, also known as Macanese, is a combination of Portuguese and Southern Chinese tastes with influences from Mozambique and Goa. These gently spiced — but not spicy — flavor profiles make for dining that’s intriguing but not intimidating. Top restaurants to explore a Macanese menu include Litoral, Henri’s, and Riquexo.

Those interested in the craft of coffee will be intrigued to know that there’s a budding bean culture in Macau. Local coffee expert Keith Fong is a certified coffee specialist and owner of two coffee cafes in Macau — Single Origin and Communal Table — where he roasts beans on site and offers coffee workshops and tastings. Cafe Philo was opened recently by 26-year-old owner Domingos Cheong, who trained in Taiwan with Fong. He serves Single Origin coffee alongside regional pastries at his cafe. 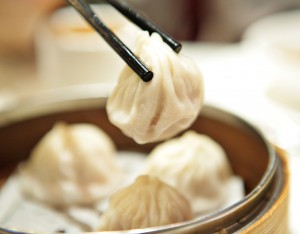 Did you know there are 11 Michelin-starred restaurants in Macau? The cuisines served vary, and sampling the traditional Chinese “dim sum” and other Chinese food classics at one of Macau’s top restaurants are a must-taste. Top picks include The 8, Jade Dragon, and the Wing Lei.

Bread, cheese, wine, and chorizo in Macau? You bet! Portuguese food abounds in Macau, from street food with the ever-popular Pork Bun to the much-acclaimed Antonio’s on Taipa Island. 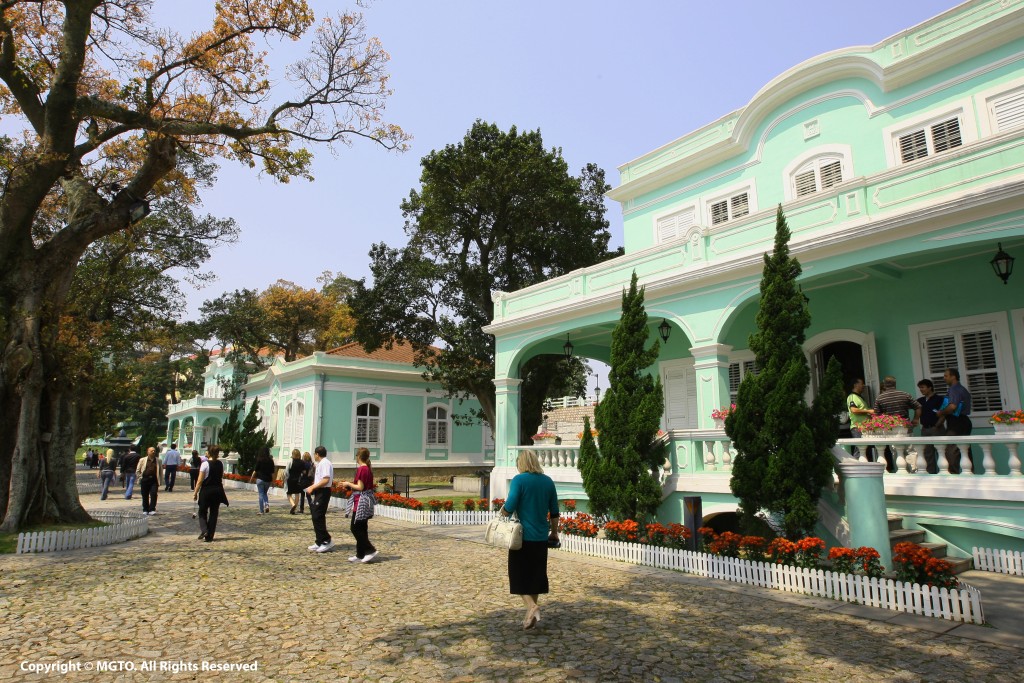 Housed in the Mount Fortress, Macau Museum doubles as a museum and as an ancient artifact itself. The fortress was built by the Jesuits in the 17th century on top of Mount Hill and has a history as a military structure, a meteorological center, and now as a museum. For real museum-loving travelers, this gem has two underground levels and a top platform, presenting the history of Macau from before the Portuguese arrived in the 16th century to present times. 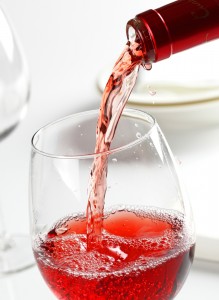 Macau is a special region in China that governs itself but is still a part of China (like Hong Kong). This museum celebrates the establishment of the Macau Special Administrative Region with gifts to represent the different ethnic groups, all united for the continued prosperity of Macau.

For museum-goers and food-lovers, the Wine Museum has more than 1,140 different brands of wine (1,115 Portuguese and 28 Chinese), dating back to 1815. The museum’s goal is to showcase the importance of Portuguese wine to this region as well as influences of the Portuguese culture. In addition to wine, the museum has a display of different regional attire from Portugal.

For the Savvy Shopper

The Macau locals are not ones to shy away from creative fashion. Find the best vintage boutiques — such as Vintage Market Macau — in the Lazarus District, known for its artsy culture and residents. Other boutiques such as Re-Elements, also in the Lazarus District, have a vintage-inspired feel with finds including custom leatherwork, animal-themed jewelry, and retro glassware.

What’s a vacation without unique treats and knickknacks to show for it? The streets adjacent to St. Paul’s Ruins are the best places in Macau to find souvenirs. There you’ll find traditional goods along side streets, local snacks such as hand-cut seasoned jerky, and Macau-themed treasures for friends and family.

All the Big Brands 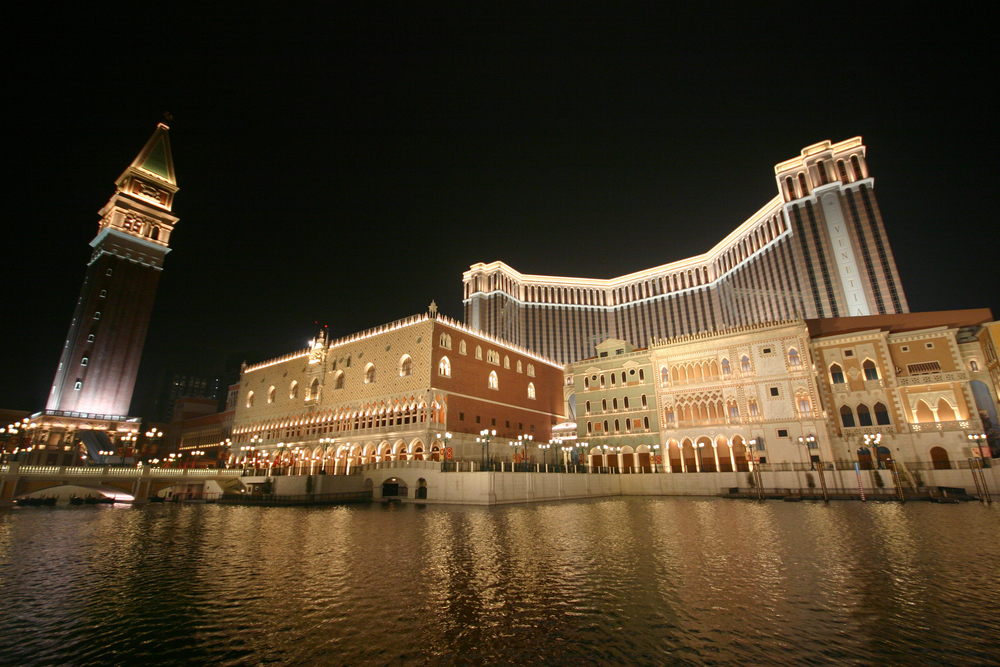 The Venetian Macao Resort Hotel, home of the Cotai Strip

From Fendi to Ferragamo, find all your favorite luxe brands in Cotai. The major fashion houses are housed in the sky-scraping hotels of the Cotai Strip, where Asia-specific product lines can be found alongside the brands’ iconic looks.

For the Sports Enthusiast 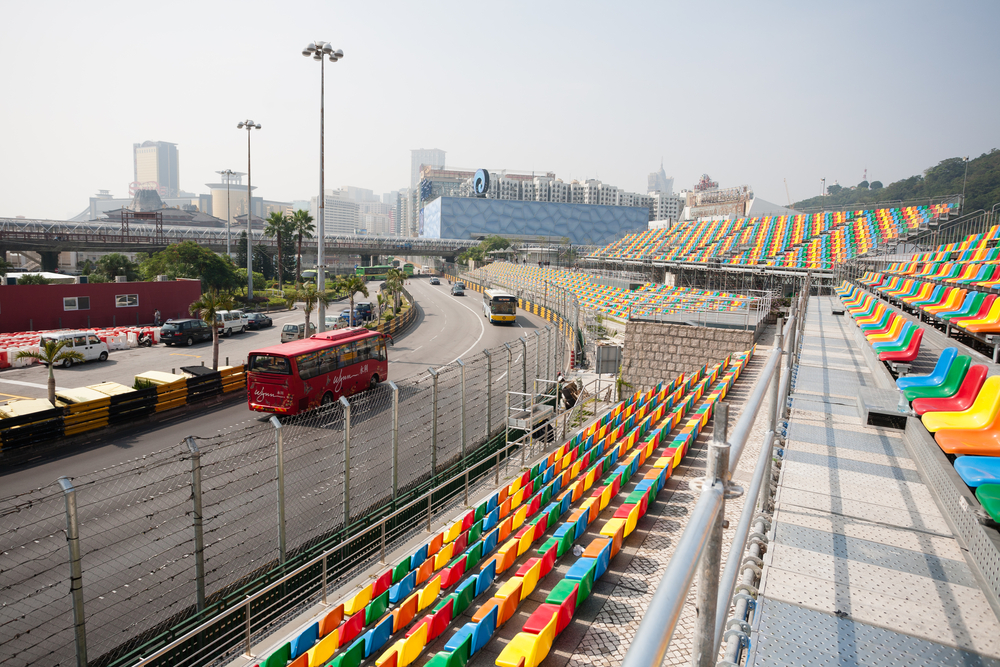 For more than six decades, the Macau Grand Prix has offered the best motorcycle, WTCC, and Formula 3 races on the largest track in the world—the Guia street circuit of Macau city. This year’s dates are Nov. 19-22.

In Decembers, runners from all over the world will gather for the international marathon through the Peninsula, Taipa, and Colonane, as well as a half-marathon and mini-marathon. 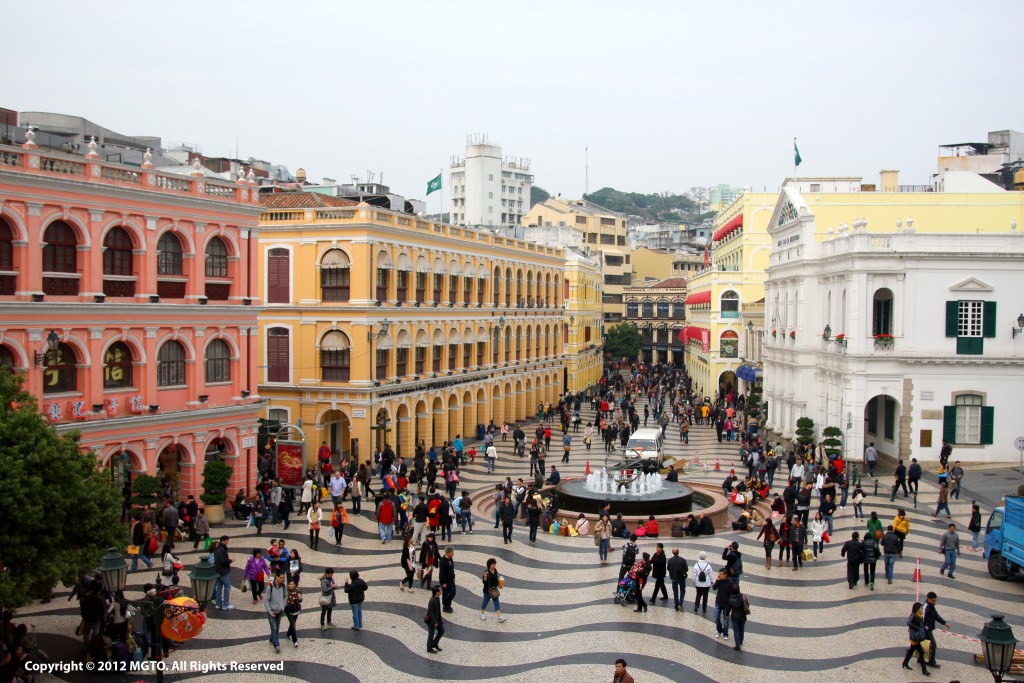 All of these intriguing experiences can be discovered along one of the eight walking tours, specially crafted for a traveler’s time in Macau. Mix and match the above tastes and sights with a walking tour for a perfect day trip to this captivating city, which is just one mile from Hong Kong by ferry.