Belize is a country of contrasts. It’s where the lush prosperity of the jungle meets the bountiful sapphire sea, and the local life walks in the footsteps of the Mayan civilization. For Belize, these extremes are harmonious. For the traveler, it causes an inner conflict. Do you stay by the sea or traipse through the jungle? The only correct answer is both. Belize is made of unsurpassed adventure, and you would do Belize and yourself a disservice if you didn’t experience the best of land and sea.

Begin by heading west towards the Cayo District and San Ignacio, a charming town nestled in the hills of the jungle. Spend your afternoons chatting with the locals, grabbing a bite and a cocktail, and shopping through the markets. It’s the perfect headquarters for winding down after your action-packed escapades. The surrounding excursions are plentiful and offer explorers a chance to experience Belize’s iconic sights. 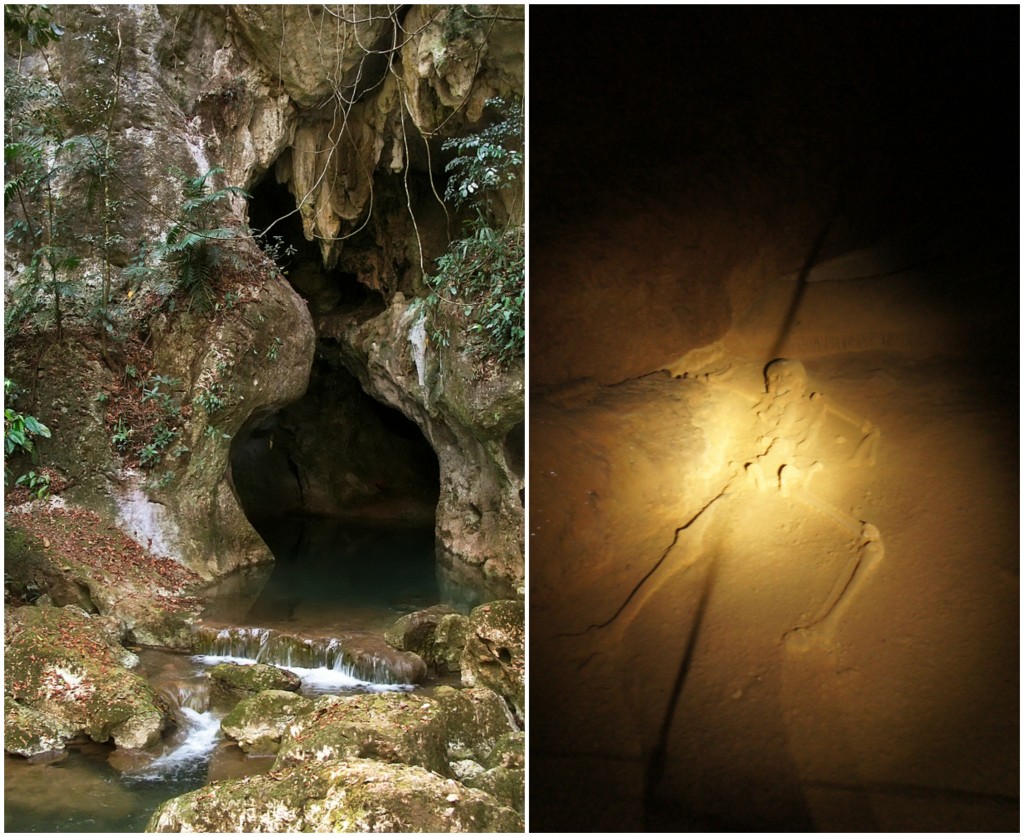 Entrance to the ATM Caves and the Crystal Maiden

Actun Tunichil Muknal, or ATM, is one of the most intriguing and significant Mayan archeological sites in the world. This cave serves as a natural museum displaying skeletons, ceremonial ceramics, and stoneware. Channel your inner Indiana Jones and climb through caverns and swim through underground rivers to see this exhibit. While you’re there, visit the resident celebrity, the Crystal Maiden, a famous skeleton whose bones now glisten from encompassing calcite.

The Cayo District is a concentration of ancient Mayan cities. A quick 30-minute drive southwest of San Ignacio lies Xunantunich where you can climb to the top of El Castillo, the city’s largest temple. A little farther south is Caracol, the largest Mayan site in Belize, which supported twice the population of modern day Belize City. It’s significant not only for its size, but also its reputation as a successful military power. Although Tikal is in Guatemala, San Ignacio’s close proximity to the border allows full-day tours to this famous site, and you might as well mark another country off your map.

Have an adventure in Belize’s jungles and nature reserves.  Fly through the canopy, zip-lining from platform to platform, marveling at birds and other wildlife. Relax down river via inner tube, through caves, under the shade of overhanging branches, and past turtles, howler monkeys, and iguanas. If you’d rather have your feet—or hooves— on the ground, hike or ride horseback through the forests and get closer to nature than ever before.

Once you’ve had your fill of inland fun, head back to Belize City for a quick flight over to the island of 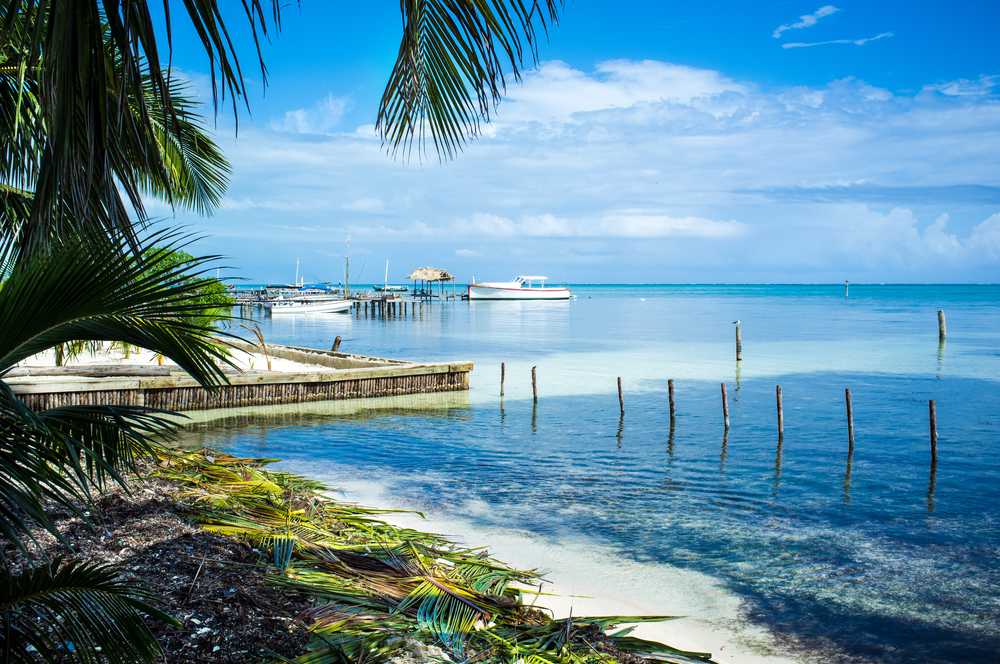 . Beachy resorts are never far from the town of San Pedro and its rocking nightlife, fresh seafood, and vibrant locals. When it’s time to cool down, look to the Caribbean Sea. Thanks to Belize’s Great Barrier Reef—the second largest in the world—and protected aquatic reserves, an intensely diverse marine ecosystem is right offshore. 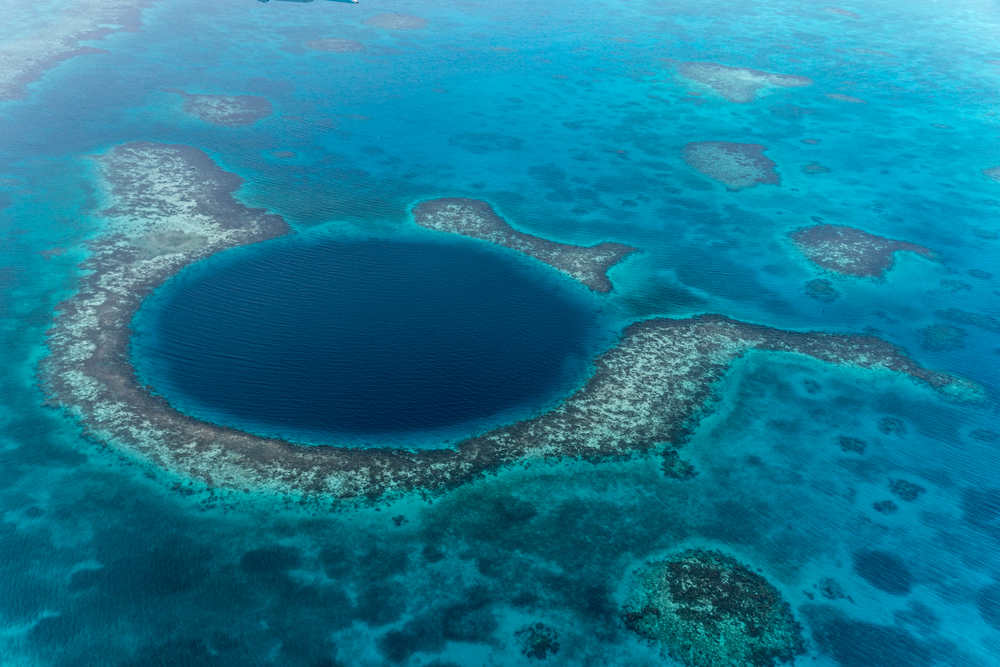 The Great Blue Hole is exactly what you would picture with a name like that, but this natural wonder holds more than meets the name. From the sky it’s an ominous indigo abyss with no bottom in sight. Under the waves, it’s one of the most-sought after dive sites in the world. This sinkhole was formed during the Ice Age before the sea levels rose, and a system of massive stalactites still stands tall today. Few have reached the bottom at 407 feet, and maneuvering through narrow caverns and sharing space with hammerhead sharks might seem daunting. But Jacques Cousteau named it one of his top ten dive sites, and experienced divers are just itching to scratch it off their own bucket lists. 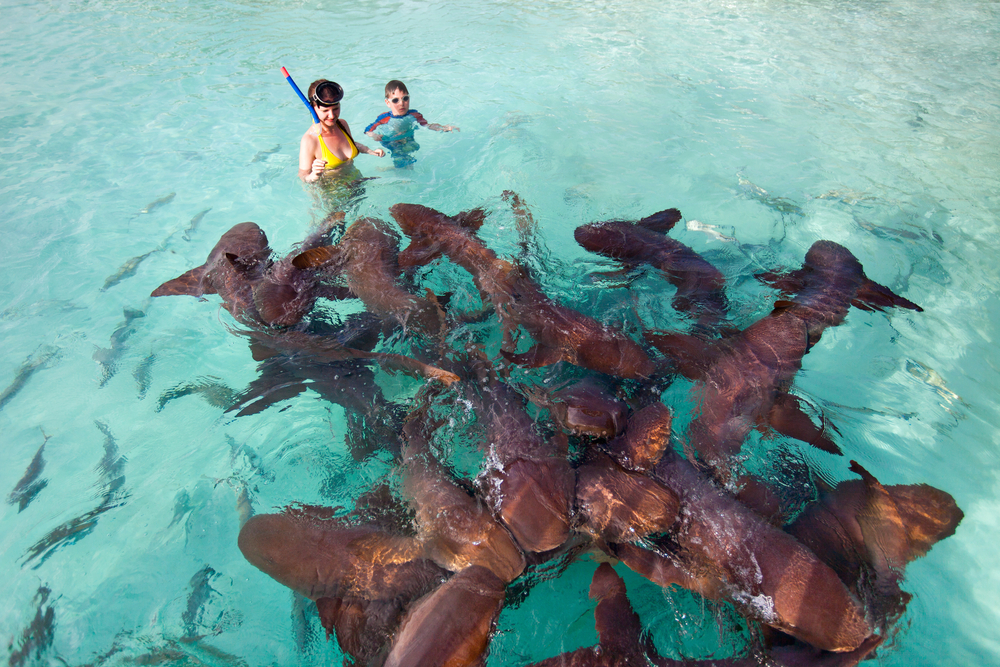 For those who aren’t certified divers, snorkeling in these waters is just as rewarding. Hol Chan Marine Reserve’s 13,000 acres of protected waters offer snorkelers of all skill levels the chance to swim through four different zones. The coral reef, seagrass beds, mangroves, and Shark Ray Alley are the home of hundreds of fish, sea turtles, friendly rays, and nurse sharks.

Contrast can be a great thing, and Belize is all about balance. So don’t fret on where to stay and what to do. Dare to see it all.

Talk to your local travel agent and start planing your Belize adventure today!