Honoring Pride Around the World 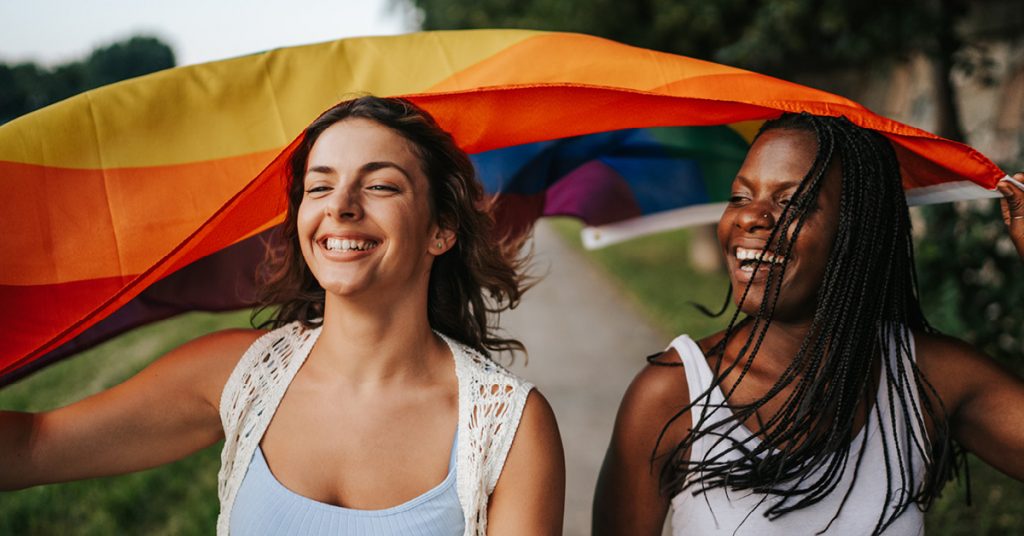 Pride Month isn’t simply about sharing rainbow content. It’s a time to recognize the significant contributions of the entire LGBTQIA+ community, educate ourselves on its history, and consider the ways that everyone can contribute to creating a more inclusive world. We need to recognize where we’ve been, celebrate where we are now, and look toward the future at where we need to be. In its own way, travel can help. Experiencing how various countries and communities commemorate and recognize Pride, helps diminish differences and increases understanding. Around the globe you’ll find an ever-expanding list of cities that are quickly becoming the go-to locations when it comes to celebrating and welcoming LGBTQIA+ community. Here are eight of our favorite inclusive destinations just waiting to be discovered. 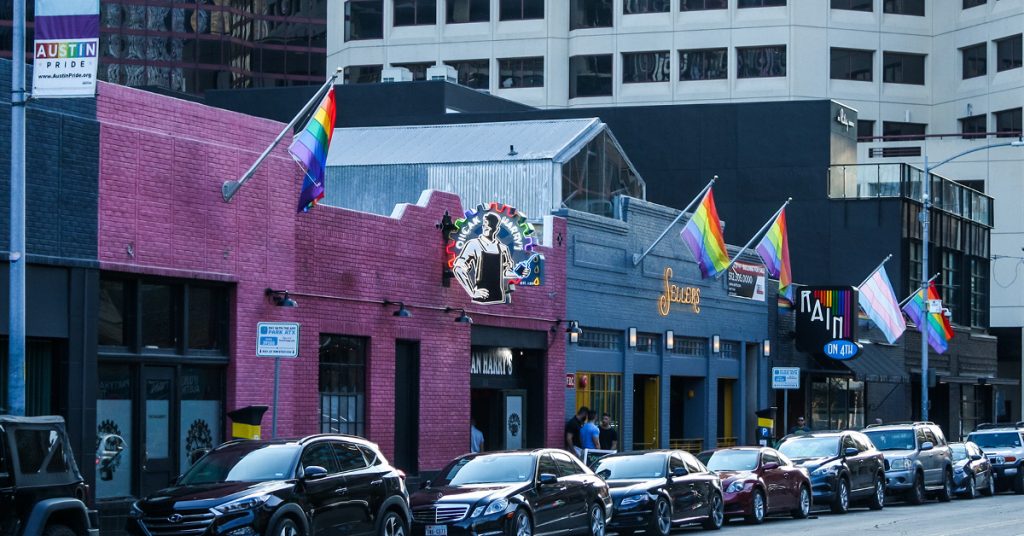 With the most live music venues per capita in America, Austin is the ultimate city for every music fan and has a visibly active and progressive LGBTQIA+ community. The evergreen parks and Colorado River give a sense of breathing room and speaks to the relaxed nature of Austin’s culture. The most breathtaking view is atop Mount Bonnell, an easy 102-step walk that ends with a spectacular view of the city and mountain greenery. Austin is jam-packed with natural attractions where days can be spent hiking, kayaking, swimming, or simply finding a good place to set up your picnic. The heart of Austin’s southern energy is on Sixth Street, the nightlife hotspot that is rumbling with live music. While each of Austin’s four neighborhoods—East Austin, Clarksville, South Congress, and Downtown Austin—present their own vibe, each is equally gay-friendly.

How to Celebrate Pride: Attend the Austin Pride 2022 Parade and Festival on August 20th, 2022. 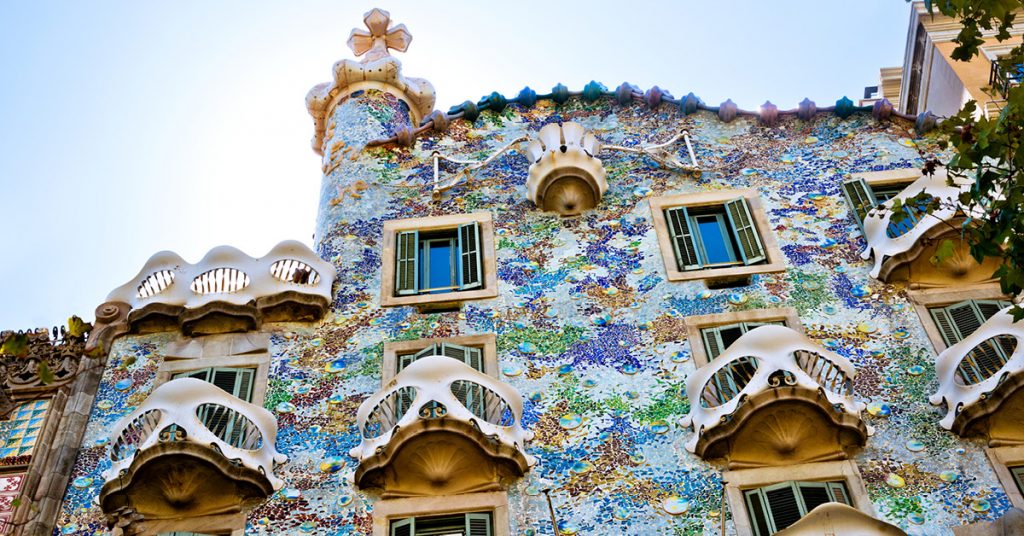 Barcelona is known for two things: its architecture and amazing lifestyle. Spain’s cultural capital satisfies all kinds of travelers. With its history, culture, food, romance, and electric party scene, Barcelona is wide-ranging. For starters, getting a glimpse of the museums and churches—such as the Barcelona Cathedral and Casa Batlló—is a must. The Barri Gothic, featuring breathtaking Roman and Medieval buildings, is an essential must-see for any visitor’s checklist. In contrast with historic buildings, you can also get your fill of beach days. The city features some amazing beaches to soak up the sun, such as Mar Bella and San Sebastian. Barcelona also has a flourishing nightlife scene and is also home to one of the world’s largest Pride festivals.

How to Celebrate Pride: It’s days of celebration at PRIDE BCN between July 13th and the 26th. 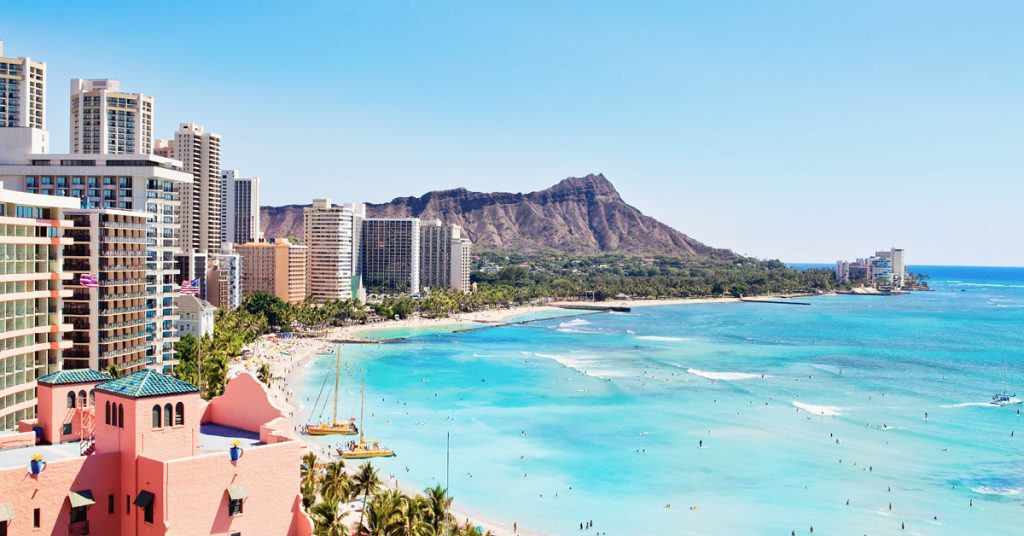 Perfectly combining the best of beach and city, Hawaii’s capital is sensationally serene, but also offers urban experiences and historic sites. As emotional as it is educational, the World War II Valor in the Pacific National Monument is an essential part of American history. For those looking for lots to do without the wait, Honolulu’s accessibility offers nightlife, beaches, and spas within walking distance of each other. Start your day at the historic Waikiki Beach at the foot of Honolulu’s city line, next visit Diamond Head volcano, and then cap the day off with an exquisite meal and dancing within the heart of the city.  Waikiki Beach is the center of the LGBTQIA+ and nightlife scene in Honolulu, and the water activities Hawaii is famous for—such as surfing, diving, and snorkeling—are a must-try here. Whether day or night, Honolulu keeps the party rolling.

How to Celebrate Pride: Honolulu is honoring Pride with a parade and festival on October 15th, 2022. 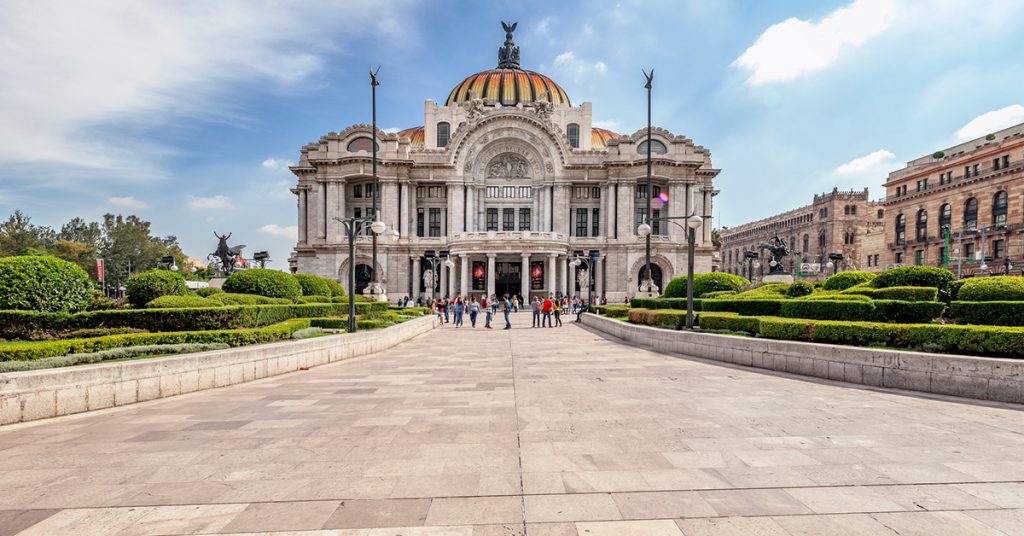 For those who crave a varied combination of culture and excitement,  Mexico City truly delivers. Among the historic highlights are the ancient artifacts within the Museo Nacional de Antropologia, the art-deco architecture of the Palacio de Bellas Artes, and the storied Aztec Templo Mayor. After sightseeing all day, step into one of the city’s well-reviewed restaurants for some of the best cuisine within the country. The high-pulse energy of Mexico City is like no other, especially in the famed gay neighborhood of Zona Rosa, also known as Pink Zone. Mexico City was the first city in the country to legalize gay marriage and hosts the largest gay festival in Latin America. 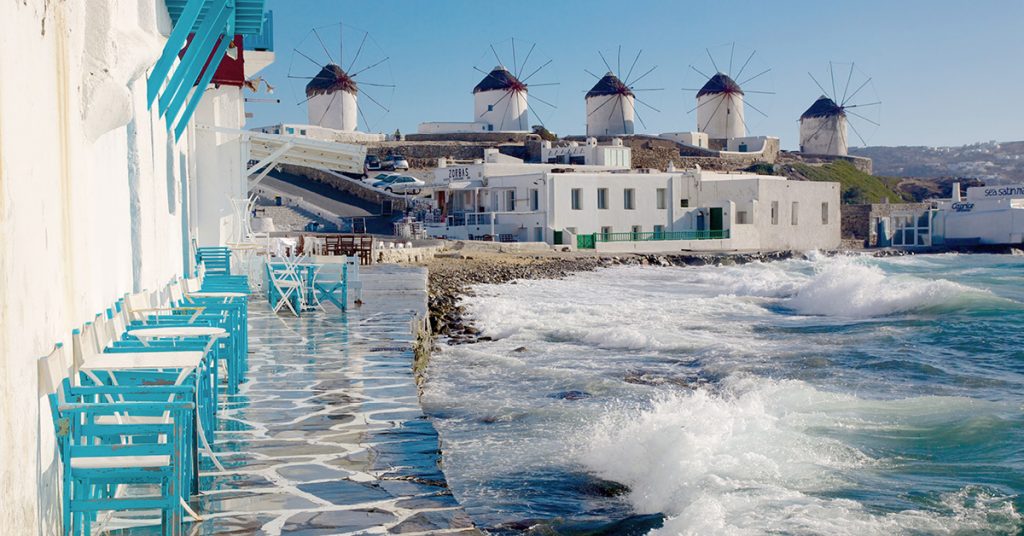 The ideal combination of relaxation and action, this Greek island is famed for its rollicking all-day beach parties and is known as being one of the top gay destinations in the world. From partying to sunbathing and adventure-seeking, the picture-perfect beach atmosphere provides opportunities to get wild or get some rest. A must-visit spot is the 500-year-old windmills that overlook Little Venice. On the way there, the neighborhood of Alefkandra offers authentic Greek culture and history—from the Agriculture and Folk Museums to its unique foods. Mykonos may be known for its ancient beauty, but it embodies a progressive lifestyle and is loaded with legendary nightlife and celebrations. 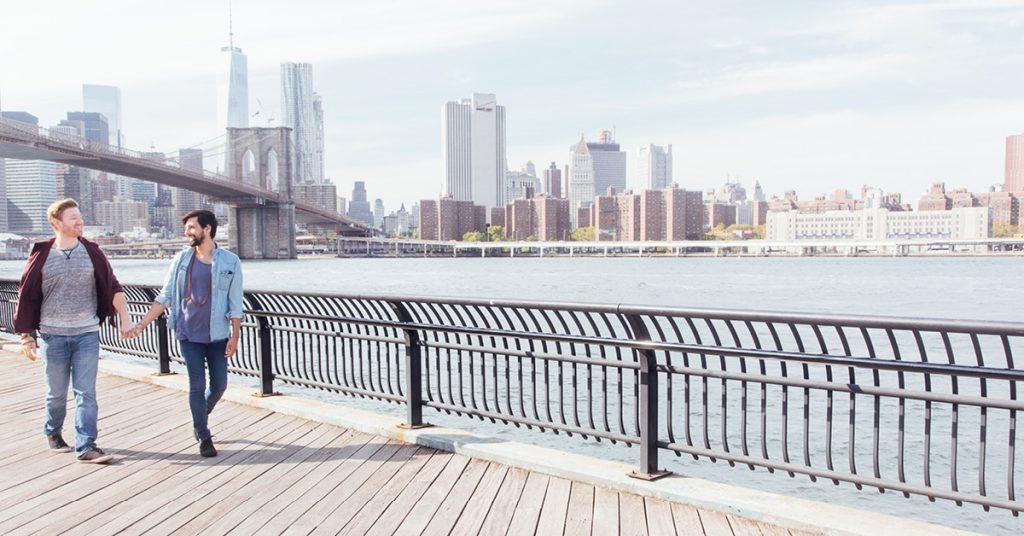 The premier acting talents on Broadway, engaging harmonies of the New York Philharmonic and Metropolitan Opera, and the stunning feats at Lincoln Center’s New York City Ballet are just a few of the city’s many influential marvels. Throw in New York’s ethnic neighborhoods, like Chinatown and Little Italy, and the Metropolitan Museum of Art—one of the most important and lauded art museums in the world—and you have what some consider the biggest cultural destination in the world. Home to the beginnings of the modern gay rights movement at Stonewall Inn in 1969, The Big Apple also hosts the largest Pride celebration on the planet. But if you’re not among the five million people celebrating LGBTQIA+ Pride in June, New York keeps the pride party going all year round, with rich gay nightlife options throughout several neighborhoods across the city and countless parades, festivals, events, and street fairs throughout every season.

How to Celebrate Pride: Catch events all month long, but don’t miss the massive NYC Pride Parade on June 26th, 2022. 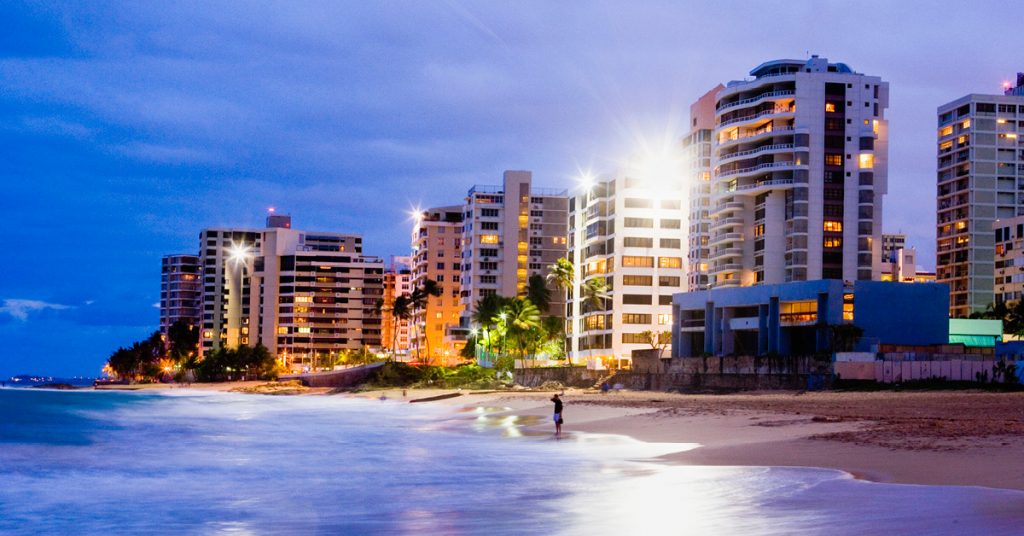 An ideal destination for those who enjoy the outdoors, the island’s rainforests—especially El Yunque National Rainforest—are an experience of nature unlike anywhere else. Bioluminescent Mosquito Bay is the Caribbean hideaway that glows in the dark as the sky and waters emit blue radiance from the half-plant, half-animal microorganisms that live there. Between snorkeling, historic tours, or simply beachcombing, the options to be one with nature are broad. Beyond the beautiful landscapes, Puerto Rico is known for its action-packed nightlife, especially in the capital, San Juan. The city is deemed as the center of Puerto Rico’s LGBTQIA+ community and has a variety of pride-friendly clubs and restaurants.

How to Celebrate Pride: Take part in the party that’s the Puerto Rice Pride Parade in San Juan on June 5th, 2022. 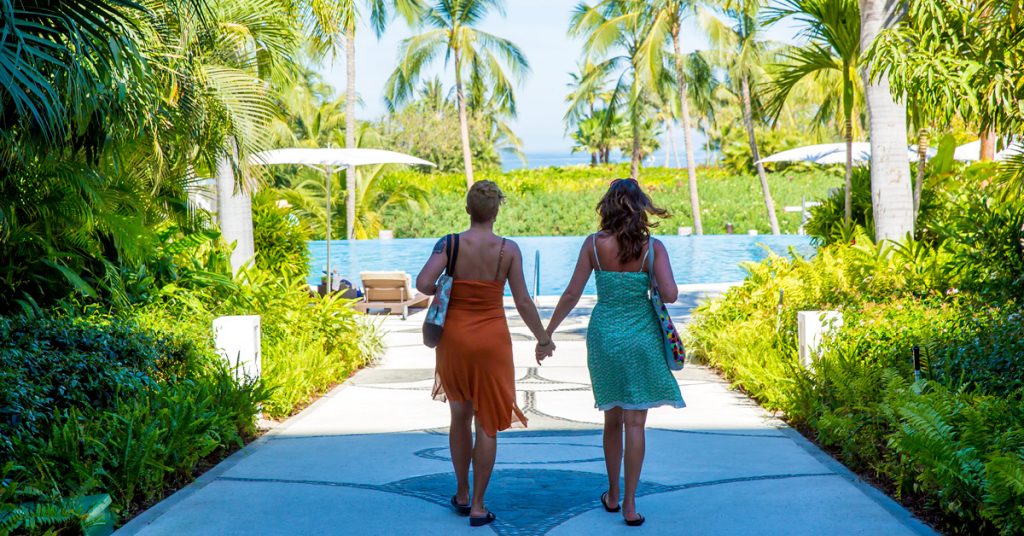 Known for its inexpensive party scene, this resort town off the Mexico coast offers a laid-back and romantic atmosphere. In Puerto Vallarta guests stroll across the El Malecon boardwalk day and night. The boardwalk provides art sculptures, historic landmarks, and a variety of ethnic foods all along Banderas Bay. The nightlife is filled with a range of choices for LGBTQIA+ travelers— from lounges to upscale bars and clubs. The Gay Vallarta Bar Hopping Tour runs a few times per week during the tourist season and features the best hotspots in town.

How to Celebrate Pride: 2022’s Pride is over for the year, but make plans to visit at the end of May 2023 for parties and parades!

The world is filled with so many welcoming places to relax, celebrate, and indulge. No matter what one seeks on a trip, these cities can cater to every desire. Contact your GOGO-backed travel advisor to start planning.