Voted “Best Island” by the readers of Conde Nast Traveler for 19 years, Maui is a relaxing retreat with world-famous sites, beaches, and culture. It wasn’t easy—Maui is spectacular—but we compiled a list of our top experiences on the Valley Isle, plus travel tips and “Hawai`i’s Most Hawaiian Hotel.”

Maui celebrates being Hawai`i’s second biggest island with a diverse range of activities, sights, and natural wonders. Check out a few of the exciting attractions found on the island, from spectacular sunrises and stunning waterfalls to whale watching and world-class beaches. 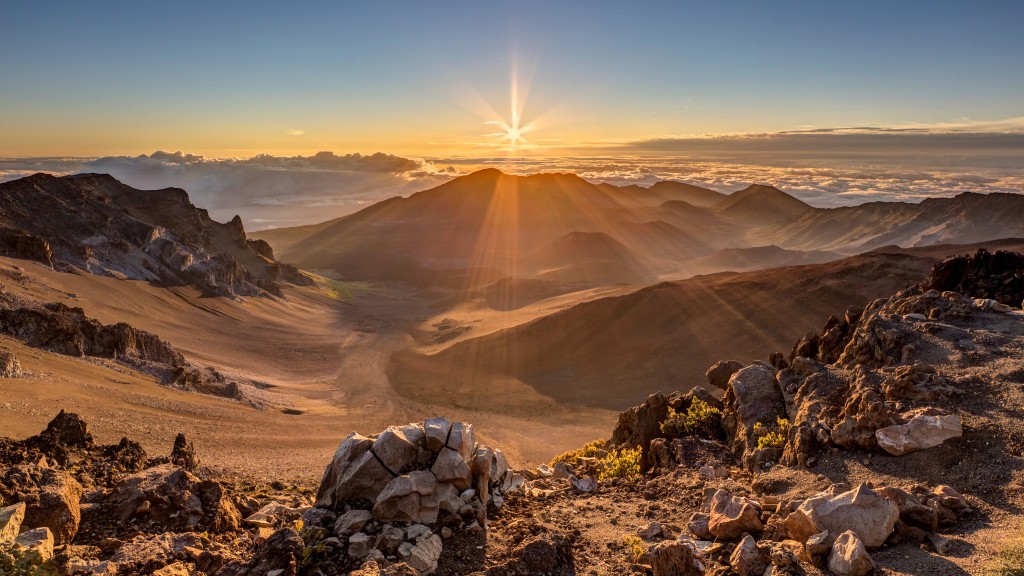 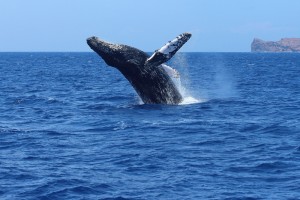 Maui is one of the best places in the world to whale watch with the Auau Channel offering stunning opportunities from December to May. If you want to be sure to catch a glance at one, make sure to be in the area January through early April for peak season.

Amble through Lahaina, once the capital of the Hawaiian Kingdom and the setting of Herman Melville’s classic work, Moby Dick. Now a quaint, historic village with art galleries, shops, and restaurant, Lahaina is a calming escape, and during the winter months, it’s a great place to spot the humpback whales.

The ultra-famous Road to Hana can be found on Maui with 620 curves and stunning natural wonders, like waterfalls, plunge pools, and dramatic cliffs. And once you reach Hana, enjoy snorkeling at Waianapanapa State Park, a black sand beach, or the Pools of Oheo, tiered pools with cascading waterfalls.

Known as the “Valley Isle,” Maui houses Iao Valley State Park with its 1,200-foot Iao Needle. The state park also has historic significance with the Battle of Kepaniwai, where King Kamehameha I fought Maui’s army on his quest for the islands’ unification.

Though revered as one of the best beaches in the world, Kā`anapali Beach is more than just shimmering sands and crystal clear waters. This once-time relaxing retreat for Maui’s royalty offers world-class shopping, two championship golf courses, and whale-watching adventures. But Ka`anapali Beach is perhaps best known for its daily cliff diving ceremony where divers reenact a feat once achieved by King Kahekili at Puu Kekaa, or Black Rock.

You’ve chosen Maui as your next vacation destination, but what should you know about the island before you set foot on it? We’ve got an essentials’ rundown.

Since you’ll be (mostly likely) flying in, Maui has one major airport and two smaller ones. If you want a direct flight from most major U.S. cities, choose Kahului Airport (OGG), which is 35 minutes from Wailea, 50 minutes from Kaanapali, and less than two hours from Haleakala. You can fly into the one of the smaller airports if you first fly into Honolulu International Airport (HNL) and take a 30-minute flight from the O`ahu to Maui.

Maui has two seasons. While “winter” does not bring snow to Maui, temperatures in November through April generally remain in the low-70s to mid-80s. Summer, from May through October, see temperatures in the low-90s, but trade winds make the island enjoyable year-round.

So bring the shorts and flip-flops! Resort casual is the generally accepted attire, though a light jacket is recommended if you plan to enjoy Maui’s nightlife. If you plan to head up to Haleakala, bring a heavier jacket as temperatures can fall into the 40s.

Hawaii is the 50th state, so Internet access and cell phone coverage is available. Standard rates apply, even in the Pacific Ocean.

Related: Top 10 Things to Do in Hawaii: Coffee, Craters, and City Tours

Where to stay—Kā`anapali Beach Hotel 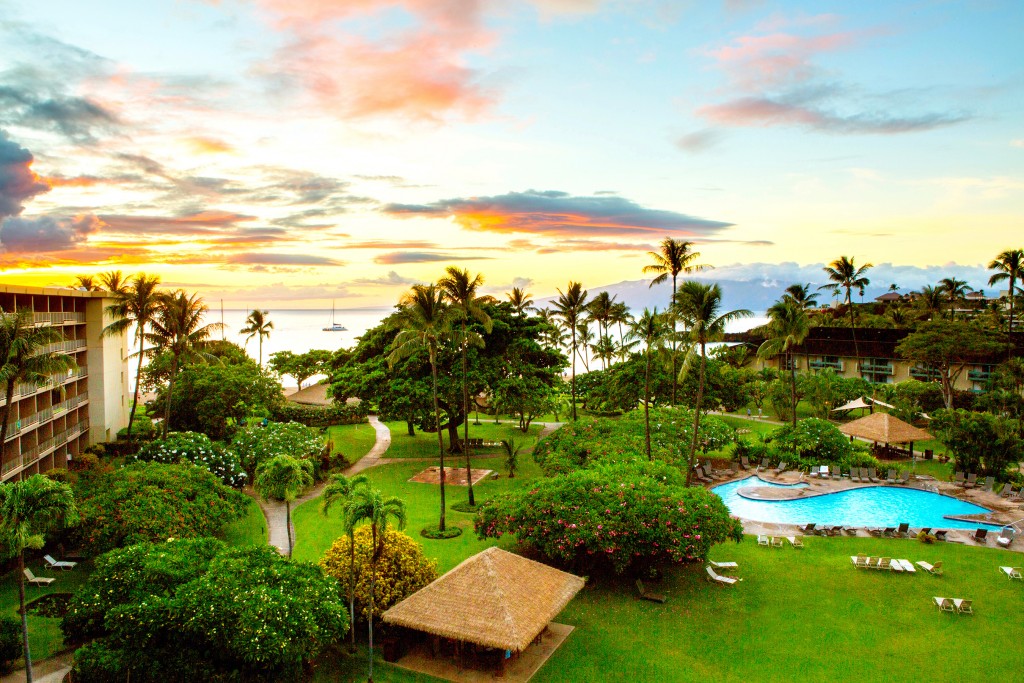 Known as one of America’s best beaches, Kā`anapali Beach boasts three miles of sugar sand and crystal waters, and located beachfront on this world famous shore is the Kā`anapali Beach Hotel. “Hawai`i’s Most Hawaiian Hotel” is just steps away from Whaler’s Village with its world-class shopping and dining, plus only four miles from historic Lahaina town.

As part of its commitment to perpetuating the Hawaiian culture, the hotel recently opened up the Makahiki season with an official ceremony. In ancient times, Makahiki season lasted about four months. During this time, war was forbidden and sports, feasting, and religious festivities occurred. In past Makahiki, each department would focus on creating Hawaiian implements, instruments or tools to be kept on property at the hotel’s museum. This year, the hotel wanted to focus on giving back to their guests. Each department has committed to making and giving Hawaiian makana (gifts) to their guests.  The makana ranges from small fish made out of lauhala (leaves of the pandanus tree), to pa`akai (Hawaiian salt) bags. 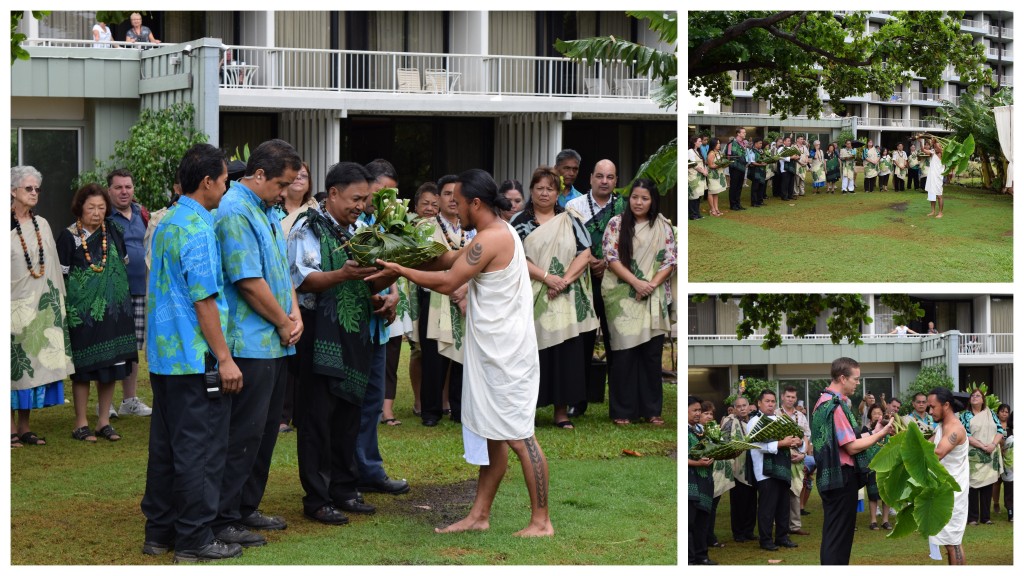 Explore the Valley Isle and experience an authentic Hawaiian experience on Maui with Kā`anapali Beach Hotel!