Celebrating pride and culture is a dynamic that makes traveling to new places exciting. We’ve provided the lowdown on what makes each of these cities so unique and worth a visit. Explore the world with our list of its most appealing places.

Whether it be taking a food tour, strolling through the botanical gardens, or seeking the innovative art at Musée d’art contemporain de Montréal, Montreal caters to sophistication. Its taste in art is plastered everywhere between works of murals and graffiti. The city features one of North America’s most established gay neighborhoods—Gay Village. A celebration-oriented city, it is home to the largest festivals in the world, including Montreal Jazz Festival, Montreal International Fireworks Festival, and Francofolie. No matter the season, it is a community that’s always in high spirits and is expressing its youth.

The premier acting talents on Broadway and engaging harmonies of the New York Philharmonic, Metropolitan Opera, and New York City Ballet at Lincoln Center are something to marvel at. Between Little Italy, Chinatown, and Koreatown, NYC offers samples of several ethnic cultures. The Metropolitan Museum of Art, one of the most important and historical museums in existence, offers a vast education of the world. The Big Apple is home to the gay rights movement and features an endless itinerary of music, art, and theatre. All five boroughs are rich with gay nightlife options. Just to name a few, Chelsea, Hell’s Kitchen, and Greenwich Village are all neighborhoods with booming nightlife culture. It is host to the largest LGBTQ Pride parade on the planet, and holds countless other parades, festivals, and street fairs year-round.

Many travelers visit Phuket for pristine beaches, and to experience exotic cuisines, such as chilies and lime leaves. The appeal of this southern Thailand island is the practice of Buddhism. The Big Buddha, a 148-foot statue a top Mount Nagakerd, is the largest attraction on the island. Wat Chalong, a Buddhist temple famous from the Chinese Rebellion, is a peaceful hideaway. Phuket is also the center of Thailand’s LGBTQ culture. You name it, Phuket has it. Between clubs, bars, karaoke, and cabarets, the island offers the most eclectic of nightlife options.

Puerto Rico is best for those who enjoy the outdoors. The island’s rainforests, especially El Yunque National Rainforest, are an experience of nature unlike anywhere else. Bioluminescent Mosquito Bay is the Caribbean hideaway that glows in the dark as the sky and waters emit blue radiance from the half-plant, half-animal microorganisms that live there. Between snorkeling, historic tours, or simply beachcombing, the options to be one with nature are broad. Beyond the beautiful landscapes, Puerto Rico is known for its action-packed nightlife, especially in the capital, San Juan. The city is deemed as the center of Puerto Rico’s LGBTQ community and has a variety of pride-friendly clubs and restaurants. 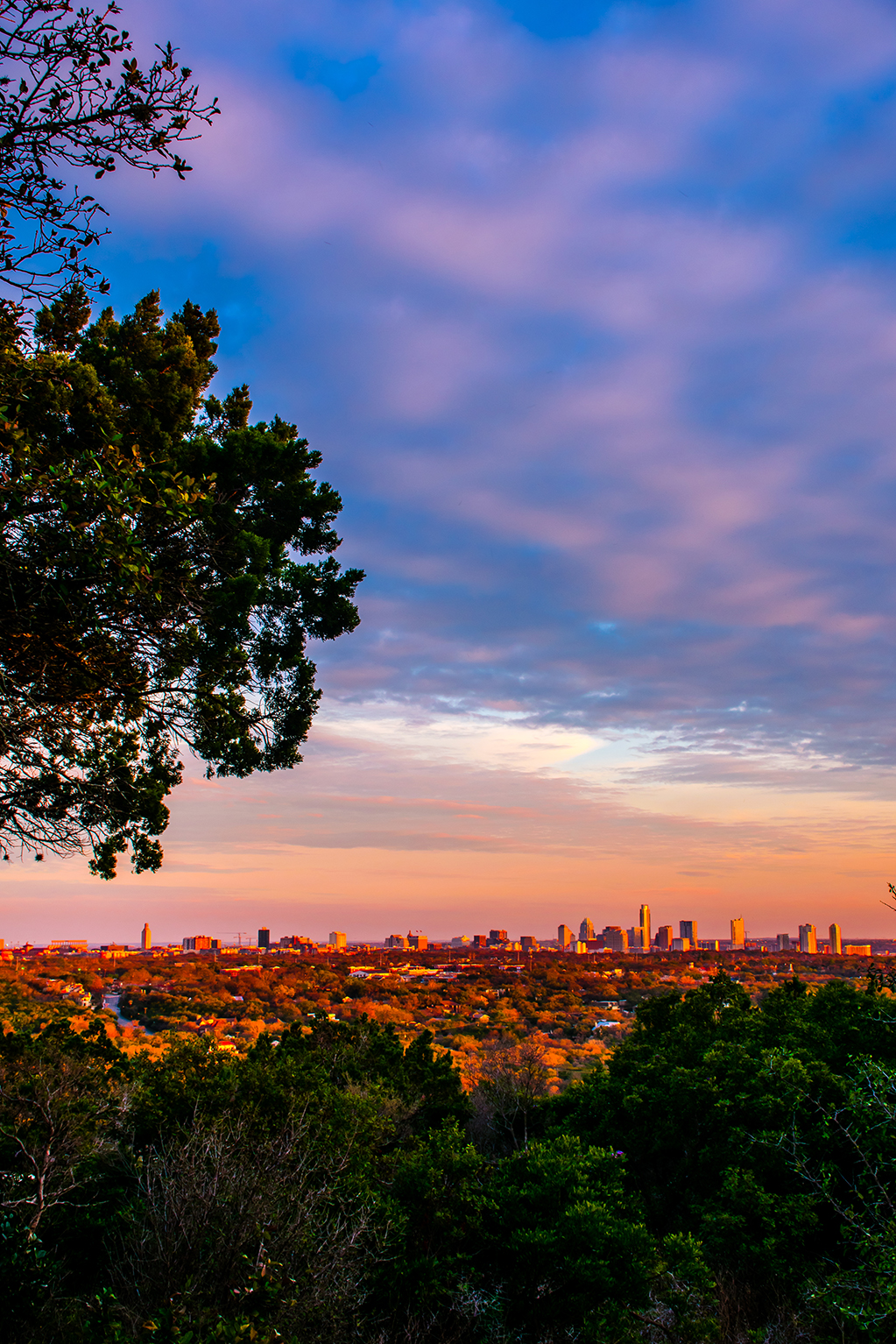 With the most live music venues per capita in America, Austin is the city for true concert-goers. The evergreen parks and Colorado River speak to the relaxed nature of the city’s culture. The most breathtaking view is atop Mount Bonnell, an easy 102-step walk that ends with a gaze over the sky, live oak, and mountain laurel. Austin is jam-packed with natural attractions where days can be spent hiking, kayaking, swimming, or simply finding a good picnic spot. The heart of Austin’s southern energy is on Sixth Street, the nightlife hotspot that is rumbling with live music. Its LGBTQ community is visibly active and progressive. While each of Austin’s four neighborhoods—East Austin, Clarksville, South Congress, and Downtown Austin—present their own vibe, each is equally gay-friendly. 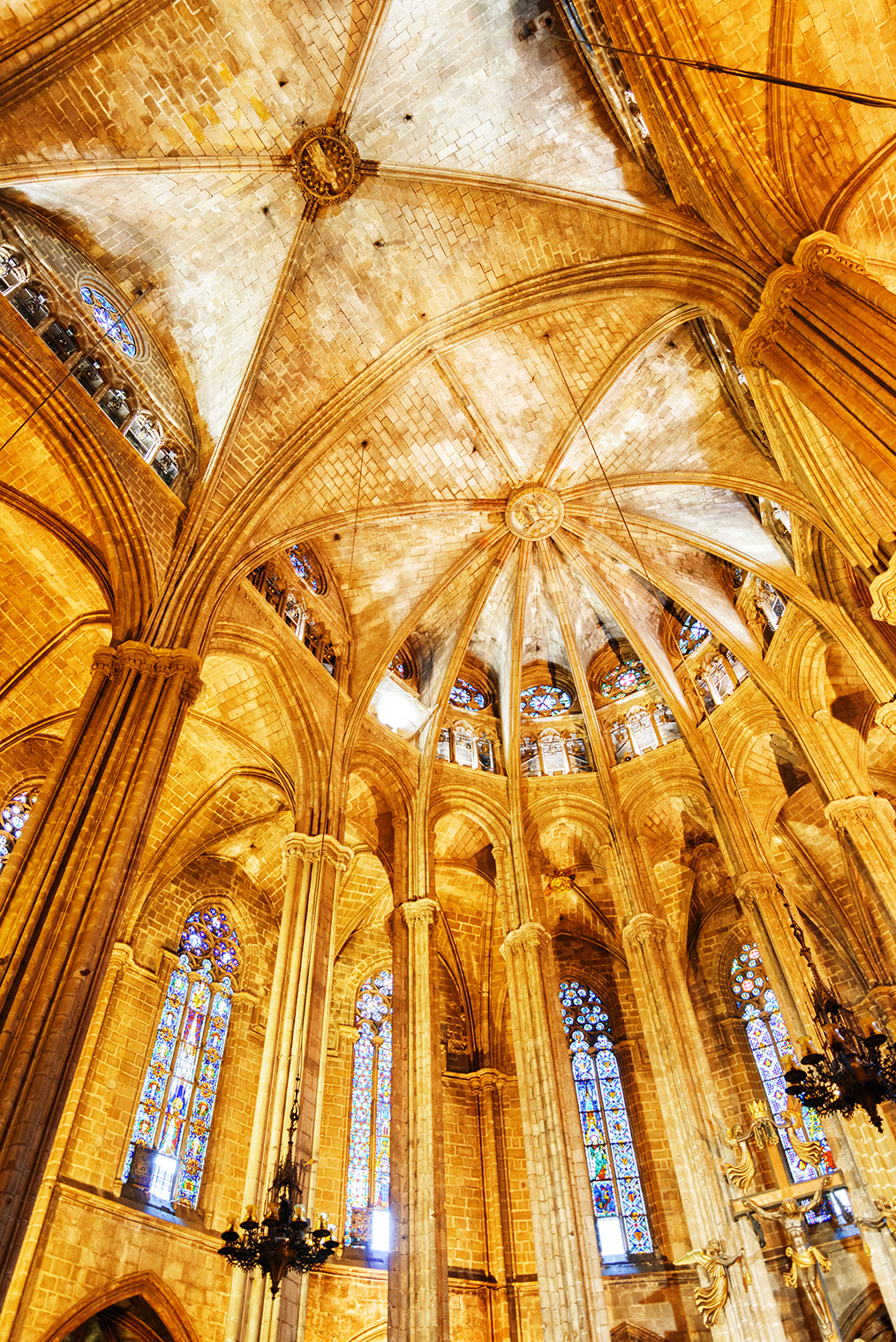 Barcelona is known for two things: its architecture and dynamic lifestyle. Spain’s cultural capital satisfies all kinds of travelers. With its history, culture, food, romance, and electric party scene, Barcelona is wide-ranging. For starters, getting a glimpse of the museums and churches—such as the Barcelona Cathedral and Casa Batlló—is a must. The Barri Gothic, which features breathtaking Roman and Medieval buildings, highlights the most essential piece of the sightseeing checklist. The beach scene is especially active. The city features exclusive beaches to soak up the sun, such as Mar Bella and San Sebastian. It features one of the most prominent gay nightlife scenes in existence. But, more importantly, it is also home to Pride Barcelona – one of the world’s largest Pride festivals.

For those who crave culture and excitement, Mexico City can deliver. Its restaurants promise some of the best cuisine within the continent. Among the historic highlights are the ancient artifacts within the Museo Nacional de Antropologia, the art-deco architecture of the Palacio de Bellas Artes, and the storied Aztec Templo Mayor. The high-pulse energy of Mexico City is stimulating, especially in the famous gay neighborhood of Zona Rosa, also known as Pink Zone. Mexico City was the first Mexican city to legalize gay marriage and hosts the largest gay festival in Latin America. 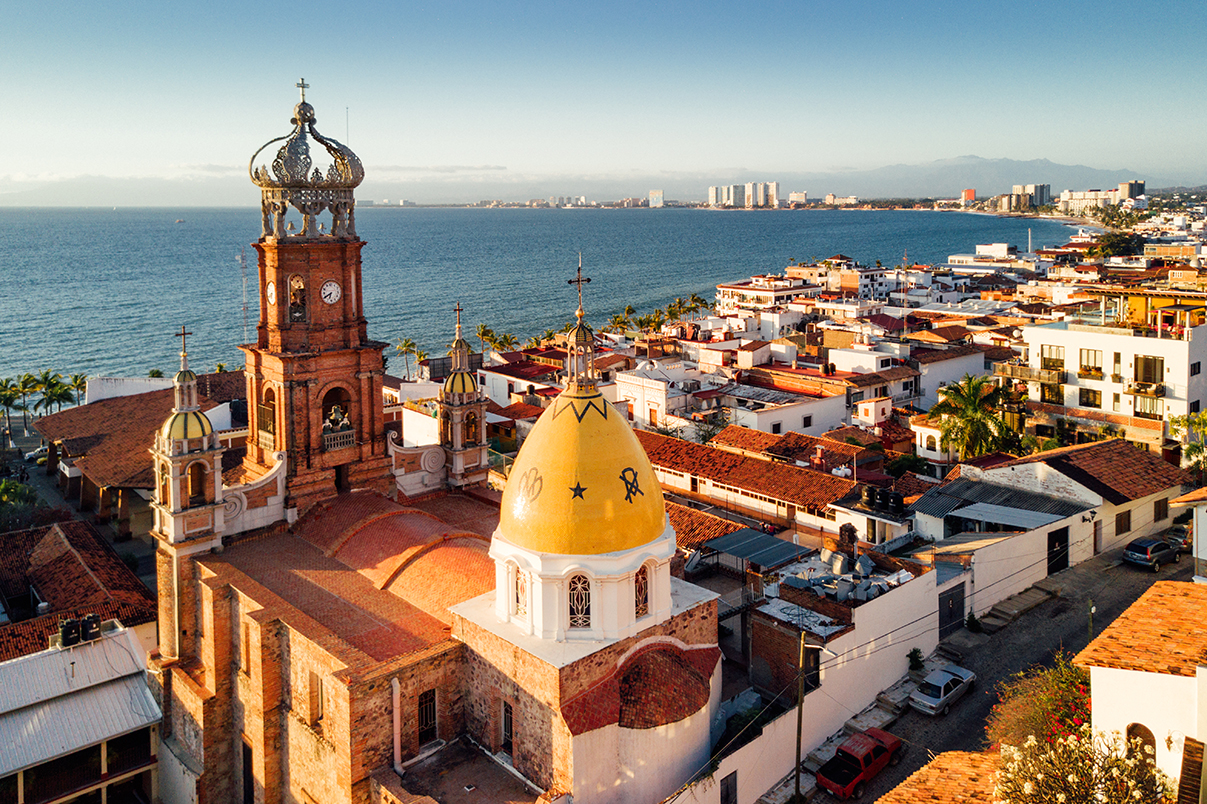 Puerto Vallarta is known for its inexpensive party scene. This resort town off the Mexico coast offers a laid-back and romantic atmosphere. Guests stroll across the El Malecon boardwalk day or night. The boardwalk provides art sculptures, historic landmarks, and a variety of ethnic foods all along Banderas Bay. The nightlife is filled with a range of choices for LGBTQ travelers— from lounges to upscale bars and clubs. The Gay Vallarta Bar Hopping Tour runs a few times per week during the tourist season and features the best LGBTQ hotspots in town. 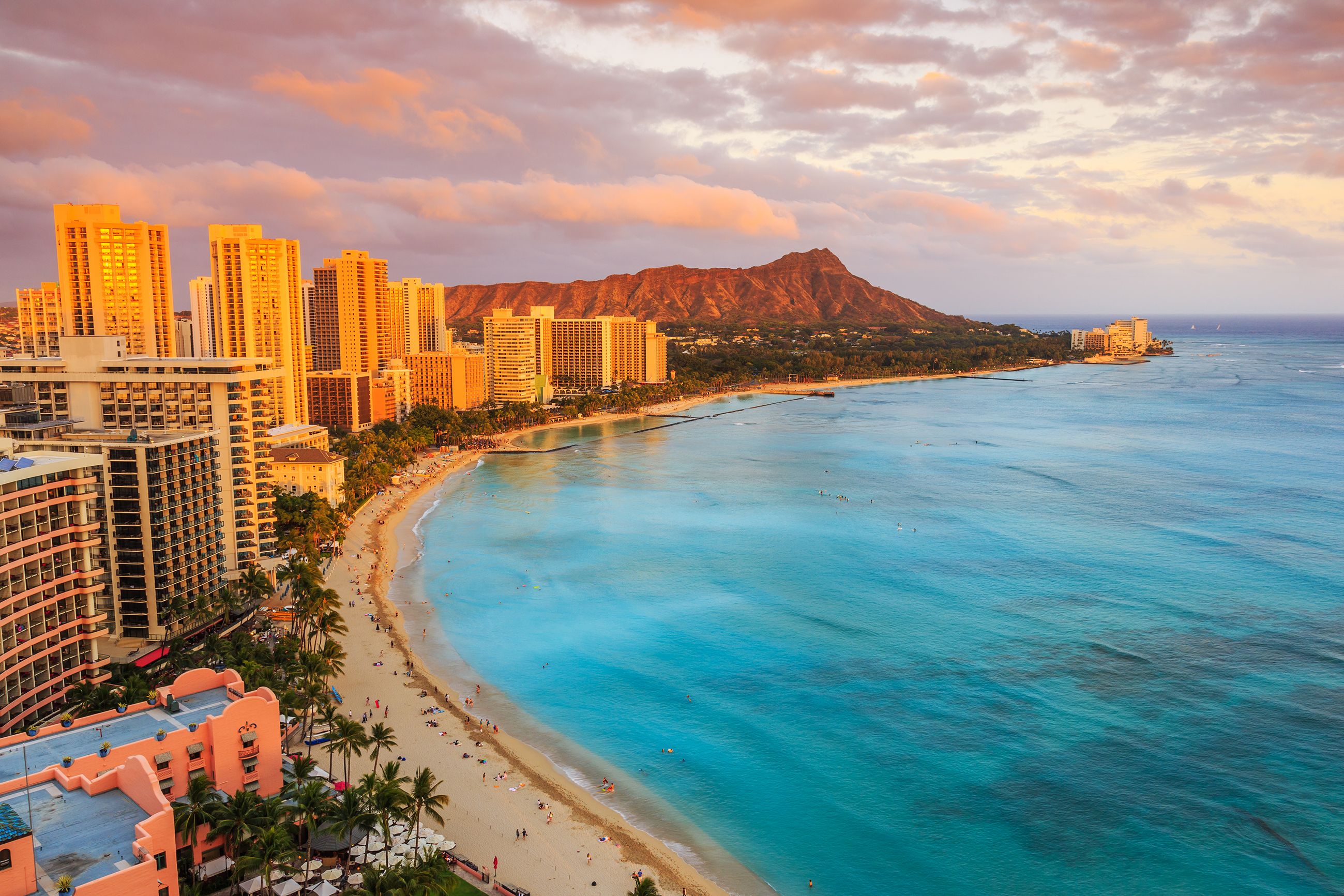 While the state’s capital is peaceful, it also offers an urban lifestyle with all kinds of historic sites. The World War II Valor in the Pacific National Monument is an essential part of American history that is as educational as it is emotional. Honolulu is easily accessible, as all the nightlife, beaches, and spas are within walking distance of each other. The historic Waikiki Beach is at the foot of the clean city line of Honolulu while within reach of Diamond Head volcano. Waikiki Beach is the center of the LGBTQ and nightlife scene in Honolulu. The popular activities of Hawaiian culture, such as surfing, diving, and snorkeling, are a must-try here. Whether day or night, Honolulu keeps the LGBTQ party rolling.

Tokyo is a rejuvenating experience. There is extensive history in the Tokyo National Museum, peace at the Meiji Shrine, and world-class sushi at the Tsukiji Fish Market. There is nothing more relaxing than the gardens of the Imperial Palace, home to the Emperor of Japan. The biggest city on the globe offers a festive LGBTQ scene in a neighborhood called Shinjuku Ni-chōme. The fast-moving district holds over 500 bars and clubs and is the perfect mixture of Japanese and gay culture. 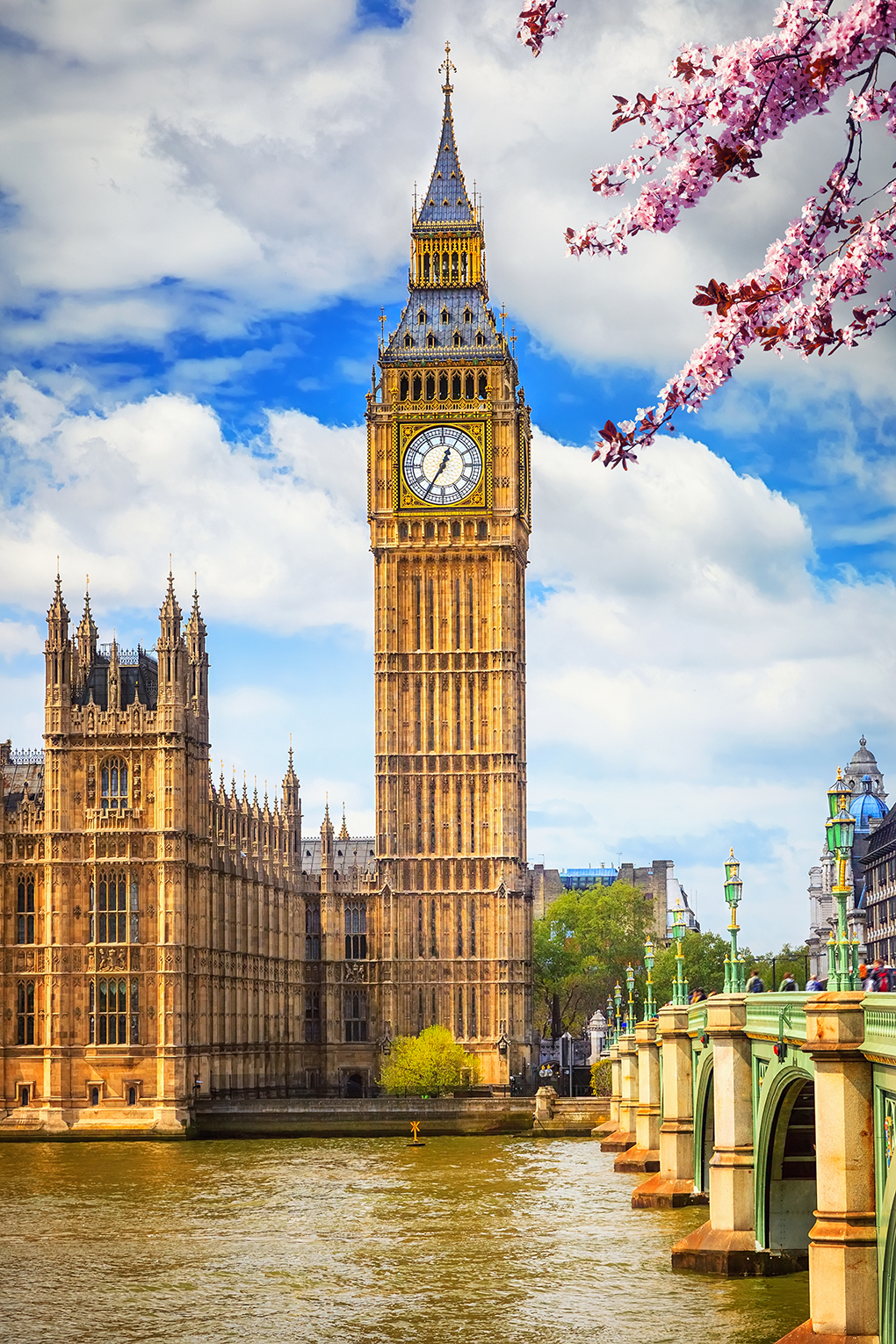 London is a progressive city. It is known for its politics, music, and fashion. Some of the UK’s most storied tourist attractions are here. Of course, there is the iconic Big Ben clock tower, the royal home of Buckingham Palace, and the royal church of Westminster Abbey. London is an open history textbook to explore. England’s capital is known around the world for many things, one of which is its expansive gay-friendly lifestyle. LGBTQ culture flourishes within the Soho and Vauxhall neighborhoods. An array of high-energy pubs and cafés are at every turn. 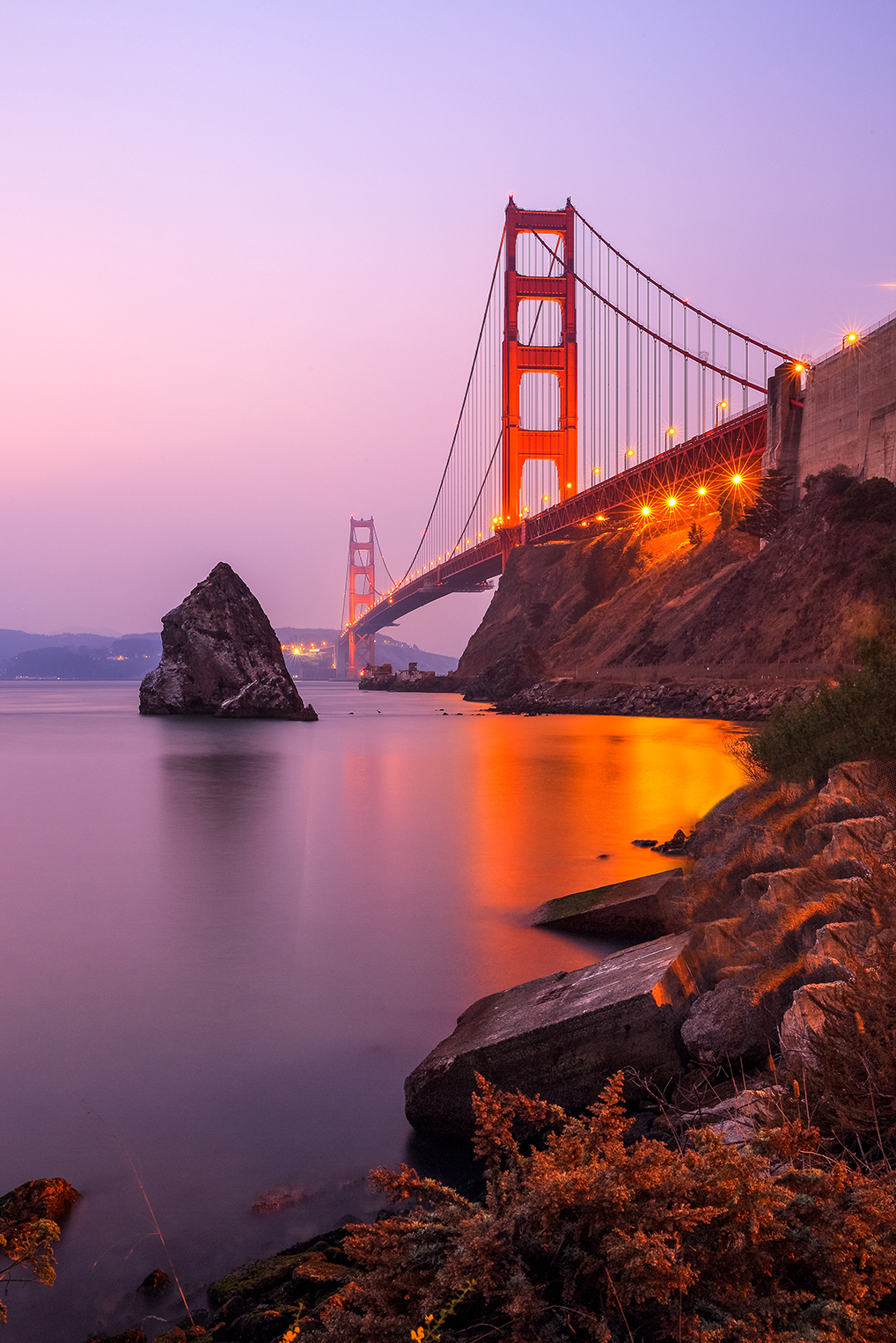 The expressive Californian vibe offers modern art, excellent food, stunning sightseeing, and of course, a lively night scene. It wouldn’t be a true San Francisco experience without riding on the old-fashioned trolleys that the city is known for. For outdoor enthusiasts, adventures are found in Golden Gate Park or climbing to the top of the Twin Peaks. No place shines its pride brighter than San Francisco, which is historically one of the most progressive cities in the world. As one of the first gay neighborhoods in America, San Francisco is an LGBTQ must-see city. 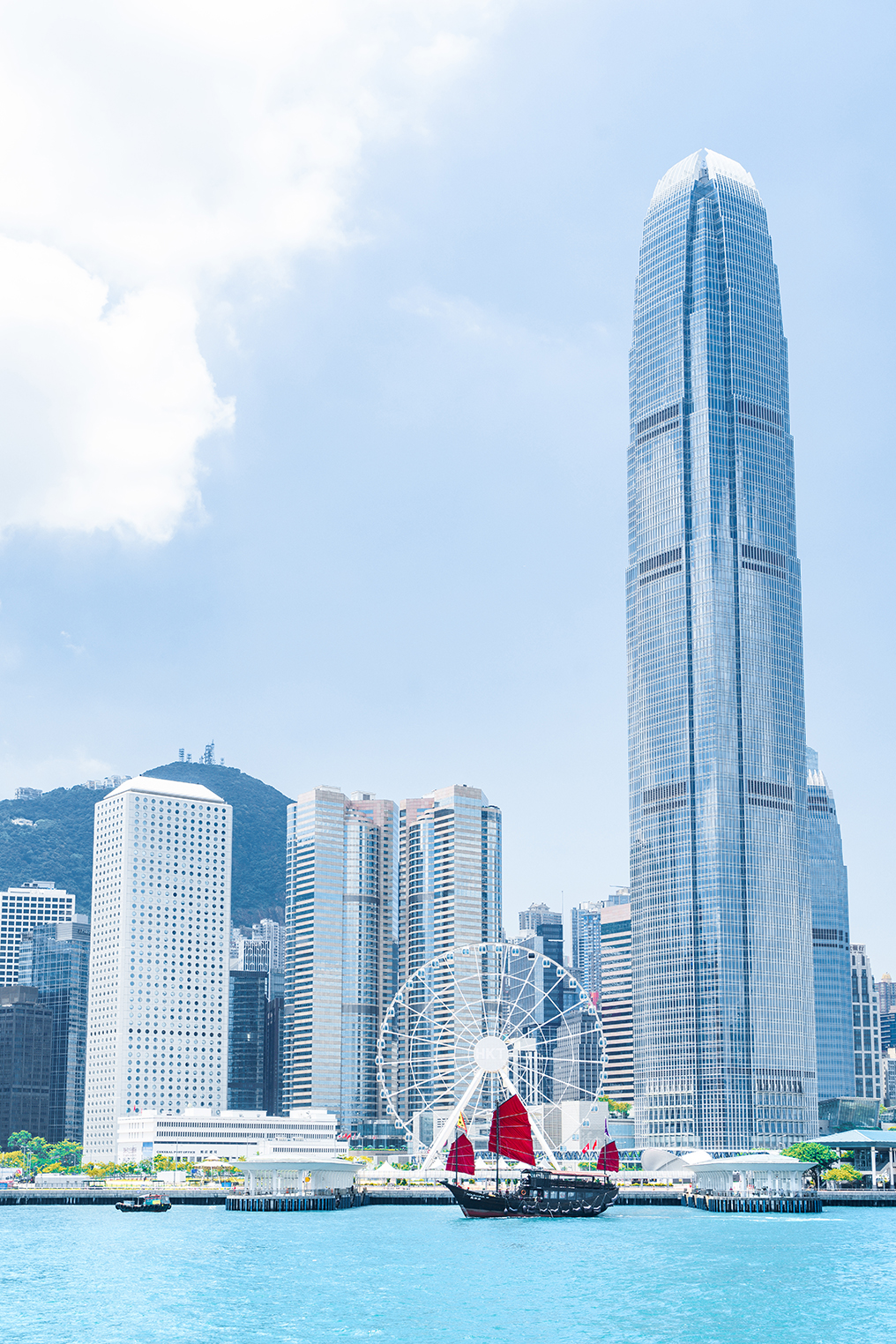 Hong Kong offers everything from beaches to horse-racing tracks and Disneyland. A signature experience is its buzzing street markets, which are diverse. The most famous attraction is the Star Ferry – the water cruise takes passengers from the Kowloon Peninsula to Hong Kong Island and provides breathtaking views of the city. The top of Victoria Peak, the highest point on Hong Kong Island, gives a dream-like view of the city. For 30 years, Hong Kong has evolved into a haven of open expression. The heart of the LGBTQ nightlife is nestled between Causeway Bay and the Central District entertainment zone on Hong Kong island. 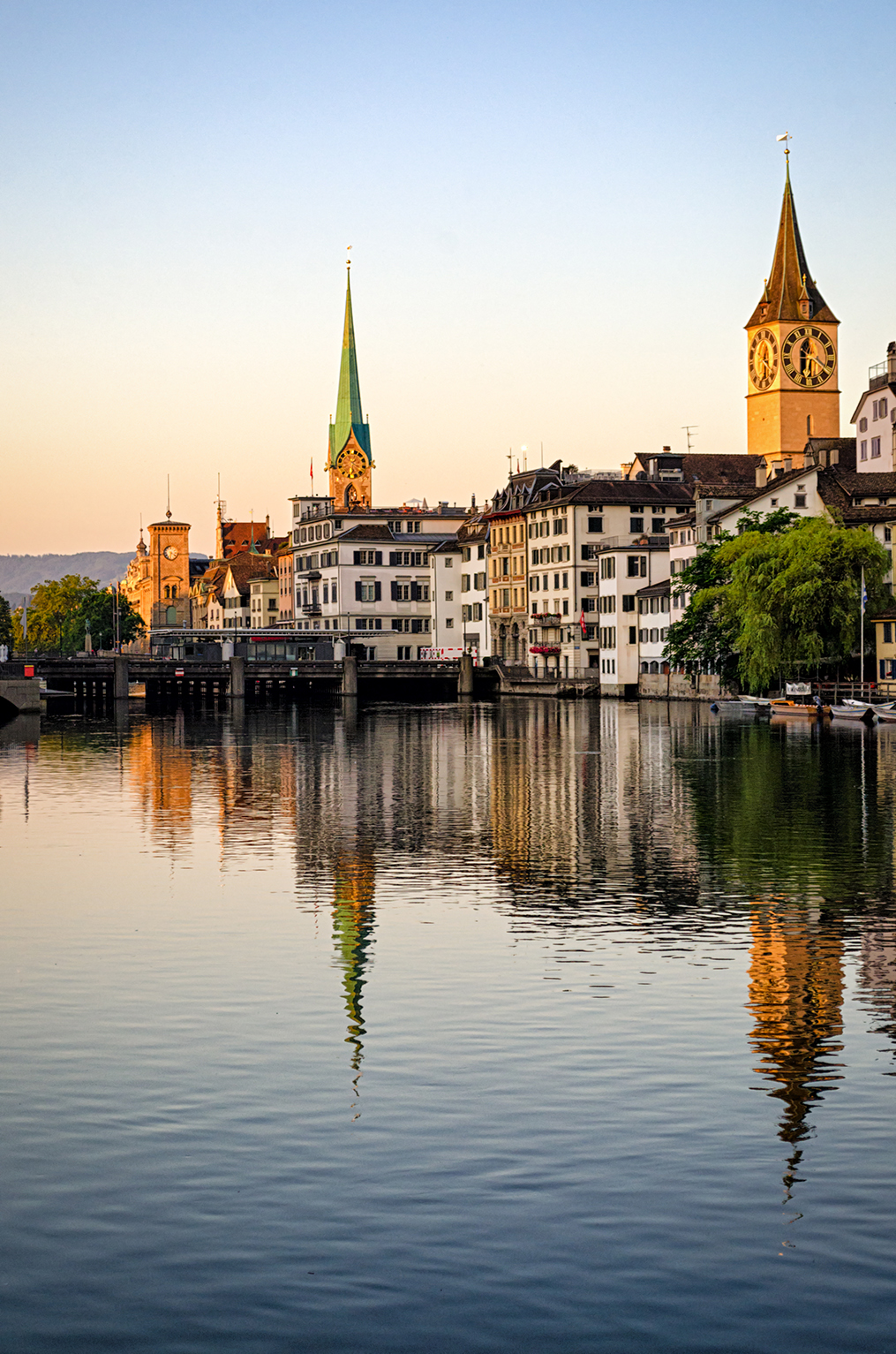 There is nothing quite like walking down the alleys of Old Town, a medieval neighborhood featuring the Great Minster, the Swiss National Museum, and the Museum of Art. The shopping scene is expansive and anytime is right to dive into Lake Zurich or ski the mountains of the surrounding ski slopes. It’s also a place to appreciate the finer things. Like any Swiss town, the food in Zurich is quite revered. From rich chocolate to grilled sausages, Zurich is a fantastic tasting experience. The LGBTQ community thrives, especially within the booming club culture. 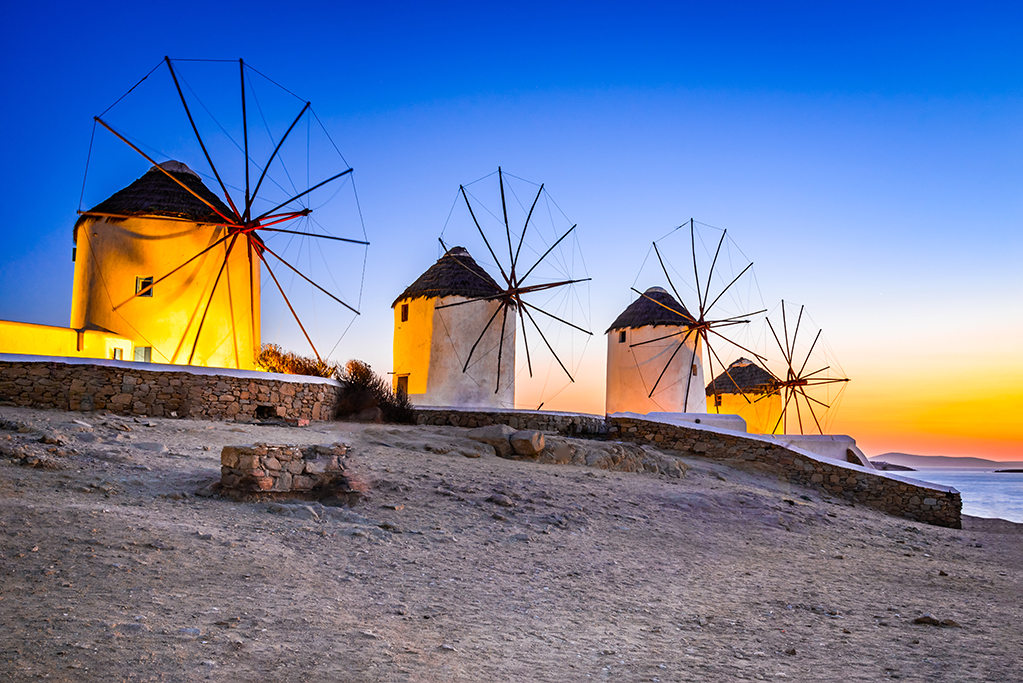 Mykonos is a soothing getaway, but it also hosts action-packed beach parties that last as late as the sun is out. From partying to sunbathing and adventure-seeking, the picture-perfect beach atmosphere is a flexible one. A must-visit spot is the 500-year-old windmills that overlook Little Venice. On the way there, the neighborhood of Alefkandra offers authentic Greek culture and history—from the Agriculture and Folk Museums to its unique foods. Mykonos may be known for its ancient beauty, but it embodies a progressive lifestyle of LGBTQ culture and is loaded with legendary nightlife and celebrations.

The world is filled with so many welcoming places to relax, celebrate, and indulge. No matter what one seeks on a trip, these cities can cater to every desire. Contact your travel agent to start planning your next vacation, and check out our Pride Guide to learn more.