Travel Updates for Week of July 27

Cosmo pool reopens after blaze; Carnival to become ADA-compliant; and Southwest to remain bag-friendly. Here are this week’s travel updates!

The pool at the Cosmopolitan of Las Vegas reopened on Sunday after a fire on the 14th floor Bamboo Pool. Full service was restored except for the West Bar.

As part of the Sheraton 2020 plan, Sheraton Hotels and Resorts introduces Paired, a “reinvigorated” menu at the lobby bar with gourmet small offerings and bar snacks, and local beers and premium wines. Some options include a Banana Bread Peanut Butter Sandwich a Tawny Port and Cantonese Style Salt and Pepper Chicken Wings paired with Riesling or IPA. The offerings are available at Sheraton properties worldwide.

Hyatt Place Dubai/Baniyas Square, the second Hyatt Place hotel in the Middle East and the sixth Hyatt-branded hotel in Dubai, opened this week and is located just 12 minutes from the Dubai International Airport.

Hyatt Place is also venturing into Melbourne, Australia, with its first hotel scheduled to open in 2017 in the Essendon Fields development. It will be located just six miles from Melbourne’s Central Business District.

Travel Weekly reports that Hilton Worldwide has plans to create a midscale hotel brand in the first quarter of 2016. Originally Hampton Inn was targeted to the midscale customers but has “grown up out of it,” said CEO Christopher Nassetta. Adds Nassetta, “there is no good midscale product, and that’s why we are doing it.” Comparable hotels are Best Western, Ramada, and La Quinta (who are now offended).

Located in one of Europe’s top destinations, InterContinental Bordeaux – Le Grand Hotel, France became IHG’s sixth InterContinental Hotel in France this week and is located in Bordeaux’s center square in a historic 130-room hotel that was built in 1776.

Travel Weekly reports that Pueblo Bonito Pacifica Golf & Spa Resort in Los Cabos will add two Club Level towers and a new amenities building. The towers, called the Quivira Club, will feature 40 guestrooms, a presidential suite, and six suites with private pools, and will offer enhanced room amenities and a butler for each floor. The new amenities building will have a Mexican-Mediterranean restaurant, an oceanfront gym, and a VIP lounge.

Rosewood Hotels & Resorts announced its first property in South America, Rosewood Sao Paulo in Brazil. Scheduled to open in 2018, the hotel will be housed in a former historic maternity hospital in the Cidade Matarazzo and feature 151 guestrooms and 114 owners’ suites. Other facilities include two swimming pools, one rooftop; two restaurants, one located on a veranda overlooking the hotel’s gardens; a listed wedding chapel; an adjoining music studio; a large spa, and more.

Travel Weekly reports that the B Ocean Resort in Fort Lauderdale will undergo renovations this August. The 59-year-old property, shaped like a cruise ship, is the former Sheraton Yankee Clipper and will remain open during the renovations, which are scheduled to conclude next summer.

Travel Weekly reports that Carnival must modify its entire fleet, including its Princess Cruises, Holland America brand, and its seven ships under construction, to comply with the Americans with Disabilities Act. The adjustments will make three percent of all cabins accessible with three levels of accessibility and all Carnival employees will receive ADA training. Plus, Carnival will appoint ADA compliance officers shoreside, and each ship will have a ADA officer. Reservation systems, website, and apps will allow disabled passengers to reserve accessible cabins and suites and guarantee reservations for accessible cabins. The changes come after the Justice Department received complaints about reserve cabins, modified policies, practices, and procedures, as well as effective communication during muster and emergency drills.

According to The Report, MSC Cruises has become the number one cruise line in Europe by having a capacity of 1.1 million passengers across its fleetwide, announced MSC Cruises in a statement. 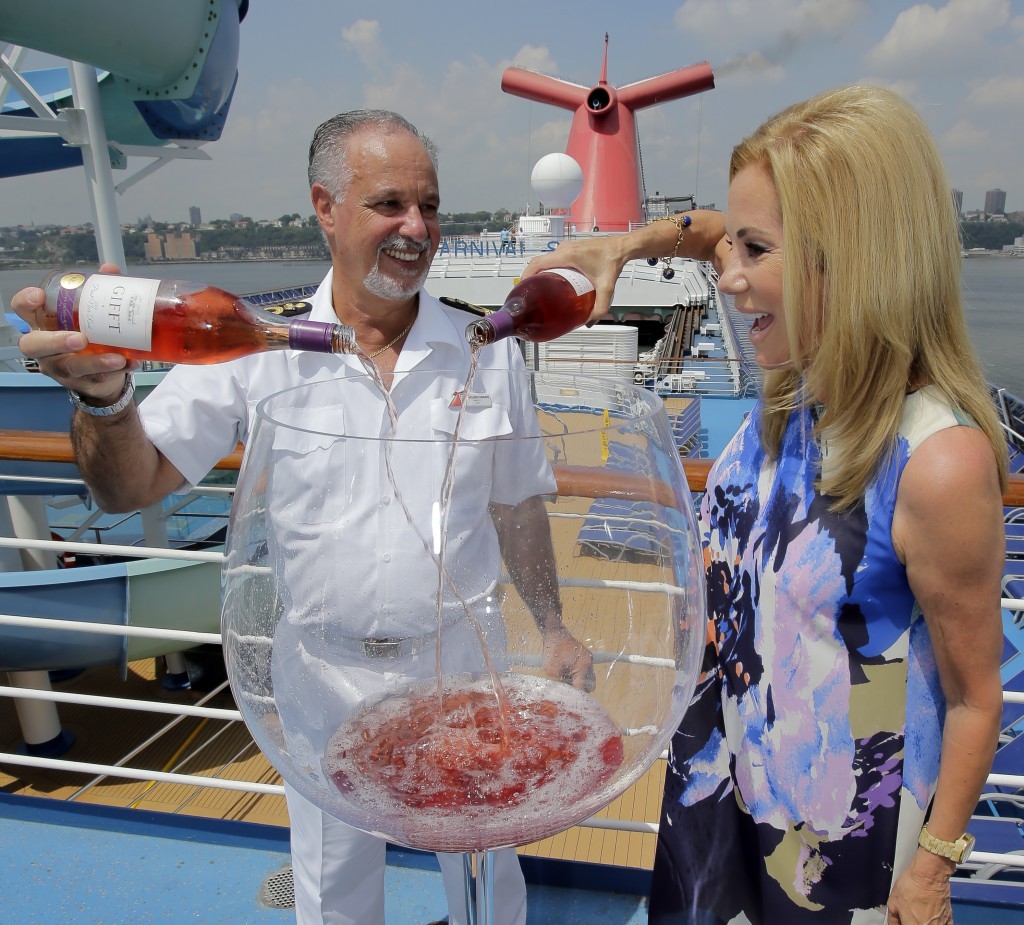 Princess Cruises is partnering with Celebrity Chef Curtis Stone with “Crafted by Curtis” menu items available in the main dining rooms, a new specialty restaurant concept and menu design by Chef Stone, and a new Chef’s Table experience by Curtis Stone. The offerings will be fleetwide by the end of 2015.

Delta Air Lines has invested $450 million into China Eastern Airlines, acquiring a 3.55 percent stake in the company. The five-year partnership has tripled the size of Delta’s China network and helped to connect the U.S. with business hubs like Shanghai.

NY-LON lounge bar, a joint venture by Virgin Atlantic and Delta, officially opened this week at The O2 in London. The aviation-themed lounge offers light bites and beverages, and offers a secret meeting room for business guests who want a private dining experience. The bar was inspired by the successful Delta Sky360 at Madison Square Garden.

Delta debuted the state-of-the-art upgrades on its A319s this week, which include Panasonic in-flight entertainment at every seat, 60 percent more space in overhead bins, and 110v and USB power plugs. All of Delta’s 126 A320 and A319 will receive the upgrades by summer 2017.

Alaska Airlines announced it will launch nonstop service from Portland, Oregon to Kansas City (MCI), Minneapolis-St. Paul (MSP), and Omaha (OMA), Nebraska, starting Feb. 18, 2016. The flights will be nonstop and operated by SkyWest Airlines with E175 jets, which are comparable to a 737.

Travel Pulse reports that Southwest Airlines CEO Gary Kelly announced at the Global Business Travel Association annual convention that Southwest has no plans to charge for the first two checked bags. Southwest is currently the only major U.S. carrier that doesn’t charge for checking luggage.

ICYMI: Favorite and least favorite airports in the U.S.; Best places to grab a slice; and LaGuardia to get an overall