Costa Rica’s Ostional Wildlife Refuge is known for its sea turtles who come ashore each year to lay their eggs, and this year, visitors to the park have threatened their population as thousands flocked to see the migration. However, instead of watching, many interacted with the turtles, taking selfies and even placing small children on the turtles’ backs. Already, not many hatched sea turtles survive, and now that many turtles retreated to the water without laying their eggs, the population numbers might be affected.

Discover what park rangers are doing to stop visitors from scaring the sea turtles and stepping on their nests in Tourists Taking Selfies Interrupt Nesting Sea Turtles In Costa Rica.

If you’re a fan of the popular Say Yes to the Dress TV shows (or have ever gotten married), then you know how hard it is to find a gown for your wedding day. St. Regis is here to help…for a cool $20,000 to $50,000. (You want the perfect dress for that destination wedding, right?) Partnering with Georgina Chapman and Keren Craig, co-founders of the fashion house Marchesa, the luxury hotel brand is launching The Marchesa Bridal Capsule Collection for St. Regis Hotels & Resorts. Drawing inspiration from the brand’s urban and resort destinations, such as New York, Dubai, Punta Mita, and Mumbai—these dresses are available through the St. Regis website, and all who purchase a dress will be invited for a personal fitting with Chapman and Craig and receive a stay at The St. Regis New York. 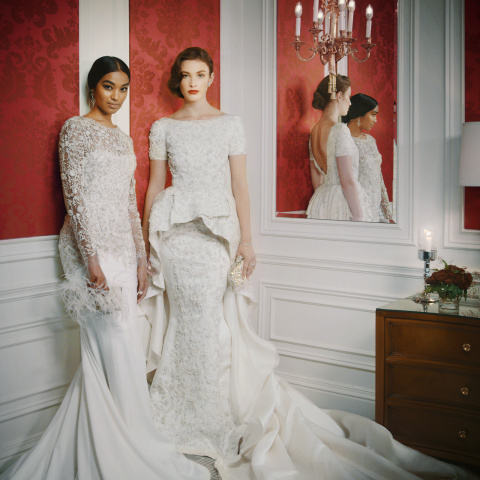 “Each design evokes the distinct style of its destination with bespoke details that appeal to brides from all parts of the world,” said Chapman in a statement. Craig continued, “The common thread of the dresses designed for St. Regis, as with all of the gowns we design, is the desire to make a woman feel her most beautiful. We are excited to offer brides another facet of St. Regis glamour for one of the most special moments of her life.” 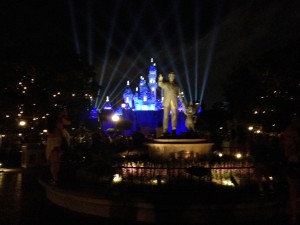 Disney Parks are known for their long-winded celebrations. (Just how many years did the Year of Million Dreams go on for?) But the Diamond Celebration gets its end date on Sept. 5, 2016. So that gives Disney fans less than 12 months to see the sparkly celebration, but no worries if you can’t make the deadline. According to the L.A. Times, Disney experts expect many of the celebration’s attraction to be repurposed to promote Disneyland’s newest addition – Star Wars Land.

Of course, Star Wars isn’t scheduled to open for years, so if you want to see these attractions, you should book your trip now.

What other characters might be coming to Disney parades and shows soon? Find out in Disneyland 60th anniversary celebration gets end date — but it may get a new use. 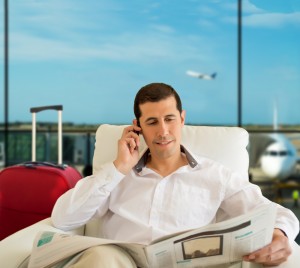 Though the 13 largest airlines have received approximately 25 percent more complaints in the first six months of 2015 than the same period in 2014, Travel Pulse makes an argument that “it’s not as bad as it seems.” First, airlines receive an average of 1.5 complaints per 100,000 passengers. Plus, the number of people flying this year has also risen, so that means more baggage handling mistakes can be made plus more passengers easily leads to longer lines at airports and more delays. Also, this year’s statistics take into account Spirit Airlines, which receives a whopping 11.20 complaints per 100,000 passengers (Frontier comes in at a close second with 10 complaints per 100,000), so that drags down the average.

So while you definitely do not want to be that 1.5 passenger out of 100,000 people, it does means that the majority of flyers experience a pleasant flight—or at least aren’t enraged enough to complain about it.

What other factors can create an unpleasant travel experience? Are Airlines Really Experiencing Record-High Numbers of Passenger Complaints? tells you what to avoid.

Baha Mar, the Phoenix of the Bahamas!

China Construction America, or CCA, has returned to the site of the biggest resort project in the Caribbean after a nine-week hiatus to assess the remaining work while the Bahamas Prime Minister Perry Christie met with CCA executives in New York. Christie received the CAA’s chairman “his full cooperation to ensure its early completion and opening,” according to Caribbean Journal.

Liquidators have been in discussions with CCA after developer Baha Mar, Ltd filed for Chapter 11 bankruptcy protection; however, a source familiar with the project claims not much progress has been made, as “the property was already 97 percent completed and that “CCA Bahamas knows, or should know, the resort.”

So will Baha Mar rise its the concrete ashes? A Baha Mar “Breakthrough” is optimistic!

Don’t have a passport? Get one now! Here’s why.

An estimated 62 percent of Americans don’t have a passport, and though you miss out on great travel destinations like all-inclusive resorts in Mexico, historical sites in Europe, and unbelievable cuisine in Asia, you can board a domestic flight to California Disneyland’s Diamond Celebration…but only if you don’t live in New York, Louisiana, Minnesota, and New Hampshire (and American Samoa!). Sometime in 2016, standard driver licenses from these states (and territory) will not be sufficient identification to even board a domestic flight as they are “noncompliant” with Real ID Act, which has been implemented in stages over the last decade. Inhabitants of these states are not required to show proof of citizenship or residency in order to get a license.

What people in these states can use is a passport or passport card, a permanent resident card, a U.S. military ID, or a DHS trusted traveler card.

So when is all this happening? And will travelers be denied boarding right away? T+L has the answers in If You’re From One of These Four States, You’ll Likely Need a Passport for a Domestic Flight.

Cruise News for Week of Sept. 21

Travel Weekly reports that the Obama Administration has made it easier for citizens who want travel or do business with Cuba by allowing them to travel by cruise ship or ferry to the island without asking for specific authorization. Carnival’s Fathom will operate mission cruises to Cuba but is awaiting Cuban government approval. Norwegian Cruise Line has applied for a license to cruise to Cuba. Commercial airlines are expected to start direct flights next year, subject to government approval.

Travel Pulse reports that Carnival Cruise Line will be operating four- and five-day cruises from Mobile, Alabama to Cozumel and Costa Maya or Progreso, beginning fall 2016. The Mobile Cruise Terminal will be the homeport of Carnival Fantasy, a 2,056-passenger ship that will be upgraded with Fun Ship 2.0 amenities, a larger spa, a water park, casino gambling, and more. Fantasy’s Mobile schedule will start on Nov. 9, 2016 and run through Nov. 27, 2017.

Royal Caribbean announced its newest Gold Card membership tier for its Club Royal, a reward and recognition program for travel agents. Members who earn more than £1000 (approximately $1500 in dollars) in rewards will earn the Gold Card tier and receive a new gold branded MasterCard with £300 to spend on a personal cruise and £25 birthday bonus. Other benefits include invitations to exclusive vents and inaugurals, and ten places on a Club Royal Panel. Gold Card members will be required to make a set number of bookings to retain their Gold status.

CruiseCritic.com reports that Royal Caribbean is looking to relocate its ports from Sydney Harbor to Botany Bay. Though the move is still three to four years away, Botany Bay is closer to Sydney International Airport and would be less crowded than the harbor, which has been prone to “chronic overcrowding.” However, if the move were to occur, cruise-goers wouldn’t miss the iconic Sydney sights as the ship would sail through the harbor at sunset.

Travel Weekly reports that Royal Caribbean International has introduced a new website for travel agents to showcase its shore excursions with tour clips, photos, and more. Visit the website here.