ICYMI: Travel jobs on the rise; Disneyland to add $1 billion expansion; and this week’s cruise updates

Travel jobs on the rise

More than 32,000 jobs were added in May to the U.S. tourism industry, and tourism employment continued to rise in June, reaching a record high of 8.1 million, according to a report released by the Labor Department and analyzed by the U.S Travel Association.

“These numbers show just how strong a contributor the travel industry is to the U.S. economy,” said David Huether, senior vice president for research and economics at the U.S. Travel Association. “In the first half of 2015 alone, the travel industry added 48,600 jobs, and since the overall employment recovery began in early 2010, the travel industry has outpaced job growth in the rest of the economy by 33 percent.”

Heuther attributes this growth to international travelers, who helped to support almost 1.1 million jobs and injected $180 billion into the U.S. economy in 2014.

See why tourism job growth has been consistent and is even expected to growin Travel Employment Achieves Record High of 8.1 million; Travel Exports Continue Consistent Growth.

Disneyland to expand in Anaheim 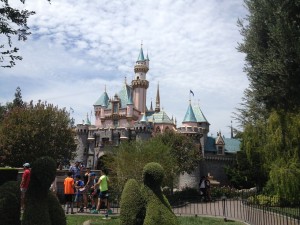 After 5.5 hours of debate, the Anaheim City Council voted to approve a deal which requires Disney to begin construction by the end of 2017 and complete a $1 billion theme park expansion plus 5,000-space parking structure in seven years, in order to keep a tax-ban on admission tickets. If Disney does not complete its end of the deal, then the tax-ban will expire; however, if Disney complete a separate $500 million project, then the ban can be expanded for another 15 years.

“What we’re talking about is that next generation of economic growth for the city of Anaheim,” Councilwoman Kris Murray said, according to The Orange County Register. “I think this will be remembered as a hallmark opportunity for economic development.”

No Disney park in the world has an admission tax.

Read more about the decision, its impact on Anaheim, and just what rides may be coming to Disneyland soon in Anaheim City Council votes 3-2 to extend gate-tax ban for Disneyland for 30 years.

Don’t look down in these suites!

Not sure where to book those adventure-seeker clients? Check out the Skylodge Adventure Suites. Each suite is a transparent pod that is attached to the side of a mountain overlooking Sacred Valley in Cuzco, Peru with 300-degree views, and can sleep up to eight. The hotel only has three “suites,” but in each one is a dining area, bathroom, and four beds. Included in your stay is breakfast, a gourmet dinner, wine, and transportation—except In order to get to your suite, you must climb 1,312 feet on a hiking trail and zipline to your accommodations.

All Aboard: Cruise News for Week of July 8

Carnival Vista, Carnival Cruise Line’s newest ship, “floated out” from its dry dock facility this week. The new ship is scheduled to debut in May 2016 and will feature the line’s first on-board brewery and the first IMAX Theatre at sea. The ship will also have Carnival’s new Family Harbor accommodations and the Havana staterooms and suites.

Travel Weekly reports that Carnival’s Fathom brand has been given approval by the U.S. government to begin cruises to Cuba, starting May 2016. Previously, Carnival had avoided business with the Castro government, as it and other major cruise lines are based in Miami, which has a large Cuban-American community.

Royal Caribbean announced that Port Canaveral will be Majesty of the Seas’ homeport, starting in summer 2016. It will sail first to the Bahamas for a drydock renovation, including upgrades and transformational new onboard amenities. Some improvements include Voom, which will provide free and unlimited Internet for guests; thrilling waterslides; family-friendly Jacuzzis; the Dreamworks Experience; an enhanced casino; and new culinary options, like Izumi with Japanese cuisine, Sabor Taqueria with Mexican delights, and Chef’s Table with an exclusive experience featuring an intimate wine-pairing dinner. The ship will sail short itineraries, including three- and four-night cruises to the Bahamas with visits to the cruise line’s private island, CocoCay.

Royal Caribbean will deploy Rhapsody of the Seas to Tampa for a seven-night Western Caribbean itinerary in winter 2016.

Travel Pulse reports that MSC Opera’s homeport will be Havana for the winter 2015-2016 season. The ship will operate 16 seven-night cruises to Jamaica, the Cayman Islands, and Mexico. The ship’s first cruise from its new homeport will be on Dec. 22, 2015.

Travel Weekly reports that MSC Cruises has suspended all calls to Tunisia for the 2015-2016 season. It had scheduled calls at La Goulette from Nov. 15 to April 23 on the MSC Prezisosa. The ship will now call in Malta. The MSC Magnifica and MSC Poesnia, which also were to call in La Goulette, will spend a full day in Alicante, Spain.

Check out more travel updates from this week!

Save the Date – Upcoming Events for 2015

The Sands of Summer – Top Sand Sculpting Competitors and Competitions