ICYMI: Update on Hurricane Joaquin; To Be Plugged or Not to Be Plugged; and Grand Velas’s New Tech Concierge

Uncertainly still circles around Hurricane Joaquin and its course, but as it turned into a Category 4, states are readying for impact. Latest trajectory shows the system might bypass the Mid-Atlantic and batter the Northeast as a tropical storm, or as some models predict, not even make landfall in the United States. Florida looks clear in the all the models, but the hurricane is moving through the Bahamas. Top winds might reach 140 mph, and forecasters expect the system, which rapidly intensified from a tropical storm to a Category 4 hurricane in less than three days, to weaken just as quickly.

Though originally predicted to hit North Carolina’s Outer Banks with 100 mph winds, Joaquin might by pass North Carolina all together and approach the Northeast by Tuesday, but if it does make landfall, the number of the East Coast could be in for record rainfall with as many as 20 inches to fall between Friday and Sunday in parts of Georgia, the Carolinas, and Virginia. New Jersey has already declared a state of emergency, as has Virginia and North Carolina.

What are governors saying about Joaquin? Find out in Historic Rains Likely for Carolinas, Virginia; Hurricane Joaquin Gains Power. 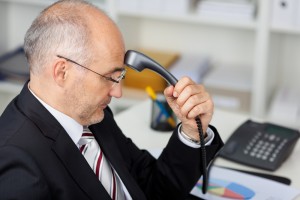 You’d think it would be a no-brainer to take vacation days, but those pesky deadlines keep creeping up. Plus, that presentation isn’t going to give itself, so you have to—and it’s showing. According to Project: Time Off, Americans are getting less vacation time than they did 15 years ago—four days less to be exact. From 1976 to 2000, Americans took an average of 20.3 vacation days (what they did on the .3, who knows), but now Americans take just 16 vacation days.

“It’s hurting our relationships, it’s hurting our health, it’s hurting our business and it’s hurting the broader economy, said Gary Oster, managing director of Project: Time Off, in an article by Travel Weekly. “The honest truth is, we’re missing out.” Bruce Elliott, manager of compensation benefits at the Society for Human Resource Manager, agrees, stating that companies where employees take a vacation see higher levels of revenue and productivity. And when employees take a vacation, what’s stopping them from enjoying their time away from the office? Find out in Vacations said to benefit employers as well as workers. 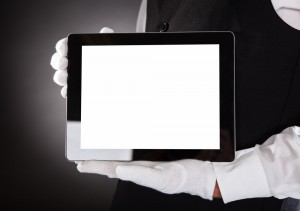 After launching the Digital Detox Challenge, which awarded families for going three days without their phones, tablets, and laptops, Grand Velas wants to give their tech-loving guests equal treatment with their new Tech Concierge. The Tech Concierge will help with troubleshooting any digital issues, so “guests may spend more time enjoying the Mexican sun and less time struggling with tech problems,” Grand Velas said in a release.

So which part of the digital divide are you on? Learn more about the Tech Concierge and his/her duties in Velas Resorts Now Offering a Tech Concierge.

Discovery Destinations is ready to take you on an adventure with its new “adventure resorts,” debuting this fall. The resorts — which include House on Metolius in Camp Sherman, Ore.; Nantahala Outdoor Center in Bryson City, N.C.; and Shaker Village of Pleasant Hill in Harrodsburg, Ky., and the Andaman Resort in Moganshan, China — will offer such activities as zip-lining, eco-tours, hiking, deep-sea diving, and nature walks.

Don’t look down in the Shiniuzhai National Geological Park!

Haohan Qiao, or “Brave Men’s Bridge,” is the latest glass-bottom bridge to debut. This 590-foot high glass walkway has panes 12 inches thick and 25 times stronger than normal glass. “The bridge we build will stand firm even if tourists are jumping on it,” a worker who constructed the bridge told the state-owned China News Service (as reported by CNN). “The steel frame used to support and encase the glass bridge is also very strong and densely built, so even if a glass is broken, travelers won’t fall through.”

This (terrifying) 300-meter-long bridge is the first in China to be made of all glass! The bridge is suspended 180-meters above ground between two cliffs in Hunan’s Shiniuzhai National Geological Park.

But if that’s not enough of a thrill for you, another bridge is being constructed in the Zhangjiajie Grand Canyon area, which will be the world’s highest and longest glass bridge when completed.

Just how high and long will it be? Find out in China opens terrifying glass-bottomed bridge in Shiniuzhai park.

…and you need a reason to go to a zoo. Though you may not be able to see this little guy, the San Diego Zoo has koala joeys, baby lemur, jaguar cubs, and even a Masai giraffe cub. The zoo also offers safaris, like a Jungle Ropes Safari where you can take to the trees like a monkey through a ropes course or take a Caravan Safari into two field enclosures to get an up-close look at Asian and African birds and mammals.

(Video not from the San Diego Zoo)