ICYMI: Legoland Dollars listed as official money; Are you actually a foodie; and this week’s air updates

Legoland Dollars—only dollar that gets you “an additional $39.95 in added value” 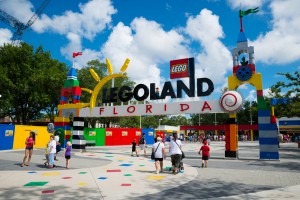 Legoland Dollars are the only theme park currency to be listed as official money on Travelex’s currency exchange board, and though the exchange rate to U.S. dollars is 1:1, guests who exchange $50 dollars will also receive free parking, an upgrade to the Legoland Water Park, and other exclusive benefits.

“By using Legoland Dollars with a playful design, it builds on the immersive experience for young guests,” said Legoland Florida Resort general manager Adrian Jones in a statement. “Although we accept U.S. currency, only Legoland Dollars will get you an additional $39.25 in added value.”

However, Legoland Dollars are not redeemable for cash and are nonrefundable, according to Travelex.

Find out how long Travelex will offer Legoland Dollars and in which airports can you get them in Legoland Florida First Theme Park to Have Currency Listed on Exchange Board. 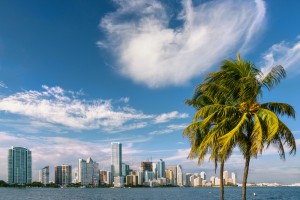 …or you might miss out! Within the first 24 hours, Regent Seven Seas’s World Cruise booked more than 70 percent of cabins for its 2017 Miami departure.  The cruise begins January 5, 2017 and will journey to 62 port, 31 countries, and six continents on its 128-day voyage.

The World Cruise on the all-suite Seven Seas Navigator starts at a mere $53,999 per person, though the largest rooms cost up to $159,999 per person.

Find out just how many people can take this world cruise in Wealth on the High Seas: $100,000 Cruise Nearly Sells Out in a Day.

You may like food, but are you actually a foodie?

CNN helps you find out the truth between the taco shells with 21 signs that prove if you are a foodie. Of course, some of the criteria may seem like an artistic preference: “2. You firmly believe beautiful food is to be appreciated…” while others can just chalk it up to your hungry stomach: “6. You’re so excited to eat you forget to take a photo of your meal.” But some of are undeniably foodie truths: “14. Canada’s most delicious dish is no mystery to you.”

I’m actually not sure what this is…

…but I am definitely – “21. You can’t even handle being asked about food.”

According to Rozman Mashor on Facebook, “You know you’re a foodie when you can’t finish the sentence because you’re too busy eating.”

…getting off the plane first. According to FlightView, more than 50 percent of responders said they would pay more for this quirky amenity. However, there is a simple solution for that, according to Flight Attendant and New York Times Best-Selling Author Heather Poole, “People already pay to get off first, it’s called first class,” said Poole. “Why do you think it costs so much? They’re basically paying for a few more inches of space, a bottle of water, a shorter line to the bathroom, free drinks, and the opportunity to get on and off first.”

Other ways include extra-legroom rows and premium economy seats. But as the Huffing Post says, no doubt airlines will find a way to make this “a thing.”

Grab Hufftington Post’s Summer Tips in Here’s One Odd Airplane Fee Many Flyers Would Be Willing To Pay.

Air Updates for Week of August 3

Delta Air Lines released a statement this week banning the shipment of all lion, leopard, elephant, rhinoceros, and buffalo trophies worldwide as freight.

Delta also announced its first private-jet upgrade, given to Delta SkyMiles Medallion members Bruce and Jeanette Rogovin. The couple flew from Cincinnati airport to Hartsfield-Jackson Atlanta International Airport to visit their son. The private flight included a flight attendant, complimentary champagne, chocolate-covered strawberries, and lunch. The service is part of Delta Vacations and lets Medallion members upgrade their tickets to travel via Delta Private Jets for an additional fee. The fee includes transportation to and from the private airport and the main commercial terminal, and complimentary on-board catering.

Travel Weekly reports that Frontier Airlines has begun selling its new package called “The Works,” which includes a carry-on bag, a checked bag, no change fees, priority boarding, access to the best seat at time of booking, and a full refund on cancellations at least 24 hours prior to scheduled departure. The prices vary from $49 to $83, depending upon connections and roundtrip purchase.

Travel Pulse reports that Midway International Airport will receive a $248 million expansion of concessional facilities, the terminal parking garage, and security checkpoint. Concession areas, stores, and restaurants will receive renovations while the airport will receive new shopping, dining, lounges, spa services, and medical services. A new 80,000-square-foot security hall will be built, and four levels and 1,400 parking spaces will be added to the terminal garage. The pedestrian bridge over Cicero Avenue will increase to 300 feet. The city hopes to start receiving bids in September. No timeframe on when work will actually begin. The airport’s largest carrier is Southwest Airlines.