Underwater volcano heats up the Caribbean and the alert levels

The Seismic Research Centre (SRC) of the University of West Indies issued an orange alert for the “Kick ‘em Jenny” submarine volcano in Grenada. “Orange” is the second-highest warning level and means an eruption can begin in less than 24-hours notice. The volcano has seen more than 200 micro and small earthquakes within the past two weeks and has a history of eruptions since its first major one in 1939, which created a series of small tsunamis. The governments of Grenada, St. Vincent, Barbados, and Trinidad & Tobago have been put on alert and should be advising residents of evacuation routes in case of a tsunami.

Barbados authorities reiterate that that no watches or warnings have issued, and authorities in Grenada have not moved residents from coastal areas. According to Caribbean Journal, all ships must sail outside the first exclusion zone or less than a mile away from the summit. All non-essential ships, including “pleasure craft,” are asked to stay more than three miles from the summit.

The last time Kick ‘em Jenny erupted was in 2001, and most of its eruptions are only heard or seen as smoke.

Read more about the situation in Experts warn of possible imminent eruption of Kick’em Jenny volcano. 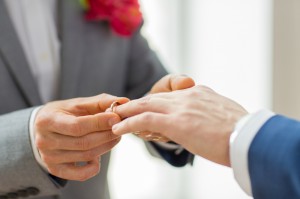 With the Supreme Court ruling in favor of same-sex marriage, Las Vegas is looking to see an increase in gay weddings, and though the city originally saw a spike in weddings when the Ninth Circuit Court struck down Nevada’s ban on same-sex marriage in October, approximately 4.5% of Clark County’s annual 80,000 marriage licenses are issued to same-sex couples. That’s nearly $90 million of the annual $2 billion wedding tourism.

However, LGBT couples have been flocking to Vegas to hold commitment ceremonies in chapels for years, and the Caesars Entertainment, MGM Resorts, and Las Vegas Sands Corp. have long been marketing to same-sex guests, according to Michael Dimengo, CEO of Gay and Lesbian Community Center of Southern Nevada. Dimengo does expect to see a rise in the number of gay weddings now that couples have the right to marry.

Find out how chapels are embracing this new decision in Gay couples a boon to Las Vegas weddings biz.

Banking gets easier between the U.S. and Cuba

Following the raising of the flag at the Cuban embassy in New York, a Florida bank and a Cuban bank (Stonegate Bank and Banco Internacional de Comercio S.A., respectively) signed a deal to establish a correspondent account for Stonegate in Cuba, creating a channel to process transactions directly. Previously, U.S. businesses had used U.S. treasury licenses to send funds, but commercial deals needed a bank in a third country to complete the process. Now, commercial businesses can use a correspondent account to send money across international borders.

Find out when U.S. credit card companies are looking to start processing Cuban transactions in Doing business in Cuba just got a whole lot easier.

Check out pictures of these awesome bungalows in Introducing Over-the-Pool Cabanas at Secrets Silversands!

The volcano in front of the Mirage casino-hotel might be a mirage all its own. The hotel has changed the schedule of the volcano’s eruptions to Sunday through Thursday, starting at 8 p.m. and ending on 9 p.m., with an additional 10 p.m. show on Fridays and Saturdays. Previously, the volcano used to erupt every half-hour, starting at dusk and ending at midnight.

“With the variety of offerings on the Las Vegas Strip today, in contrast to 25 years ago, it made sense to us to reduce the number of shows in a way that wouldn’t diminish the visitor experience,” according to a statement from MGM Resorts Inc., which owns The Mirage casino-hotel.

At the moment, MGM says it has no plans to change the frequency of the Bellagio fountain show.

See what led to change and what this signals for the Vegas Strip in The Mirage volcano in Las Vegas to erupt less frequently.

All Aboard: Cruise News for Week of July 22