ICYMI: Favorite and least favorite airports in the U.S.; Best places to grab a slice; and LaGuardia to get an overhaul

With the rise of social media, travelers have taken to the Internet to praise or to vent after clearing airport security, so travelmath.com analyzed tweets from January to April 2015 that mentioned @TSA and related hashtags, such as #thankstsa, to comply a list of the favorite and least favorite airport security teams. 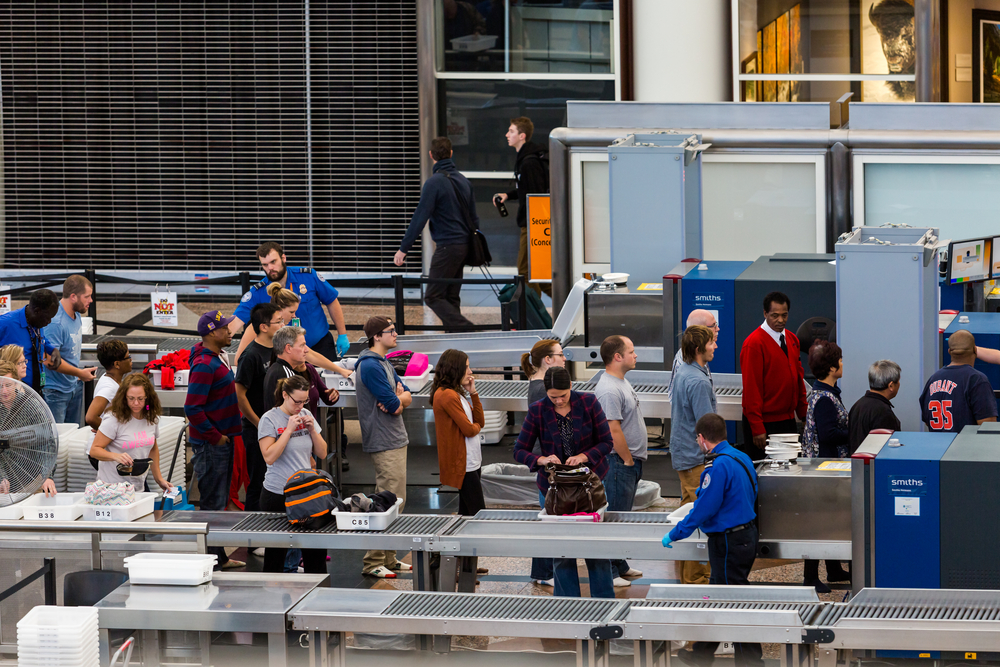 To see where your local TSA officers rank, check out TSA Sentiment According to Twitter.

Welcome to the First World, LaGuardia!

Following Vice President Joe Biden comparing LaGuardia to a “Third World country,” the New York airport will be getting a $4 billion overhaul, starting in early 2016. According to Governor Cuomo, all four terminals will be torn down and replaced by “a unified terminal,” reports Travel Weekly. It will also boast a new 200-room hotel, parking garages, and more operational space, as the entire terminal will be moved 600 feet closer to the Grand Central Parkway, allowing for more operational space and fewer gate delays. Though the Port Authority of New York and New Jersey operate terminals A and B, Delta, who operates C and D, will also participate in the overhauls.

Just how long will it take for LaGuardia to be a first-world airport? Find out in LaGuardia $4 billion overhaul to result in single terminal.

Boarding pass on your phone? Alaska Airlines scoffs at you.

Welcome to the future of boarding passes. All you need is your finger! Alaska Airlines and CLEAR began a trial program in April using frequent where passengers only need to have their finger scanned to get on board the aircraft.

Of course, not everything is smooth flying. Some flyers say they forgot their seat assignments. The scanning process, too, takes longer—2.5 seconds compared to 0.5 seconds (and that can add up with a plane-ful of people). Plus, one woman needed to have her finger scanned 12 times before she was let through security. Still, Alaska Airlines and CLEAR are hopeful that this new program will take off.

As for my editor, he’s looking to move to a cabin in the woods.

New York or Chicago has the best pizza? Have you ever been to Old Forge, Penn.? Its Main Street includes five pizza joints that make “trays,” each topped with three different cheese and a sweet sauce.

Of course, TripAdvisor disagrees with me in its latest “Best Pizza Parlors in the U.S.,” and I don’t blame them. Most people don’t venture out into a small town in the Wilks-Barre-Scranton corridor for an Italian specialty, but when they visit New York, Chicago, and even Orlando and San Francisco, they might partake in a scrumptious carb treat.

But what is the number one pizzeria in all of America as well as the top three pizzerias in each major pizza city? Check out TripAdvisor: Best Pizza Parlors in the U.S.

The Olympics have helped to create some of the world’s iconic structures, including the Bird’s Nest and the Big O, but London is doing something quite different with its Olympic leftovers. The Orbit Tower soon will be transformed into the world’s “longest and tallest tunnel slide,” according to the BBC. The slide will be 584 feet in length and 249 feet in high, and take about 40 seconds to descend.

“We are committed to ensuring our visitors have the best possible day out every time they visit,” said Peter Tudor of Queen Elizabeth Olympic Park, “and as with all our venues, we are constantly exploring ways to ensure we lead the way with the latest visitor experience.”

The slide is scheduled to open in Spring 2016, but how much will one slide cost travelers? Olympic Park Orbit tower slide plans given go ahead, has your answer!

Travel Updates for Week of July 27