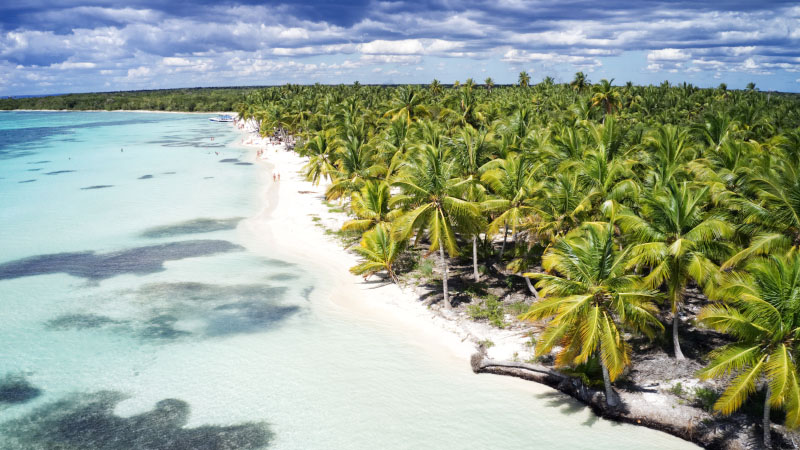 A pretty famous guy found the island
He may not have actually discovered America, but Christopher Columbus definitely discovered the Dominican Republic. Arriving on December 5th, 1492 during his first new-world voyage, Columbus claimed the island (currently home to both the DR and Haiti known as Hispaniola) for Spain and named it La Española.

Your last chocolate bar may have started here
The Dominican Republic is one of the top ten producers and manufacturers of cocoa in the world and is especially known for being the largest producer of organic, sustainable cocoa beans. Chocolate lovers rejoice, because there are plenty of cocoa tours available on the island.

A home for an endangered species
While you’re in the DR, keep an eye out for the rhinoceros iguana—an endangered lizard species that is found primarily on the island of Hispaniola. According to the International Iguana Foundation, there are only 10,000 to 17,000 left. Growing up to three feet in length from snout to tail, you can find these iguanas in the tropical and coastal forest areas.

A wonderous spot for whale watching
Speaking of animal sightings, if you visit between December and March you’ll have the opportunity to spot humpback whales. Considered one of the best places in the world for humpback whale watching, each year, approximately 2000 of these magnificent creatures migrate down to the Dominican Republic’s Samana Bay to reproduce in the warm waters. 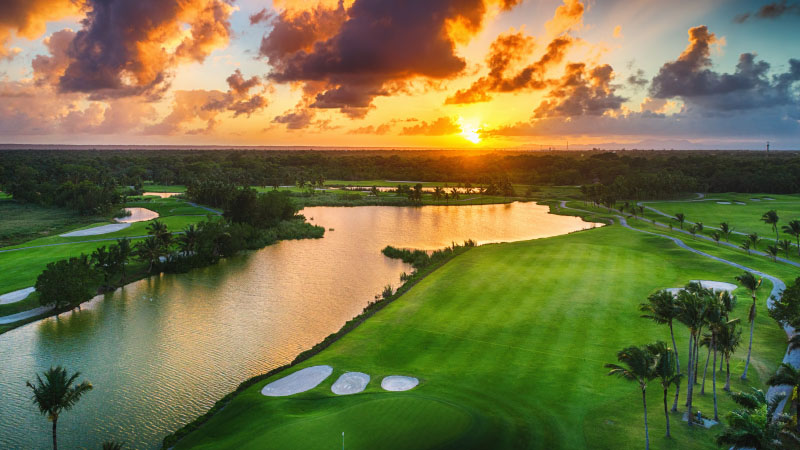 You can golf like the pros
If golf is your thing, Punta Cana is your place. With more than a dozen pro-level courses designed by the world’s most renowned golf architects, Punta Cana has also hosted the PGA Champion tour multiple times.

The favorite sport is a home run
In the Dominican Republic baseball isn’t just a favorite sport, it’s a lifestyle. Known as “pelota,” it’s a national passion that has come to symbolize the dream of a better future. Some of America’s best ball players come from the DR, including David Ortiz, Sammy Sosa, and Pedro Martínez.

The only island to find this rare jewel
Speaking of mountains, the incredibly rare blue gemstone larimar can only be found in one place in the entire world—the mountainous area of Barahona in the Dominican Republic. Island legends claim the stone was once easily found on the beach, leading to early theories that it was actually produced by the sea. Today, we know the stones fled downstream through local rivers, where they later washed up along the shore. 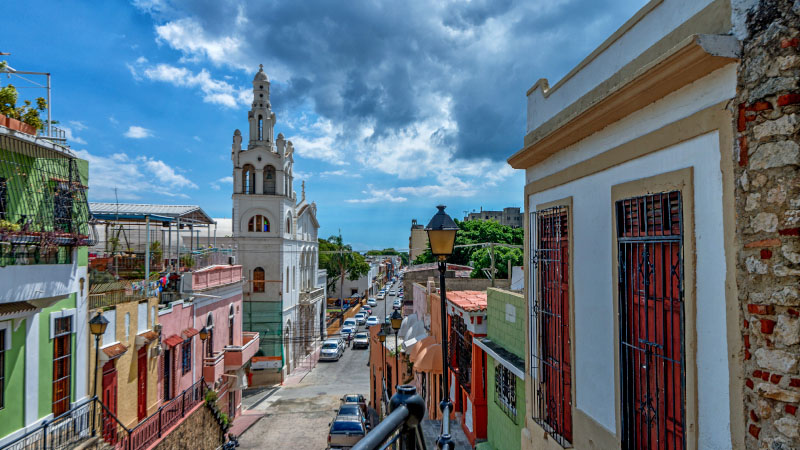 Dominican Republic’s national dish
While you’re on the island you’ll have to try the country’s national dish, la bandera Dominica (or just la bandera). Translating to “the Dominican flag,” this flavorful recipe mimics the colors of the national flag and is traditionally made with stewed beans, white rice, plenty of spices, and any kind of meat.

A drink made with twigs and tree bark
Pair your la bandera with the dark red, indigenous drink, known as mama juana (and sometimes mamajuana). Decidedly divisive in flavor, this alcoholic beverage has a unique flavor made with rum, red wine, honey, twigs, tree bark, and herbs, and is taken in a quick shot. It was created as an all-purpose, herbal medicinal product and now can be found almost everywhere, with each version slightly different from another.

Taking the Caribbean to new heights
Pico Duarte—the highest mountain peak in the entire Caribbean—is nestled between two national parks and can be reached in either two or three-day hiking excursions. Whichever route you take will offer unbelievable views and the bragging rights of climbing a mountain that’s over 10,000 feet! 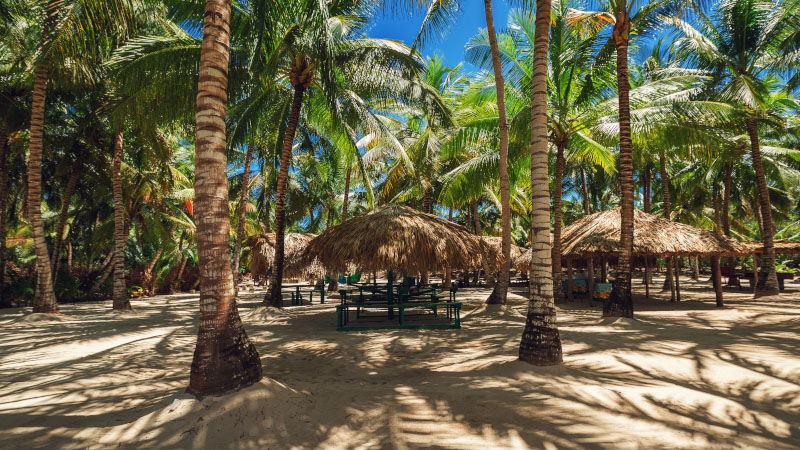 Beaches right out of a movie set
If you want to feel like you’re stepping into a Caribbean movie set, Saona Island is your place. A day excursion from Punta Cana, this tropical paradise is literally known for its breathtaking beaches with a deserted island feel. It’s the location for many ads and movies, including The Blue Lagoon and Pirates of the Caribbean.

From the local delicacies and amazing animals to the country’s unique and stunning landscapes, there are endless ways to explore the Dominican Republic. Contact a GOGO-back travel advisor to plan your next island getaway.

Please note: Travel requirements and health standards are continually changing. Visit our parent company Flight Centre Travel Group’s COVID-19 Travel Map for up-to-date information. Advisors, if you have any questions feel free to contact us. More important than ever, travel experts are equipped with advice and information to help you travel responsibly and confidently. If you’re a traveler with a question, please reach out to your GOGO-backed advisor for more information. Travel with us.