6 Jamaican Dishes to Spice up Your Life 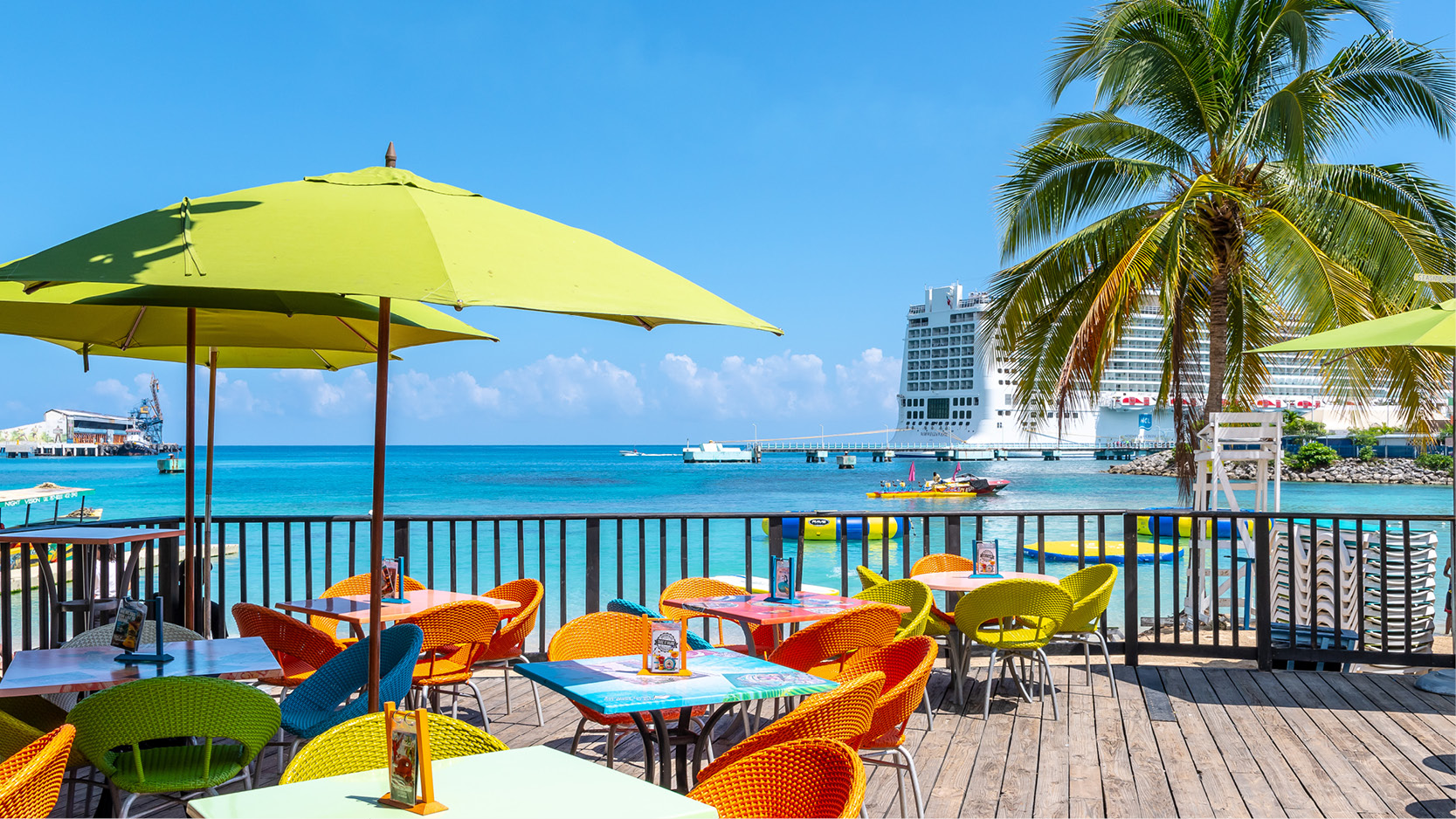 Reggae, rum, a laid back atmosphere… Jamaica is famous for so many things. And one of those is its traditional island foods and flavors. From well-known jerk chicken to less prominent foods like oxtail and bammy, exploring new culinary creations is an excellent way to really immerse yourself in your Caribbean destination. Experience these unique dishes on your next Jamaican getaway. Or save yourself a flight and find them in a Caribbean-style restaurant in your local area for takeout. You’ll get to bring a little bit of the Jamaican experience right into your own home. 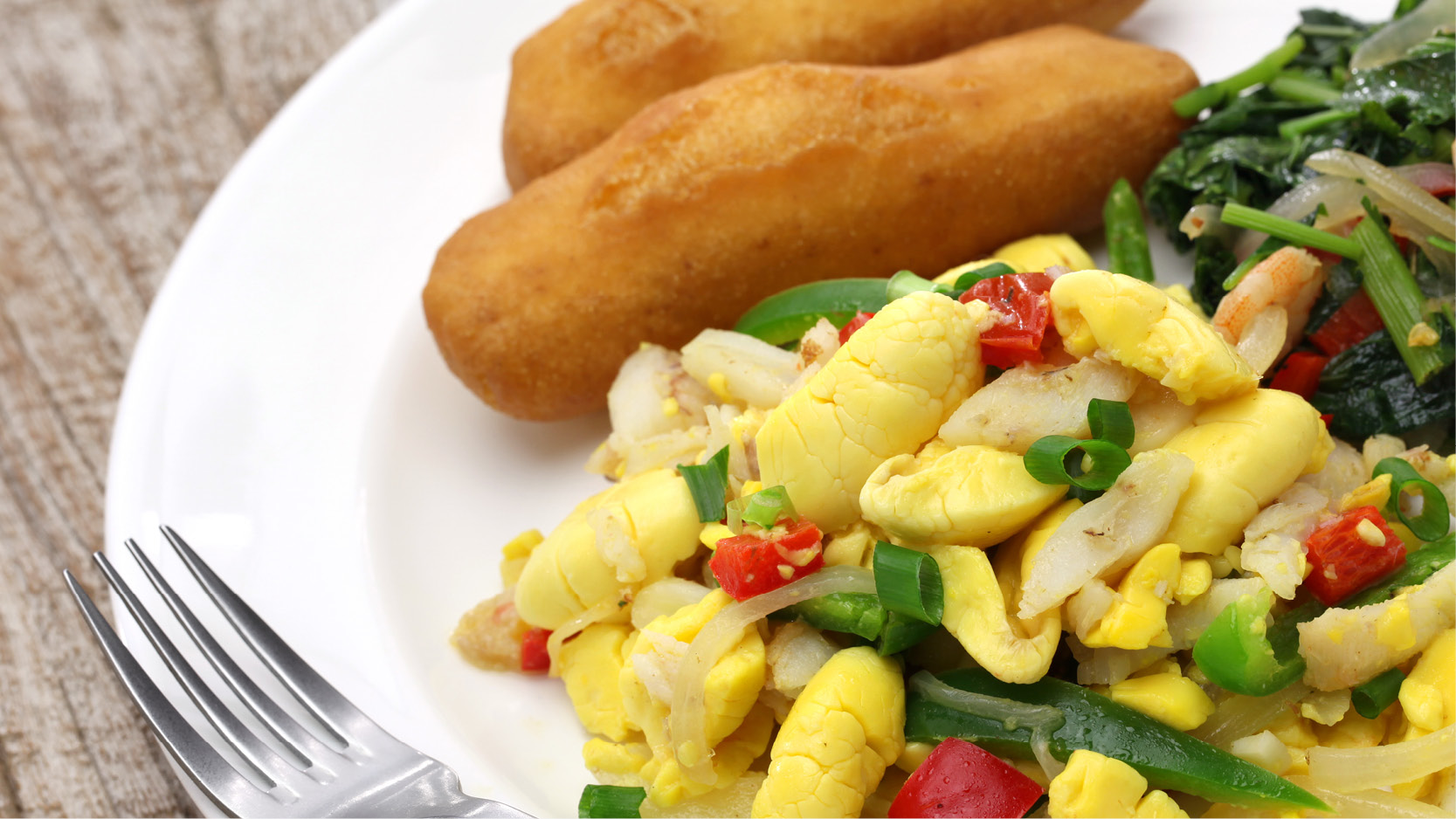 This is definitely a dish that stands out—and you’ll either love it or hate it. But it’s Jamaica’s national dish, so if you really want the most authentic experience possible, give it a try. Ackee and saltfish is typically served at weekend breakfast, but it may appear at dinnertime as well. Preparation starts with soaking salt fish (dried cod usually) and breaking it up along with pre-boiled ackee (Jamaica’s national fruit with soft yellow flesh), and a variety of extras like onions, tomatoes, Scotch bonnet peppers (a chili pepper you’ll see again and again in Jamaican cooking), and other spices. It’s then plated next to bammy, breadfruit, or even bacon and resembles a scrambled egg dish—but it won’t taste like it.  It’s definitely an acquired taste, but one you should attempt at least once. 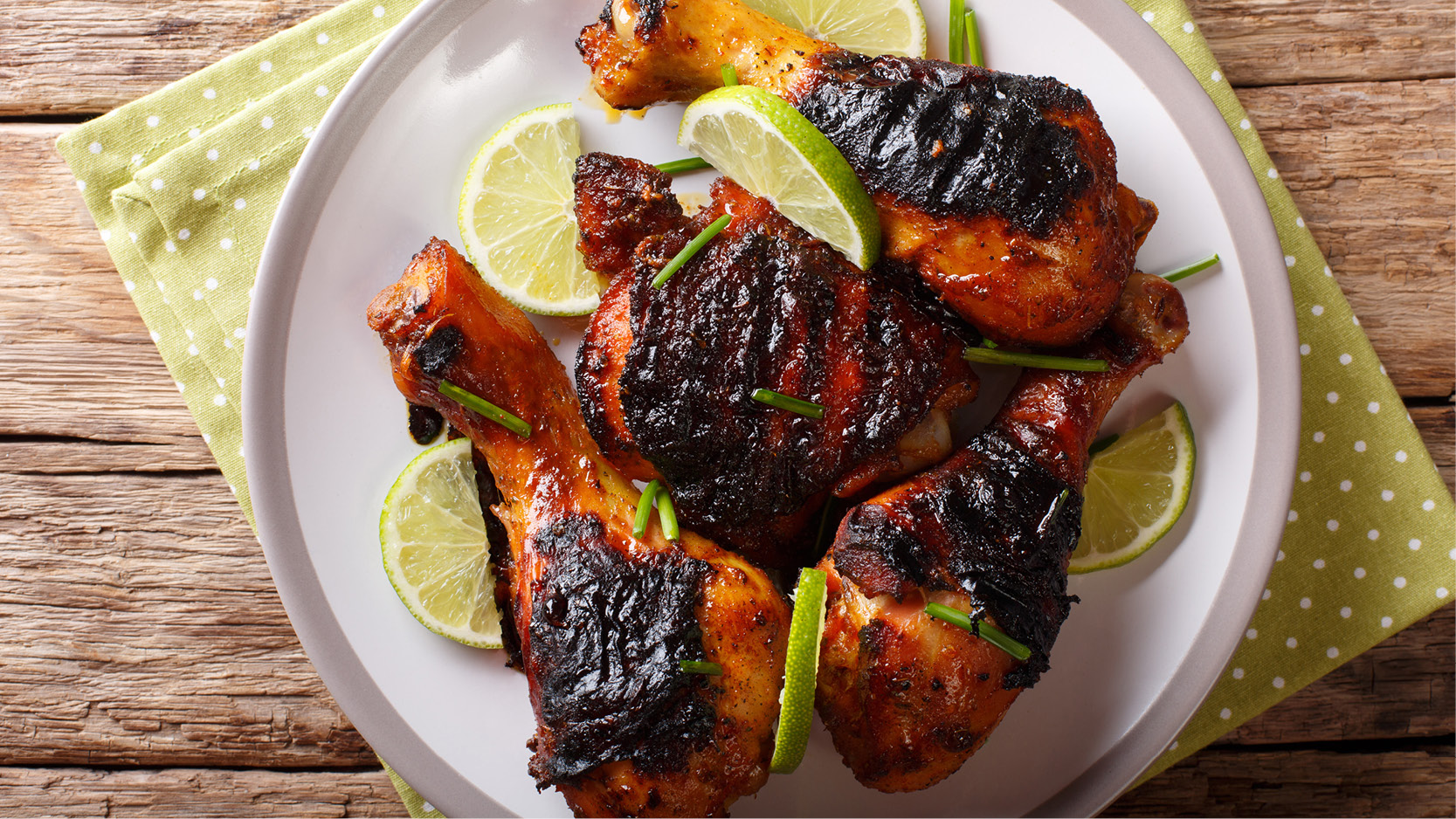 When you think of Jamaican cuisine, you probably picture jerk food. Usually made with chicken, jerk refers to the traditional method for preparing the meat by either marinating it or rubbing it with an intense, flavorful combination of spices, including allspice, Scotch bonnet peppers, cinnamon, nutmeg, clove, ginger, garlic, and thyme. The meat is then either slow cooked over a smoking wood fire or placed in repurposed oil barrel drums and smoked. When ready, the chicken—or beef, pork, goat, or fish—is smoky, charred, and packed with spicy flavor. In Jamaica you can find jerk food everywhere from street jerk stands to higher end dining establishments. It’s also one of the national dishes that’s easiest to find in your local area. 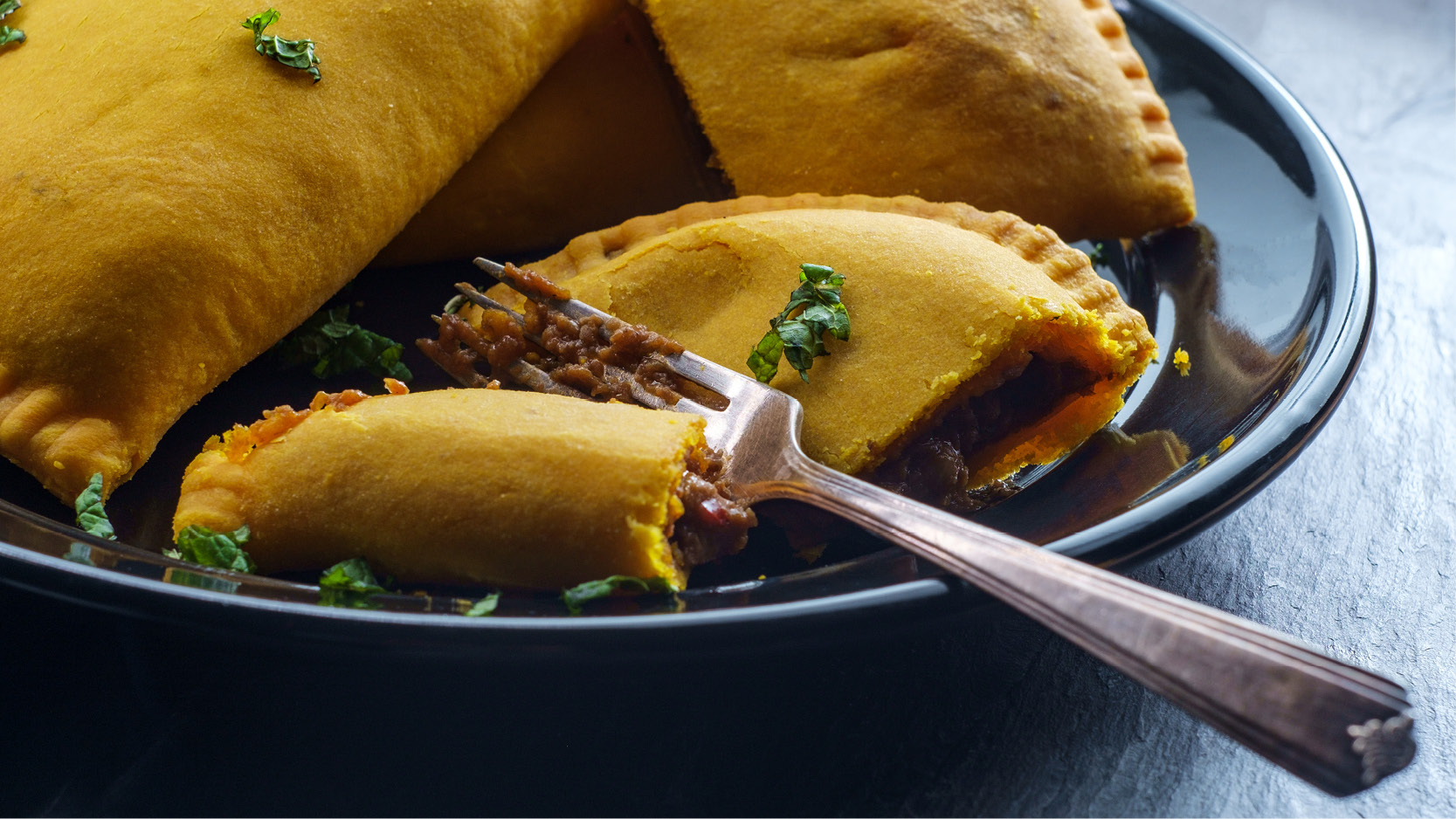 If you’ve ever had a Latin America empanada, you’ll probably love it’s cousin, the Jamaican beef patty. One of the most recognizable foods in Jamaica, the patty is usually filled with beef, but you’ll find fish, shrimp, and chicken varieties too, along with plenty of spices like allspice, paprika, garlic, and Scotch bonnet peppers. Surrounding the filling is a delectably flaky, light crust flavored with turmeric. The end result is a hot, bubbling filling with a crispy, golden exterior for a hand-held meal that’s perfect for when you’re in route to your next beach adventure. 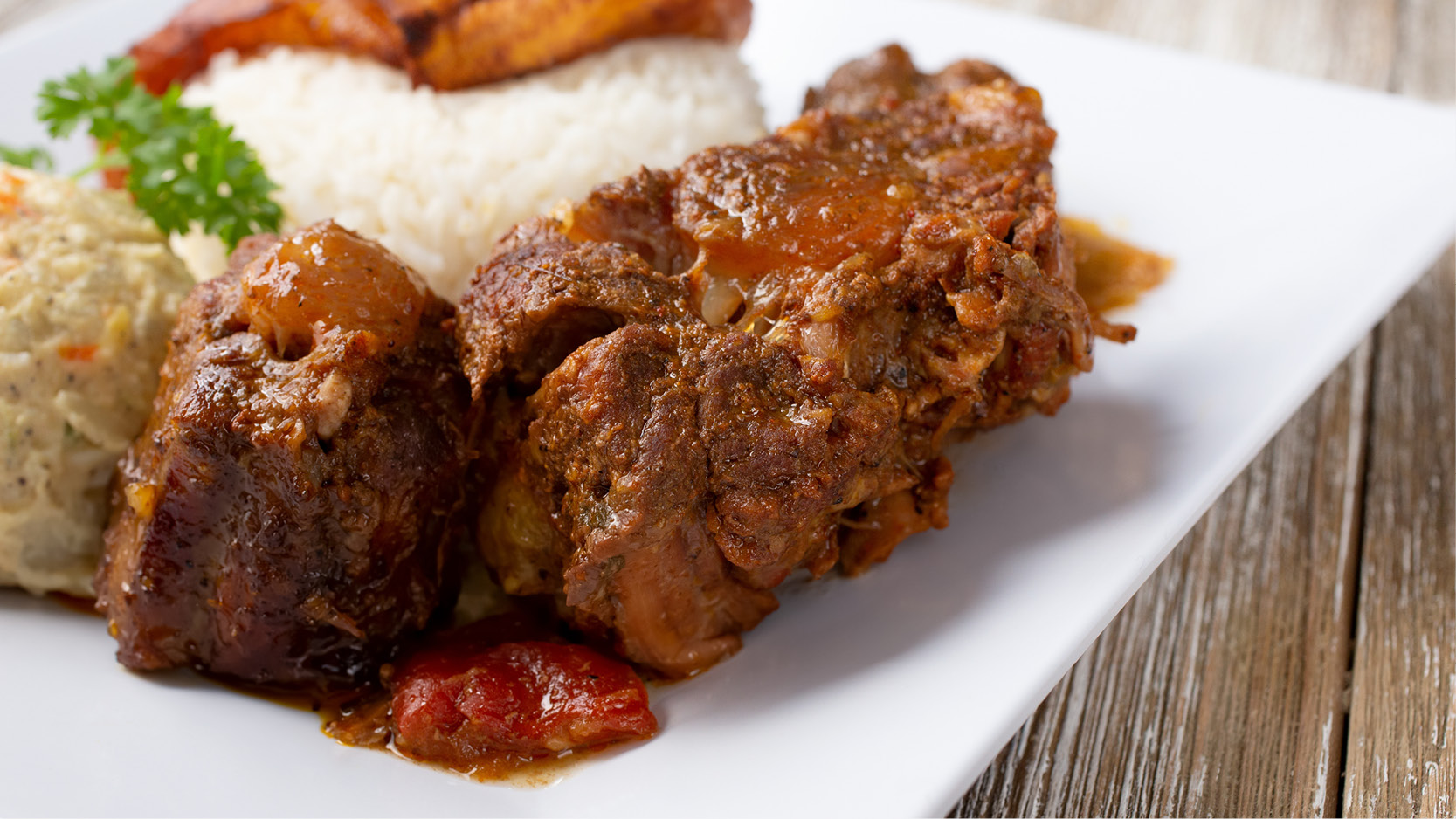 A popular Caribbean staple, with each island adding its own unique spin, oxtail is said to have gained popularity when locals needed to take advantage of every part of the animal. Originally it was indeed made with ox, but today an oxtail dish can actually be made any type of cattle. Due to its high gelatin content, oxtail is best when cooked low and slow, so that the meat falls off the bone sort of like braised short ribs or pulled brisket. It’s usually slow braised and then stewed with a variety of different spices or marinades. For the rustic and hearty oxtail stew, you’ll find your bowl filled with tomatoes, butter beans, spices, and more. Braised oxtail is usually served alongside rice and red beans.

Like oxtail, many Caribbean countries have their own way of making goat curry. A popular protein around the world, goat isn’t as celebrated here in America as it else elsewhere. More expensive than beef or chicken, Jamaican locals love to serve goat on special occasions and celebrations. It also happens to be one of the island’s most iconic dishes. A global culinary tradition, curry is also different depending on where in the world it’s being made. Jamaican curry is super spicy thanks to garlic, onion, allspice, Scotch bonnet peppers, and turmeric, along with tomatoes and coconut milk to round out its flavor profile. Serve it with a hot bowl of rice and peas and you have a comforting dish that’s both rich and rewarding. 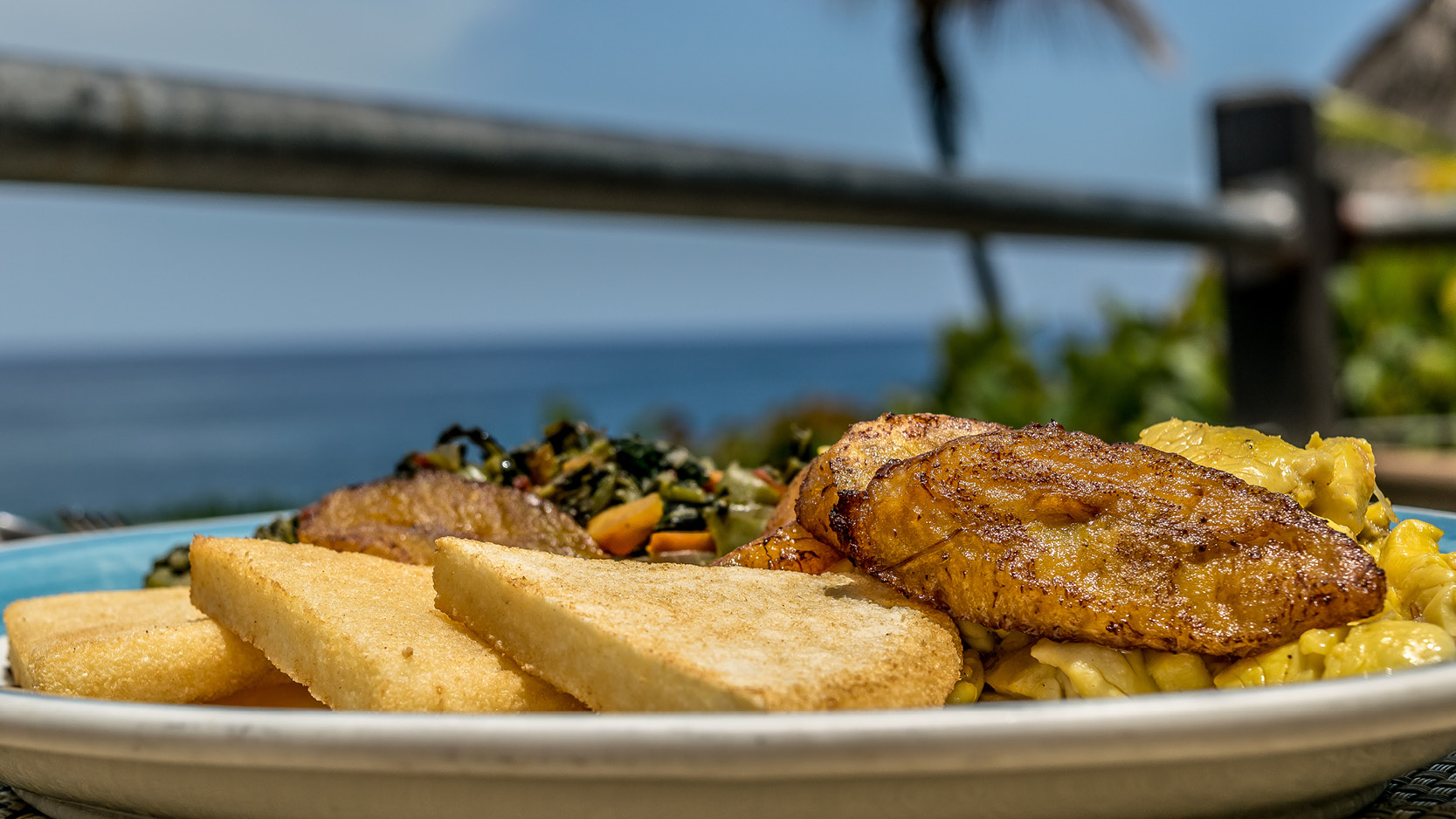 Also known as bami, it’s similar to a yuca bread and is made from grated cassava—a root vegetable—that’s formed into discs and then cut into triangles before being fried in a skillet. Other times bammies are soaked in coconut milk and then baked, steamed, or fried. Perfect as a sweet or savory, bammies can be served with fried fish, beef, or even cheese. Or they’re served at breakfast covered in a sweet syrup.

Some of these dishes can be found within miles of your own home with a quick internet search (or make your own if you’re feeling ambitious). But for the most authentic Jamaican meal experience, you have to eat on the island itself. Start planning your next Jamaican vacation by contacting your GOGO-backed travel advisor consultant to get started.